In this part I will discuss the electronic design and sensor modalities of the hand prototype.

This is an overview of the electronics and sensors used: 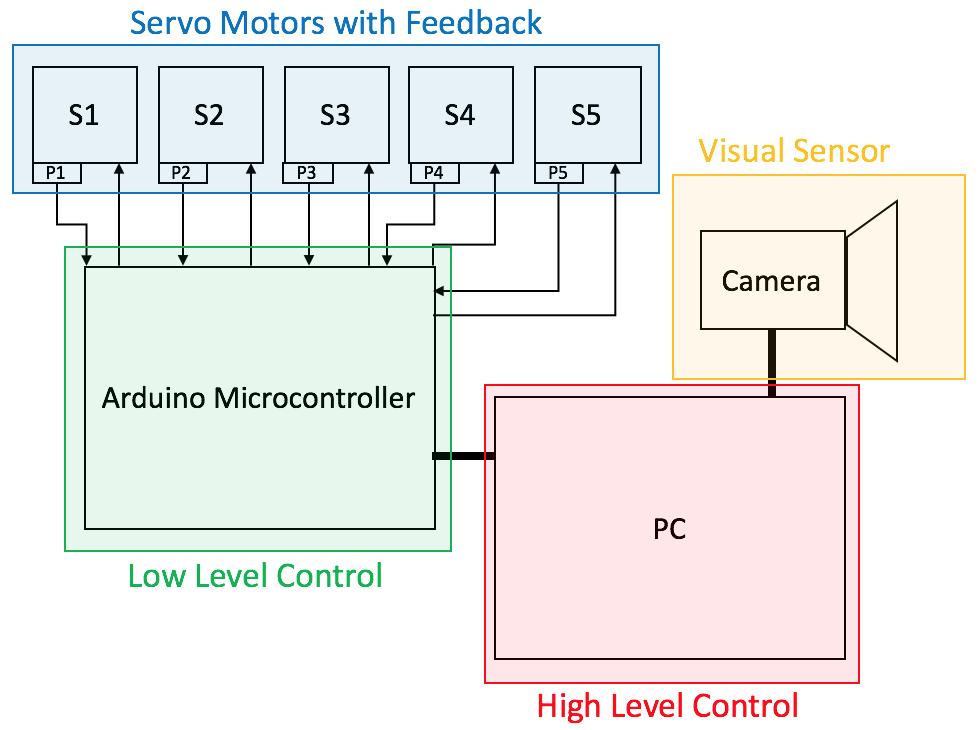 Like the design of the hand chassis the electronic design and sensor modalities evolved over time.

I originally intended to use force-sensitive resistors to measure whether a finger has made contact with an object. The resistors’ range and accuracy on breadboard was acceptable, however, when integrated into the hand I found that they were prone to breakage and often did not encounter enough pressure to change resistance when in contact with an object.

heres a flow chart from the article that sums it up: 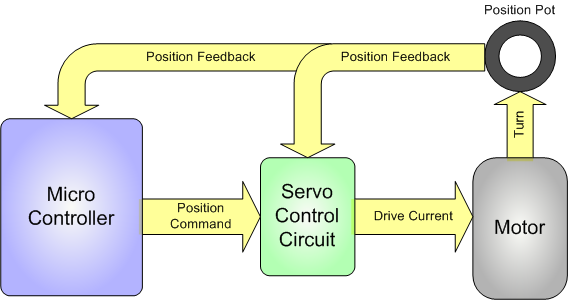 After starting off with an Arduino UnoI decided to use an Arduino Mega 2560 because it has loads of analog inputs should I want to add more sensors in the future.

The analogue feedback sensors are controlled by PWM pins D2-D6 on the Arduino Mega 2560, and the feedback values read by analogue inputs A2 – A6: 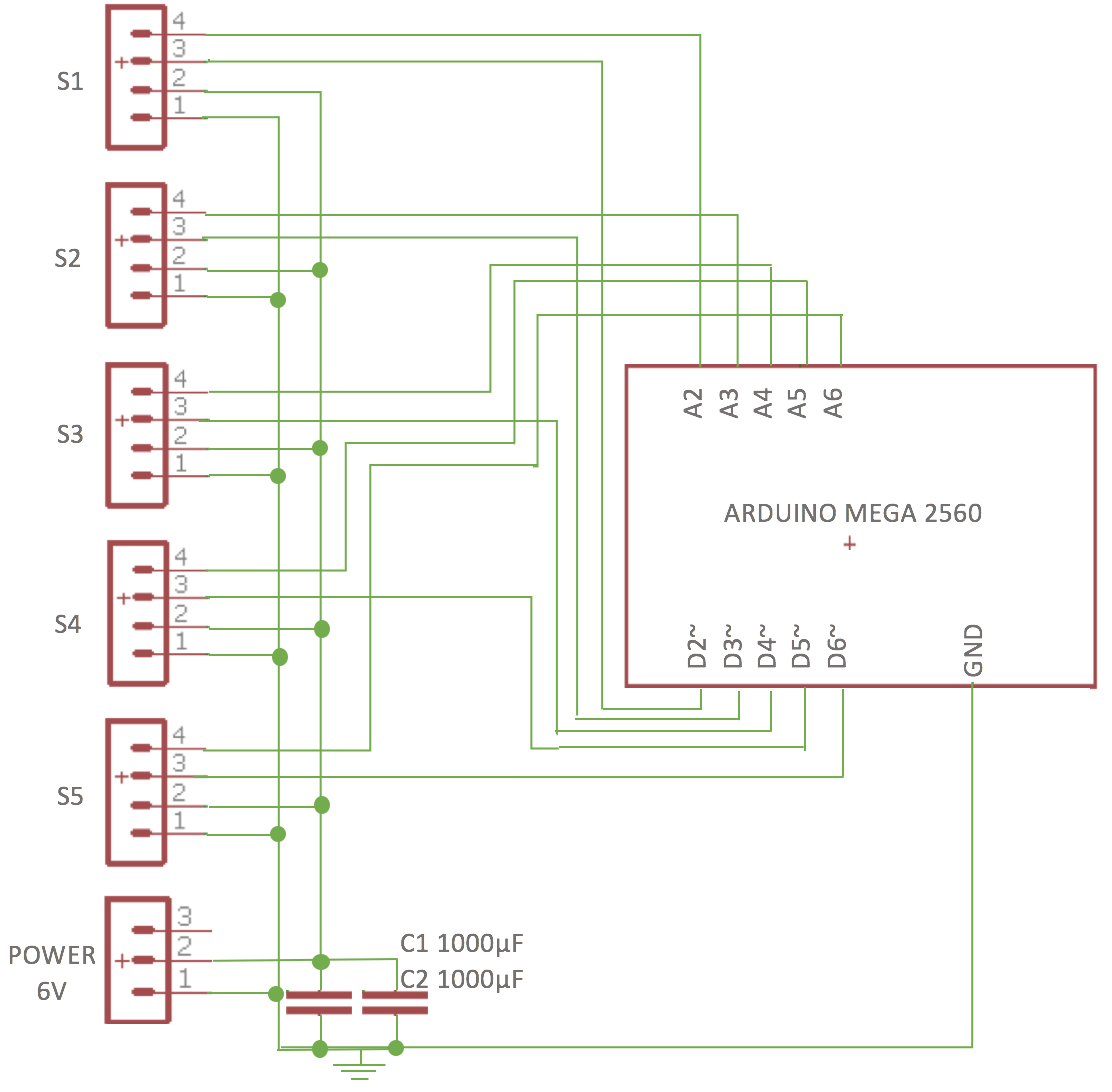 This design was transferred from breadboard onto an Arduino Mega shield: 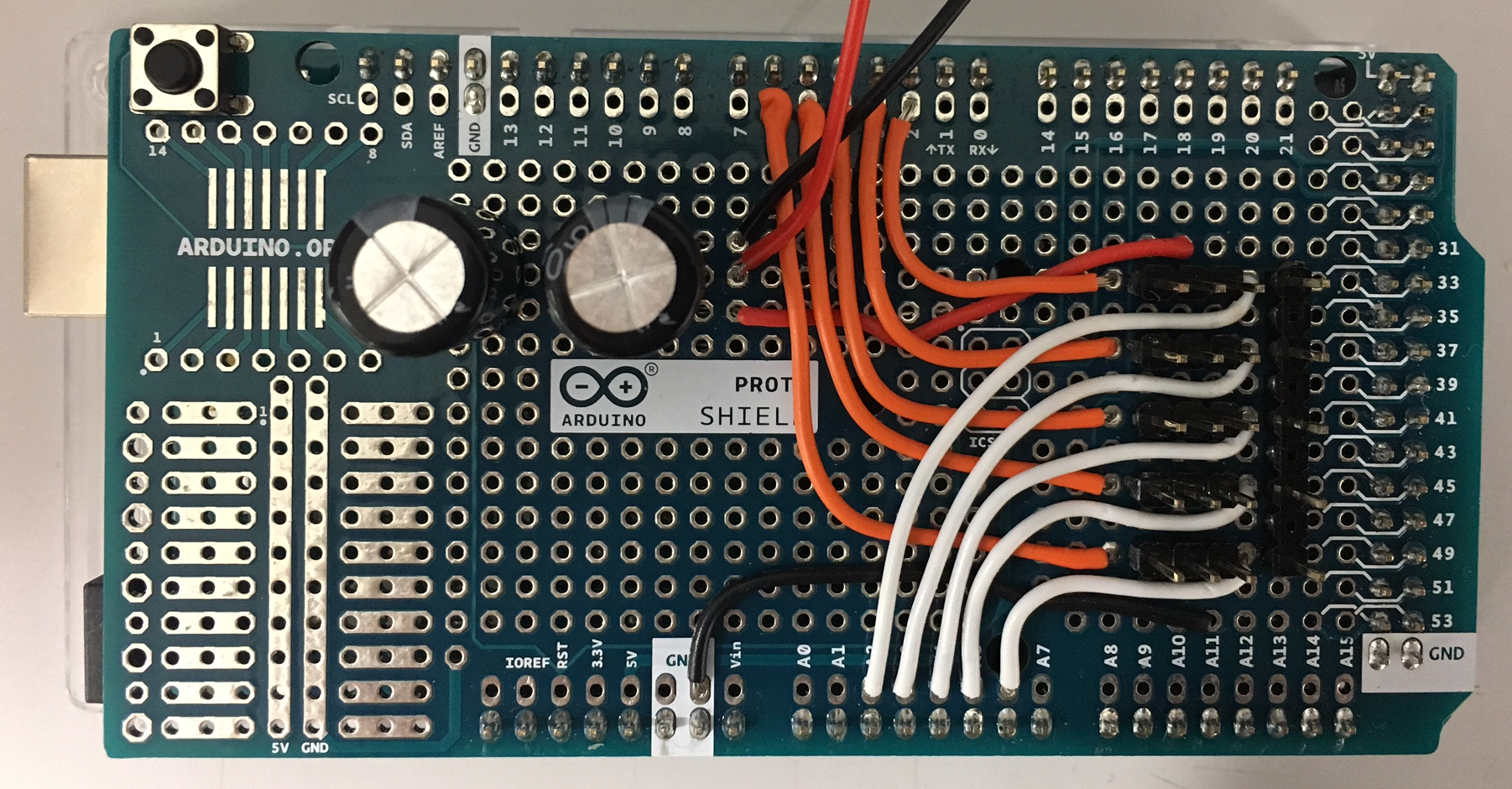