Works in Basic, uses no parts, no machine code!

The MSX computers have a built-in BASIC function for reading a touch-pad digitizer connected to the joystick port using the SPI protocol.
The digitizer has two axes which are read whenever the function PAD(x) is called and the pen is touching the digitizer screen.
A digitizing cycle consists of a bunch of byte transfers, each one initiated by a positive pulse on a given pin, then eight bits are serially read paced by a clock signal.
Further details can be seen in the link below, but it is enough to know that such similarity with the NES/SNES controller protocol allows us to attach it directly to the MSX joystick port and read it using the function PAD( ) readily available in BASIC.

Link to the article: https://goo.gl/3j3YLw

Due to the similarity from the similarity of the waveforms from MSX reading the digitizer using the PAD( ) function and the NES (SNES) controller protocol, the adapter circuit can solely consists of a straight cable.

The connections for the NES and SNES controllers are shown below. A wire connects the pin 1 to ground is also required since it tells the MSX BIOS routines that the digitizer is being touched. 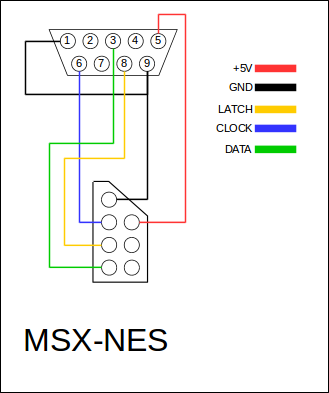 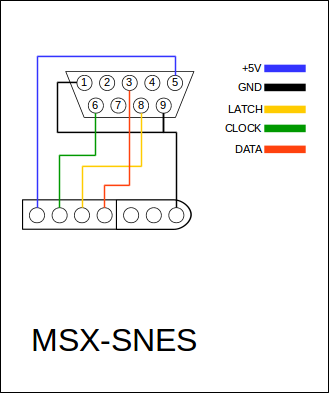 A short patch cable was used to build the adapter. 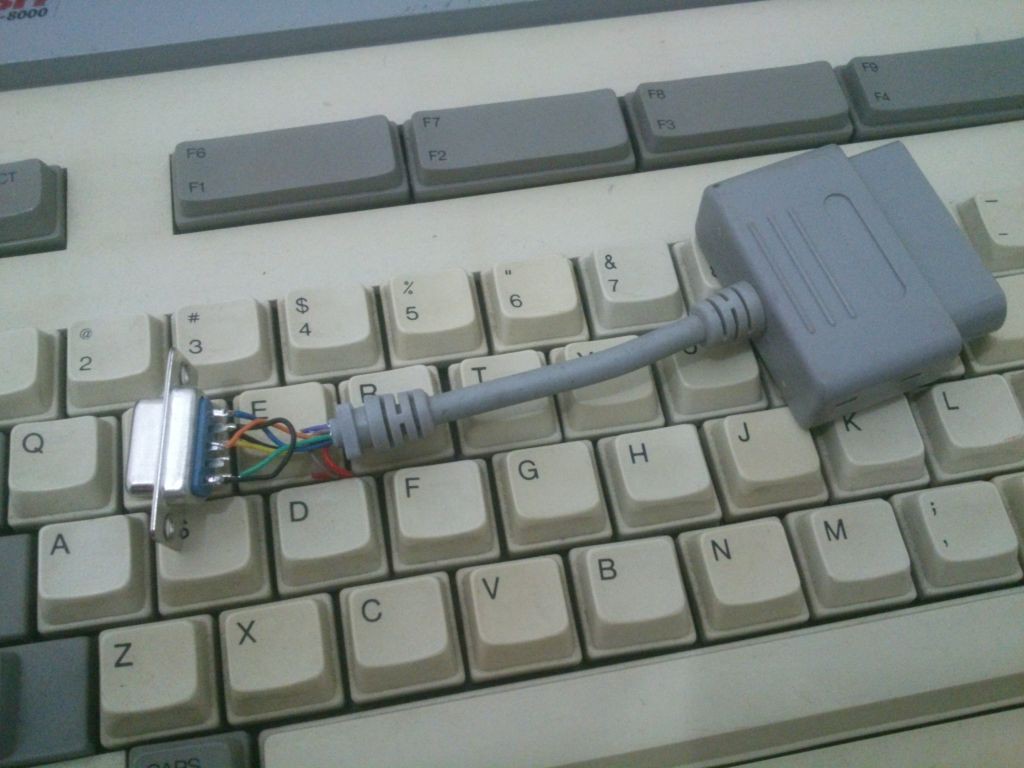 A small code was used to test the interface 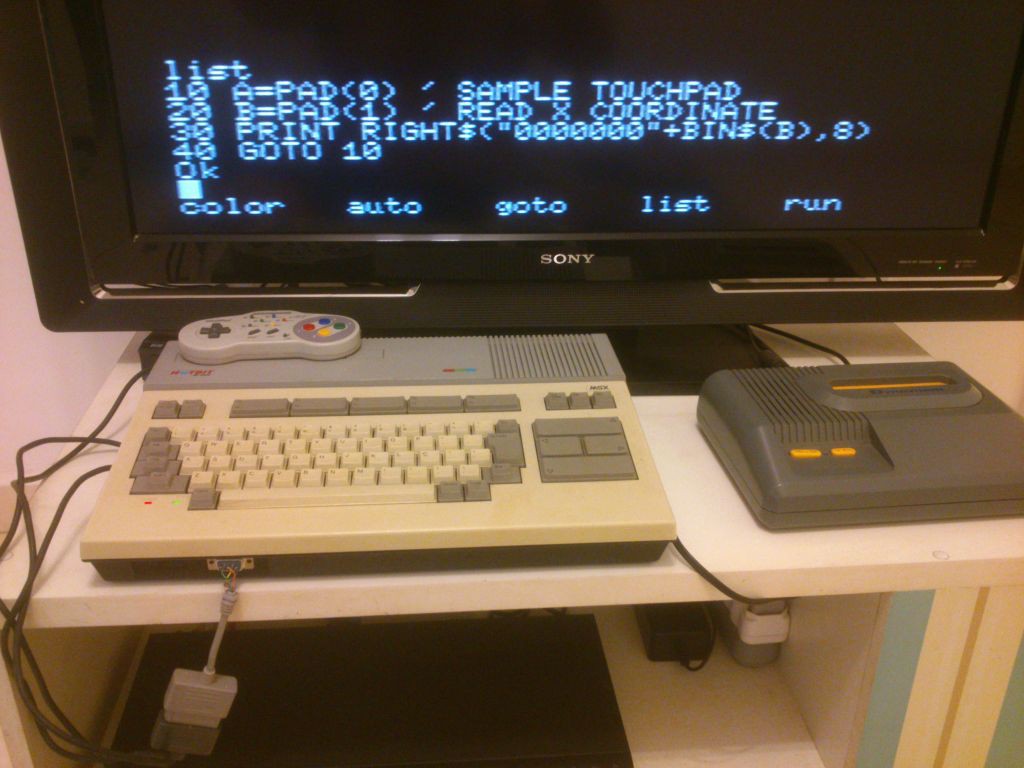 And here's a video showing the code at work

Here's a sample of  code that shows how to use the controller in BASIC programs.

Since the MSX digitizer works with 8bit transfers, only the 8 first buttons from SNES controller are read.

Collection of Arduino Micro firmware and schematics for connecting your retro Joysticks and Gamepads to USB port.
Project Owner Contributor