Play game shows with your Raspberry Pi and some big pushbuttons.

Instead of watching game shows, be in them! This console can emulate the game show Jeopardy, and will soon be able to emulate many more.

The Raspberry Pi runs the emulation software, and polls the buttons. The buttons are connected to ground and Raspberry Pi pins 4, 17, and 22 using the BCM layout. Each button is housed in a plywood case with a removable bottom to get at the circultry. 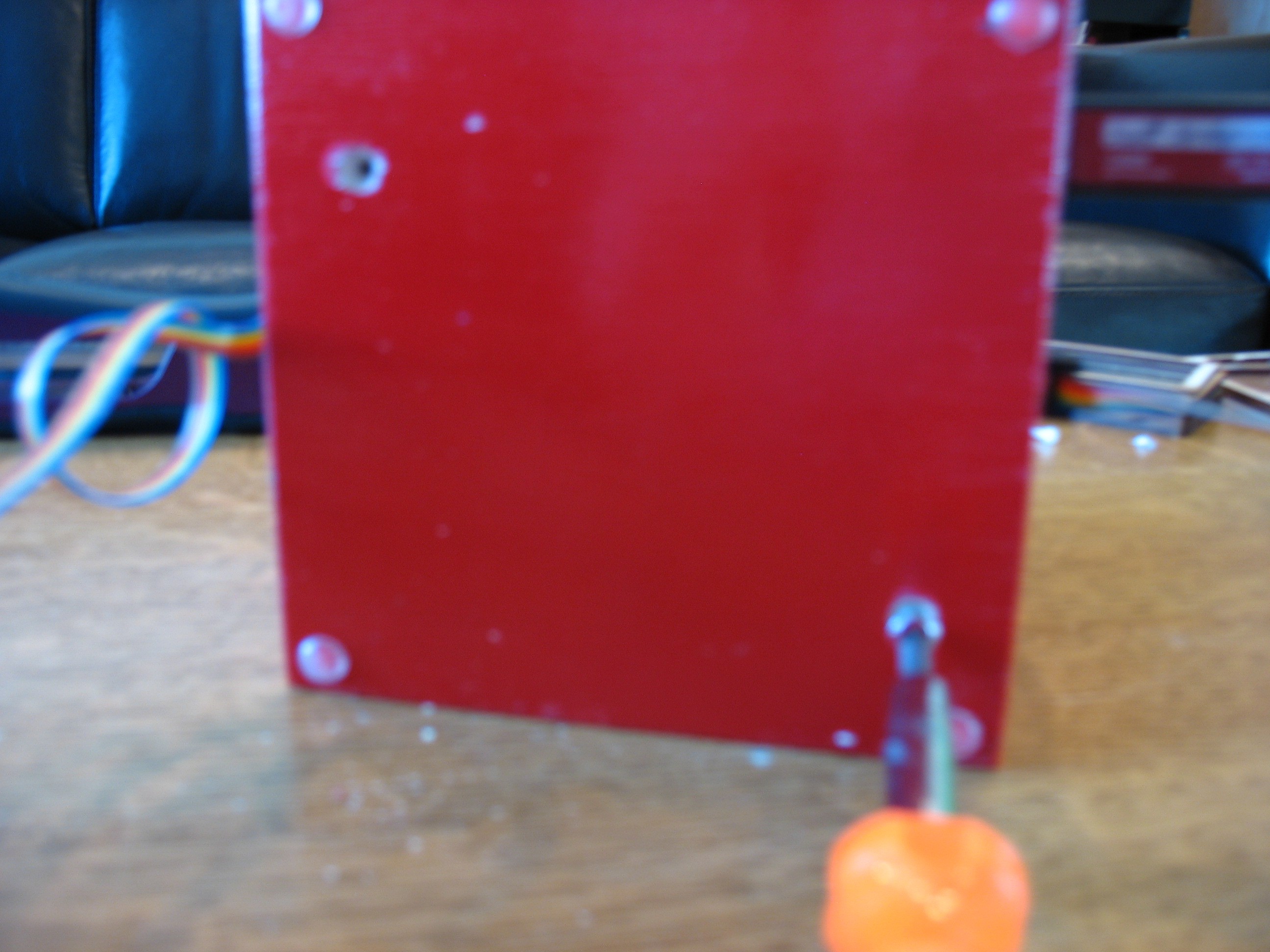 The blue and green cases are connected to the central red case via 6 wire ribbon cables and IDC connectors. 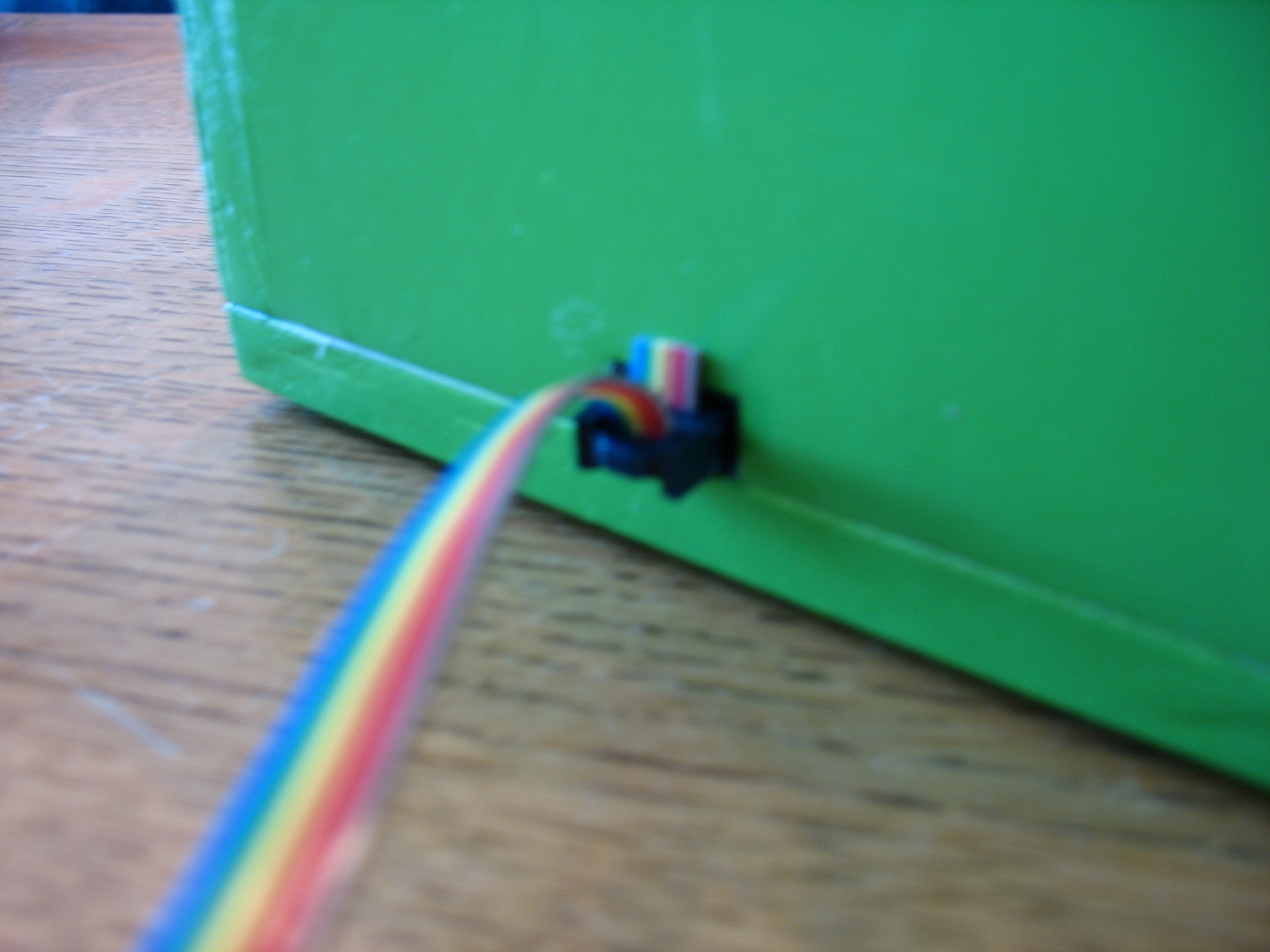 The red center case houses both the red button and the Raspberry Pi. Connections to 5V, HDMI, and USB come from here. 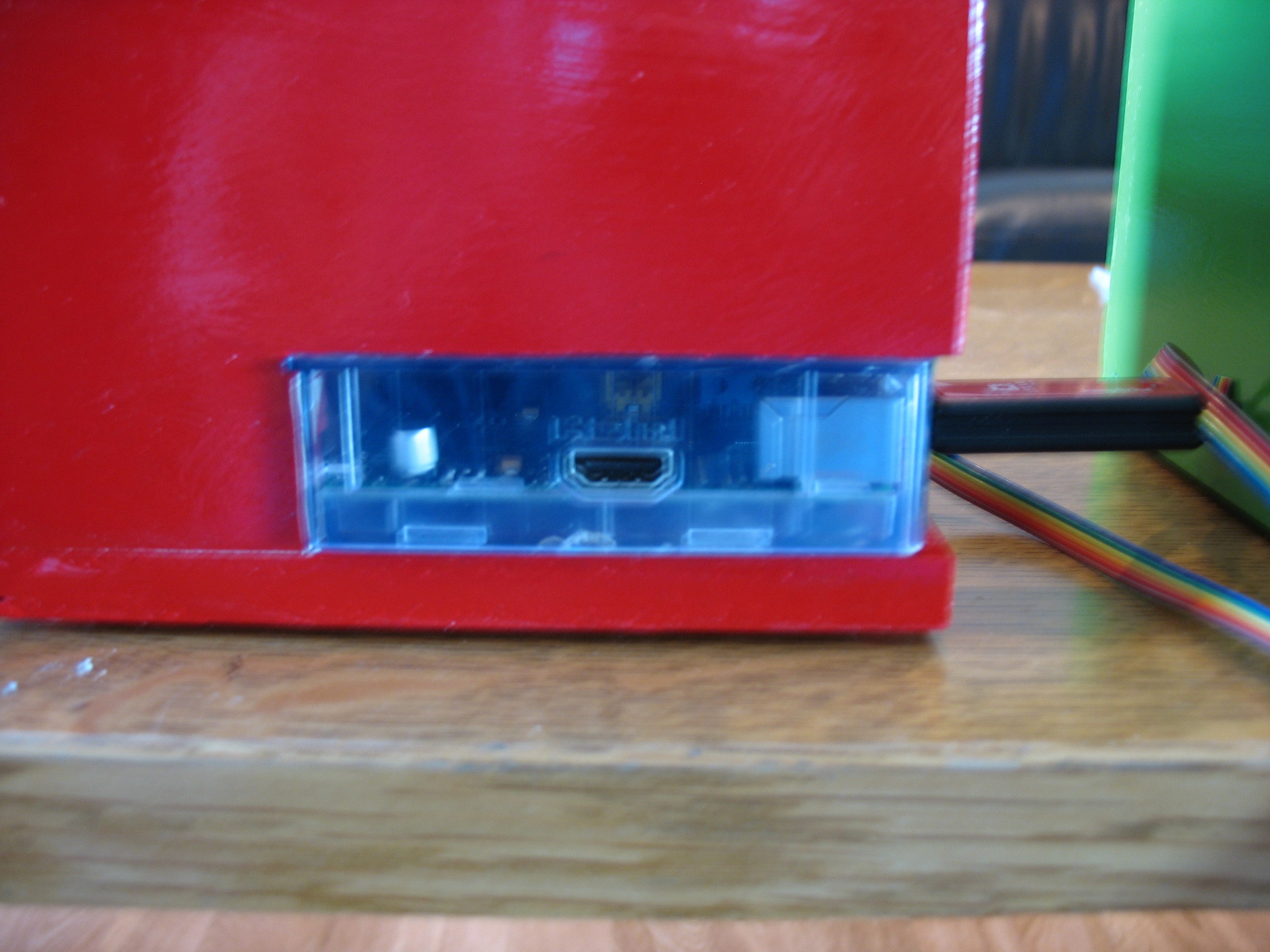 Right now the Game Show Emulator runs a version of Adam Beagle's Jeoparpy software. His original software only worked on Windows and Ubuntu, so I ported it to the Raspberry Pi. My version also uses the pin 4, 17, and 22 as ring in buzzers instead of the 1, 2, and 3 keys on your keyboard. I am currently programming new game shows into this console that should be finished soon.

I really like this project expiation. Can we connect the rtx with this device. I have bought one RTX by reading their reviews, https://www.gamingexpert.net/best-rtx-2070-super/

An old project, but it's just what I wanted.  I found I had to add pull-down resistors to the buttons, that is between the GPIO pins and ground to keep them from floating and creating phantom presses.  When using little buttons that plug right into the prototype board it worked fine without.  With a button on a short wire it worked with ~10K ohm resistors, just the first ones I grabbed.  When I used a longer wire I needed to reduce that all the way down to 220 ohms.  Arrived at that experimentally, I'm no electronics engineer and can't tell you why.  I wonder, though, if adapting the circuitry and software to use normally closed buttons would work better -- the pin would not float and generate spurious results when no one is pressing it.

On the software side, I had to use an old Wheezy version of Raspian on an older RPi.  I had problems with the pygame module on Stretch.  I don't know if Wheezy works with newer RPi-3's or Zeroes, just went with what I could get working with least effort.  Given more time to poke at it maybe it could be made to work on newer software & hardware.  Would be nice to be able to use one of the more powerful CPUs.

HI Tyler, Great project! I got the software setup very quickly and without issues!

I decided to purchase similar components to what you had for the hardware buttons.  I looked at your fritzing diagram but was confused as two of the buttons were not connected to anything.  Did I misread the diagram?  I am new to this so probably just dont understand how it is drawn.

Also, was there any soldering required onto the GPIO ports?

I built my console with ribbon cable connectors, so that is why the diagram shows just the connector. In reality all the black wires are connected together, the yellow wires are connected together same with blue etc. You don't have to solder directly to the raspberry pi gpio, you can use female jumper wire like I did (https://www.adafruit.com/products/1950) you will have to solder to the buttons though but that is much easier

thanks for your quick reply. I have decided to use female jumper wires as per your recommendation. Instead of soldering the other end, I was planning to use wire disconnects so I can reuse the buttons for other applications.

I was also thinking about using extra buttons to replace the need of the keyboard. I.e. backspace for incorrect answer is a red button, and green button to replace space bar.

Are there any other buttons I would need in order to completely replace the keyboard?

I also set my pi to auto boot into the game, so I don't need to worry about getting into the application.

Greetings, Tyler.  I am having the same issue as many of the folks with the buttons.  The button script seems to run wild even if no buttons are plugged in.  In game, player 1 seems to trigger itself first every time regardless of buttons being plugged in.  Any guidance is greatly appreciated!

Adrian, I did not see this behavior at first but it just started happening for me.

I tried a different pi and a fresh install of rasbian with a fresh copy of the jeopardy game and still get the same result with player one always getting triggered. Have you found a solution?

I have figured out how to fix my button clicks.  The key is the button.py file in the /jeopardy folder. This controls the click action of each button.  Since I was not using the same buttons as Tyler, I had to make an edit to this file.

My buttons are all daisy chained to each other on the ground, and each button individually is connected to the NO (Normally Open) connector.

I then went into the button.py file and changed wherever it said True to False.

I did this for all sections where the each button is defined.  When I now run my game, it waits for a button to be clicked and does not automatically trigger player 1's button.

Hope that helps you and anyone else having this issue

I was wondering if it is possible to change the time to answer the questions?

It worked, now the game is perfect to play with the kids!

You are a hero!

I't's me, the teacher from Michigan again.  We have built our game and have run into the problem you discuss here: When you press each button, a line should be printed out displaying which button was pressed. If lines are constantly being printed out, you may have the pi connected to a normally closed terminal instead of a normally open terminal.  Do you know how we can correct this?  Thanks so much!

@annehasseld I added a image to step 2. If you are using different buttons you will either need to change them out or edit the code.

Tyler, thanks so much, that worked.  Sorry.  We have the game up and running, a few issues, but we are working through those.  My next question is we are attempting to configure the buttons.  We have read your instructions and tried to look at the photos but they are a little blurry so we can't determine exactly where to connect the IDC connectors to the buttons.  Do you have any clearer pictures you could post or you could send to us?

I added a fritzing image :)

You are amazing!  Thanks so much!!!

Try downloading a zip package from https://github.com/spadgenske/Jeopardy/archive/master.zip and then unzip with "unzip master.zip" and change the name to jeopardy with "mv master jeopardy" and you should have the same result as cloning. The software does not need to be installed as it is mainly just python and image files. Not sure why you get the error, may be because you are behind a firewall.

Tyler, thanks for your quick reply.  You are working with a complete rookie here.  I have the file unzipped.  I have no idea how to change the name.  I tried doing that in the terminal and no luck.  If you mean I should just change the file name to Jeopardy on the folder, I did do that, still no luck.

When you download the package from the link above the package is named "master" all you need to do is unzip it and change the name of the folder to jeopardy so the software works properly. then in a terminal, follow step 2 of this project log: https://hackaday.io/project/3721-game-show-emulator/log/12365

Do you need an H-bridge for your LEDs? Are they bi-colour, reverse-polarity ones? For a single LED any old bipolar transistor should be easily able to drive it. If you need bi-colour LEDs, you might replace them with tri-colour, where the LED chips have a separate lead each, with a shared ground. No messing around with polarity, and you'd save 2 transistors. Or for one more, full RGB and still one transistor less than an H-bridge.

No, you do not need an H-bridge. Plain old transistors will work just fine. I just used an H-Bridge because I had the chips already and was under a time crunch.

Gaming on Raspberry Pi or any other ARMs