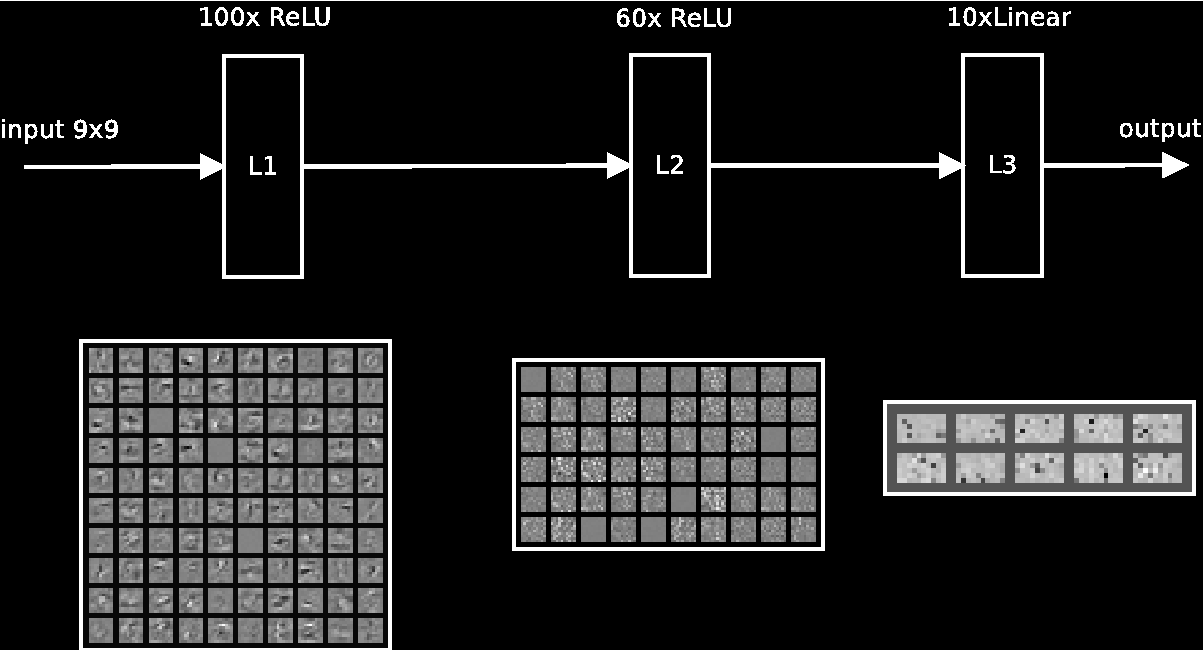 Network was trained on GPU (gtx1080) on my own neural network framework. After learning, weights have been rouded and mapped into 8 bit fixed point.

It is no wise to store weights as floats on 8 bit mcu. Each weight needs 4 bytes of memory, and each float operation is more than 10-times slower than int on AVR.

We need to store

Converting into 8bit char is necessary. note : extra weight +1 is for bias

weights are stored in separated .h files (each for one layer) :

Importat for AVR implementation is to store weights into flash :

you need to use :

To save some ram memory (we have only 2k) I used two buffers trick, and exchanging only pointers. The most wide layer is 101ints wide. We need two buffers of ints, 101*2*2bytes = 404 bytes to store layers outputs.

is nothing else than vector matrix multiplication, I used some unrolling tricks (30% speed increase on intel i5), on ARM Cortex M4 it similar, because of pipeline :

There is no significant loss of accuracy -> I compared 32 bit float weights with 8 bit signed char : 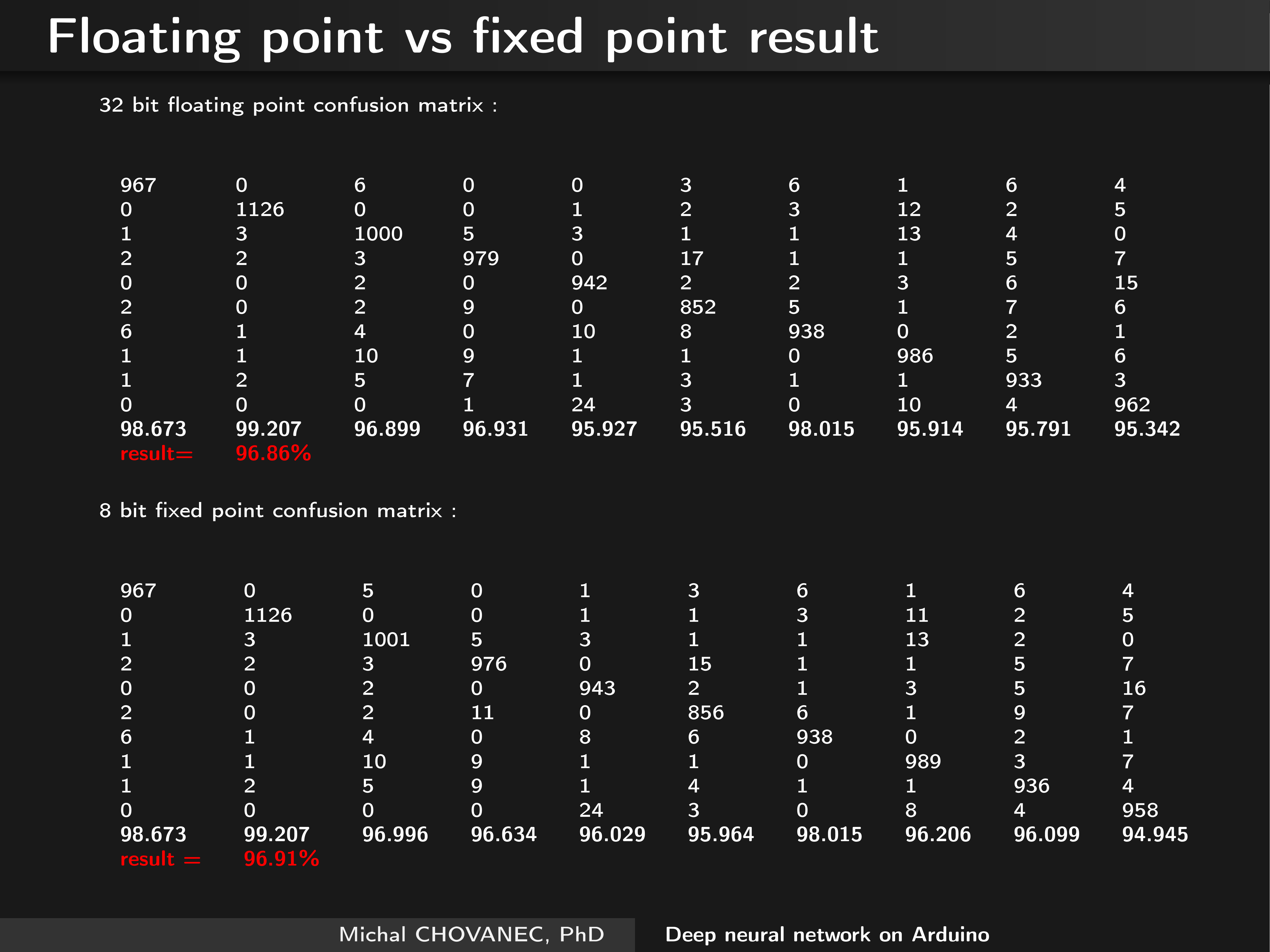 Finally, I runned network on avr atmega328, with the same result :

Could you give me your project link? thx!

A difficult code with a try to display waveform on a small screen with precisions. Volts-time, frequency, duty cycle and divisions.
Project Owner Contributor

The 2016 Hackaday Prize
reprint is printf redone with decades of hindsight, revamping the semantics and syntax to make a function worthy of Hello World.
Project Owner Contributor