What is it? It's a migratory box of random electronics stuff. The idea is simple: Pick a person on a list. This person will receive this box in the mail. They open it up, take one item, and add another (of about equal value). The box is then shipped to the next person on the list.

Has this idea been done before? Yes, yes it has. Why am I doing it? Because there are some really cool people on hackaday.io with weird stuff on their workbenches.

What the hell is this? It's a magical box of random electronic crap that's shipped from person to person. Everyone takes one item, and replaces it with another item from their workbench- that isn't food.

The box has recently completed its trip around the US and now it's heading abroad: 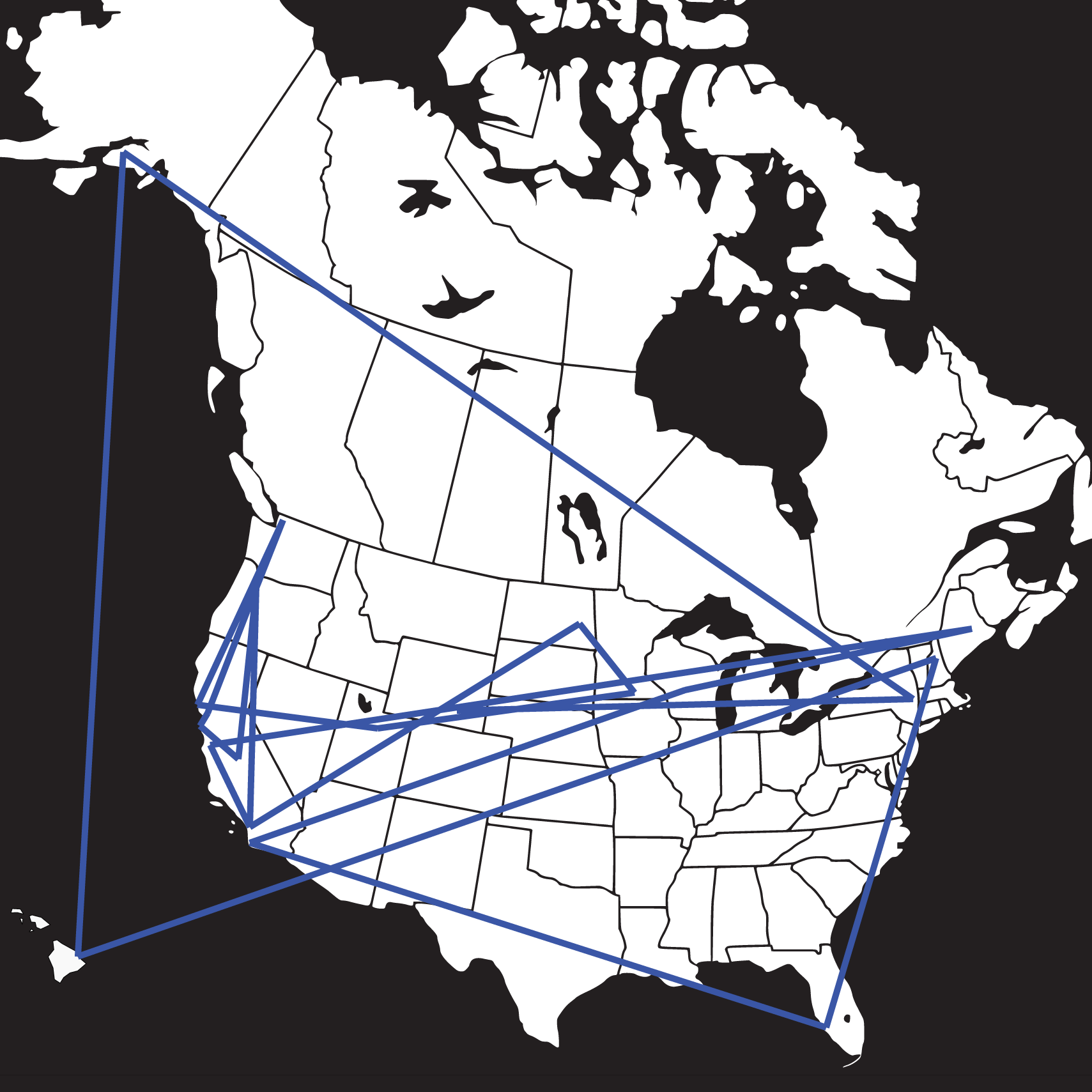 Where is the box heading next? Here's a map showing the planned trip around the world: 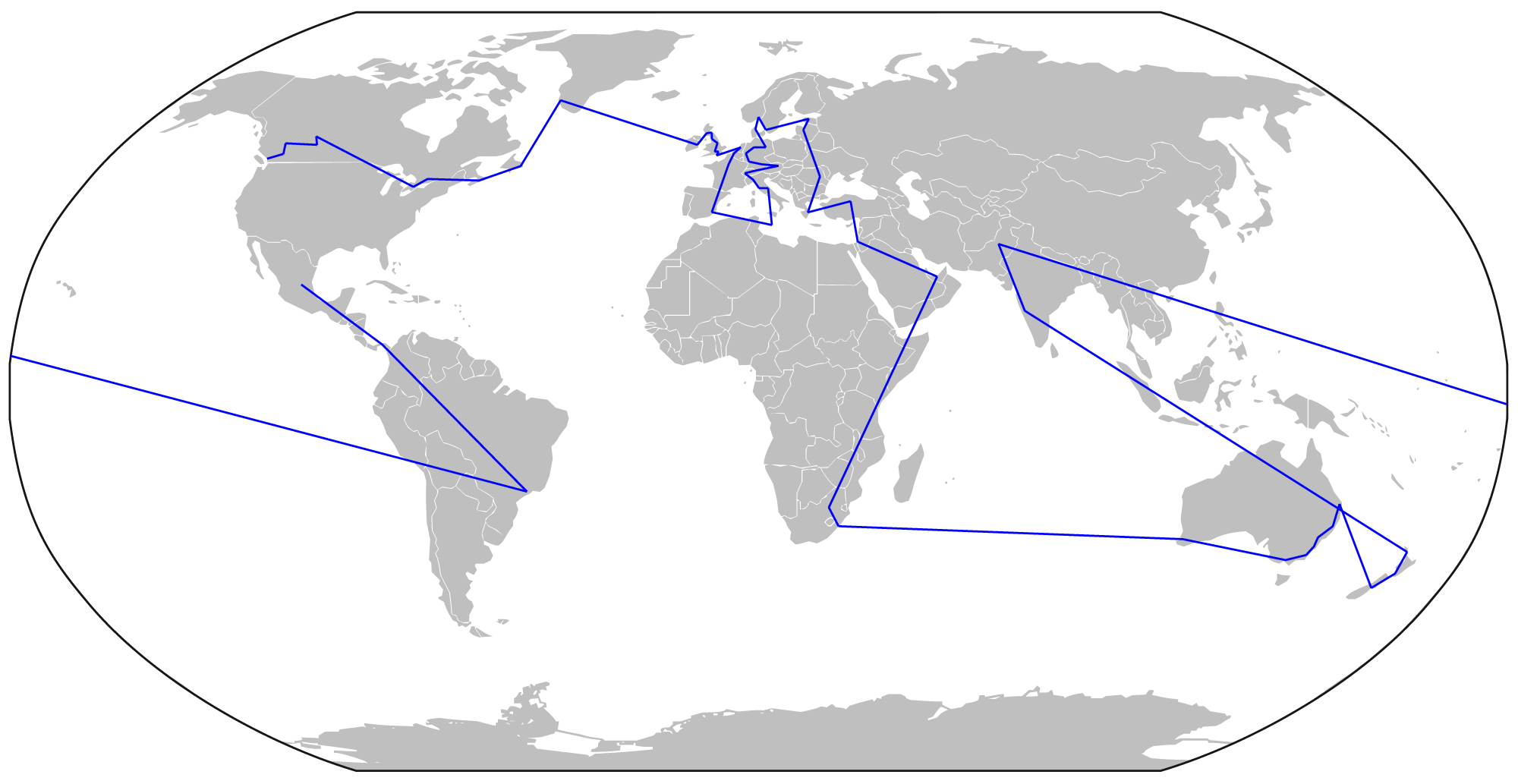 With detail of Europe: 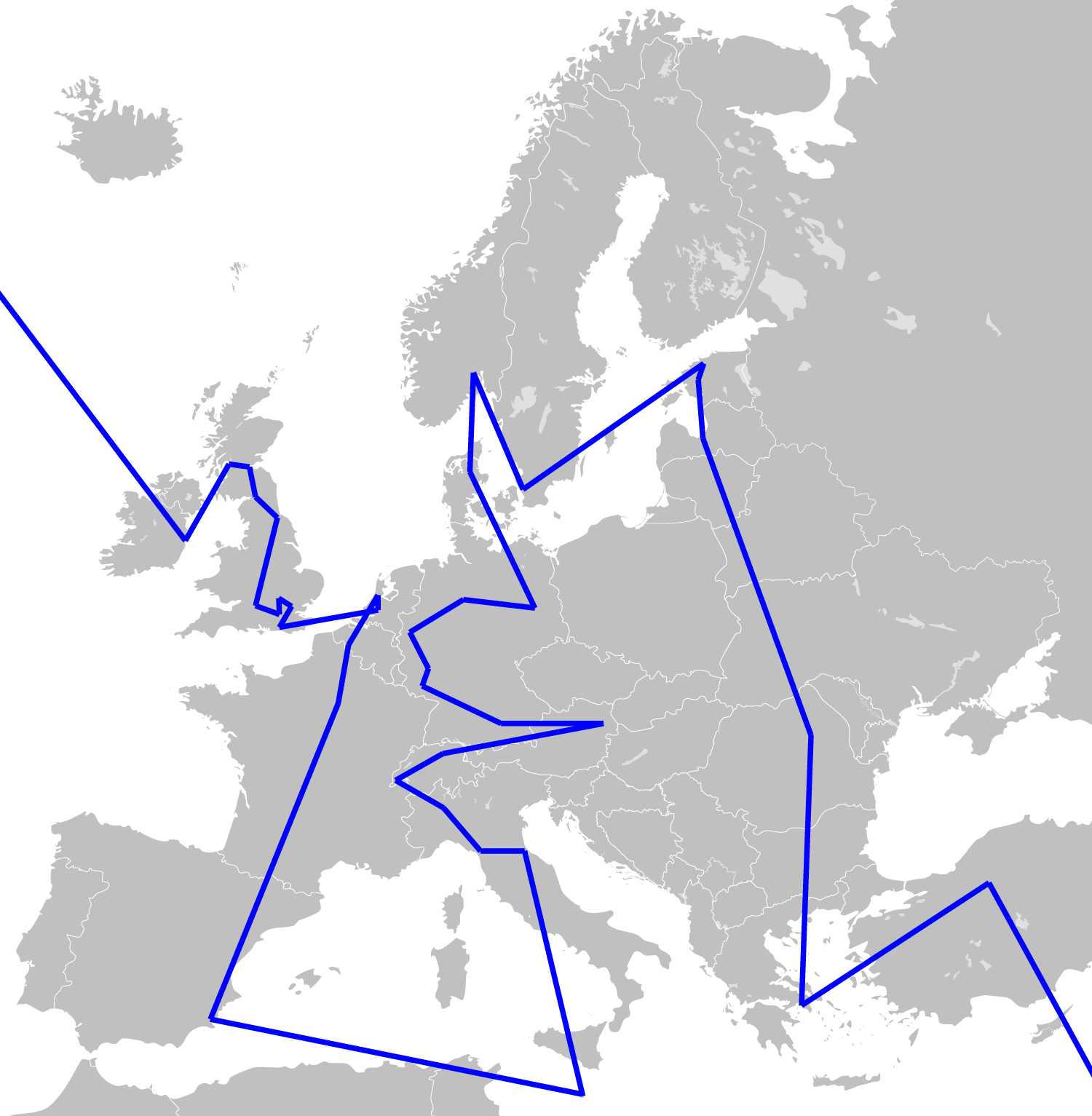 is this box still being circulated because I would be interested in adding some stuff I have in my electronics drawer. Maybe some video glasses, a small solar panel, etc. would be interested to see what it contains currently. I am in Texas if it will head this way.

so when is the box coming to Asia, I had applied and would LOVE to get this and then forward...

Am from Karachi, Pakistan

https://hackaday.io/project/19939-travelling-hacker-box-royale - I started a new one to keep things rolling, hopefully gets some people before too long

Have all the selected participants been notified? I applied (including confirming I am not dumb) and live in one of the cities that were posted, but haven't heard anything...

Also, the instructions say take 1 item, but the logs show people taking more than that.  It would probably make for boring logs if the box is 99% identical to the previous log.  Is it okay to take more, as long as the box stays full?

We were accepted for a Canadian stop, and we're trying to plan an event that would include the box.  Since we don't know when we'll get it, we can't promote the event before receiving the box.  How long is it kosher to have it in our possession before sending it on its way?

just curious what the progress is on the box and when the international contingent get notified if they were selected?

It's heading up to canada now, and I have everything planned up until Greenland. The Greenland trip alone is going to take 4-6 weeks, so I'll do the rest of the european scheduling then.

Thanks for accepting me, hope I get picked as part of the UK/Europe side of things - I have a great idea for my contribution :)

Hey guys, what about Europe? I am from Czech Republic. Lets make this project intercontinental! ;-)

Yes! We're doing every country except the US. Here's a sign up form: https://goo.gl/forms/iVjejO6Hg1r8FTE13

hi i would love to participate in this, im gonna send  some of my coolest retro video game stuff i have designed myself

i live in California thanks, :3

I completed the join tab to participate in this great idea. I am in toronto so lets get it into canada and i have someone in montreal and then we can send to calgary then vancouver then boot it off to outside the usa or have it go back. How heavy is this box?

I completed the join tab to participate in this great idea. I am in toronto so lets get it into canada and i have someone in montreal and then we can send to calgary then vancouver then boot it off to outside the usa or have it go back. How heavy is this box?

I love this project so hard. That filament needs to be labeled. What even is it? PLA? ABS? Ninjaflex? Diameter size?

We should send out a few more stickers to be added to the box.

im in utah but i travel to idaho often for work if you want it sent from there.

I have lots of surplus electronic part, and some intefesting stuff from servers and tape backup  libraries.

either or, really. PM me (on here) and you're on the list.

If you send the box to me, I'll put nixie tubes in it. Really really.

Man does that box need to visit the great state of TEXAS!  I've got a load of goodies to add!

i second that motion.

Does anyone have stickers??!!!

Way too much stuff to light my garage MY way.
Project Owner Contributor