An attempt at recreating a "vintage" E.T. Communicator from the 1982 movie.

The key here is Vintage! We are attempting to recreate the "E.T. Beacon" from the original 1982 Spielberg movie, using only parts that were available in the early 1980s (no Arduinos here).

At this point we've acquired almost all of the parts (some of them terribly authentic), except for the critical [UHF Tuner] we need as a frequency multiplier. It's been quite a pain-in-the-speak-and-spell finding this sucker at a decent price (or at all). Only a week left...let's see what happens while we work on the other half. 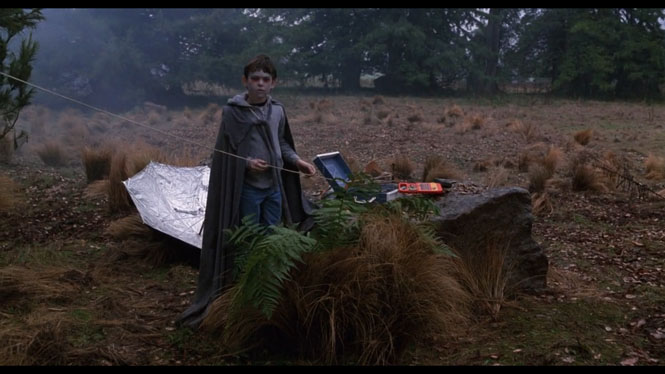 This one is loaded with several ingenious hacks from the 70s/80s era.

The original model was created by [Henry R. Feinberg] of Bell Labs specifically for the movie.  It was built with the intent that it would be worthy of conversation between gurus; after toying with microwave ovens and non-portable devices, Feinberg came up with exactly what you see in the film...a disc with a recording, a translator, and a long-range transmitter.  According to E.T. lore this was in the form of a saw blade, Speak and Spell, and an umbrella...with a few critical details in between.

This may be one of the Godfathers of hacks.  It's not common to see such physical, working, plausible models in movies these days; a device that actually works is horribly rare since the advent of 3D animation (because you can fake it).

We'll see how accurate this build is, and whether or not E.T. could have actually texted his buddies with a homebrew device.

Eric Evenchick wrote 04/09/2014 at 17:40 • point
I really like the spirit of this build. It's pretty cool that you're using vintage tech. Looking forward to seeing what hacks you need to pull it off, should be an interesting write up.

Getting a 100-year-old mortise lock to work like new again.
Project Owner Contributor

Stickvise is a low profile vise designed for PCB soldering. This product was born on Hackaday.io.
Project Owner Contributor