I built a LED tetrahedron with a simple, randomized 'snake' animation during 31C3 in Hamburg.

The hardware is extremely minimal: Only LEDs, a controller, and some wires. The LEDs act as the supporting structure, so not even a PCB is required!

The code is designed to be adaptable to any polyhedron (hopefully), so I encourage you to build a larger one!

Two LEDs are soldered together in anti-parallel and facing each other, by bending one lead on each by 180º. This unit forms one edge of the polyhedron.

The free leads each form part of a vertex. By building the appropriate number of edge segments and soldering them together, a 3-dimensional polyhedron is created.

The microcontroller is suspended in the center of the shape by attaching each vertex of the polyhedron to one IO pin on the μC using a fine strand of wire. 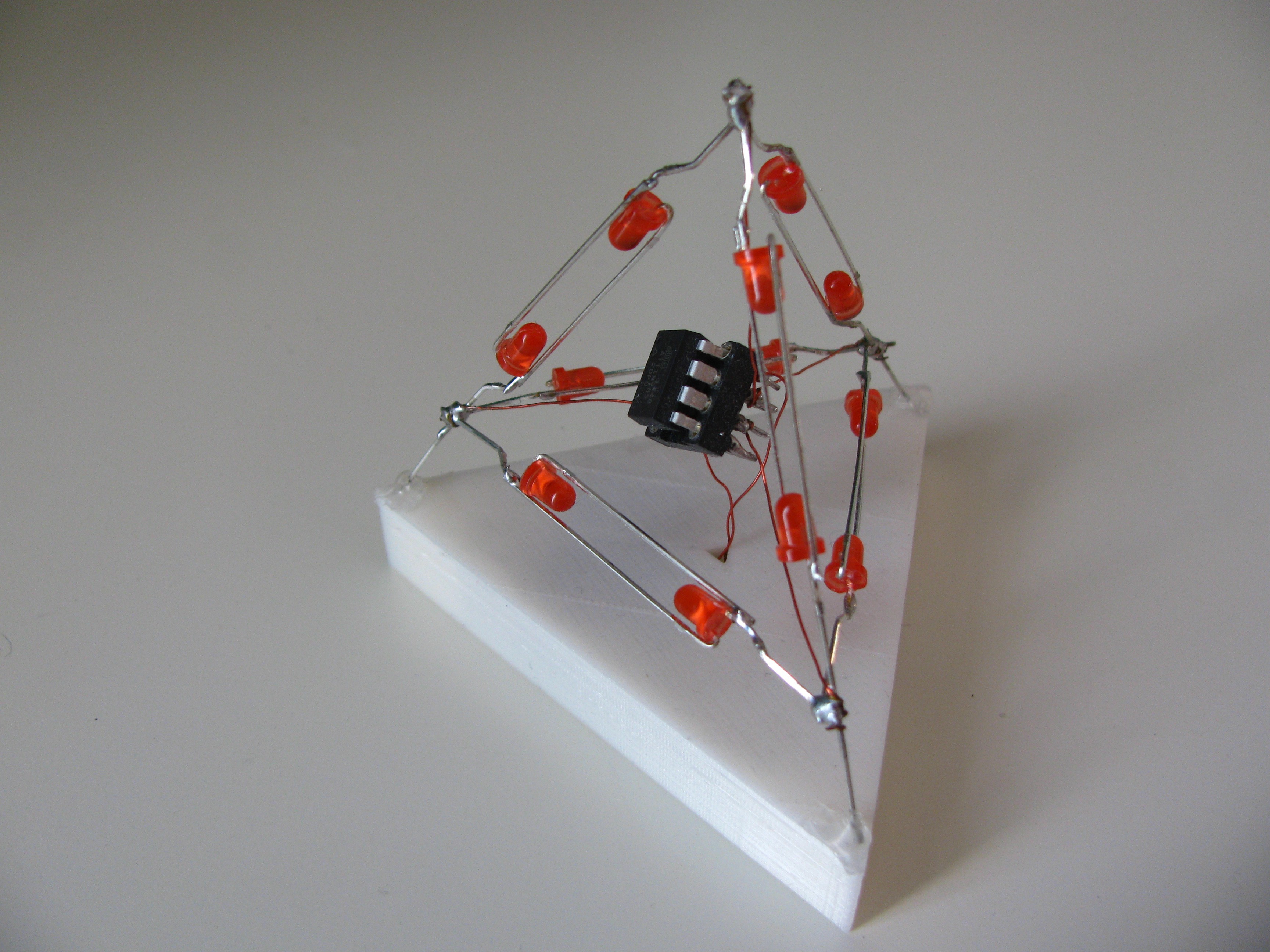 The following schematic shows the arrangement of the LEDs and the IO pin assignments for the LED tetrahedron. 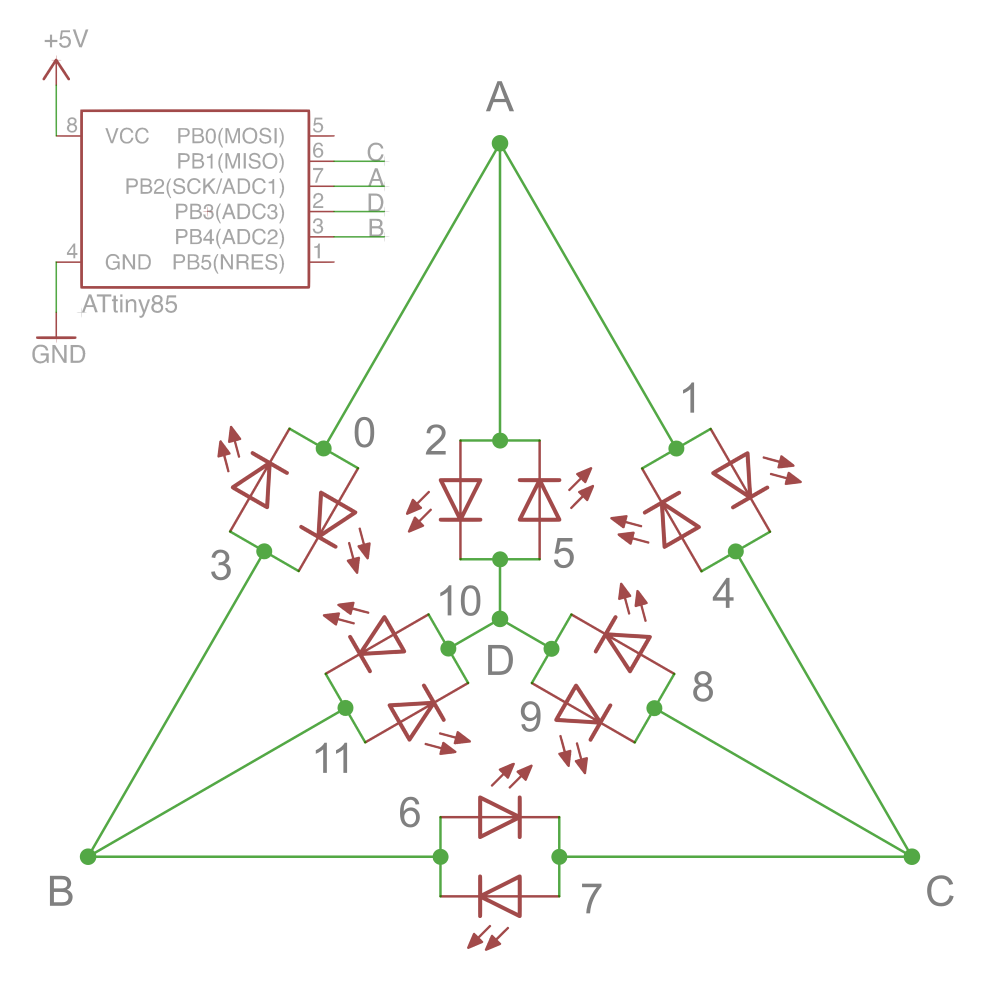 I have only built a tetrahedron (the smallest platonic solid) so far. If you want to try a larger one, here is an overview of what you need:

The idea of building this came from JSK during 31C3 in Hamburg, and I set out to build it on the very same day. One night of soldering and programming later, and the tetrahedron was up and blinking :-)

Hey.. I want to build this with ATTiny85.
but i dont have & understand duino things, do you have the hex file for the tetrahedron?

Thank you for posting this.  I made one out of some old LEDs.  I had a kick with programming the ATTiny85 for patterns on the tetrahedron.  Now I am thinking of making another with a different number of lights.  I have a much better understanding of CharliePlexing thanks to this project.

Love the free-form soldering. I've got a pile of DIP ATtiny85s lying around along with a few drawers of LEDs--might have to try this!