Why spend hundreds for a fancy rear-projection screen when you can salvage one from a roadside TV!

These days, everybody are throwing out their old standard-definition televisions. Nary a day goes by that I don't see these wayward rejects by the side of the road, often perfectly good working sets that were once quite pricey, now abandoned to the weather. And even formerly costly video hardware like TV/VGA projectors can be found for 1/100th their original price if they don't support HDMI output. Doesn't anybody you can get a decent HDMI to VGA converter for maybe $15?

I found one of these roadside wrecks, a rear-projection TV of the 3 tube variety, sitting partly down a pedestrian path. The back was smashed in and picture tubes shattered, but somehow the screen was in perfect condition. So I set upon it with screwdrivers and liberated the screen, the mirror and the lenses. I gave the lenses to my friend and set about to build a nice mount for the screen. This is that story. 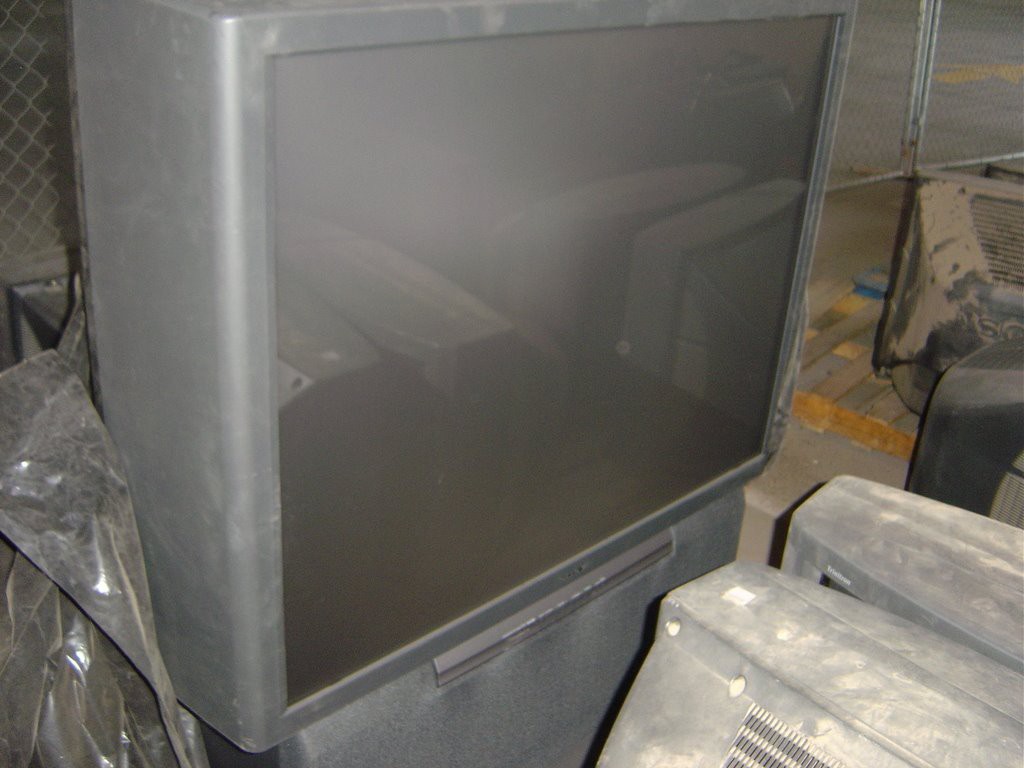 I found a destroyed projection screen by the side of the road. This isn't the actual one I found, but it's close enough. Amazing how the whole thing is crapped out, but somehow the screen stayed decent!

I disassembled the screen carefully, and kept all the mounting hardware, the mirrors, the lenses, all the good stuff. Most of it was worthless. The mounting is especially ugly outside of the box. The lenses were attached to the broken video tubes with oil filled plastic bubbles. Or maybe those were actually the lenses. I don't even know. But the screen and mirror were good! Yay!

I measured the screen carefully and drew the whole thing up in my CAD software. 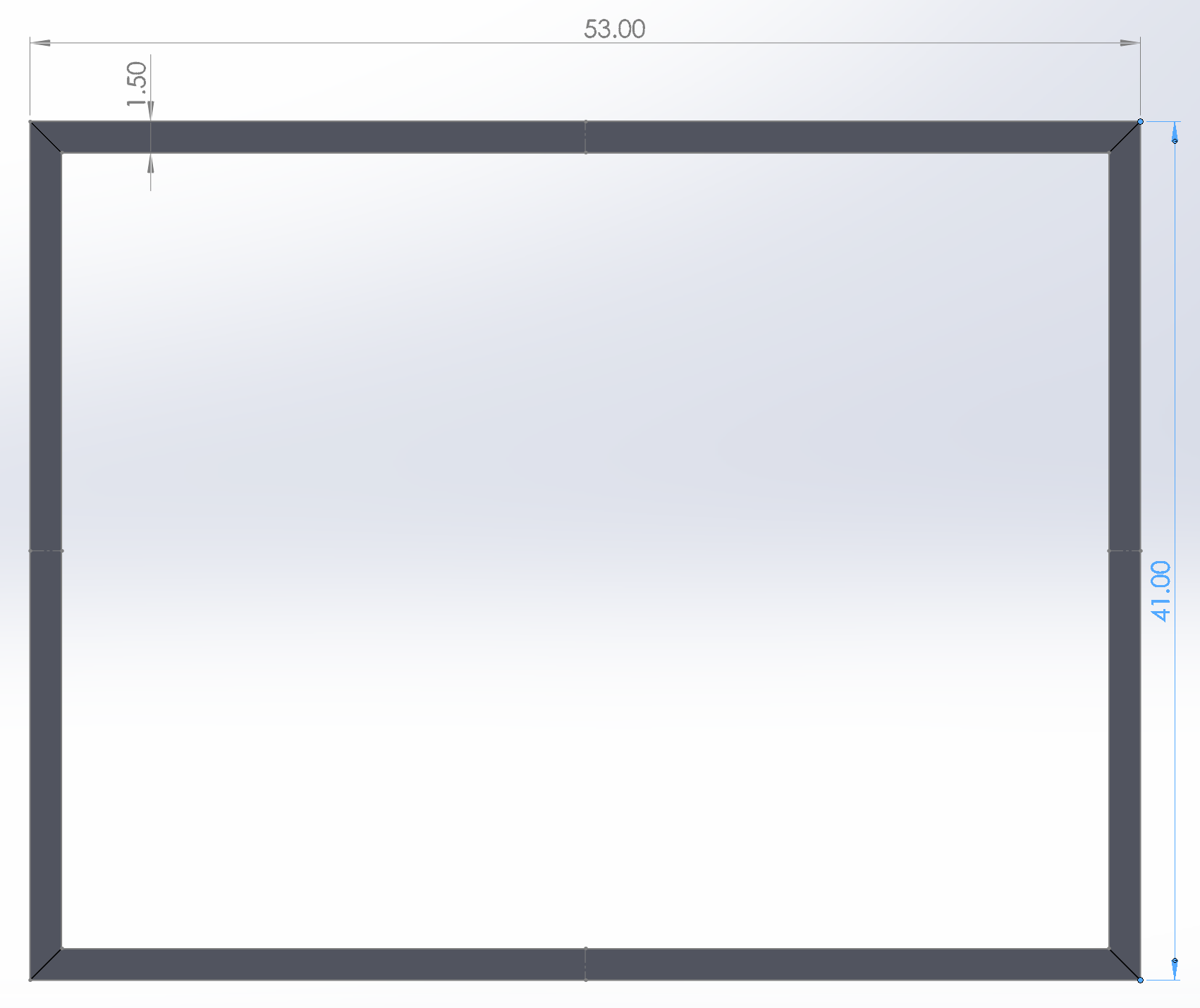 I decided how deep the notch should be on the edge for the screen to fit in. the inside edge needs to be smaller than the outside edge of the screen. 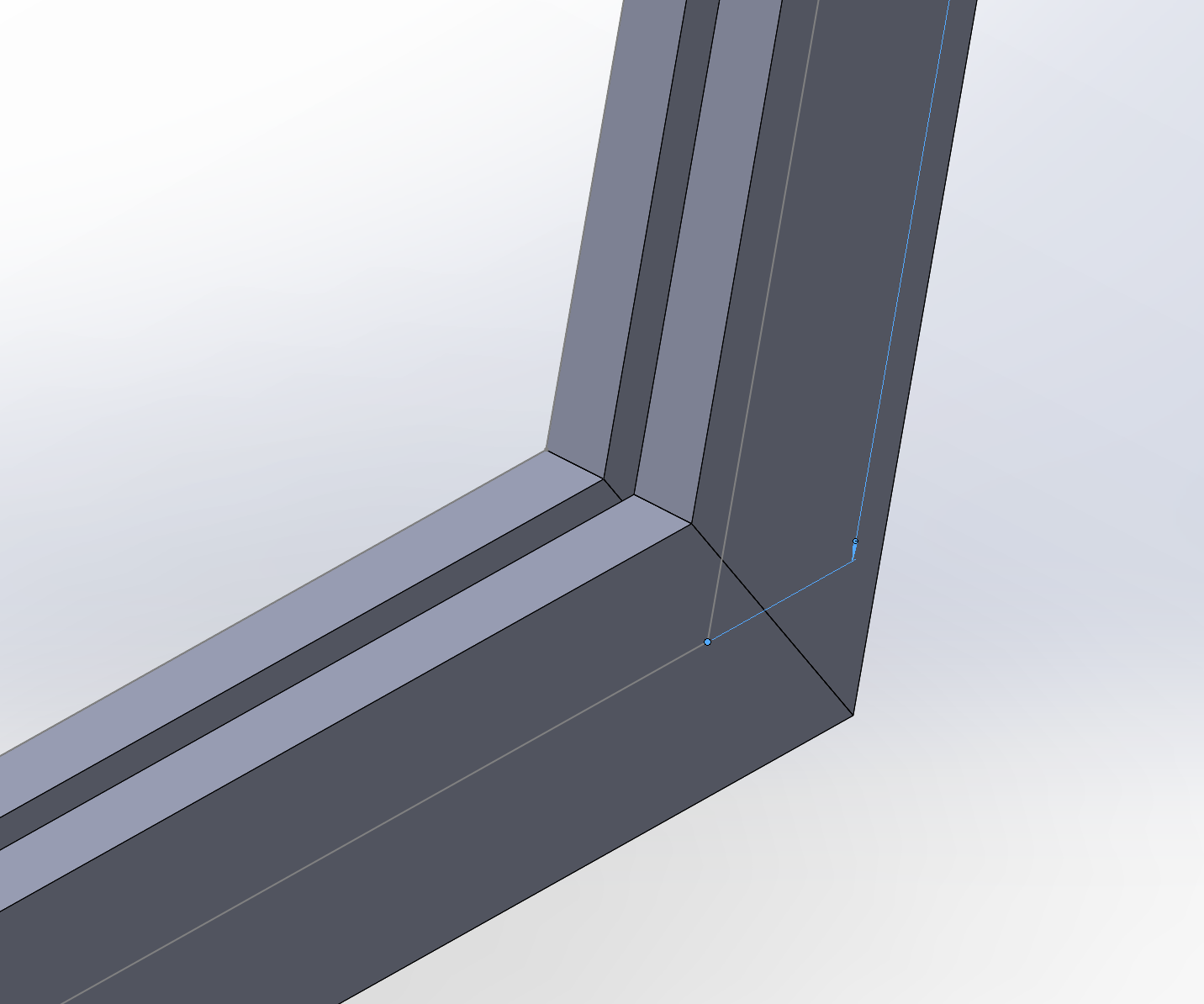 Of course, when I actually went to cut all this stuff, all these carefully calculated dimensions were wrong, so I ended up laying the boards out on the actual screen and cutting from that. That was fine.

Cutting the notch was harder than I thought. I tried it on my radial saw. If you go against the blade, when you hit a knot in the wood, the whole thing explodes. If you go in the direction of the blade, it eventually grabs the wood and launches it into the wall at high speed. After you get back from the hospital, I recommend getting a router, they are made for cutting slots in wood!

I dug around in my garage until I found one. My garage is magical like that. 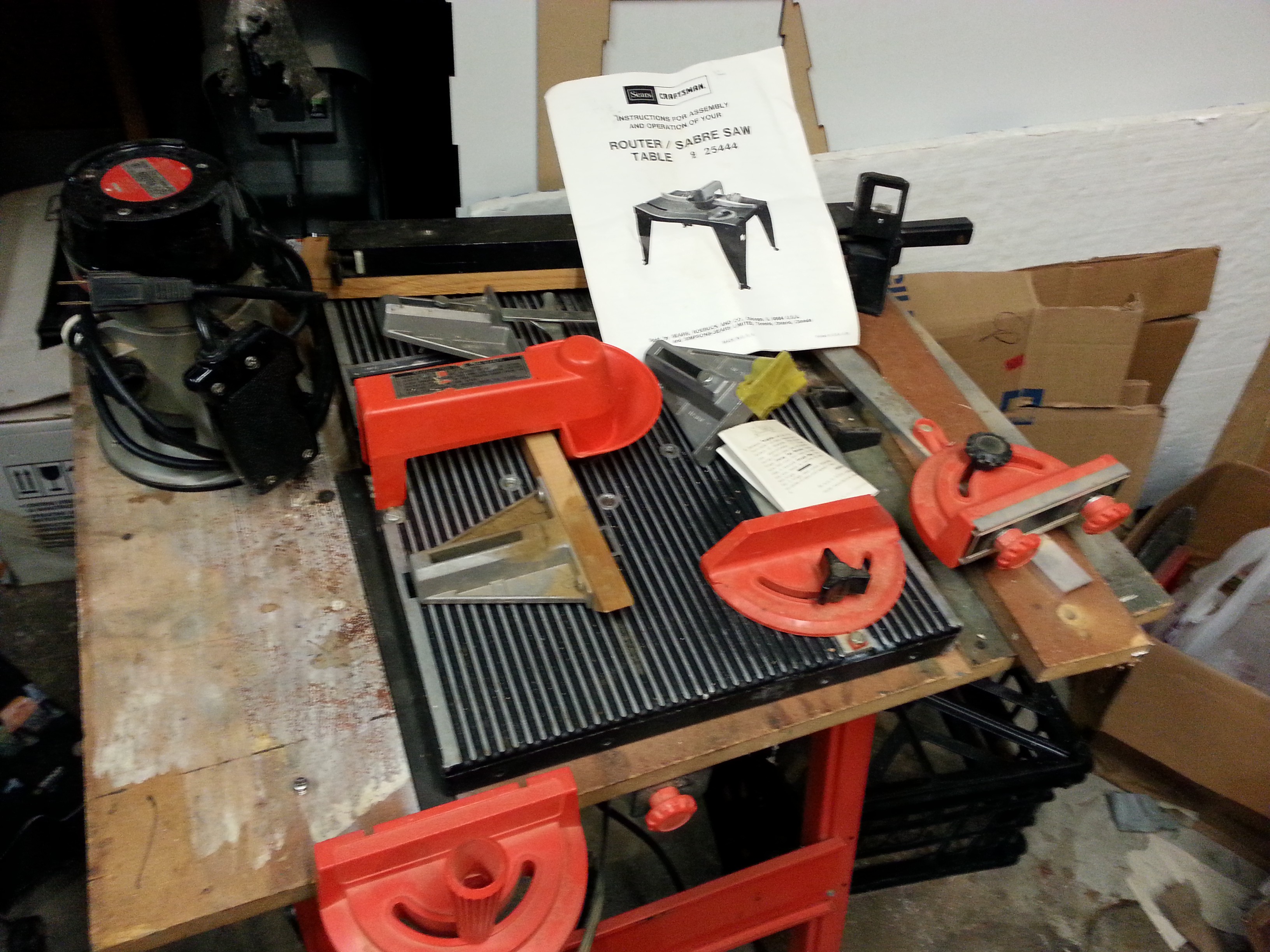 After practicing on some scrap, I was able to make mostly straight slots in wood! I didn't really worry too hard about the depth of the cut, despite all that measuring earlier. 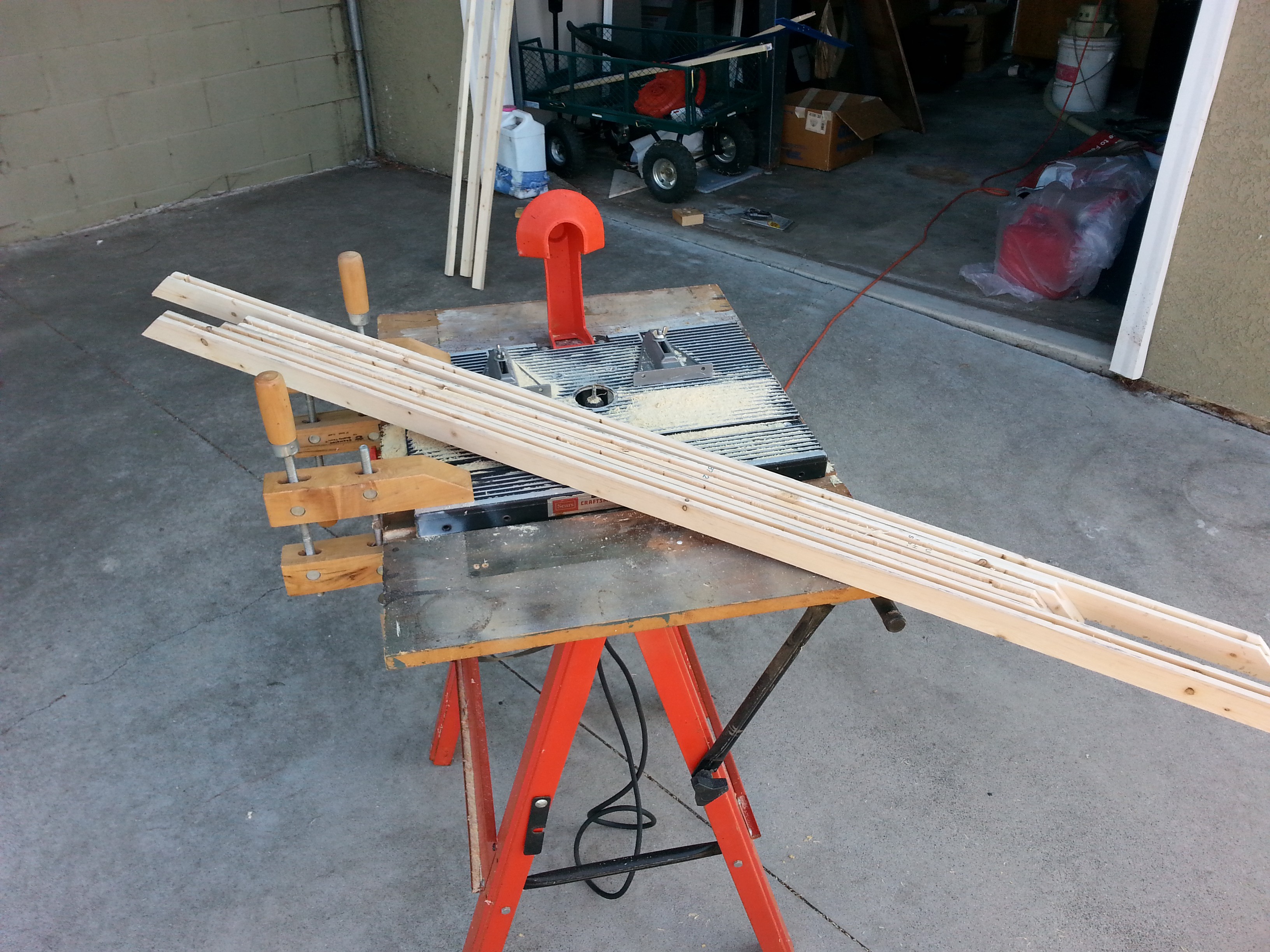 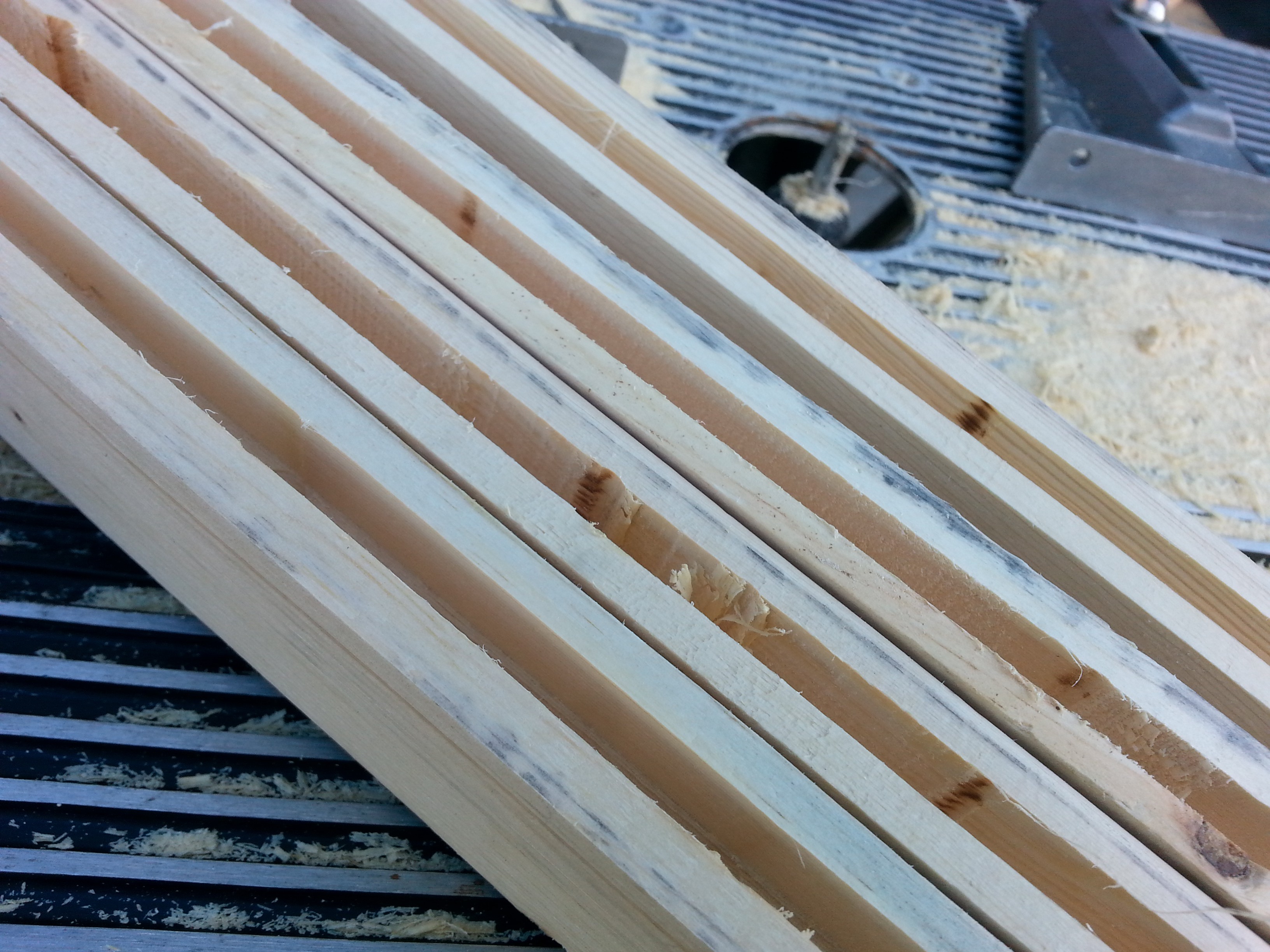 I took the wood over to MAGlab, where I used their sander to clean it up a bit (somehow magic did not put a sander in my garage). but it wasn't big enough, so I tried sanding against the grain. Don't do that. It makes your wood ugly. I had to go use the bigger sander at 23b Shop to fix the damage I did at MAGLab. Must remind them to put the stop back on the sander that I removed...

23b also had some metal brackets that were perfect for my project. Thanks to Arclight at 23b for letting me have brackets. It is much easier than trying to buy them at midnight.

I lined up the brackets and drilled starter holes on their drill press, which is SOOO much better than my drill press. When Harbor Freight guy tells you to get the keyed chuck, get it, because the keyless chuck is terrible.

So I screwed the whole thing together and it looks grand! 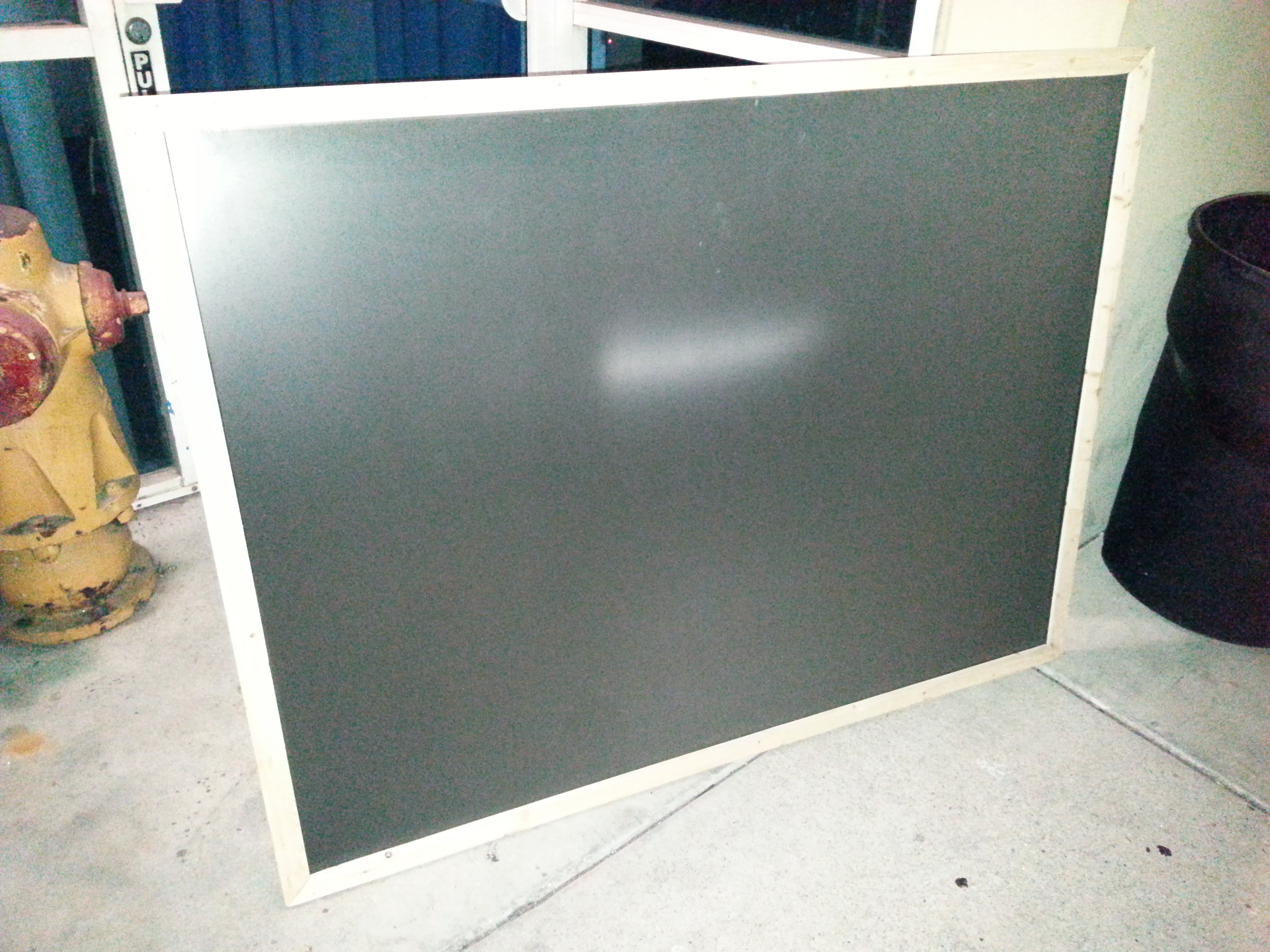 It still needs a few things:

But those are for a future time.

Standard definition televisions and monitors of all shapes and sizes sprout like mushrooms on the curbs of Los Angeles. Unfortunately, I'm full up and can't take and love them all. So I've only recovered a few.
I did some experiments with the lensing as well, but nothing useful came of it. It turns out that most projectors won't focus that close...

Nice find. I went the other way and put a TFT panel on a overhead projector. 12 foot wide projection TV, hooray! Until the TFT burned out eventually. Mehhhh ;-)

2021 Hackaday Prize
Getting a little exercise during the daily grind.
Project Owner Contributor

Official Hackaday Prize Entry
All babies today love teething on their parents phones. Baby Phone will be designed to look like but be more rugged than a normal phone.
Project Owner Contributor