Chess Mate is an 80's style chess computer based on an ATMEGA328 slightly overclocked to 25MHz .

The ChessMate is an AVR ATmega328P running at 25 MHz with chess Engine based on recursive negamax search micro-Max 4.8 by H.G. Muller [1] (hash table removed by Andre Adrian).

Our contribution are the following features:
- Included Threefold repetition rule using Compact Chess Representation of history boards (C.C.R.) [2], we made it valid for the last 15 boards with 32 bytes per board; so the history boards occupies 480 bytes of RAM.
- Included the Fifty-move rule check (from fairy-Max [3]).

A node refers to a branch of play the computer investigated.

The following figure shows the nodes investigated versus move number (the engine was playing against itself): 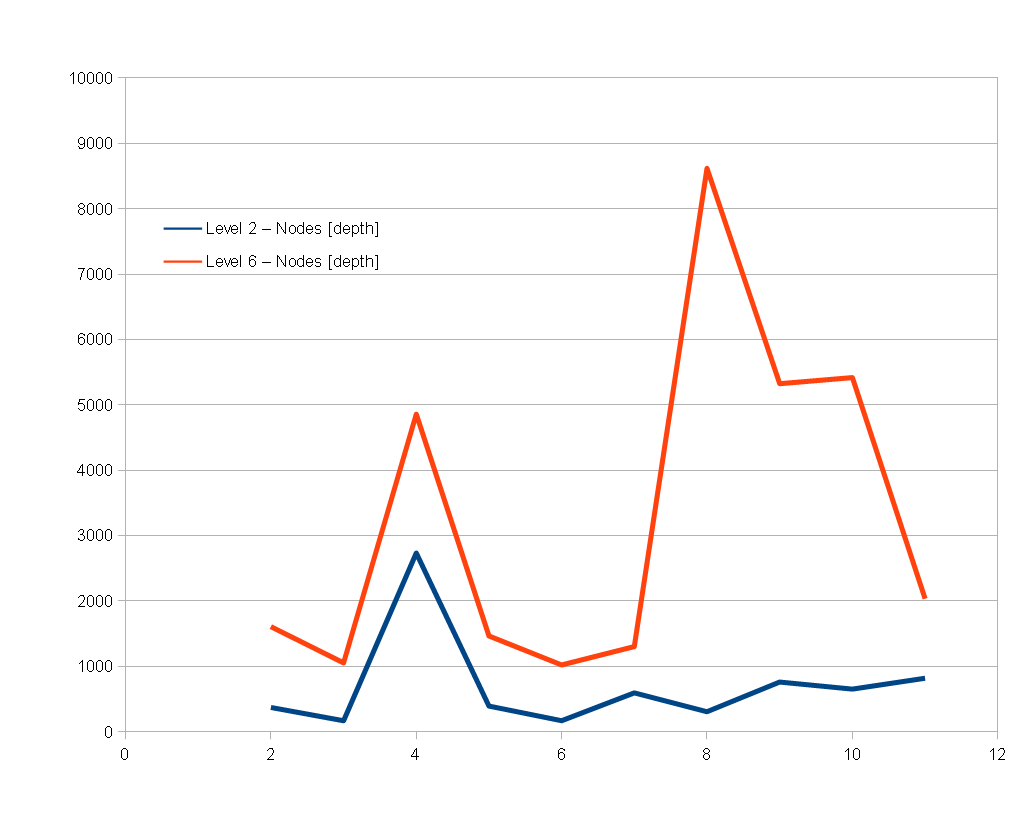 FIGURE A1 - Nodes versus Move number (Chess engine playing against itself)

It is worth mentioning that this project is very similar to the SHAH computer by Andre Adrian. He not only ported the micro-Max 4.8 chess engine to AVR back in 2008, but also built the chess computer on ATmega88 and ATmega644 chips in 2009: http/www.andreadrian.de/schach/#Selbstbau_Schachcomputer_SHAH

His AVR Max chess engine can also run on Linux and Windows.

Thrilling project! Is there a way to assess ELO rating of this device?

Thanks! I can't tell you if there is a way to perform such calculation automatically, if this is what you meant to ask. In fact I am a lousy chess player, then the machine beats me absolutely. Please contact @Reinaldo de Sales Flamino , my partner on the project. He have implemented the chess part of the code.
Regards!

Can i have the background study of it? Just for my thesis :) thanks in advance!

I really like the push-buttons you used. Where did you find them? Is it a clear cap that you can put your own label under?

Thanks, Brian. I got those from Ali Express ($15,00 for a lot of 100 switches). As you realized the caps are clear and I have custom labels beneath them. The switches are cheap and look great but the switch 'neck' can twist some degrees causing the misalignment that can be seen on the photo.

Awesome. I will look for them. Can you give me a link? I want to make sure I get the same kind.

"relegendable keys" is what you want to search for.

Ah, I see - Are you planning to publish the source code for the chess engine? Or are you using an existing one?

The engine code is based on an existing chess algorithm ported to AVR by my friend @Reinaldo that is co-author of this project. It will be available as well in the github repository for the project.

Thanks  @Oscarv ! And thanks also for the tips! I've followed a conservative design for driving the displays mostly because I've noticed some issues on brightness on the LED display from #Key Pass but I will strongly consider to eliminate them. The diodes could also be removed, as far as the only keys that are expected to be pressed together are CLR/NEW and one of the numbers (for starting a new game with the desired difficulty level), but they gave a retro look to the board as well as they helped me to route the board without jumpers (well there is one jumper but it is there intentionally).
By the way, your #KIM Uno as well as you PDPis projects are real wonders!

AVR Chess - excellent! On the schematics, I think you can leave out the transistors and diodes to simplify the board. I made a PCB with the AVR328, driving a segment led display and switches last year and found that the AVR can power 7 led segments directly from its pins, bright enough with a 1K resistor. Also, as long as you do not plan to press multiple keys at the same time, the diodes can be left out. See my KIM Uno project on Hackaday for a board with very similar schematics (it happens to play chess as well, though likely no match for yours...)