Complete controller of a toaster converted to a lab-grade PCB reflow oven.

Use this daughter board on a TI MSP430 "Launchpad" board to gather all the things you need to control a small toaster oven used for reflowing surface-mount printed circuits. This board, plus a very low-cost TI "Launchpad" board processes a closed-loop thermal regime in a precise way.

The main differentiating feature of this controller is a tiny mixed-signal FPGA that decodes a quadrature rotary encoder, a selector switch built in the encoder, an ambient thermal sensor for detecting temperature near to the controller board, plus automatic control of a PWM variable-speed fan for efficient cooling of the controller and the SSR relay which is also controlled by the Reflow2. The ambient temp sensor data and the current encoder selection value are both available asynchronously from a SPI channel in the FPGA. There is an 8-digit LED display, with independently controllable segments, and an interface channel for a 2.3" LCD panel. There is a K thermocouple sensor and an ultra-accurate real-time clock.

The asynchronous nature of the up/down counter and temp sensor data allows for very efficient use of the code space of the MSP430 MCU, which then does not need to have bit-twiddle processing to accomplish the GUI elements of the oven controller. The LCD panel and Reflow2 controller setup is mounted vertically in the space provided in the oven after the original "toaster" bits are removed. I also use a small switching power supply to feed the +5V and +12V supplies for the controller and PWM fan. For safety the original "zip-cord" power cord is discarded and a properly grounded IEC receptacle and fuse are installed.

The ambient sensor is a 10K NTC thermistor. The K thermocouple is placed2 in the oven space, which is wrapped in a cut piece of welding blanket for much better thermal insulation. The switching relay for the oven heating element is a standard high-power AC SSR relay controlled by a 5V signal from the controller. The relay is mounted on a heat-sink tower also mounted inside the oven space. The power supply, relay, heat-sink tower, and PWM fan are all standard units available widely, and at low cost. My cost for one-off for all of these amounted to $50. The Launchpad board was $13. The IEC receptacle, fuse houising, and power switch added another $11. The LCD and thermocouple totaled $38 at Adafruit. The oven itself was a brand-new Proctor-Silex toaster, which cost $61 at Wal-Mart. The Launchpad itself was $13. Therefore all hardware cost except the Reflow2 totaled $186. The board fab cost is $21 per board and the parts cost is estimated about $75 per unit. This sets the total estimated hardware cost at $282. Contrast with the minimal cost for one of the (not very good) Chinese desktop units available, which cost something like $1200 each.

Here is a link to an article that shows some detail of the design of the Silego FPGA used in this project.

Here is the schematic for this project: 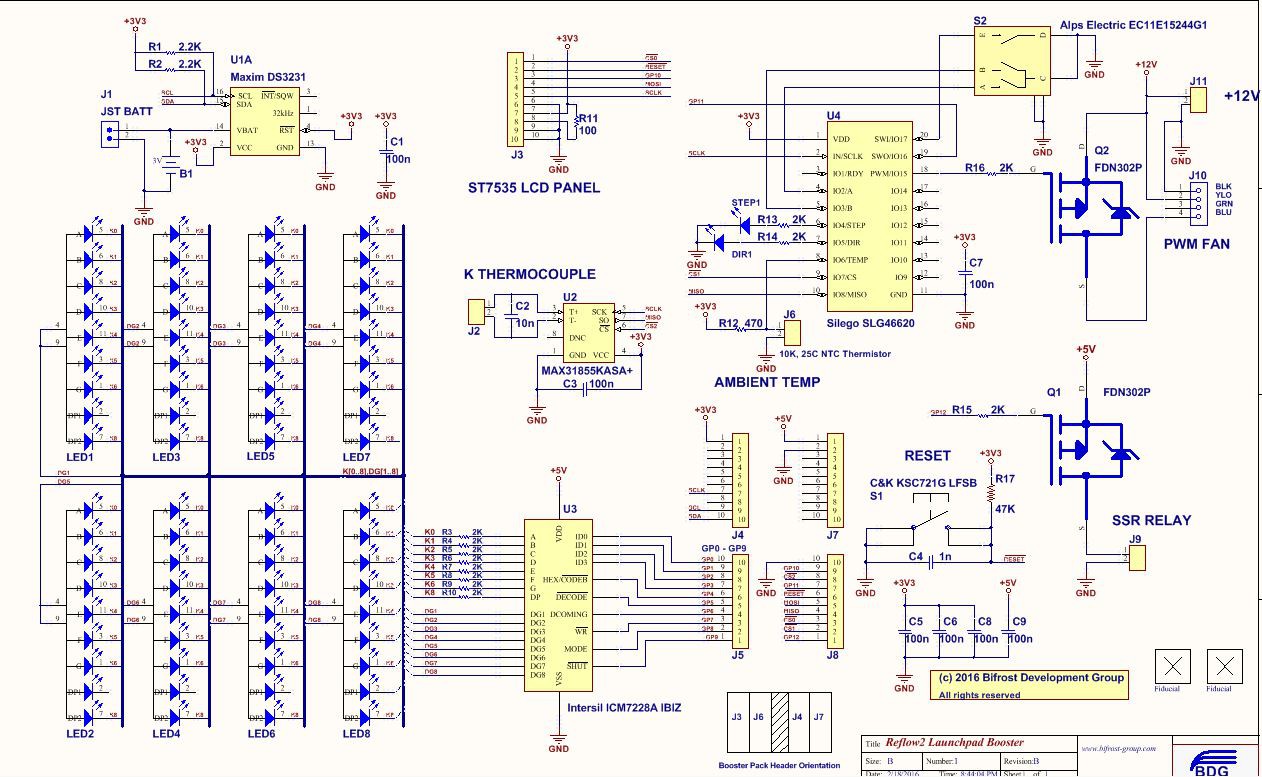 And here is a rendering of the appearance of the assembled board: 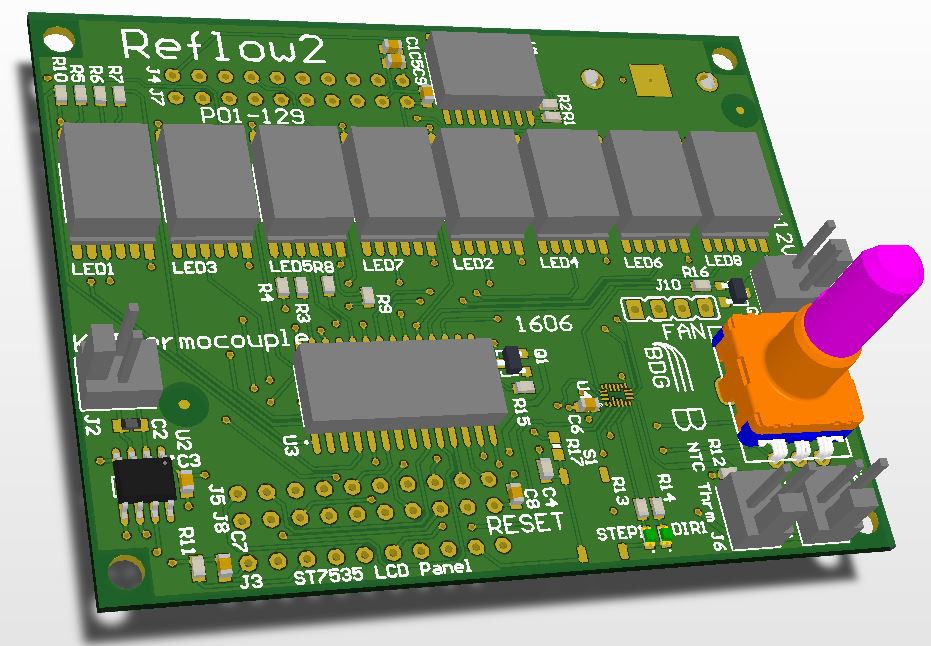 The boards are out to fab and will be arriving here sometime early in March. I hope to have some photos, and possibly a working video of some demo code running on it soon afterward.

For reference this is the configuration Launchpad I am going to use (the MSP430F5529): Here is a link to the Launchpad page. 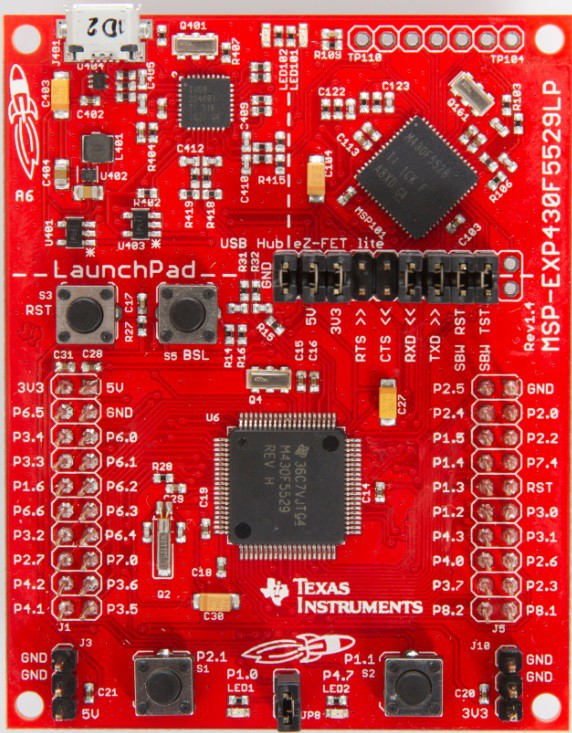 This is a drop-in replacement controller board for the T962A reflow oven, using the PIC32MZEFH as the CPU.
Project Owner Contributor