This project is basically a heating controller for heating bath temperature that is used in the biogas lab in my university. It can be used to control the heating of anything else.

I made practically the same thing using a RaspberryPi and UniPi expansion board but it was a bit too complex and expensive. This solution might be a lot cheaper.

Everything is based on the PID algorithm with little tweak to avoid overshoot for different required temperatures (for different step sizes). This means that the classic control loop is used. Temperature is measured by LM35DZ sensor that gives 10 mV/°C.

To control heater power the duty cycle control is used. That means the heater is switched ON and OFF for certain amount of time from a fixed period. The result is possibility to set heater power from 0-100%. This can be achieved because of the high thermal capacity of water. (the process is "slow")

Control algorithm was simulated in Matlab/Simulink. It is all about Integration gain changing for different step sizes (step from actual to needed value).

To design PI(D) control I had to do 3 things: 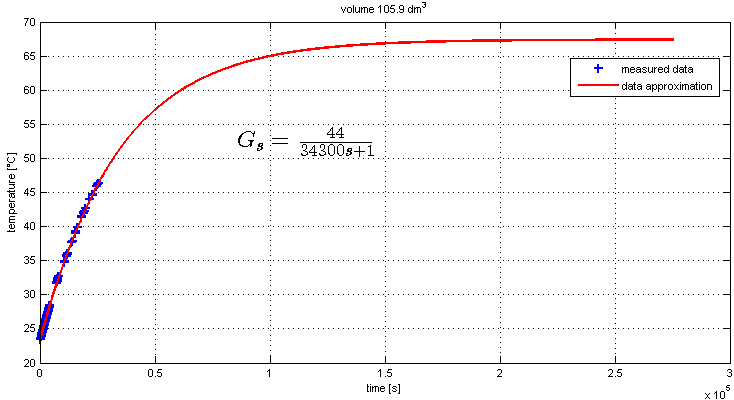 There is a basic control loop on the next picture with some blocks added to make the model behave more like a real system.

The idea behind the control algorithm i have used is to use PI control with a little tweak. If you want to use the PI control you need to tune the constants (P, I, D) of the regulator. The problem is one setting is good only for one situation (step size). So I change the setting of the regulator according to a situation (step size). I believe it is called gain shifting.

I have used Arduino core from SpenceKonde

DS18B20 sensors come in a waterproof design. A NodeMCU controller can host a free web page for monitoring and control instead of hardware. It can send the date to a cloud spreadsheet if you want. https://hackaday.io/project/171474-wifi-waterbed-temperature-control

The 2016 Hackaday Prize
Bringing industrial automation and regulation to everyone.
Project Owner Contributor

A "kegerator" that can keep my beer cold and allow me to ferment my beer at precise temperatures using a MIMO (state space) control design.
Project Owner Contributor

MashBerry is a Raspberry PI based beer-brewing controller. It is designed to automate the mashing-process for the homebrewer.
Project Owner Contributor