An excellent customizable game controller kit for your phone.

game controllers, including the uncommon ones

The first Phonetroller was a weekend project I put together last fall. I love platformer games and wasn't thrilled with the external phone gamepads available on the market so I bodged together the device from stuff I had lying around the shop. The controller was designed to be removable, compact, rugged, and customized for my device (a OnePlus 5) while in its protective case. The new (second) prototype also makes liberal use of FR4 but uses the 'ergonomics package' from an XBOX360 controller. A future version will be designed to work with any Android phone (cuz Lightning connectors). I think this could make a great kit, with the user upcycling an old controller and doing the final soldering to customize the dimensions for their device.

The device includes a number of key innovations that set it apart from other devices on the market: 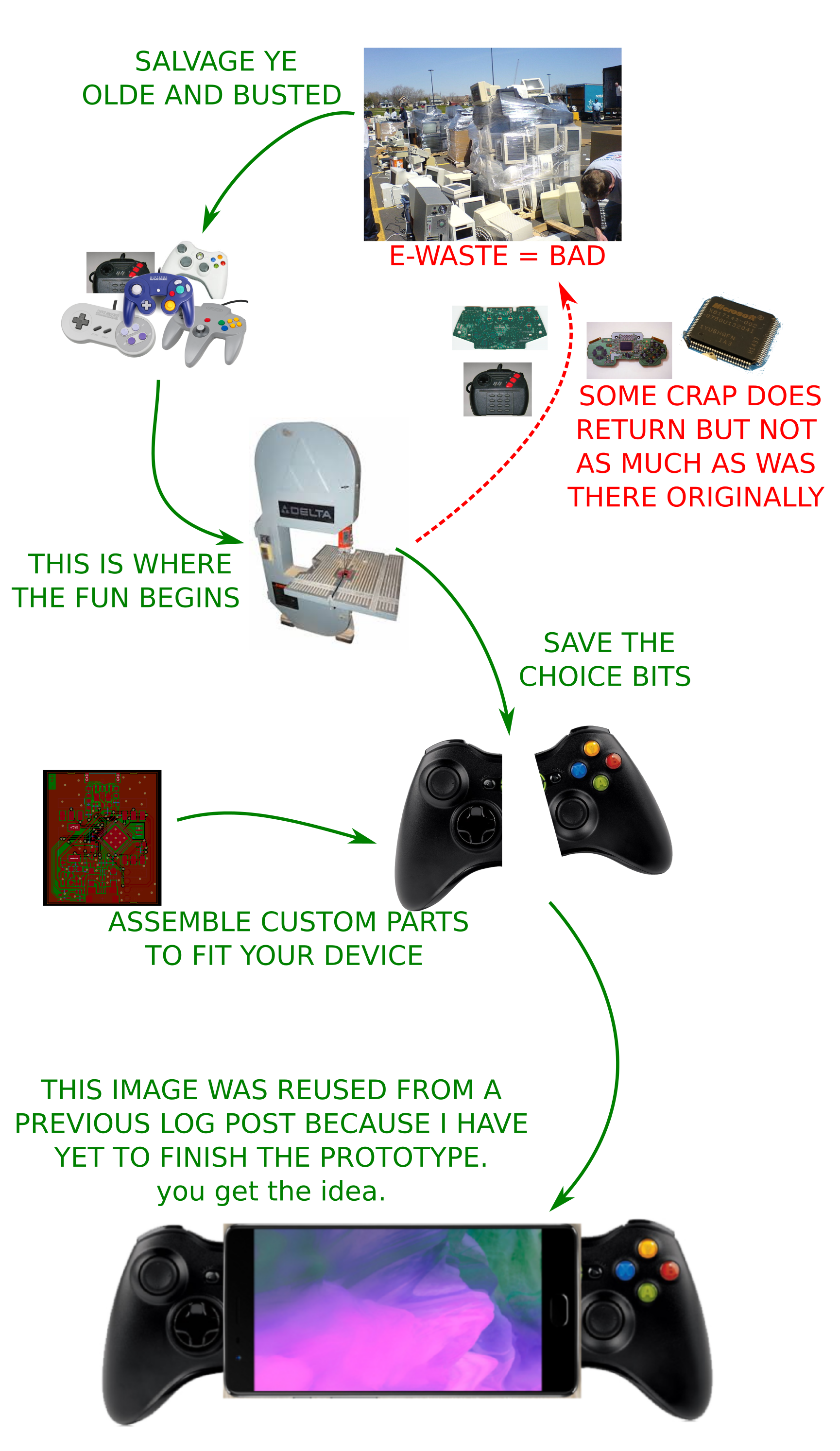 At its core, Phonetroller is and must be a kit. The user sources the salvaged controller 'core' that is disassembled, cut in half, and mostly re-used; they then customize the Phonetroller PCBs to fit their device, attach the appropriate USB connector, install the processor board of choice, and assemble the whole thing back together.

As of now, @zakqwy will head up the electronic bits while @Jarod White will tackle the Android ADB stuff since that was his idea and he's pretty sure he can get it to work. The next prototype will start to involve custom (non-carved) PCBs and other fanciness, so stay tuned!

My work routine is quite busy right now, so there won't be a lot of time for me to devote to this project. Therefore, I will hand this over to the hardware designer who will assist me in completing this project as soon as possible. Well, now I would like to read https://trendblog.net/how-to-write-a-technology-essay-in-5-steps/ article which is about how to write a technical essay in 5 steps, surely it will help me to write it in the right way.

next up: a collapsible screen made from epaper