You may see it's just a stickered chip? NO! This is totally self-contained "mod-chip"

AVR has a long history and still very popular for Arduino based system. This "mod chip" contains everything, 16MHz resonator, pull-up resistor and bypass capacitor, needed for minimal Arduino operation. We can use it as if "DIP sized Arduino MEGA"! 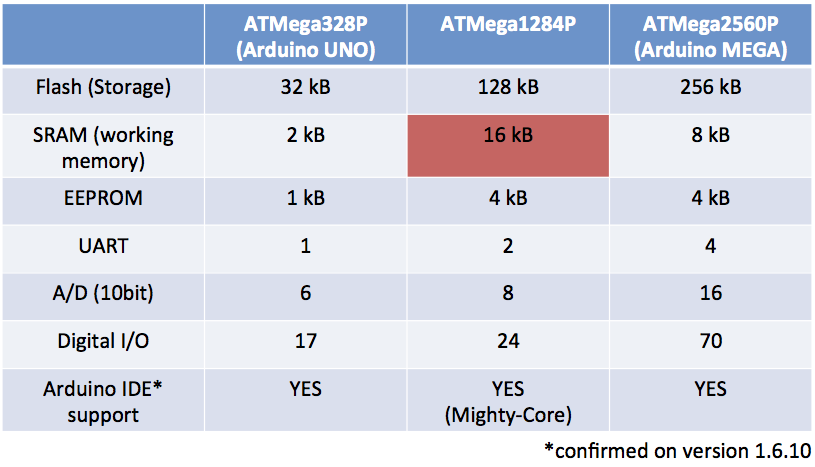 It may not be well-known but SRAM of ATMega1284P is doubled as ATMega2560P in Arduino Mega. This feature is quite useful for memory-demanding application such as image processing and standalone computer project (I love it). Also Flash is four times as ATmega328P in Arduino UNO. Actually, so far, I have never used all of them.

But!, I don't know why (strategic reason?) but no Arduino board was released by arduino.cc (or .org), and handling ATmega1284 is not so easy for beginner and solder less board prototyper.

So, this time I made a "mod-chip" based on ATMega1284P. The circuit of this mod chip is as follows: 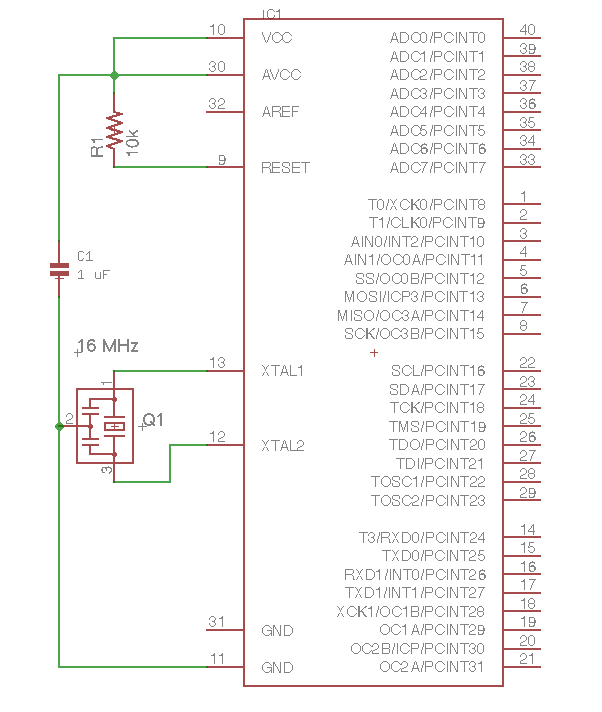 One 16MHz ceramic resonator (which part number is same as Arduino UNO) and capacitor, pull up resonator are directly mounted on DIP package. 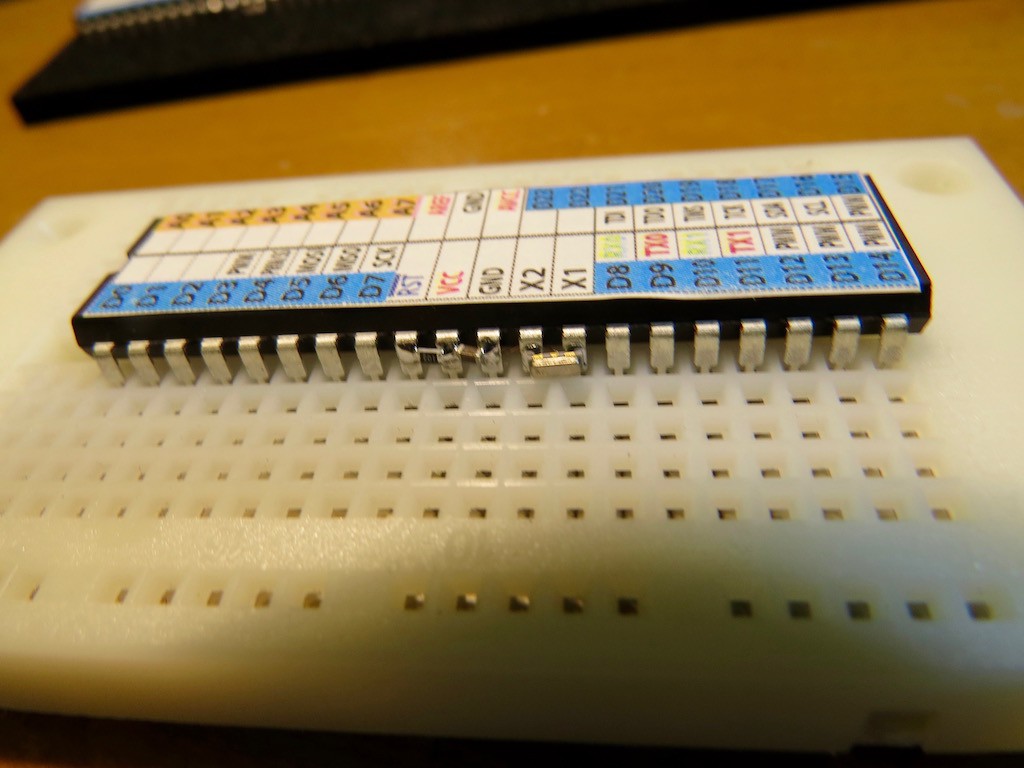 You may think connection necessity between 31 pin (GND) and 11pin, but actually these pins are internally connected and I omitted it. (Of course you can connect by additional jumper wire) All of the pin function are indicated on the chip and we don't need to find data sheet and just can focus on programming and prototyping. 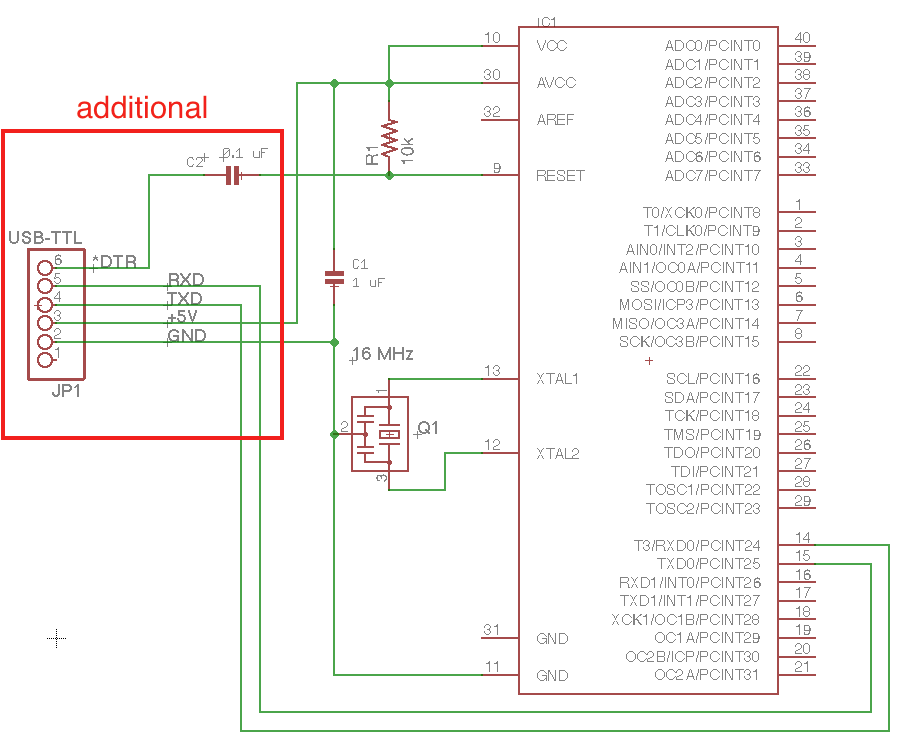 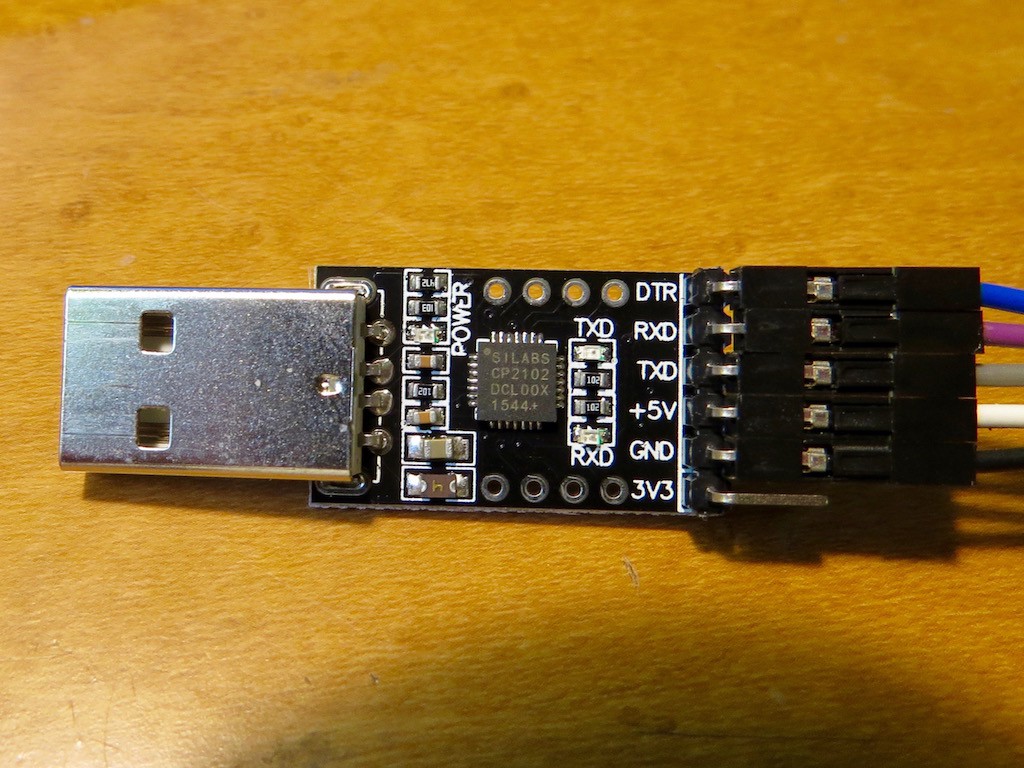 I've upload bootloader and programming by Arduino IDE is quite easy. Just connect USB-TTL interface with this mod chip is all from hard-ware part.

As is described in the above github page, we can easily add 1284P board information just by addingat board manager preference.

On the board manager, it will appear as 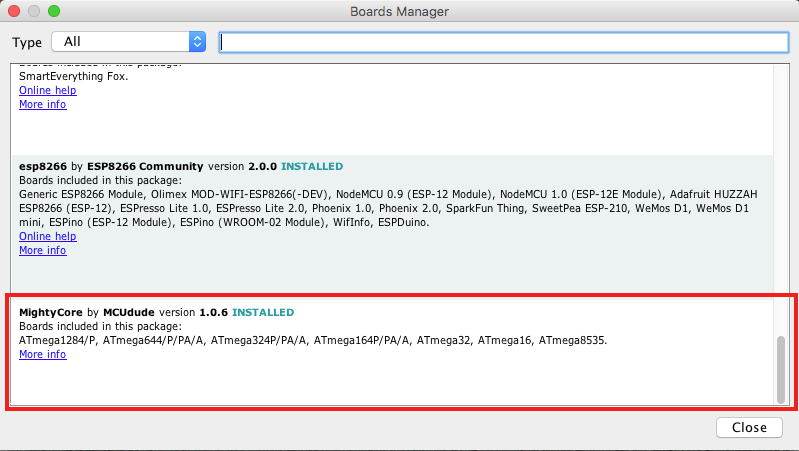 and simply install will do all the job needed!! Wonderful! 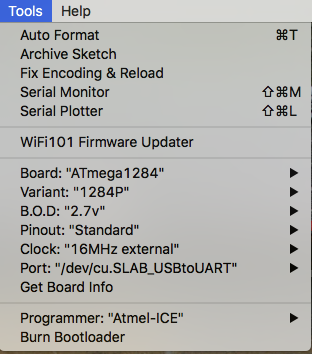 For board selection at tool tab, we can select as above. YES 16MHz external clock!

After finishing wiring between USB-TTL and Arduino IDE setting, we can program as same as UNO and others.

I would, prepare 7 total parts kit and sell it at tindie by $15.

You may have a concern about parts fixing strength. From image, we can see, ceramic resonator seems to be simply fixed by solder. It should be fragile! Initially I had a same concern so.... 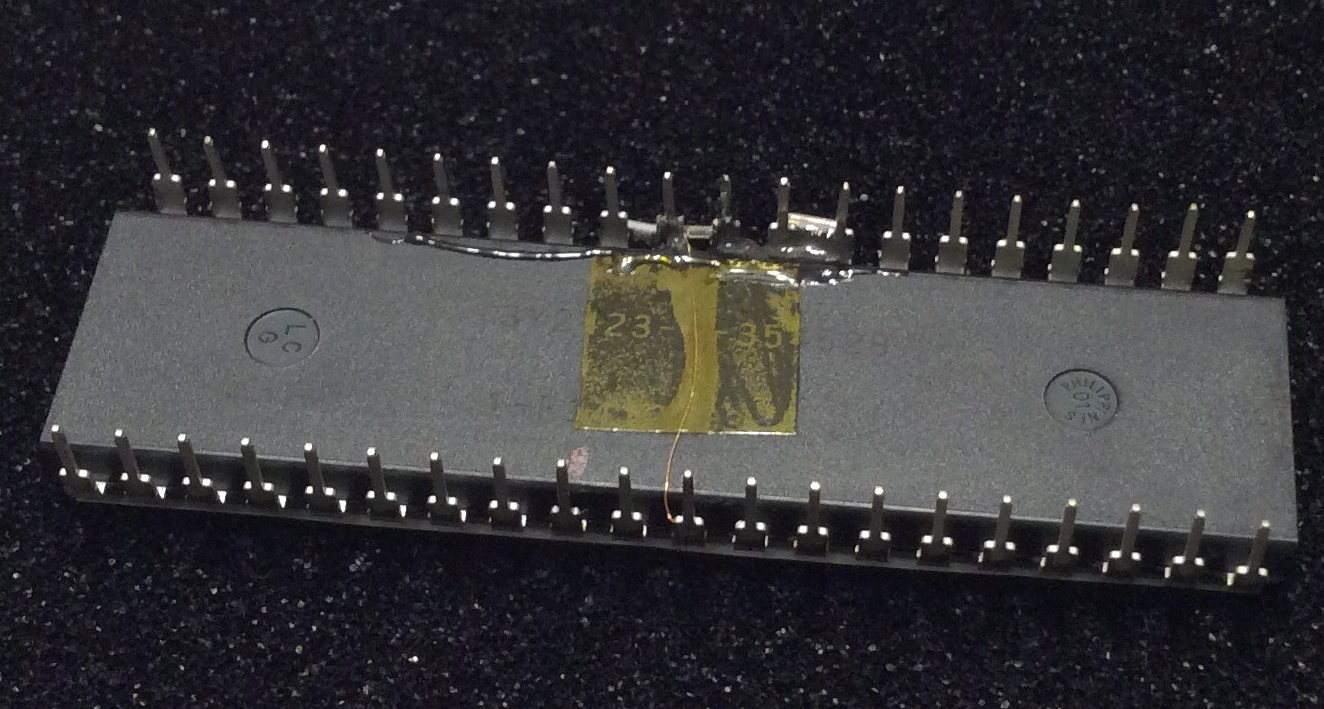 backside of resonator, epoxy glue is filled to enforce the fixing. Of course epoxy glue is put so as not to prevent electro-conductivity. After this care, I think parts fixing is not so fragile and we can handle as same as general DIP package IC (If it is ran over by car, it will be broken, otherwise it works well )

I have not so much concern about the parts fixing strength as about the parts inherent strength, even with the epoxy backfill. This ceramic parts are quite brittle, especially the capacitors, epoxy is softer. If you really have to use a construction like this, I would recommend to use leaded solder (which is softer) and use the least possible amount of solder, so the solder connection itself can absorb some flexing.

I did similar "3D" constructions, but not on a chip which is supposed to be wedged into and out of a breadboard.

So putting this chip on UNO upgrades UNO right?

Do you think we can make cheaper and better audio recorder than this?
Need to be compatible with Arduino, at the end I want to send wave data to PC over WIFI.

The chip in UNO is DIP28 and this chip is DIP40 so not directly compatible but instead of using Arduino UNO, usage of this chip as one arduino board will help to increase buffer memory since Atmega328 just 2kB SRAM but 1284P has 16kB SRAM.

I have not tried this audio recorder but rich RAM will provide more surplus to complete.

ah totally missed the pin layout, ok so to upgrade UNO we just have to make a breakout that maps all the pins correctly to new chip and for any left over pins we can add a male header to them to make them easily accessible for later use. Sounds right?Thanks!

Right, and actually I made a some "turbo shield" for this purpose before

, which was abandoned a bit time ago..

The most used programmer in Arduino and other compatible boards. Let's have a closer look on circuitry and more.
Project Owner Contributor

ArduShield it is a development shield for most popular boards like Arduino UNO, Mini, Pro Mini, Nano, Micro, Leonardo and many others boards
Project Owner Contributor

ArduShield – most Hacker shield for ARDUINO

How to DIY Your Own Arduino Board-JLCPCB