Build your own continuous servo, with an RC servo and a Mocoder Magnetic Encoder

I include in this list the most interesting projects of IoT modules in terms of design, idea, marketing or technology.

Mocoder is a magnetic encoder that rotates continuously, while giving positional feedback throughout the rotation. Use it as a drop-in replacement for many potentiometers. In particular, it replaces the pots inside RC servos, turning them into robot servos.

Mocoder is based around the AS5600 12-bit magnetic encoder. A magnetic spindle rotates freely above the chip. All the parts are held together within a plastic housing.

Below you'll find instructions for making a robot servo out of a Mocoder, as well as a few example applications.

Mocoder is currently available for purchase on Tindie.

Mocoder is a small breakout board for the AS5600 magnetic encoder IC, along with an enclosure and a magnetic spindle, so it is a complete magnetic encoder. You can read the position of the encoder out over i2c, or simply as an analog signal from an ADC. Additional features are also available over i2c, and AMS have provided an Arduino library for i2c interfacing:

I'd also recommend checking out the datasheet for the AS5600:

Here's a video of mocoder being read from an Arduino over i2c. 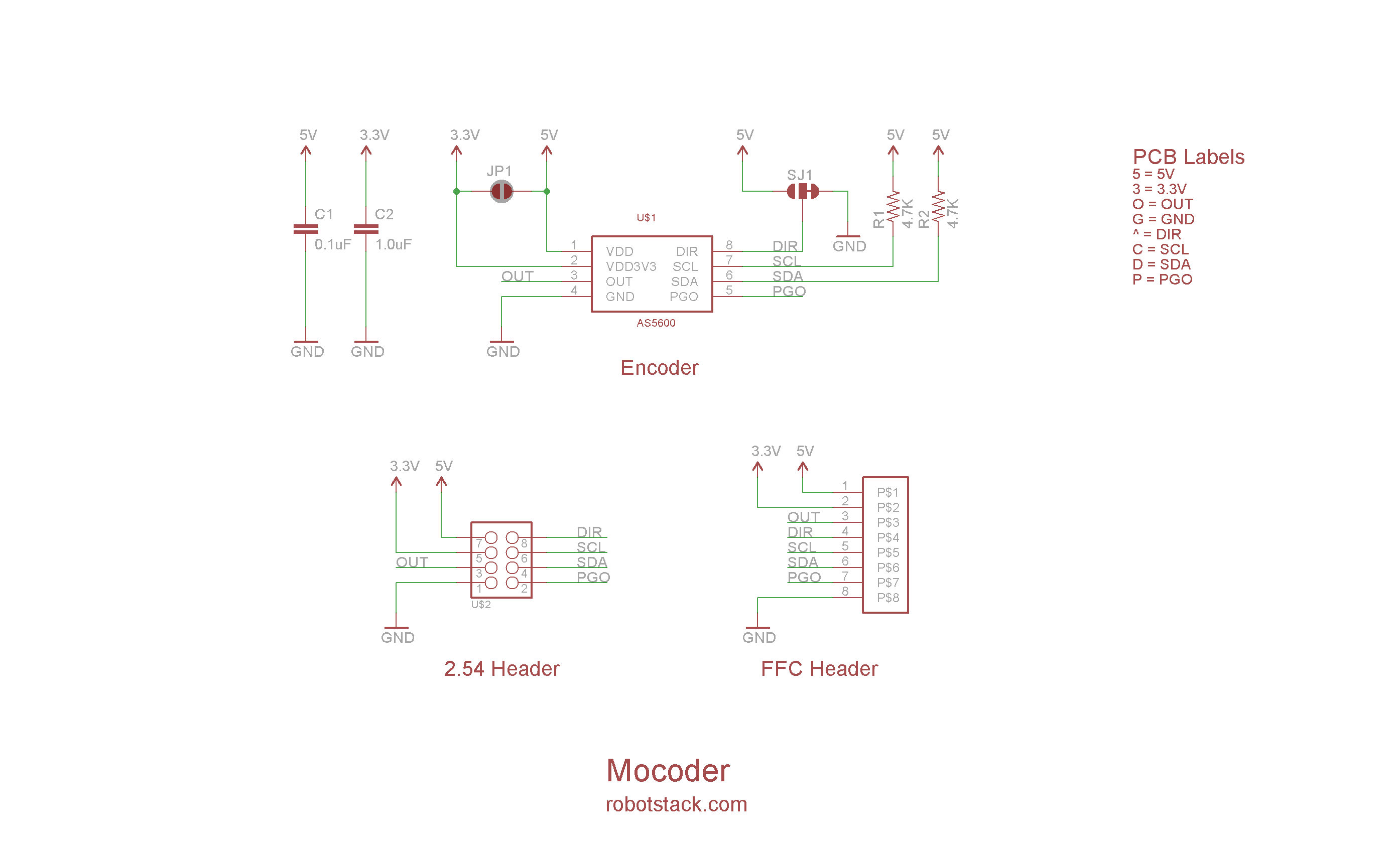 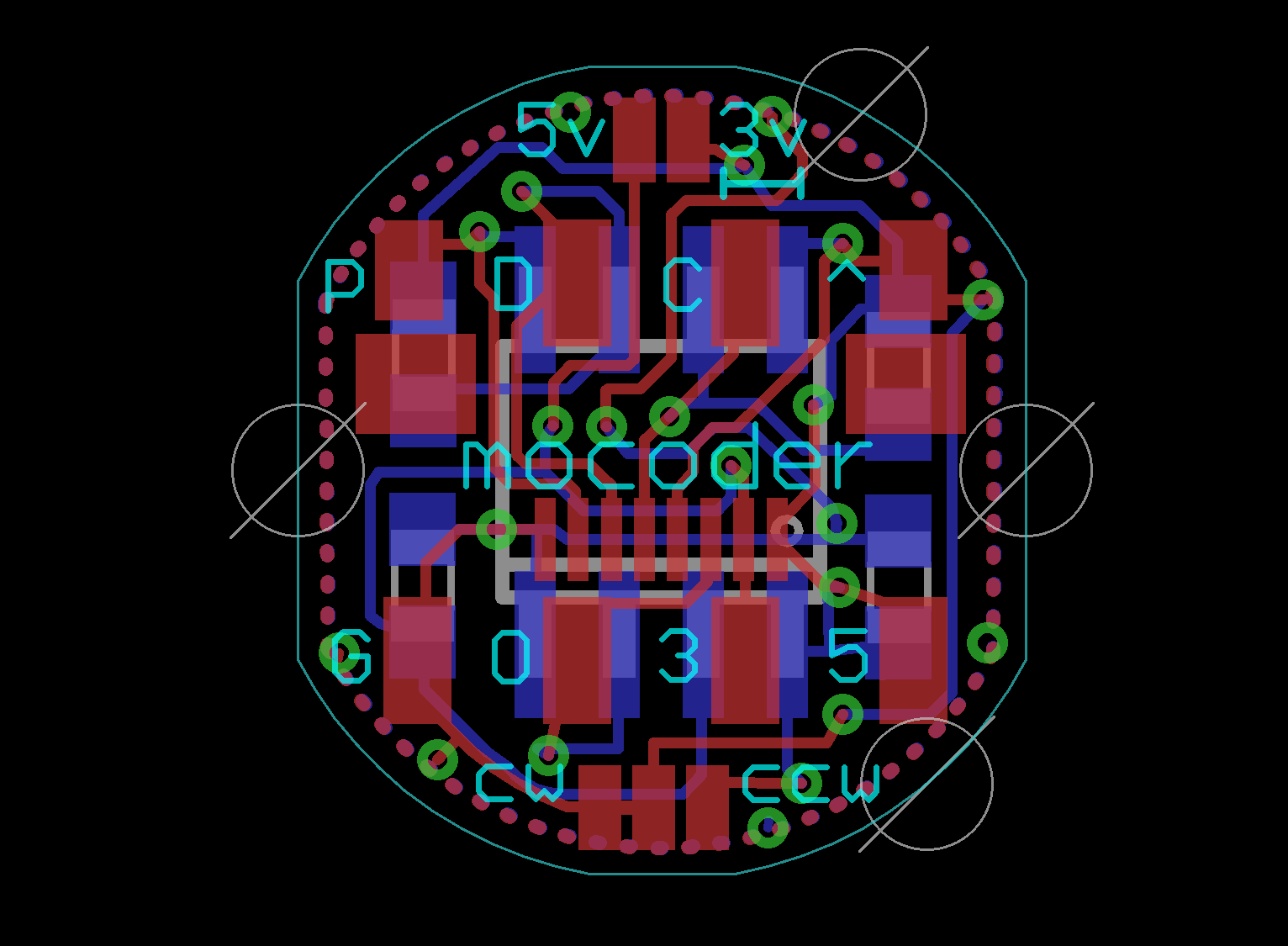 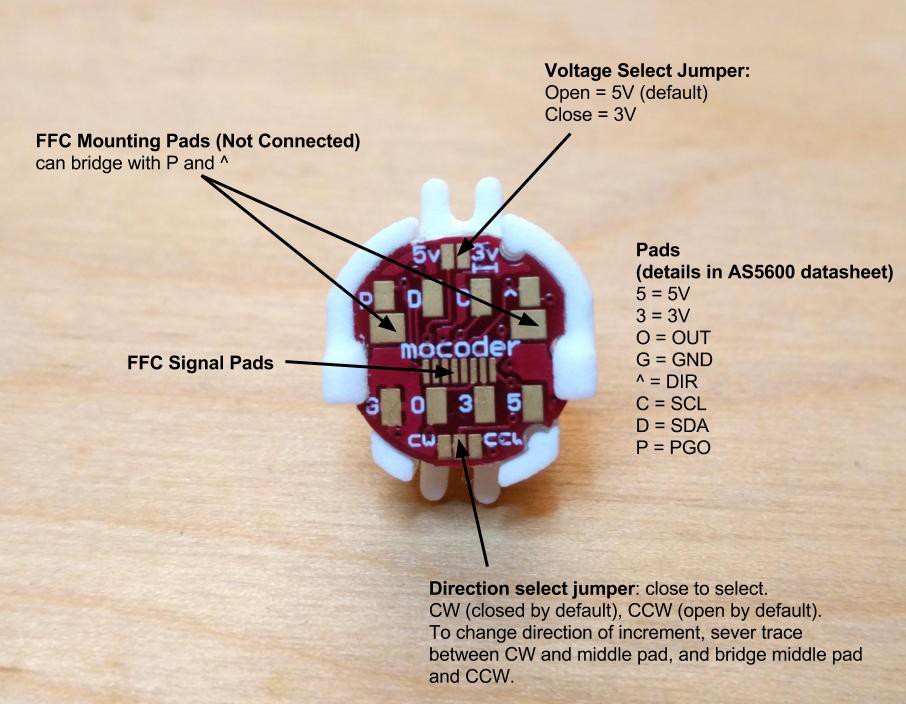 Some things to note.

Soup up your Servo with Mocoder

You can replace the pot in your RC servo motor with Mocoder to allow it to turn continuously and have position tracking. You read the position of the encoder from a microcontroller and move the continuous servo until it arrives at the desired destination. The microcontroller also allows you to add some intermediary intelligence. For example, you can move the motor with your hands and sample the position. Then play back these positions. Check out some examples in the following videos.

Example 1: Programming a robot by hand

Example 2: Robot servo in a gearbox - (some overlap with previous video)

Mocoder has been tested and is known to fit and work with the following servos:

I decided to try your project and ordered a sensor. But I have found your link to the arduino library does not work. Can you provide the library locally or a new link? The senor is pretty much useless if I cannot find a library.

is it possible to use two encoders on the same arduino? how do you set the i2c address?

this spider robot is made of 18 pcs servo motors and it can dance and finish some other actions.
Project Owner Contributor

In this project I'll delve into the process I went to into creating my own quadrupedal robot.
Project Owner Contributor