The aim of this project is to build a complete localized weather station for both experimental and educational purposes. The station will include modern sensors in order to increase the parameter list usually recorded in home weather stations. While most commercial home units are capable of temperature and humidity, and a few more advanced systems may add wind speed and direction, this system will include all of them.

It should be modular and expandable over time. Initial parameters include:

The project is a mix of custom built mechanical sensors and commercial sensors. The scratch built sensors include wind speed and direction. A future module will include a scratch built rain gauge. 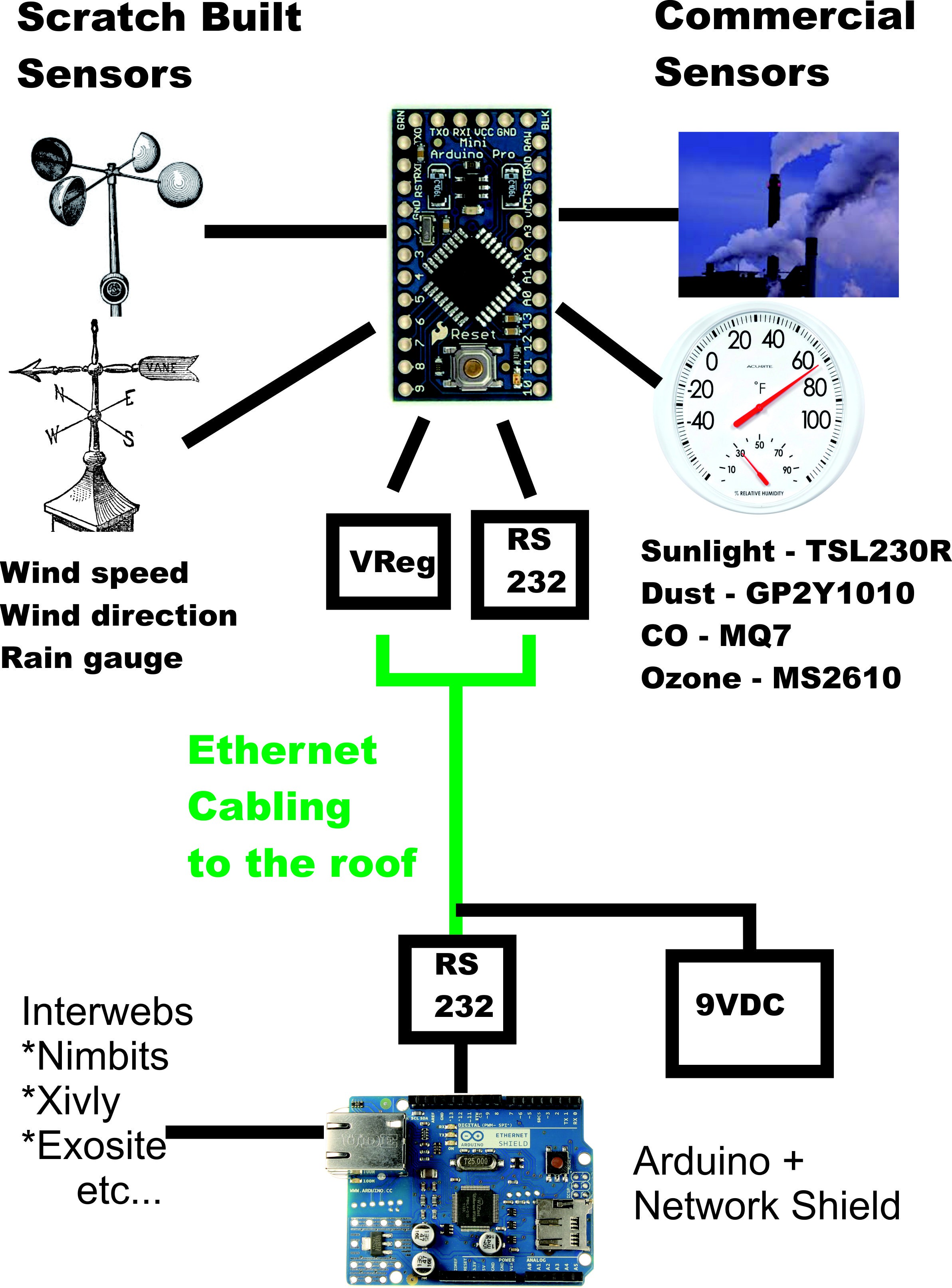 In addition to build plans, I will attempt to write basic outlines for in class exploration and guided content learning. The educational goal is to connect industrial arts, engineering and science. In this regard, guided explorations will encourage students to brainstorm and attempt to build various weather related devices while studying content material related to the parameter being explored.

As an example, let's say we are studying wind speed. We might ask students to first brainstorm ways in which they might measure it. Many of the more clever students will immediately imagine something similar to an anemometer.

We next ask them to research different ways to measure wind, such as pressure and force. At this stage, we should brainstorm objects in every day life that reflect the effects of wind, and how we might indirectly measure it.

The first scientist to begin meaningful measurements of wind force was inspired by the hanging signboards outside of ins, bars and shops. By first weighing the signboard and then applying an angle gauge to it, he was able to determine the amount of force the wind exerts on the board when it swings to any angle on the gauge.

We next attempt to replicate such an experiment while applying micro-controllers (Arduino) to the task of measuring the angle. This could be with a potentiometer, encoder, or optical sensor.

Just to mention this because you are mixing materials: (for the readers)

DO NOT LASER CUT PVC. IT CAN KILL PEOPLE

Acrylic (Plexiglas) - have at it!!

diysciborg wrote 07/26/2014 at 21:25 • point
Good question. quite often sites like Wunderground have the ethos that if it is not commercial hardware it is not reliable, unwanted on the network, or simply unsupported.

Not sure Wunderground's policy on how they vet hardware, but their upload protocol is easy enough to follow:
http://wiki.wunderground.com/index.php/PWS_-_Upload_Protocol

Here is their list of supported software (commercial and open sourced), and commercial hardware. Its a big list:
http://www.wunderground.com/weatherstation/setup.asp#software

JayPee wrote 07/26/2014 at 20:08 • point
How difficult would this station be to intergrate with, for instance, wunderground.com? They rely on mulitple, miniature, distributed weather stations IIRC