The blinking, bleeping amulet from that Star Trek TOS episode.

A reproduction of the amulet worn by Norman and other androids from the episode "I Mudd" of the original Star Trek series. A costume accessory for con-goers.

The amulet will blink and go "eep eep eep..." on command of the wearer, like the ones in the original episode, and this is guaranteed to make your science fiction con more enjoyable.

No, seriously. Think about the original episode, and recall what the crew did to defeat the androids. Now imagine wearing one of these at a con... what do you think will happen?

Guaranteed to make your time at the con more enjoyable!

I kept the build simple for quick turn around and so that people could concentrate on other aspects of their costume. For example, you won't need to make a PCB.

You'll need to solder, program an arduino, and have access to a laser cutter.

In the Star Trek (original series) episode "I Mudd", a society of androids, each wearing one of these amulets, kidnaps the ship and its crew.

To defeat the androids, the crew performed a series of over the top acts of silliness, nonsense, and madness. The androids burned themselves out trying to understand the meaning of such actions.

When the androids encountered something they didn't understand, the amulets would blink and beep - indicating that the entire android society was pondering (in unison) what to do.

At a con, many people will get the reference and remember what the crew had to do to to defeat the androids.


If you wear this amulet at a con, you will get many, many people performing wacky and screwball scenes in an attempt to bewilder the "android".

Every time you see one you can stop, activate the amulet, and enjoy the show.

This is also one of the simplest hall costumes you can have at a con.

The amulet will go with just about any costume, including street clothes!

Here's what you need to build one. You can get the exact chain used in the series episode on eBay by searching for "double textured chain" in the jewelry section.

The LEDs with battery pack is also on eBay - search for "LED string lights". 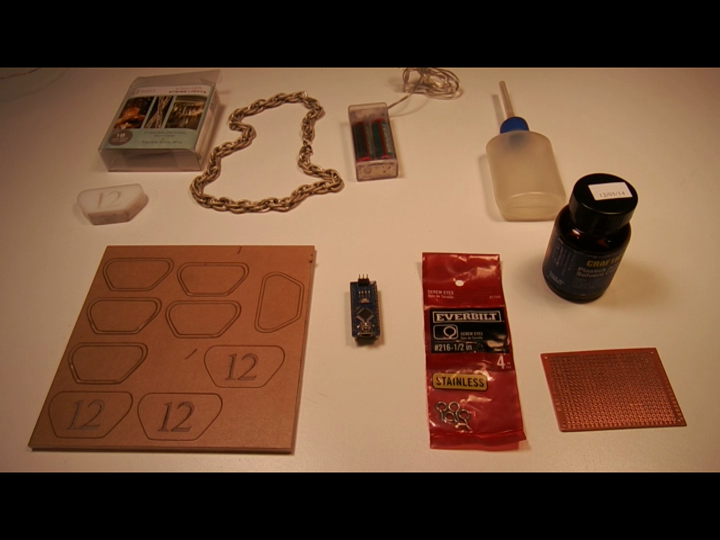 This work is licensed under a Creative Commons Attribution-ShareAlike 4.0 International License.

A staff weapon made from wood with actions, lights and projectiles
Project Owner Contributor

I made an escape room puzzle that uses magnets placed in just the right spot to light up the answer.
Project Owner Contributor

Evolution of My Coil Gun