STS-PiLot provides a remote control web interface with live video for rovers using the Pimoroni Explorer HAT / pHAT interface or other IO hardware. Thanks to the availability of generic webcam support via OpenCV and a dummy IO interface it is now possible to run the application on most Linux computers and without or different IO hardware - not just Raspberry Pis.
The interface is responsive and works with Desktops / Laptops, Tablets and Phones both in portrait and landscape screen orientation.
Sensor readouts from I/O ports are provided in a HUD style overlay.
This is an educational application with the focus on keeping the code simple and understandable. The live streaming part is based on the example code provided by Miguel Grinberg https://github.com/miguelgrinberg/flask-video-streaming. For better stability and performance network connectivity is provided by the

Main features of the software:

The code with installation instructions can be downloaded / cloned from https://github.com/mark-orion/STS-PiLot

A video showing STS-PiLot in action. The user interface has been updated both in design and functionality since this video was recorded:

Here are some screenshots of the actual design in both portrait and landscape mode:
Portraid mode on an Android phone (Fairphone 2): 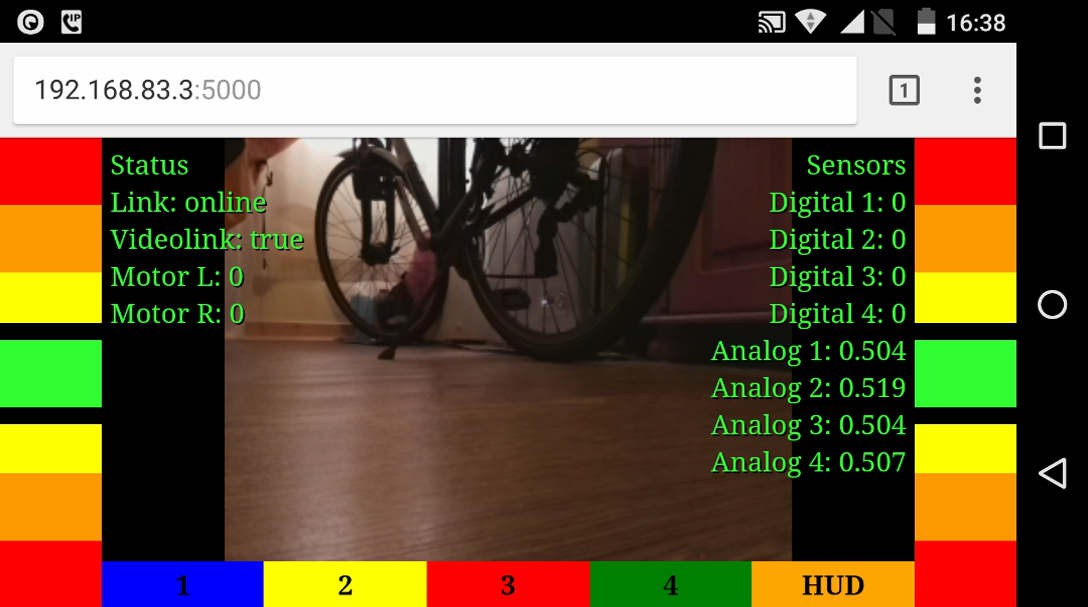 We mounted Raspberry Pi on the drone. With 4G Connection we broadcast live on Youtube. And we shared the construction phase and all its file
Project Owner Contributor