A project I develop with the kids for H1 2017 at CercleJ.

If you're looking for crazy technology, you'll be disappointed, but if you're eager to learn about electronics and how circuits are designed, you're welcome !

This dumb 80×100mm module displays one character with 16 segments made of 4 or 6 red LEDs each. That's 84 LED, controlled either by DIP switches or a couple of 74HC595.
It is being developed as a project for the first half of 2017 to show kids how electronic circuits are created and developed. This is also a great PCB to learn soldering skills (over 300 solder joints per module !) and testing procedures, without having to learn complicated programming techniques.

The system in itself is not very innovative but those who come to the workshop can see each step of the design with real professional tools and methods. This covers most aspects of electronic circuit design, from the concept (chosen during a brainstorm session) all the way to soldering a series of PCBs and testing them!

We came up with a project that looks similar to #RGB 16 Segment LED but in monochrome, both simpler and more sophisticated.

But each module can be used in manual or serial mode :

A quantity of about 50 modules is considered for fabrication. This should be enough for displaying messages in the lab, for example, and/or expand the workshops to I/O programming (one day). 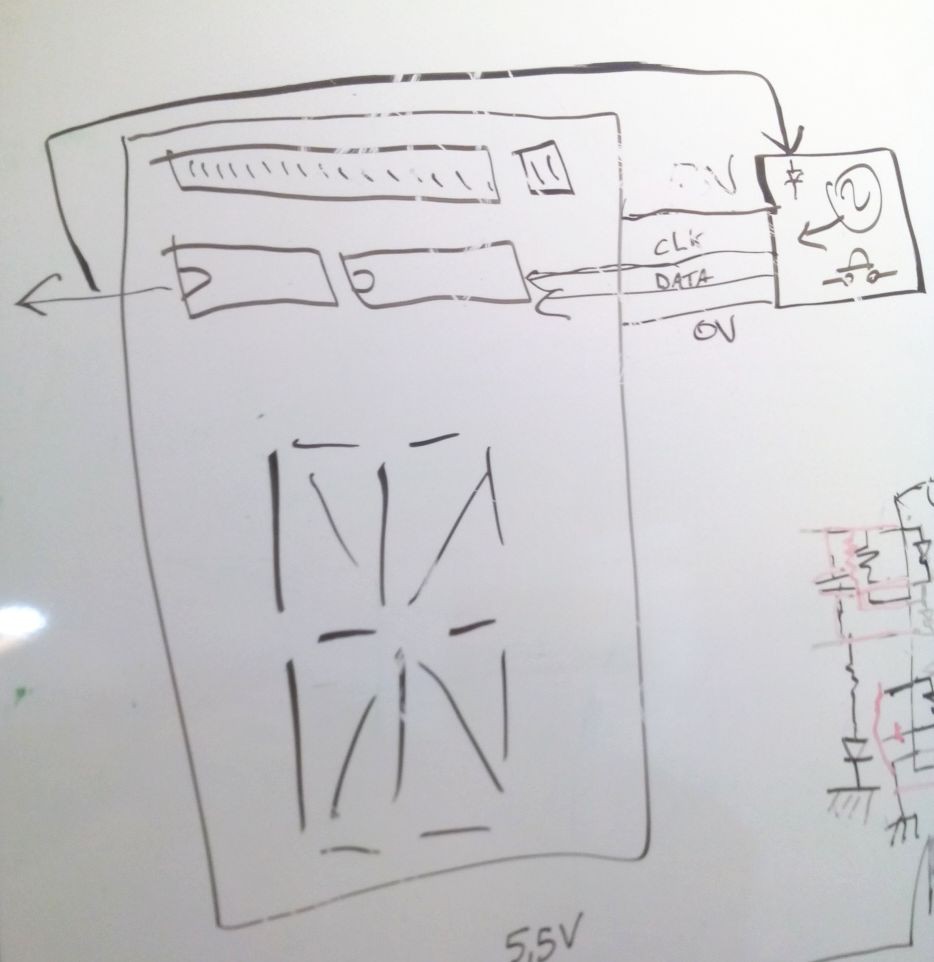 I didn't know this term, thanks !

An electronic wall clock whose circuit interior is visible as a flying structure without a circuit board.
Project Owner Contributor

Driving and use the ИГГ1-64x64M. High voltage vacuum dot-matrix display made in Ukraine in the 80's by Gazotron
Project Owner Contributor