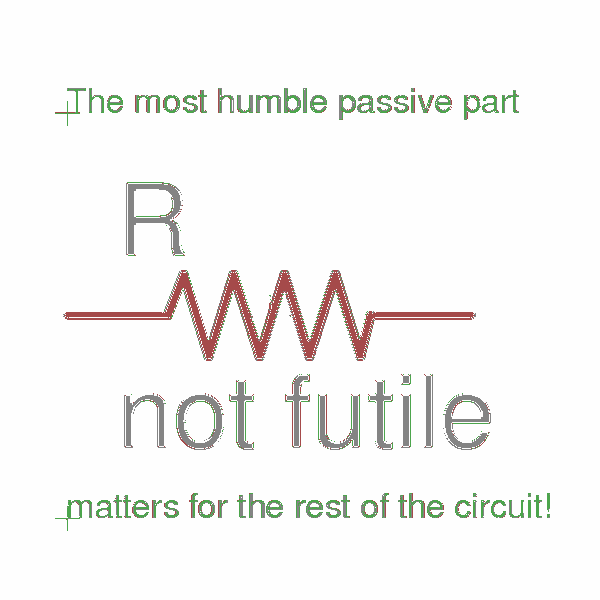 I started programming and making circuits in the early 90s, now it's my job : I'm an independent engineer under the YGDES label.
I also contribute technical articles to GNU/Linux Magazine France (GLMF), Hackable and OpenSilicium (RIP).
I have created and designed quite a few things in the last 20 years :-) You'll find a little selection here.

Since I signed up, I've been unconsciously applying the Feynman technique and restarted all my projects from the ground up, documenting every step.

I need collaborators, in particular for the YASEP project and its YGWM interface.

393 9 6 11
This is just a collection of resources I have written over the years...
Project Owner Contributor

French articles (some under Creative Commons)

4k 39 16 71
Another hexadecimal display, this one is sans transistor for the extra vintage touch, and uses only Soviet-era parts
Project Owner Contributor

14k 1.6k 66 133
My goal is a 4-bit CPU using recycled cardboard substrate and Diode Transistor Logic. This is an educational platform for me.
Project Owner Contributor

The Cardboard Computer - IO is my name

3.5k 3.5k 20 47
An educational system designed to bring AI and complex robotics into the home and school on a budget.
Project Owner Contributor

So You Want To Be A Hacker?

Because BCD is not enough and decoding 7 segments can still be improved. From 0x0 to 0xF in all technologies !

2006: I designed and built all the electronics of a store's architectural element. 432 3W Luxeon LEDs split in 9 sectors with independent dimming with my first HTTP-based remote controller...

Working as SubFlower, Igor & I built a sort of electronic plant in 2005 for an exhibition at Biche de Bere art gallery.

7k 33 5 49
What, you're using a 555? I could've done that with a microcontroller!
Project Owner Contributor

4.9k 25 14 34
A Microprocesser made in a digital logic family based on the NE555
Project Owner Contributor

2.6k 26 4 22
Creating a complete working retro 16-bit computer from scratch in the style of the C64, CPC 464 and alike using an FPGA
Project Owner Contributor

509 8 3 12
using the lm324n quad 1mhz op amp to build simple logic; which are then used to create a simple ALU
Project Owner Contributor

470 9 3 5
Recreating boards for those old computers, and improve on them
Project Owner Contributor

Thank you for liking and following my #Homemade Operational Amplifier !

You're welcome !
You made me want to try this with Germanium transistors ;-)

This one looks pretty good: http://abload.de/img/je-918_documentation_9ab6k.jpg

That's a good idea! Please let me know if you get any results.

Thanks for following #But How Do It Know? 8-bit CPU Build !

Thanks for liking #Irreproducible clock !

Thanks for liking #6 segments suffice !

Hey Yann, Thank you for the follow/like of #Starburst :-)

Thank you kindly Yann for the like/follow for #LLTP - Light Logic Transistorless Processor :-)

Like LEGO, synth design is something i'll never be able to rid my brain of.

IKR, I wake up sometimes after dreaming of stuff like this ;-)

Thanks for the like/follow

Thanks for liking #Crystal tester !

You're welcome !
Designing crystal oscillators is a kind of dark magic so any help is welcome :-)

Thanks for liking #DTL binary clock !

Hi Yann, thanks for liking and following the Kobold computer project !

Yann, thanks for re-liking #1 Square Inch TTL CPU. Did you see my new Kobold computer project ?

Damn, do I have to build EVERYTHING myself? :-D

Thanks for another, #The House Of Fun

Hi Yann, I'm glad my project #RELAY COMPUTING is of interest to you. I hope you will find my project #SANX-I MICROCOMPUTER interesting as well. Best regards, Javier

Hey there Yann, thanks for the Christmas Like and I feel that the new year will be great for all of us :-D  Yes the scope will be a big player to my fun and learning in 2019 :-)

Hey buddy, thanks for another :-) #Scrap Tools

You will finally have enough room to deploy your tentacles :-P

😁 This place is cavernous compared to the old one. It's eaten my 10 foot cube crapmountain no trouble.

Hey Yann, thank you for a double whammy #DisplayBug :-D

Hi Yann, thanks for liking and following the #2 Transistor 4 state FlipFlop !

As usual, I enjoy your designs :-)

Create your Hackaday.io profile like Yann Guidon / YGDES and many others