How to design your own HAT module including ID EEPROM.

How do you go about designing a HAT that is compatible with the Raspberry Pi standards? This project will walk through the resources needed to design your own and an example design for an Atomo adapter.

Raspberry Pi HAT modules are a great open standard for adding functionality to a Pi that either needs additional hardware, or a better way to connect with the rest of the world. The Pi Foundation has a pretty good spec for what is needed to make a board officially HAT compatible, but it takes a little bit of reading and parsing. This page on the design guidelines has all of the specifics of what you need to consider when designing your HAT.

From the main page:

A board can only be called a HAT if:
It conforms to the basic add-on board requirements
It has a valid ID EEPROM (including vendor info, GPIO map and valid device tree information).
It has a full size 40W GPIO connector.
It follows the HAT mechanical specification
It uses a GPIO connector that spaces the HAT between 10mm and 12mm from the Pi (i.e. uses spacers between 10mm and 12mm).
If back powering via the GPIO connector the HAT must be able to supply a minimum of 1.3A continuously to the Pi (but ability to supply 2A continuously recommended).

Other details you need to know:

So, that seems to be the lot of it, the Pi Foundation really tried to leave the rest as wide open as possible to let you be as clever as you want.

Well, knowing the basics of what things you need to call your design a HAT is only a small part of it. The best resource I found for the details of what each pin is capable of is https://pinout.xyz/ If you check their GitHub you can find good resource files with all the functions defined in YAML format. Here is a good image based version of the same info.

I know everyone may have their own way to approach this part of the design. Some people might start with a schematic with all the bits and then just start making connections, but what I have found is that doing this in a spreadsheet helps to both make it easier to parse all the options and to do some checking to see what is available and if the function you assigned to a particular pin is valid. You can find a spreadsheet version of this pinout in this project files here.

After some consideration, the final system level design is to use the Raspberry Pi 40-pin header to interface to a small MCU that is directly controlling 2 IO modules. The size of the official HAT hardware makes it pretty much a requirement for the IO module connectors to be mounted directly on it instead of making it an adapter to the Controller slot on our backplanes. 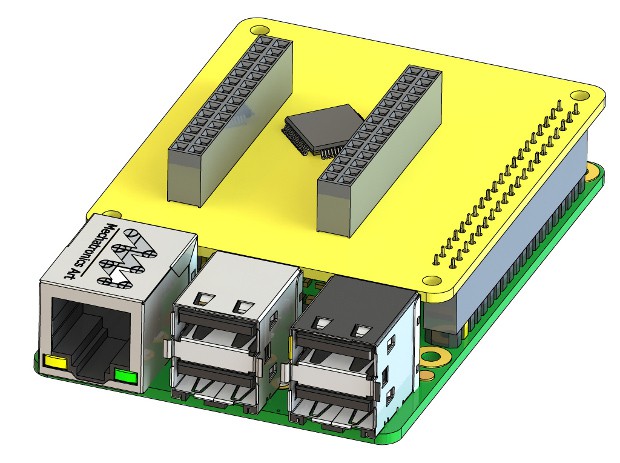 This arrangement lends itself to making two different versions of the HAT. One with a Power module connector and one designed to be powered by the HAT connector. The design with the Power module will require some additional components to prevent power conflicts if powering the Pi from the HAT. 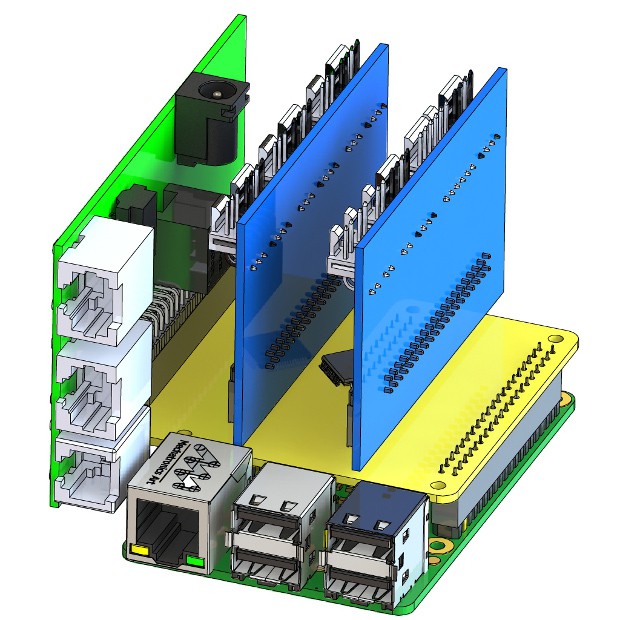 As shown here, the larger version lends itself to things like POE installations well, but it would be equally well suited for a robot or 3D printer.

OK, so we have the form factor, the placement of the connectors and an idea of where to place the MCU in the layout. 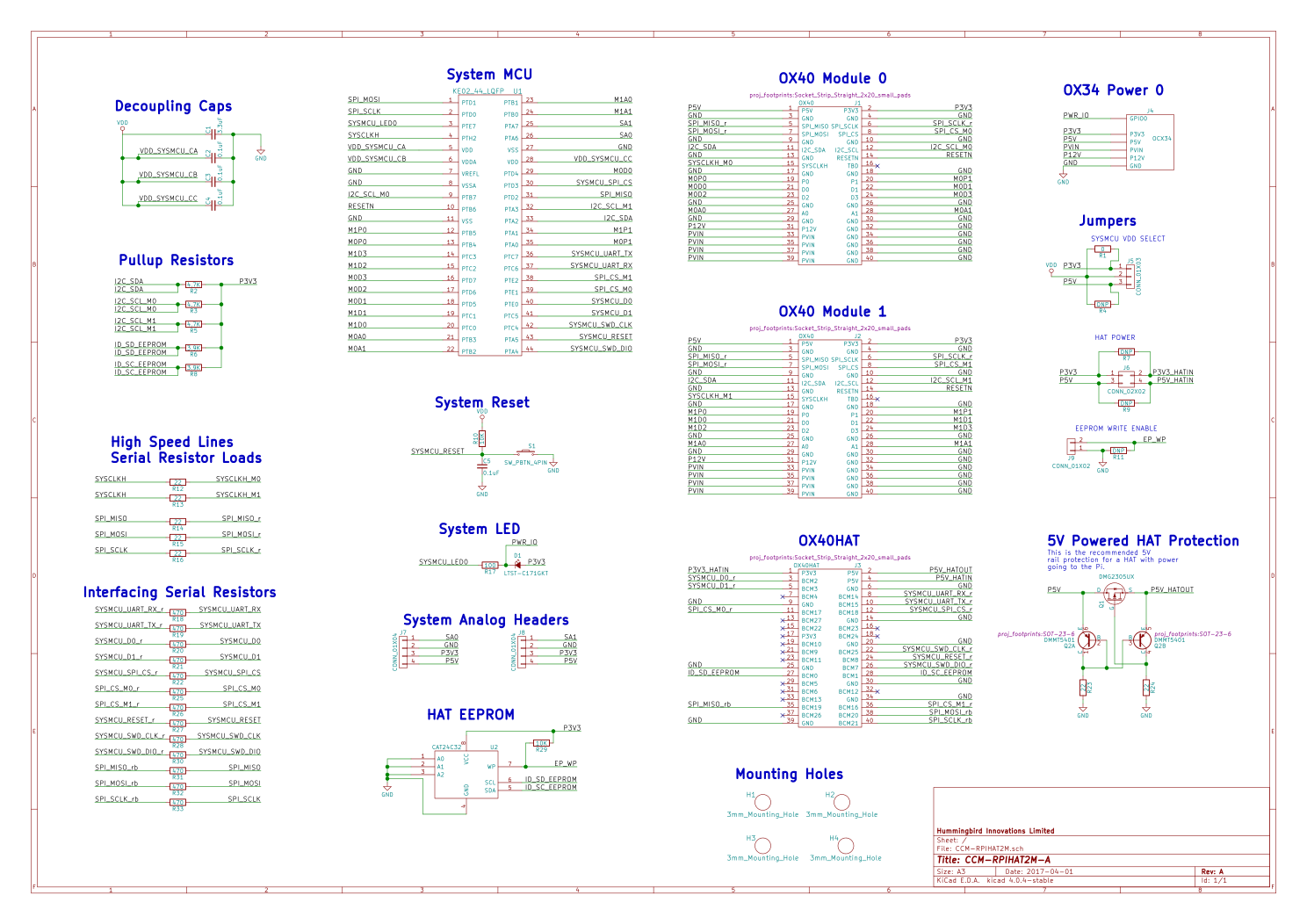 That gives us the major components and systems that need to be put into the schematic. In order to get the net connections (the labels you see shown on the pins that indicate what connects to what), I use a spreadsheet for the big things. At this point, if...

The Raspberry Pi is a powerful credit card-sized computer that can be used for a wide range of purposes. It has been developed in the UK by the Raspberry Pi Foundation, with the intention of promoting and teaching basic computer science skills. Visit https://masterbundles.com/graphics/patterns/abstract/ source to download premium abstract templates for free. The Raspberry Pi is being used in education, to promote programming, and even in space exploration.

Looking at the pinout I can find, it looks like clock and data are correct. Can you send a link to something that shows it doesn't match the pin configuration above?

Hi, your schematic shows eeprom device data and clock lines are connected reverse, i.e. data to clock and clock to data. You need to swap them.

Official Hackaday Prize Entry
A modular platform for developing and trading guitar (and other) audio effects. Focus on, but not limited to, pure analog signal path.
Project Owner Contributor

M10CUBE (M10 in short) is a modular controller box with cube dimensions 10x10x10cm. Raspberry bus will be used for the first incarnation.
Project Owner Contributor

Raspberry Pi Rack for the Pi 4