Yay! Our pilot run PCBs arrived. Finding a PCB manufacturer was not as easy as we hoped, mainly due to our special demands like

Also we really didn't want to set the panels ourselves so having it done by the manufacturer was also a big plus.

And all that of course for the cost of under 1$/piece in volume (the pilot run was not that cheap of course).

In the end we had them made at PCBway.com (that's a ref link, just so you know) and we are pretty pleased with the results. 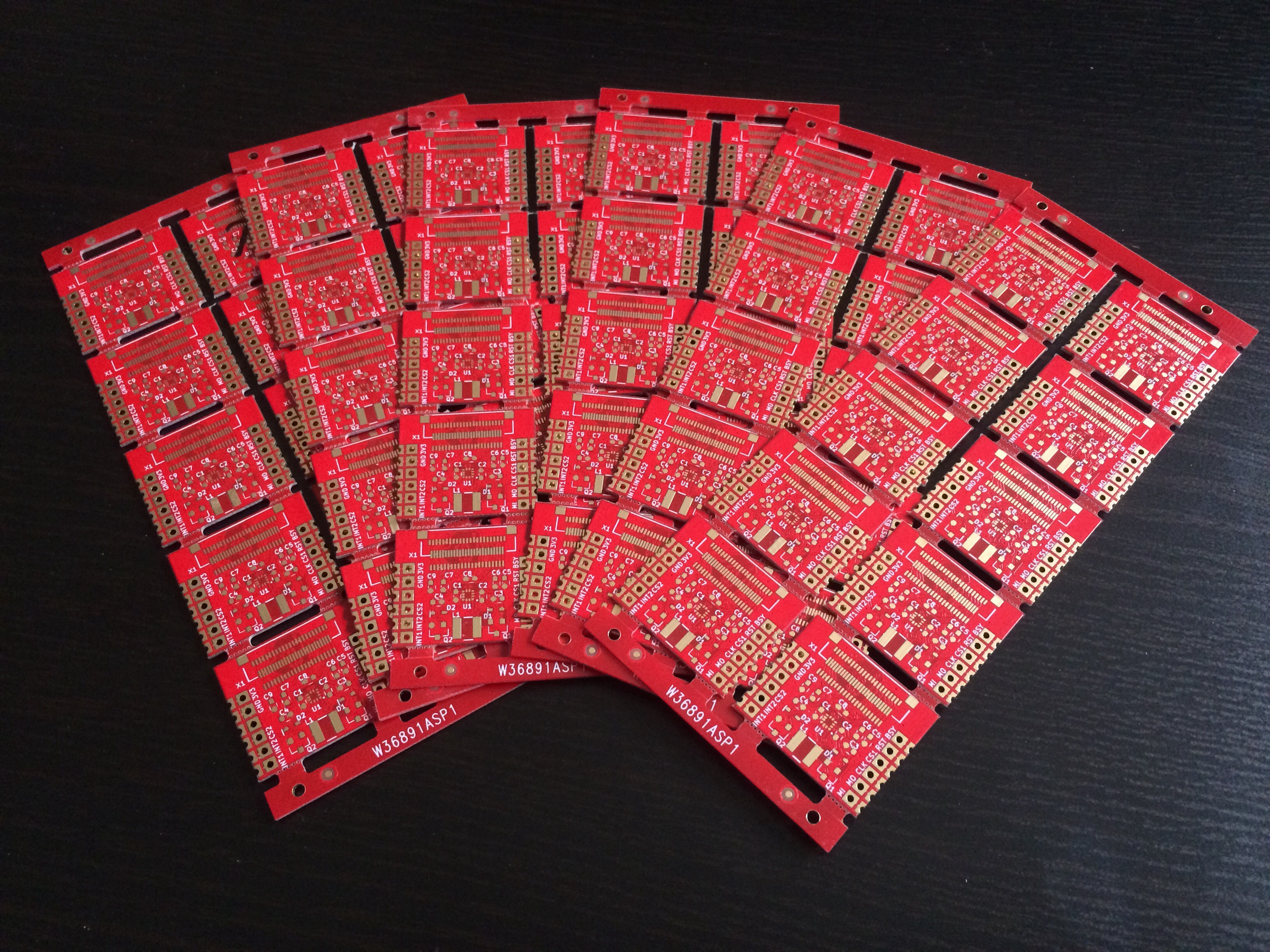 We ordered them in handy 2x5 panels, because we thought 10 pieces was a good number of circuits to handle at a time.

We want to assemble the pilot run ourselves so we got a stencil at OSHstencils.com. 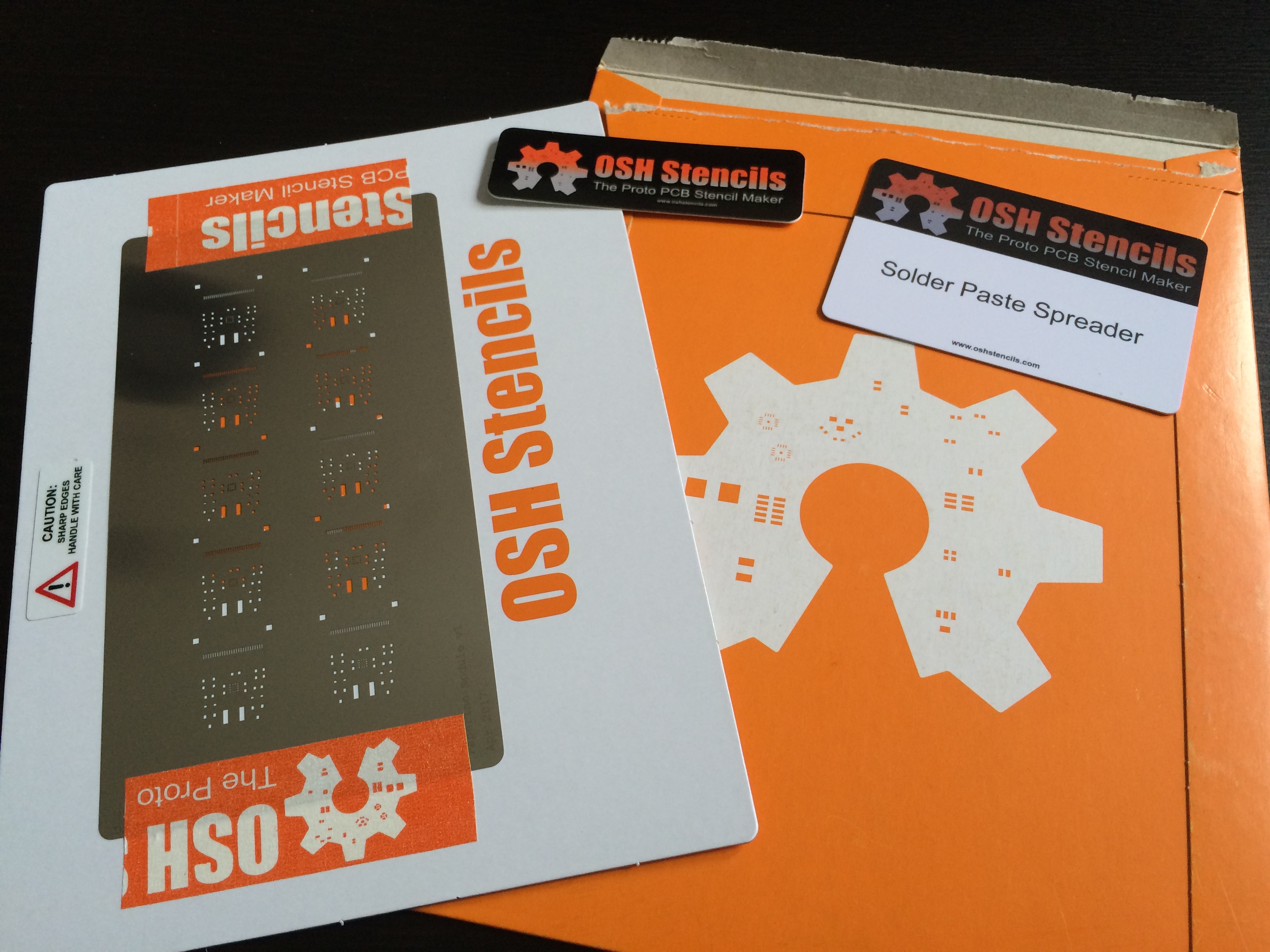 We applied the solder paste and placed the components manually using tweezers. Placing the components was much more exhausting then we expected (10 circuits was a bit too much, to be honest).

We put it in our reflow oven (actually it's the company's we work for): 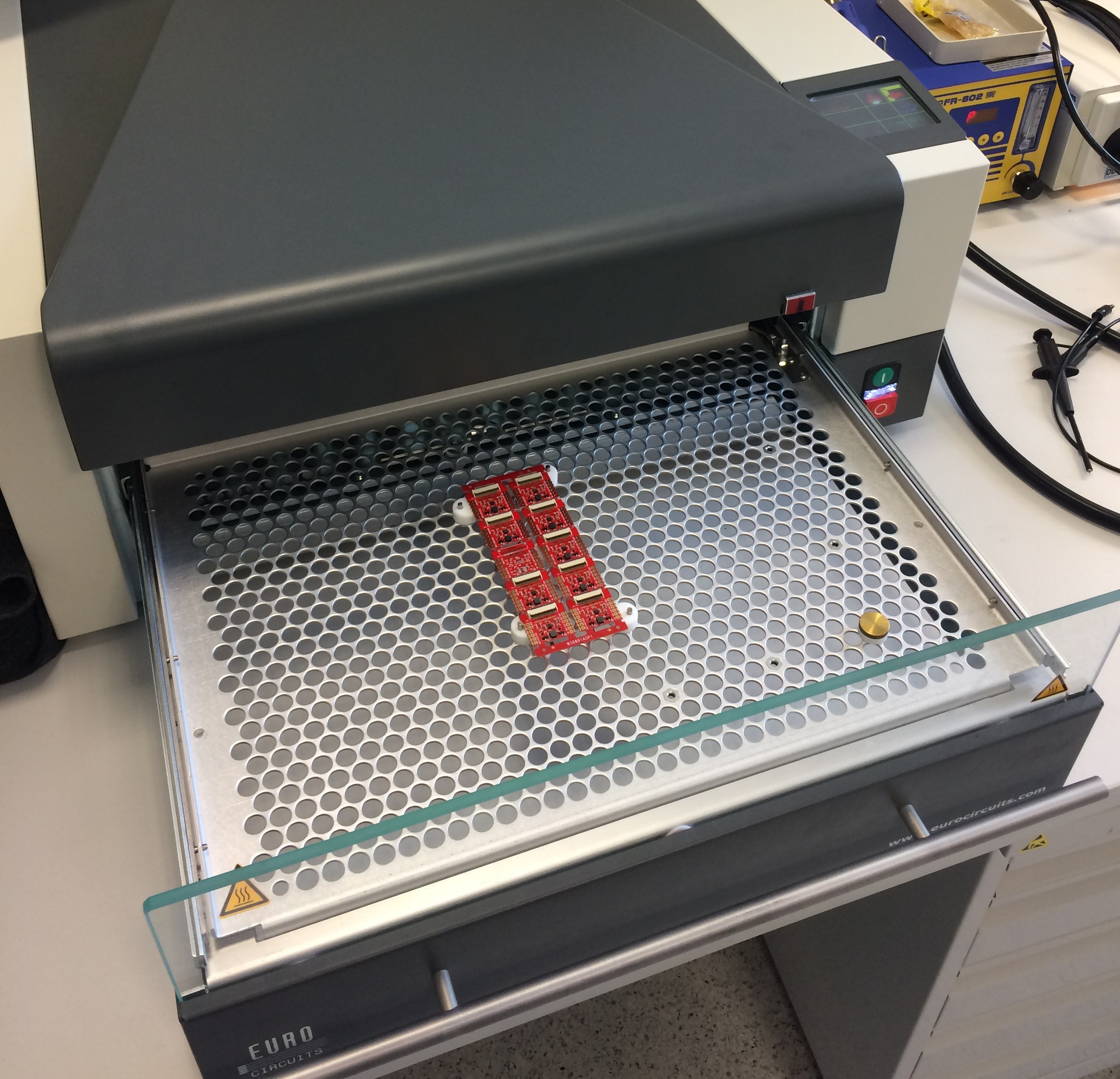 And out came 9 drive module assemblies (we messed up the solder paste on one circuit so we only assembled 9).

So yeah, we're pretty pleased with the results and will now work on a test program for our rig and then hopefully qualify the pilot run for mass production.

Building a test rig for the module

I'm curious whether you designed the panel (2x5) yourself or if PCBWay did that for you, and also how did you get the alignment on the stencil?

PCBway did that for us. We just had to give them the number of circuits in x and y and had to choose the seperation method. For the alignment our lab has this fixture, which is basically a hinge and some magnets: https://www.beta-estore.com/rkuk/order_product_details.html?wg=1&p=64

Thanks for your support and your project is great

How is your design?If anything we can help,please tell to me

Great writeup, I went through a similar process this weekend with Neosegment that is launching soon on CrowdSupply. I didn't order stencils yet but did use a laser cutter and a piece of cardstock to make a single-use stencil.

Placing components by hand is the worst, I really wish there was an affordable, ready to go Pick and Place machine for that... For full scale PCBA services are you planning to use something like Macrofab or some other service?

We don't know yet and wait for the final amount of orders. I checked some PCBA turnkey services. Interestingly, when they purchase the components, they get better prices than we do, which is another reason to not do it ourselves. I don't know Macrofab yet. I'll check it out. Thanks for the tip.