A robotic lamp for makers or designers to automatically take pictures of every crucial step and upload to personal documentation database.

It is made of laser-cut frames, 3D printed components and casting servo arms. It is achievable and rapid to make DA Lamp from the open-source design in every makerspaces and fablabs.

DA Lamp has 5 degrees of freedom to move autonomously, and the master system is based on Android. The mobile phone can be mounted on the lampshade, and the built-in camera is capable of recording in the meantime.

The software is under development, including the framework of object recognition and interactive machine learning.

Currently I have made a hardware system and a quite robust structure. I could simply send commands by Android phone and the torque of servo seem perfect to move.

On my to-do list, I would say, at least, on Android phone should have build-in OpenCV system and could track simple shapes in the first stage. I am going to add computer version with Machine Learning system to recognise items on my desk later on. The best part is that I also have chance to play with Reinforcement Learning on the Kinematics of the lamp which means it could learn how to move by itself.

I just took springs from my old tertial lamp to DA Lamp. Before screwing them to the frame, I added some pieces of wood and redesign base frame. 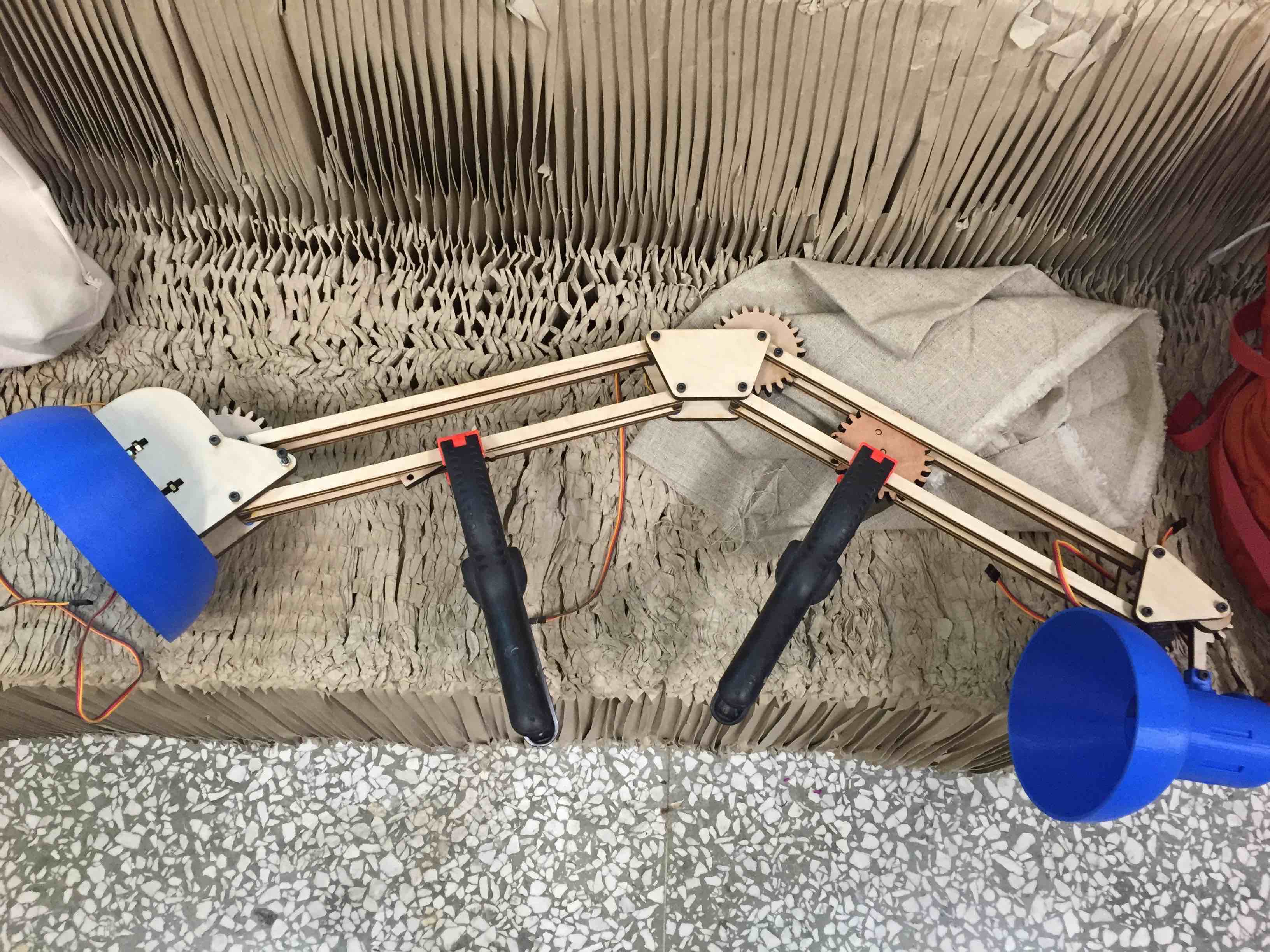 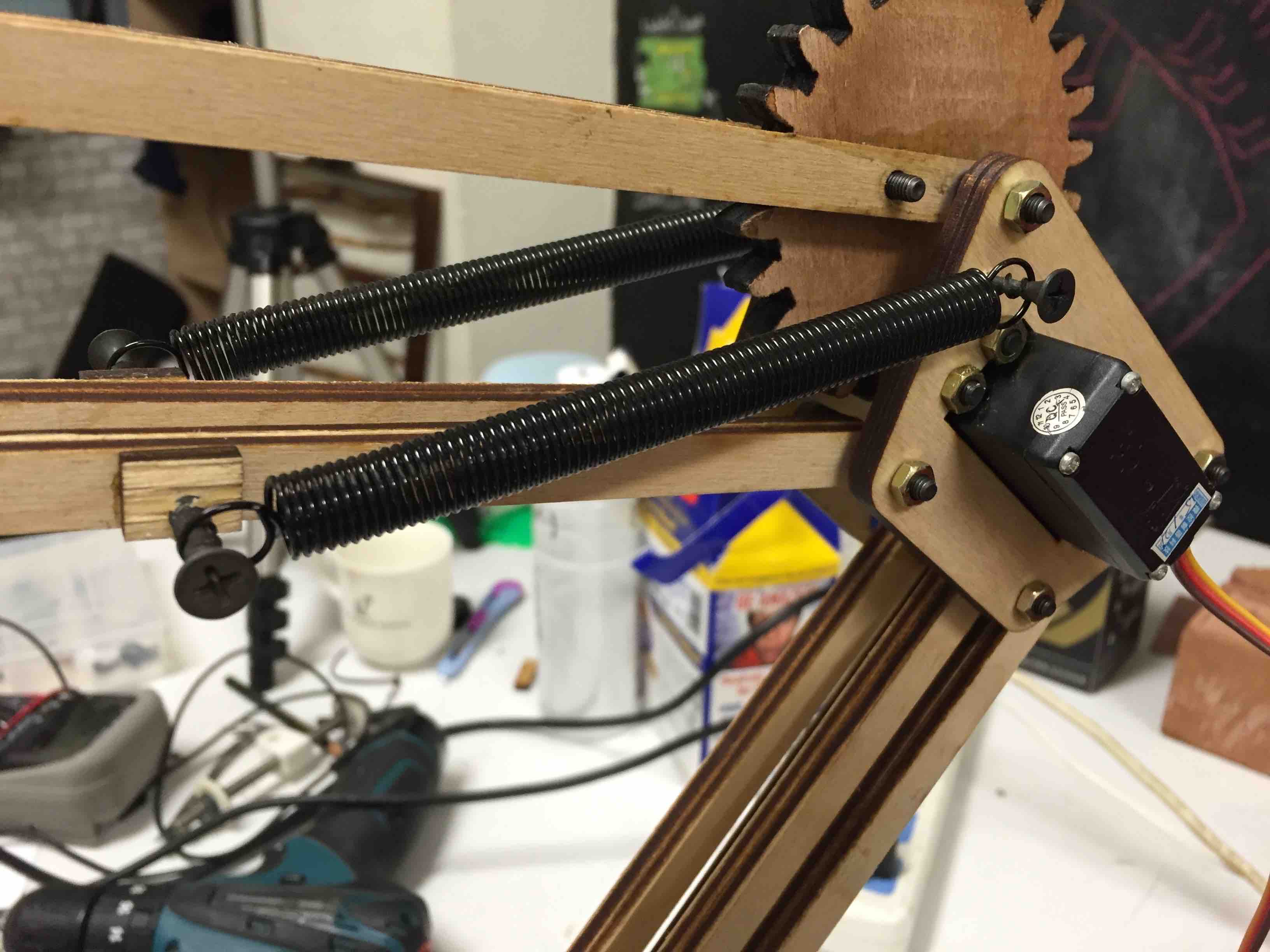 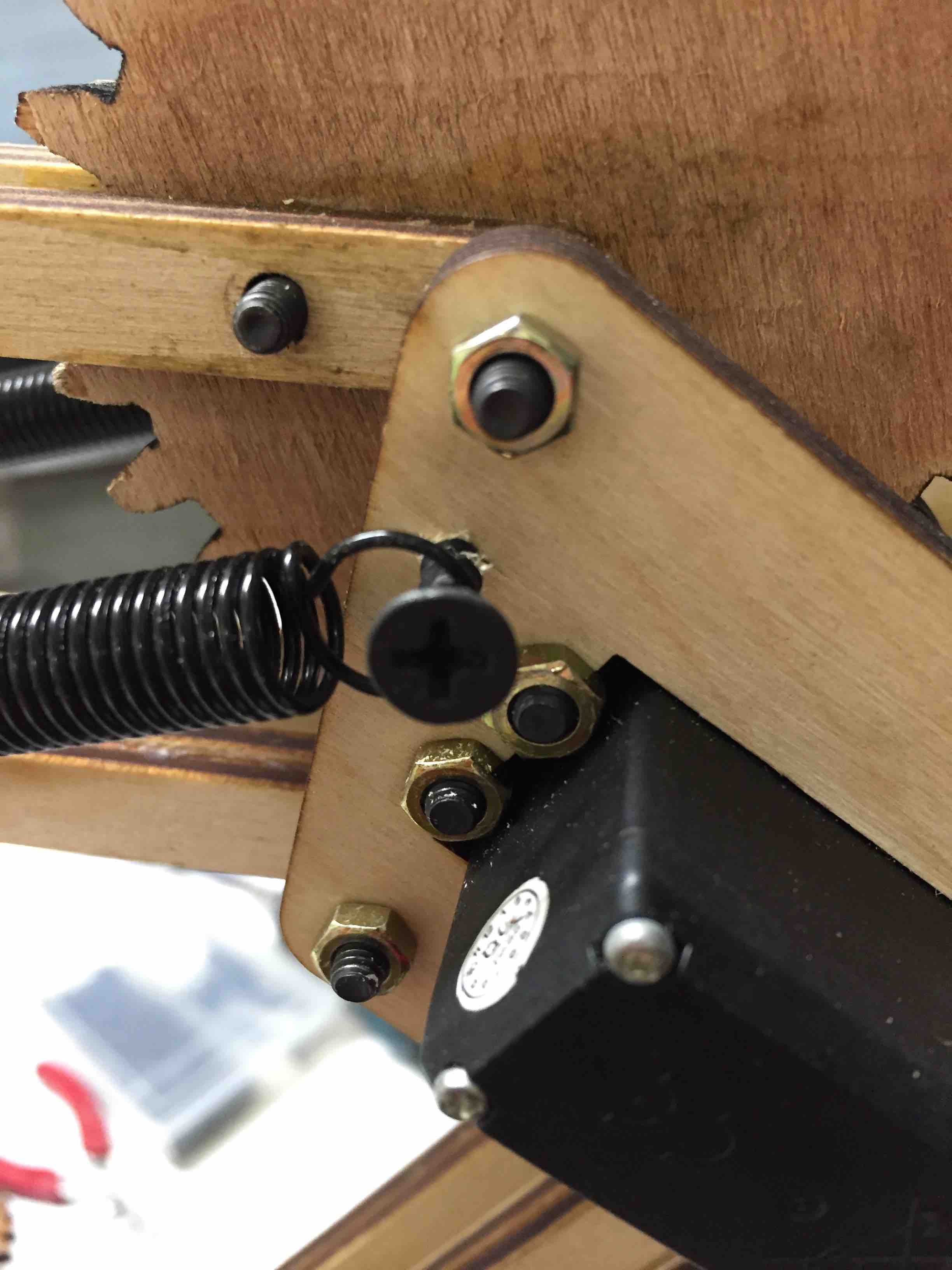 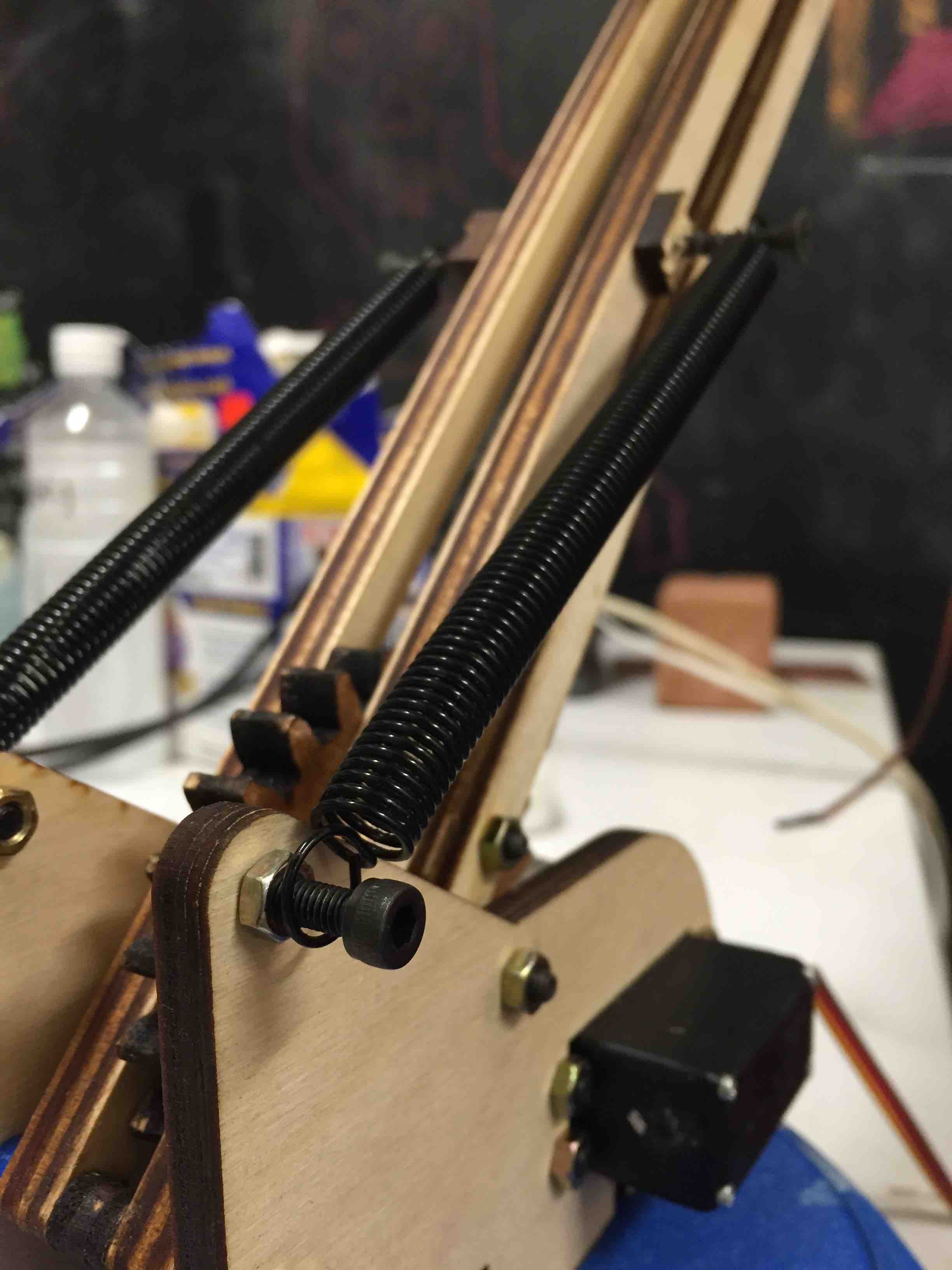 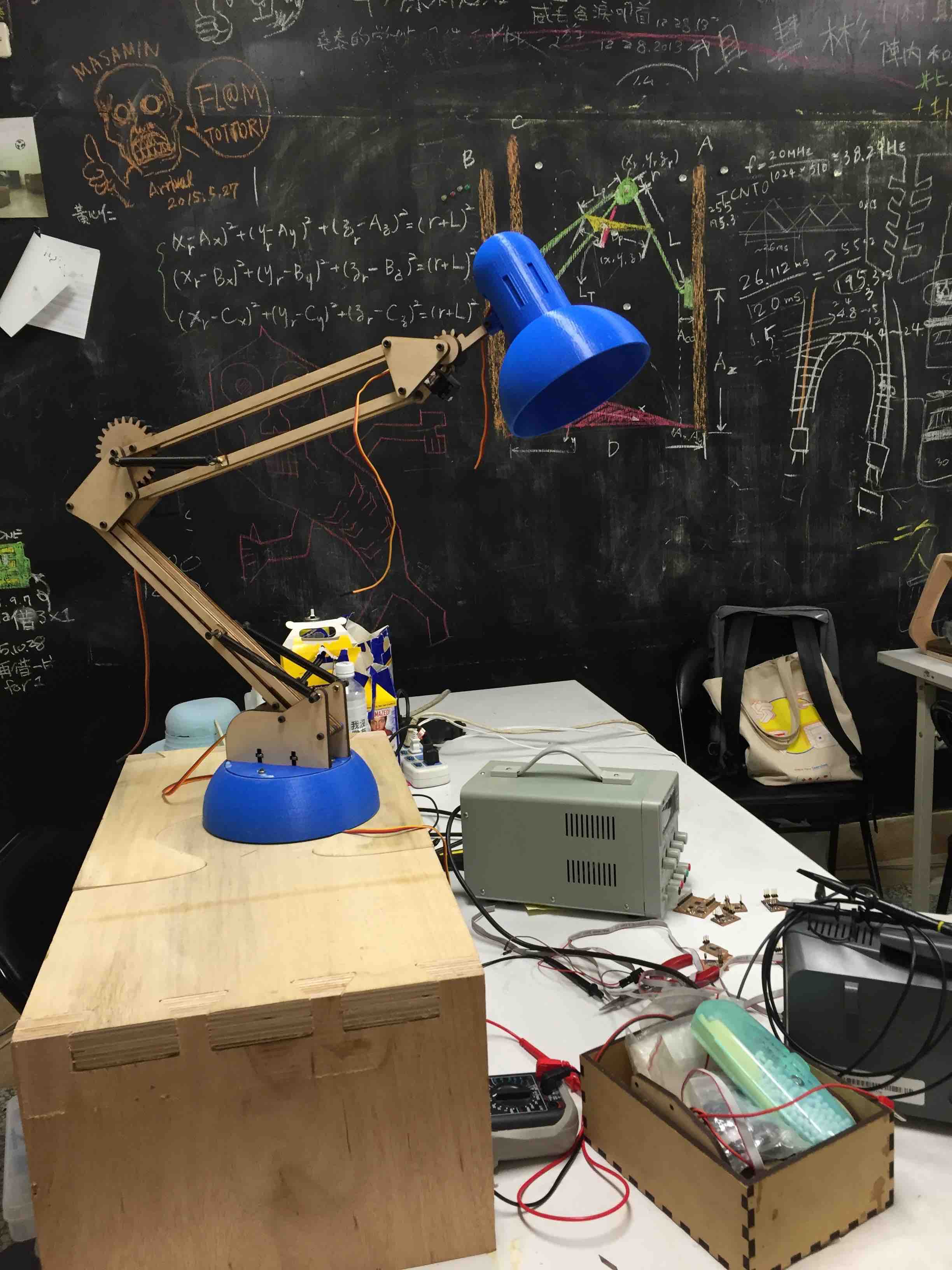 I was looking for the bug which made the lamp so weird with oscillator. 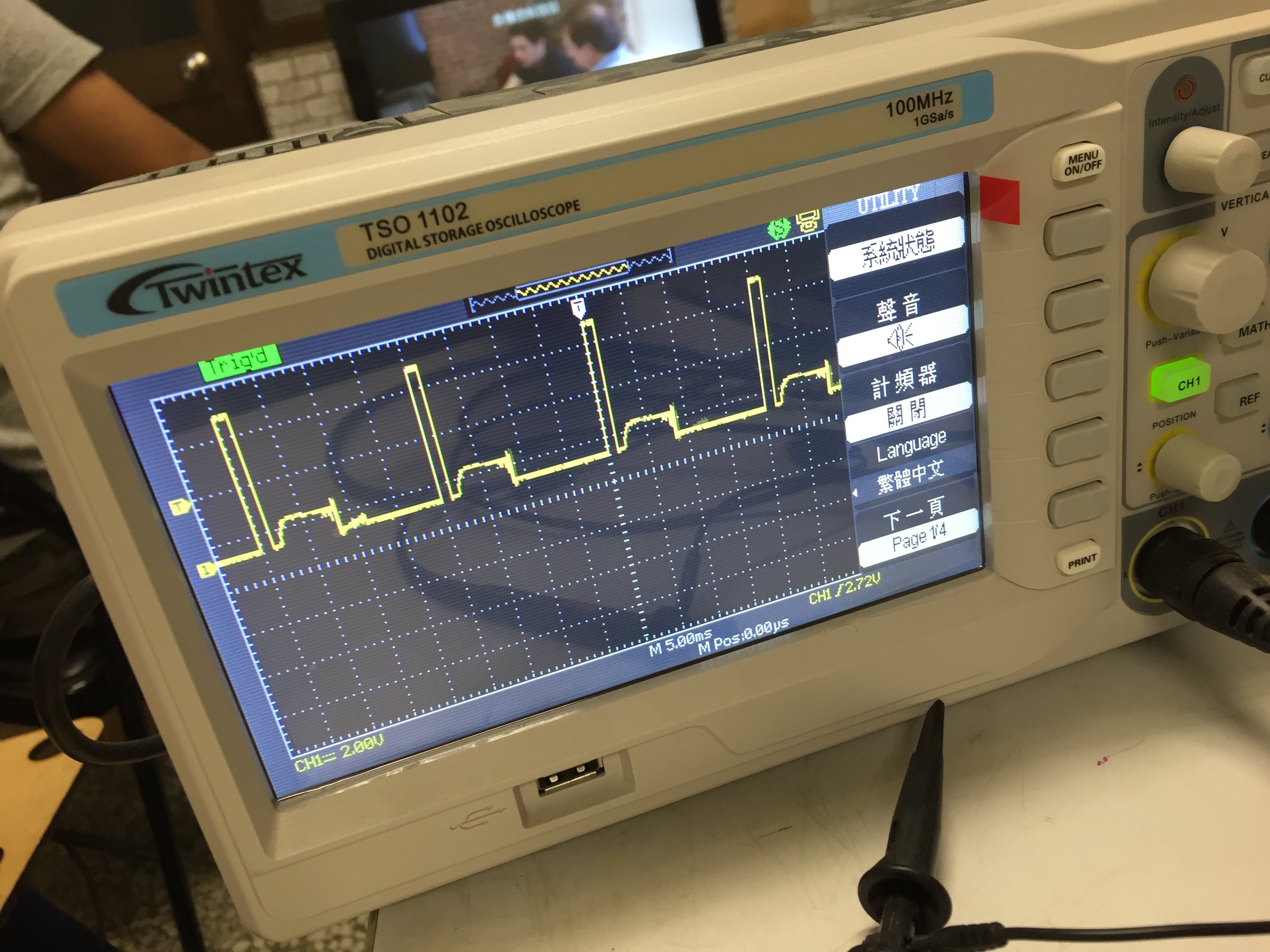 Many thanks to Leon Chao in Fablab Taipei, he told me what I did wrong in my code. I did not use onReceive event for I2C slaves so that the nodes cannot response perfectly. Furthermore, I assigned 16-bits "int" but not unsigned 8-bits "uint8_t" and that could have made me send uncompleted bytes.

All bugs fixed in this commit.

First I tested sample code usb-serial-for-android by mik3y, and connected the USB OTG cable to my ASUS Zenfone 4 and Arduino UNO.

The result showed me that the communication between Andorid and Arduino did work and then I could just simply make my Android phone be the master. Following another tutorial could send commands through serial only with my phone but not computer.

The next step is that phone with OpenCV should play with all calculation and do the physical track.

In week15, I've set a system which can send commands from computer to servo module nodes to generate PWM signal over I2C so that I have to use the system to make sure that every joints work profect. 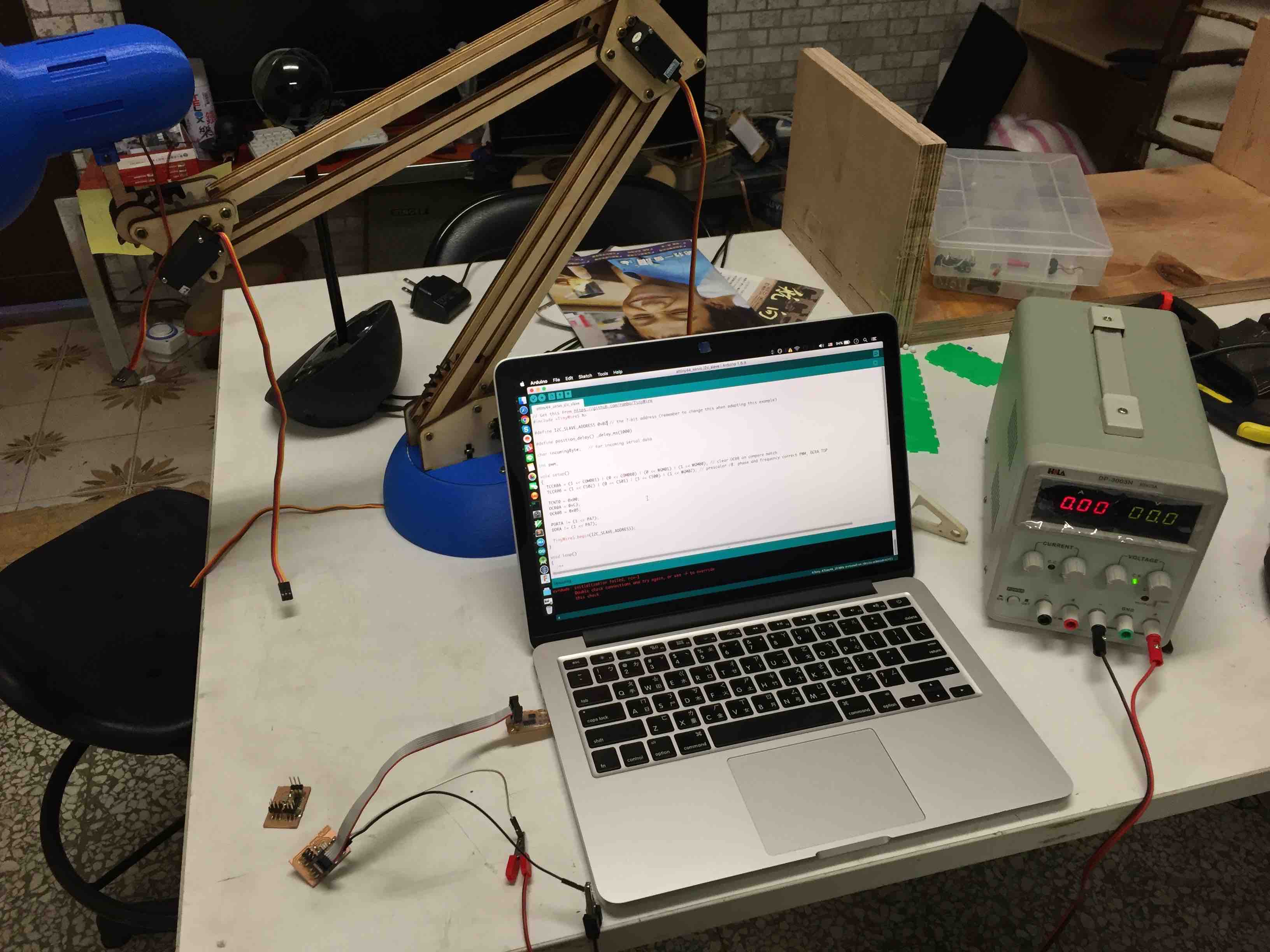 In the video below, I was sending commands from computer to Arduino/Satshakit over serial. For example

which means (# of servo, degrees). Then Arduino/Satshakit would send angle degrees in unsigned 8-bit integer to nodes address directly over I2C. After that, the nodes would generate PWM signal in hardware mode.

In the video above, it shows that head and neck joints moved well but the servo worked too awful. Besides elbow and shoulder servos hardly turned to right angles. 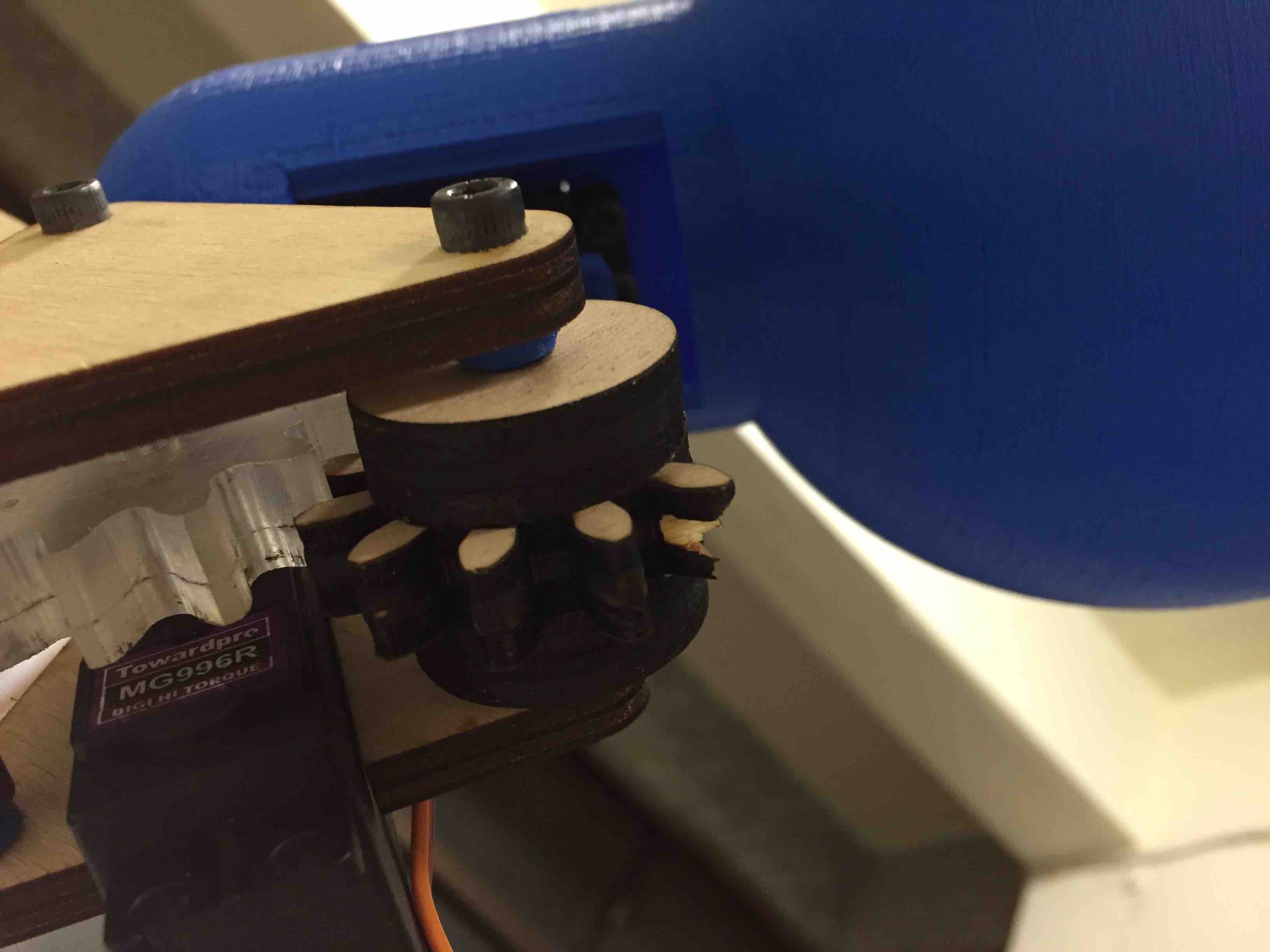 There were couple issues in the test:

Following this elegant slew bearing design by jorgerobles, I tried to draw and print a new version base with slew bearing which should need 6mm BB balls. 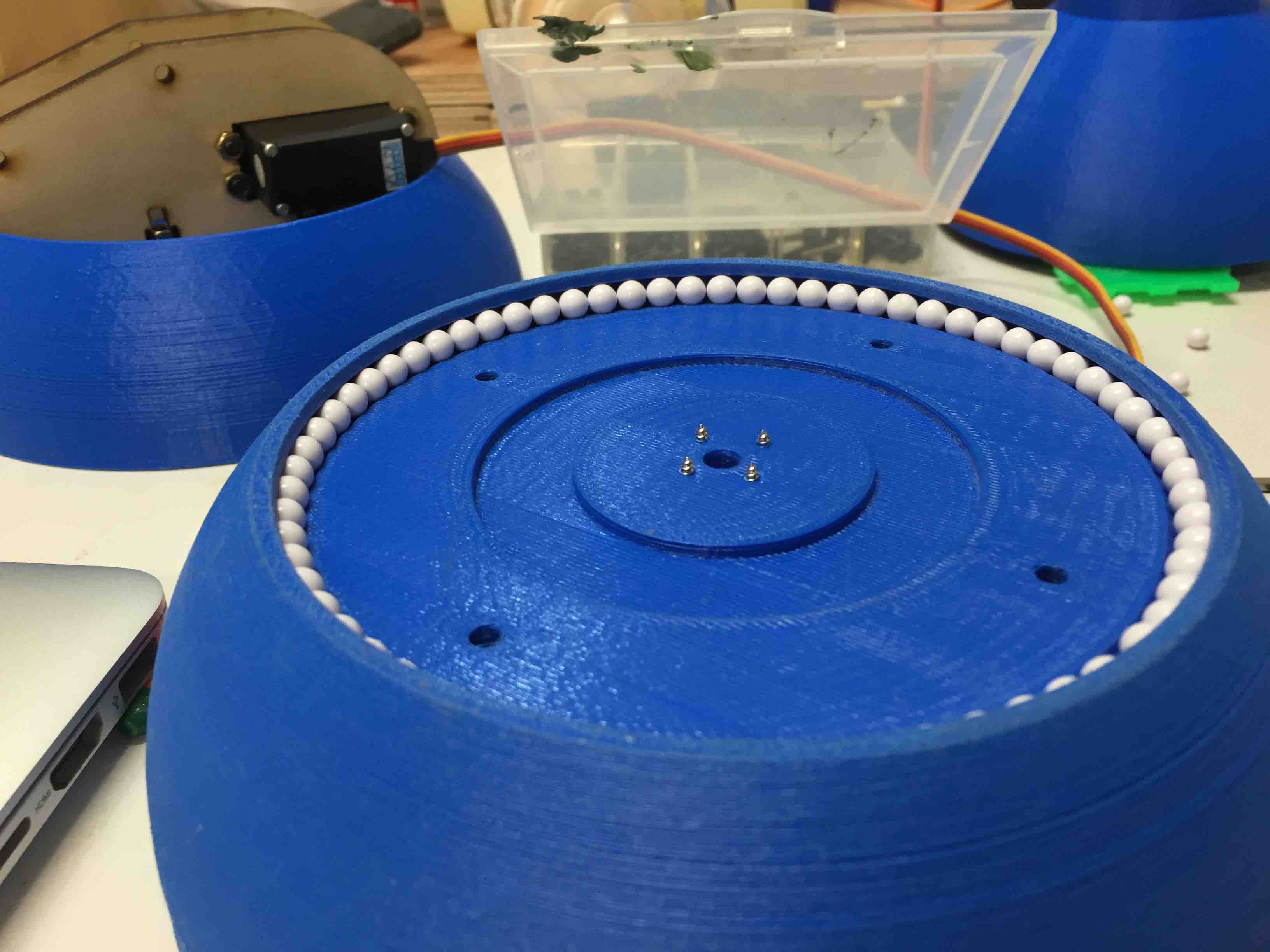 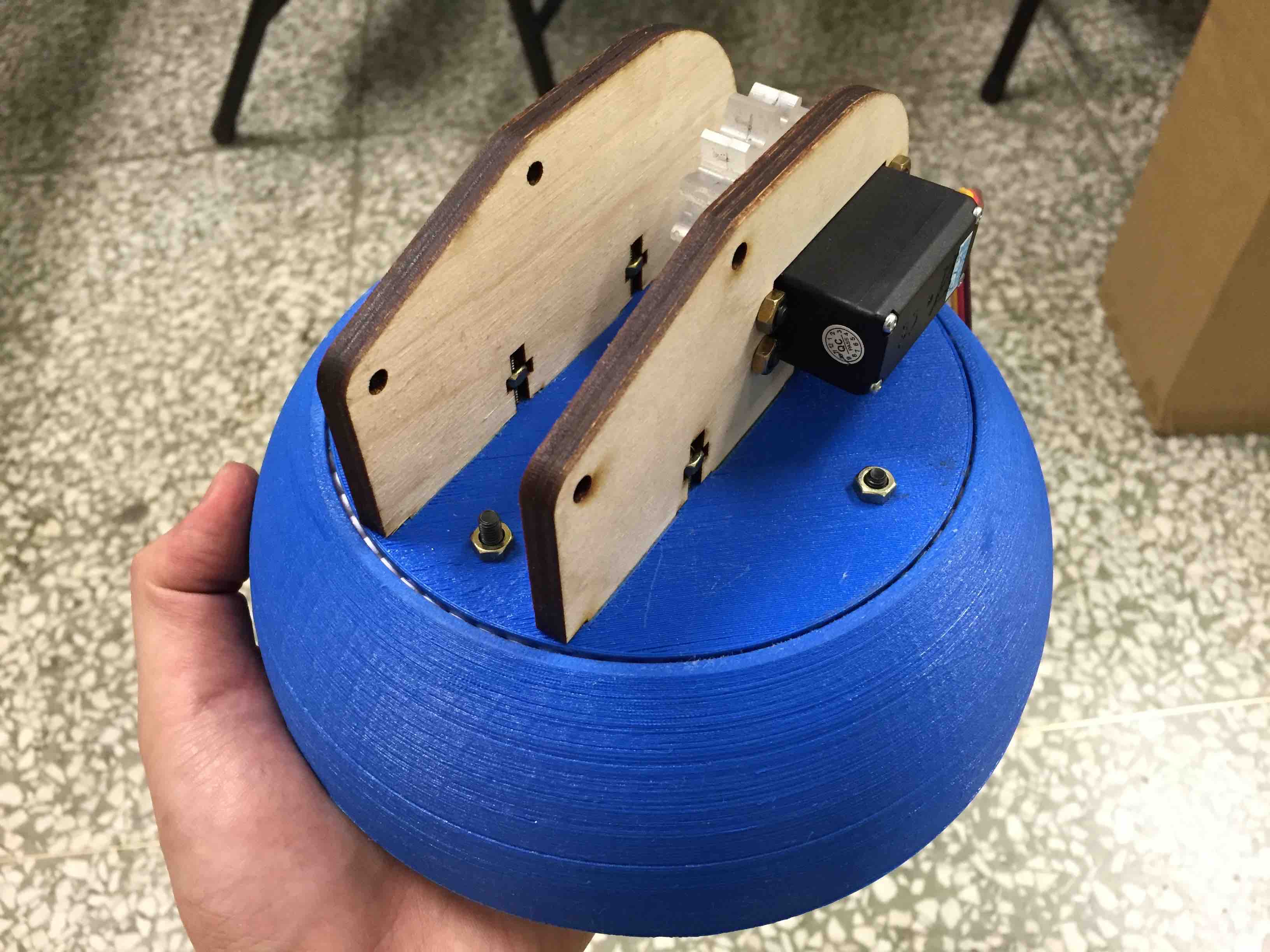 Again, it can berely move because of wrong flowrate of 3D printer, I should calibrate it first and slightly reduce the ball orbit diameter. It seems really silly for me to do additional processing to let it work.

I added an M4 hole to fix the neck and connector. 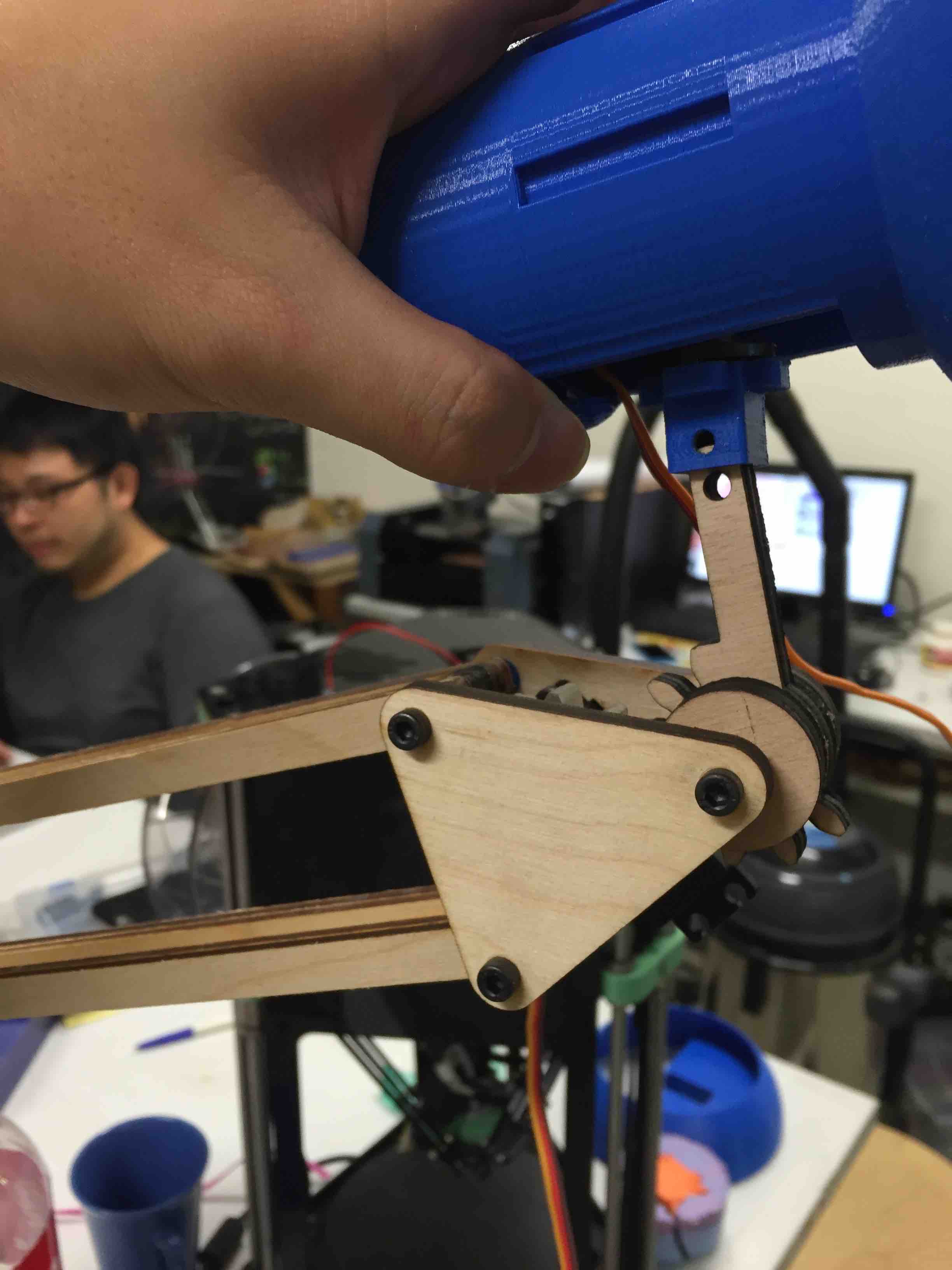 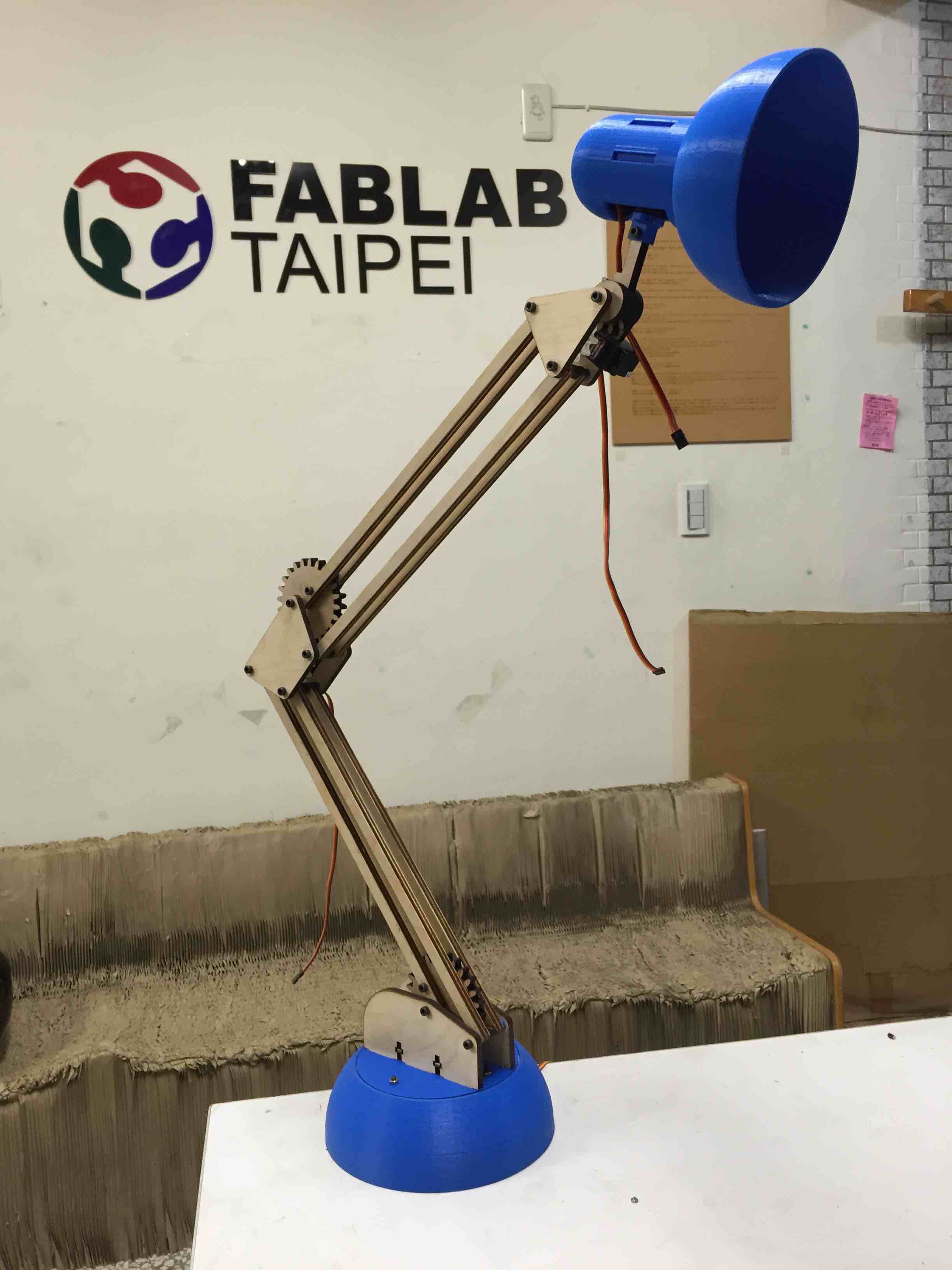 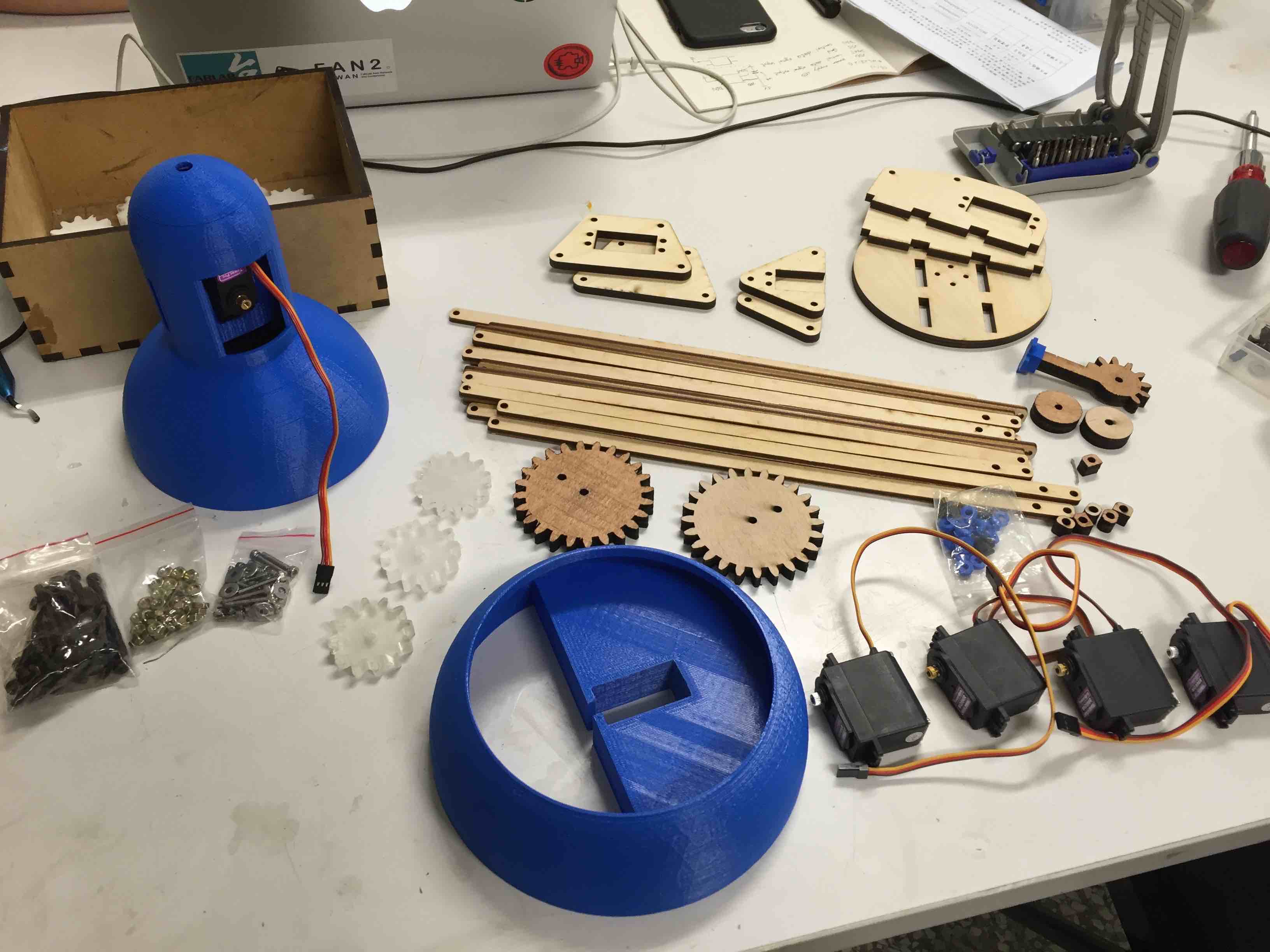 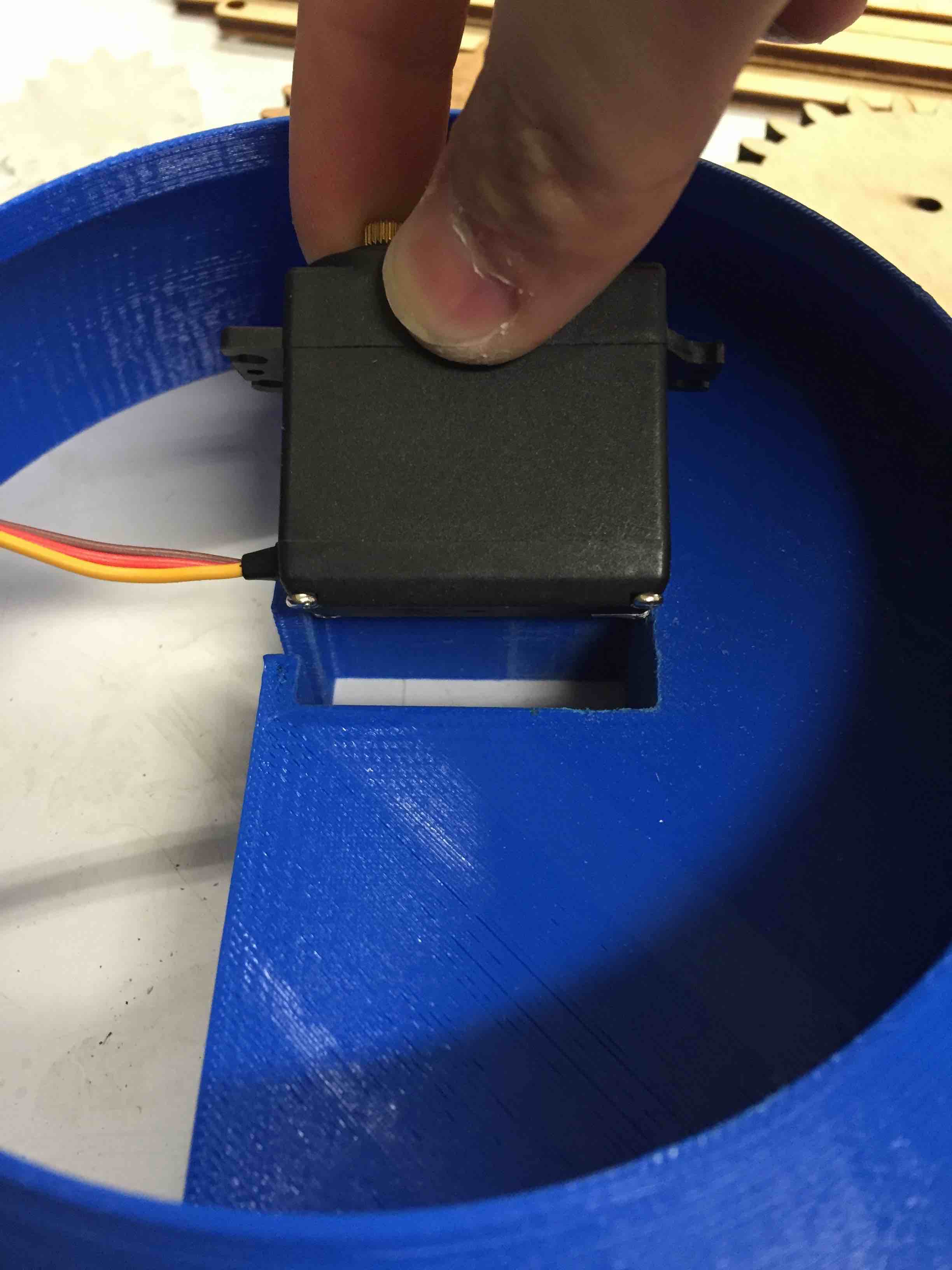 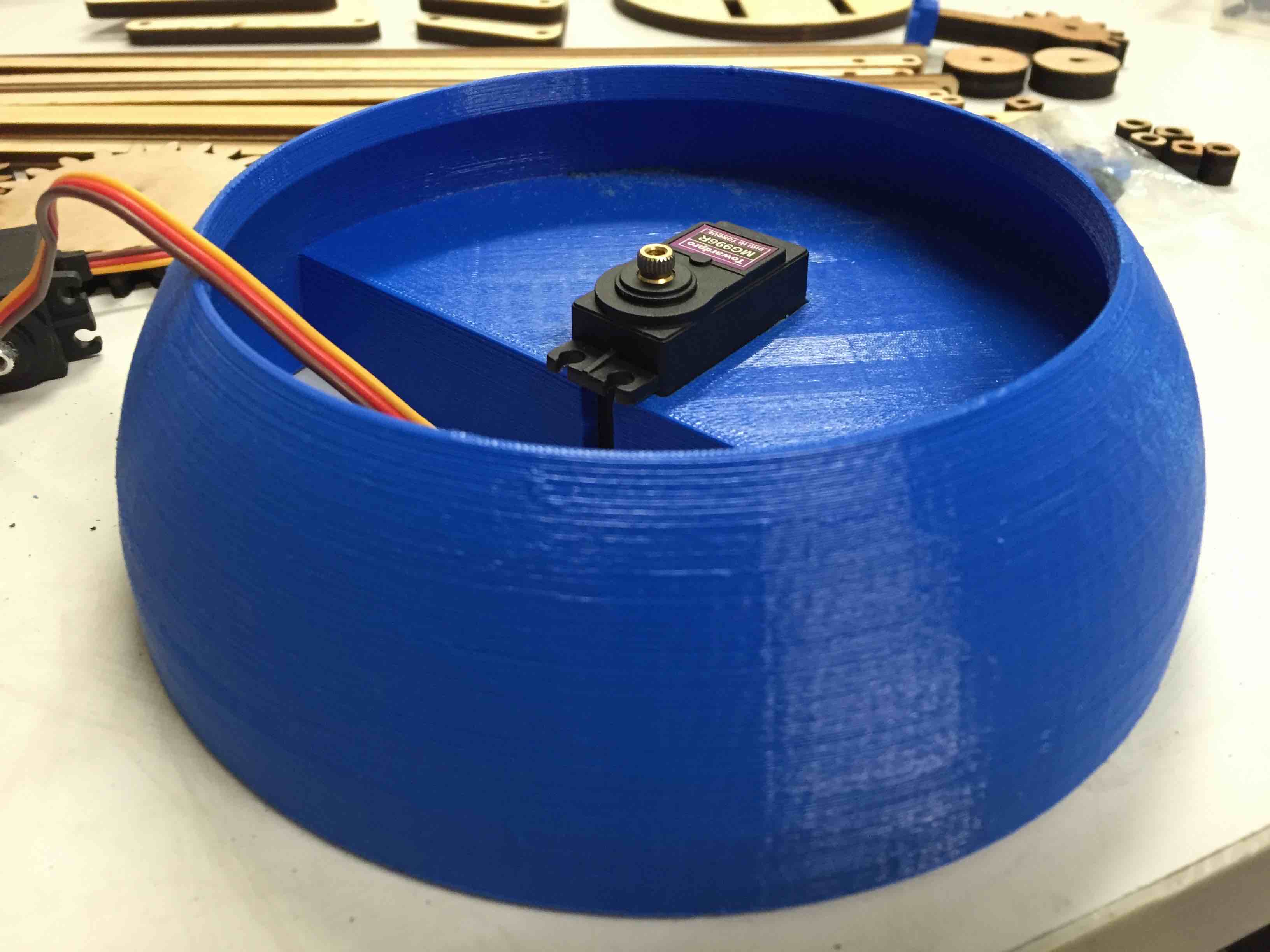 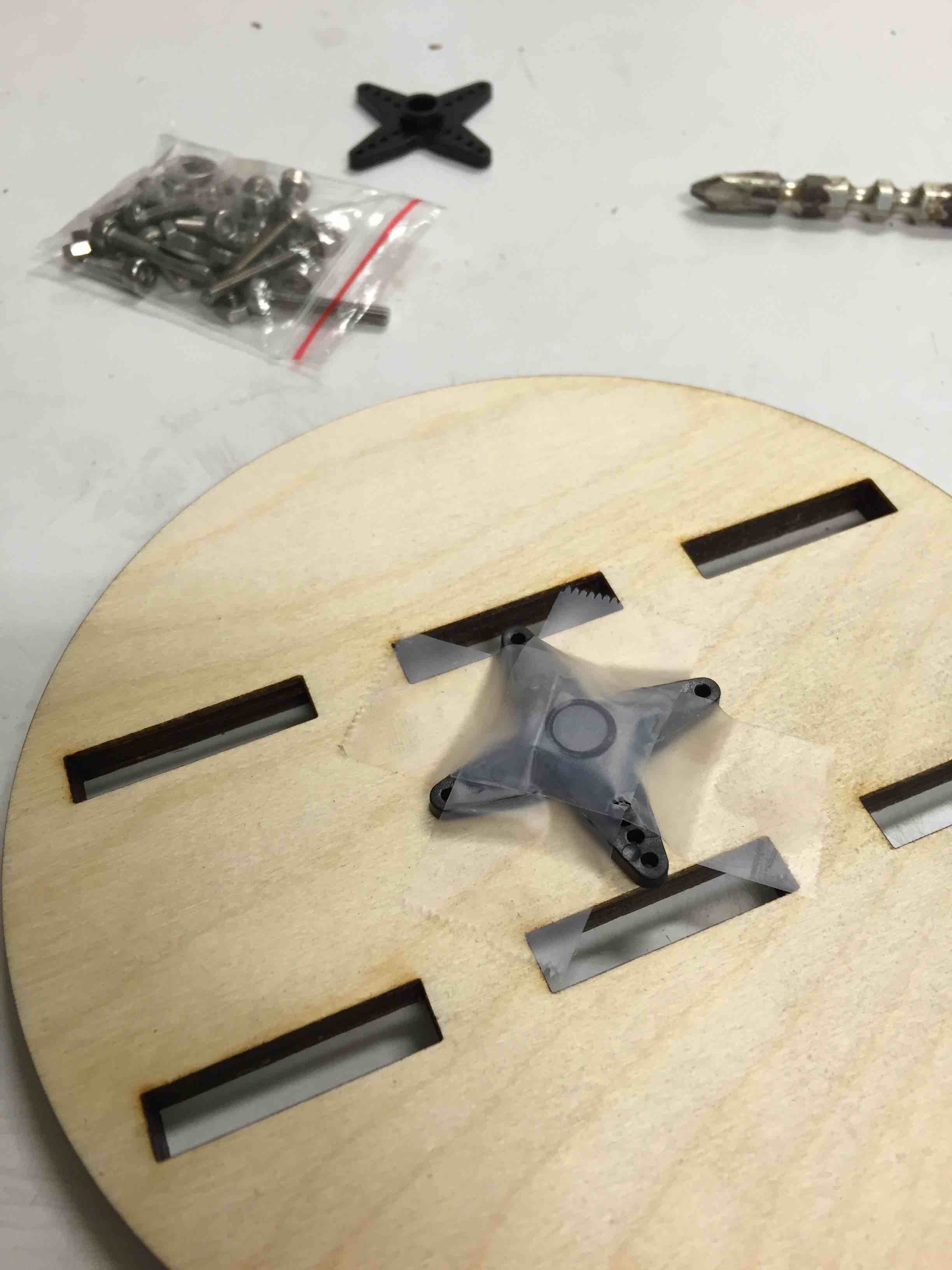 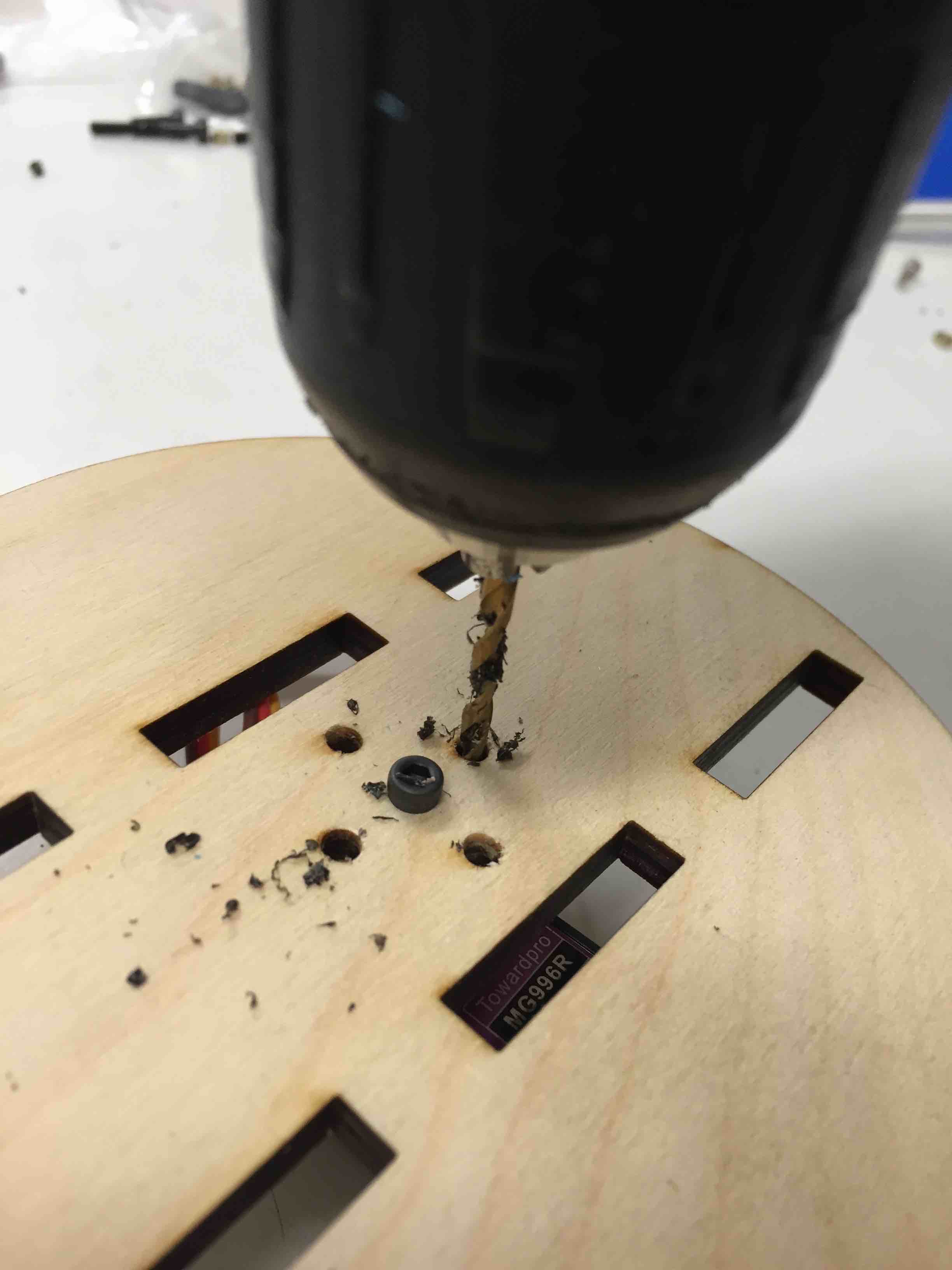 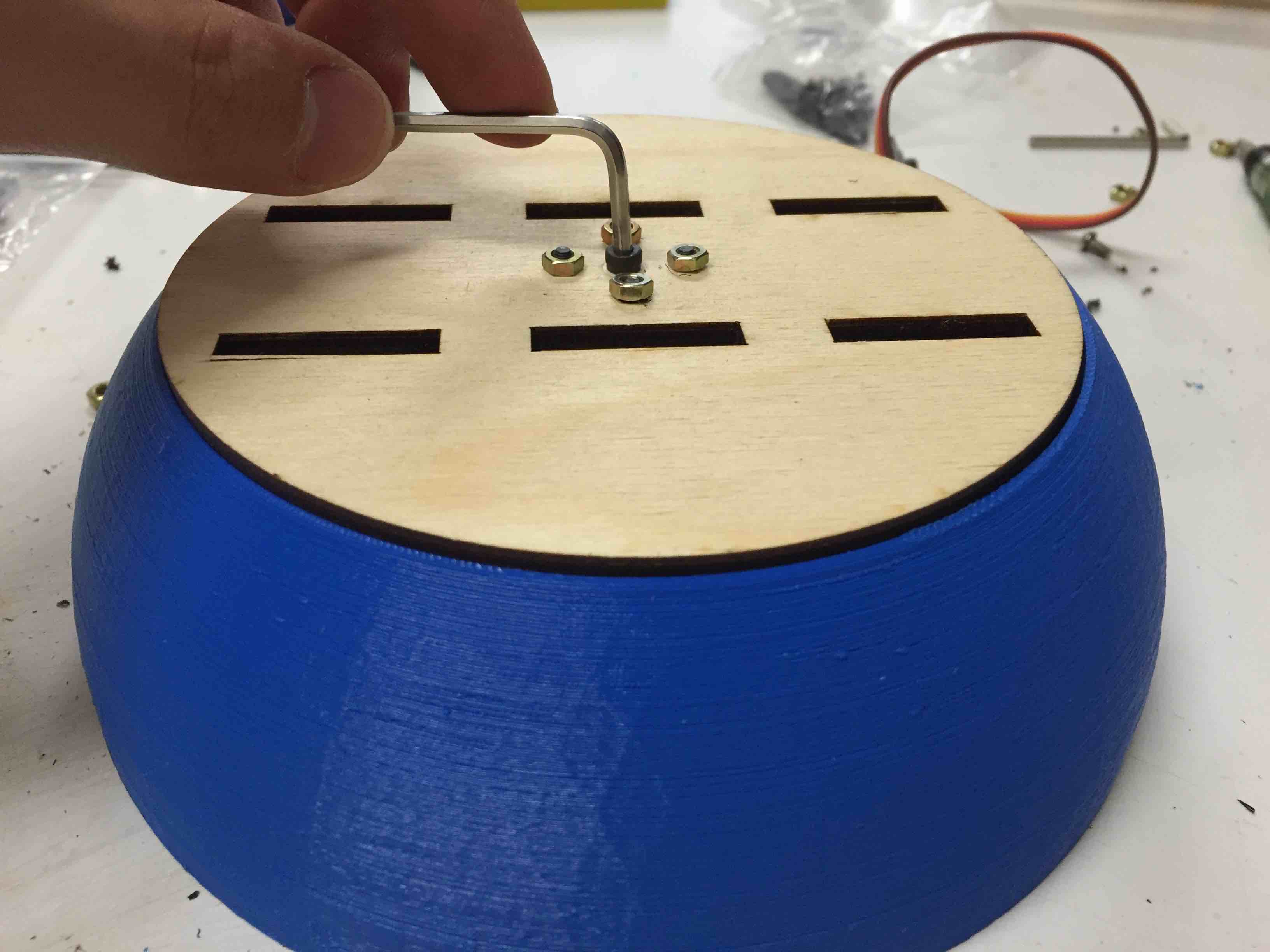 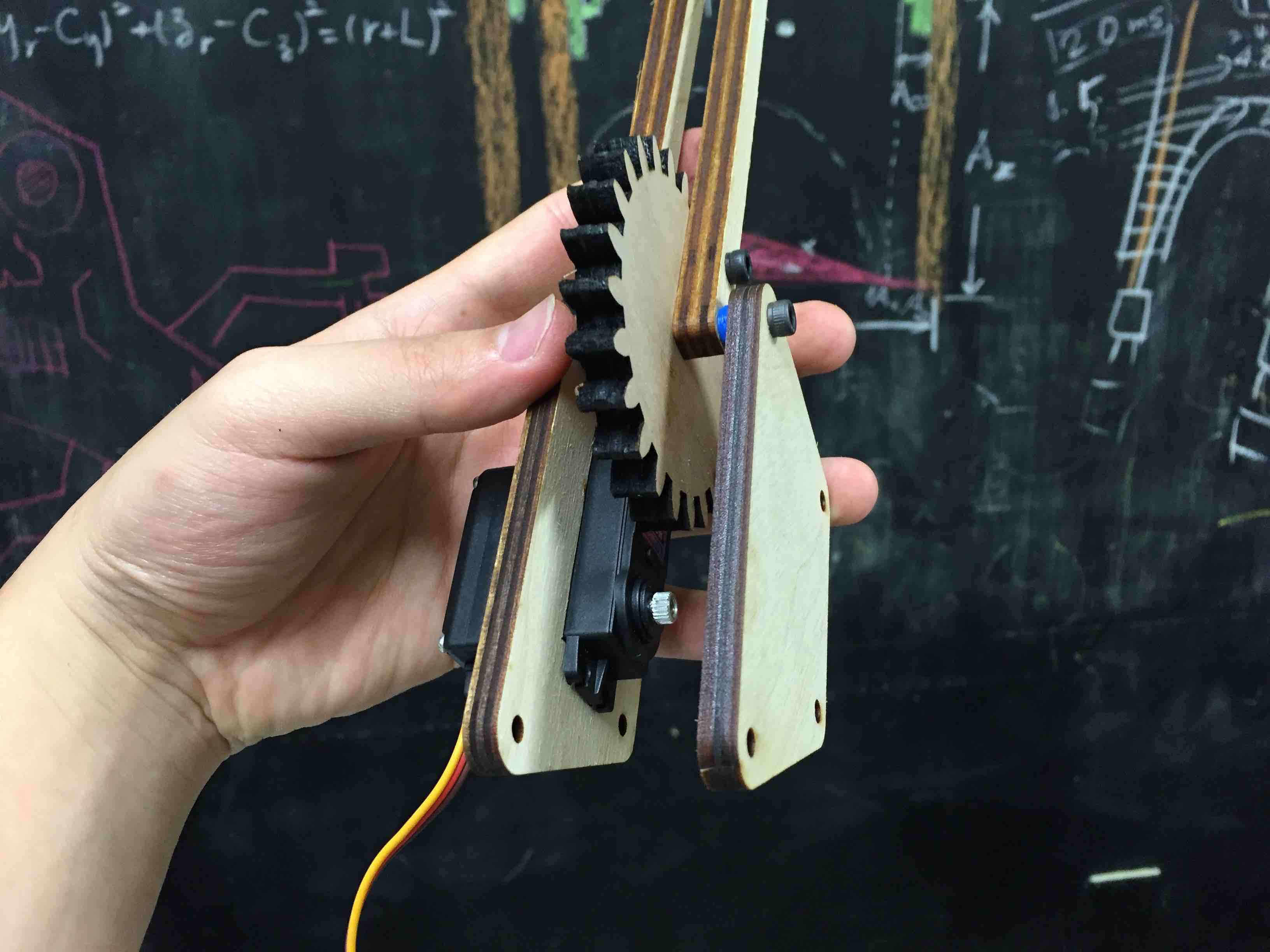 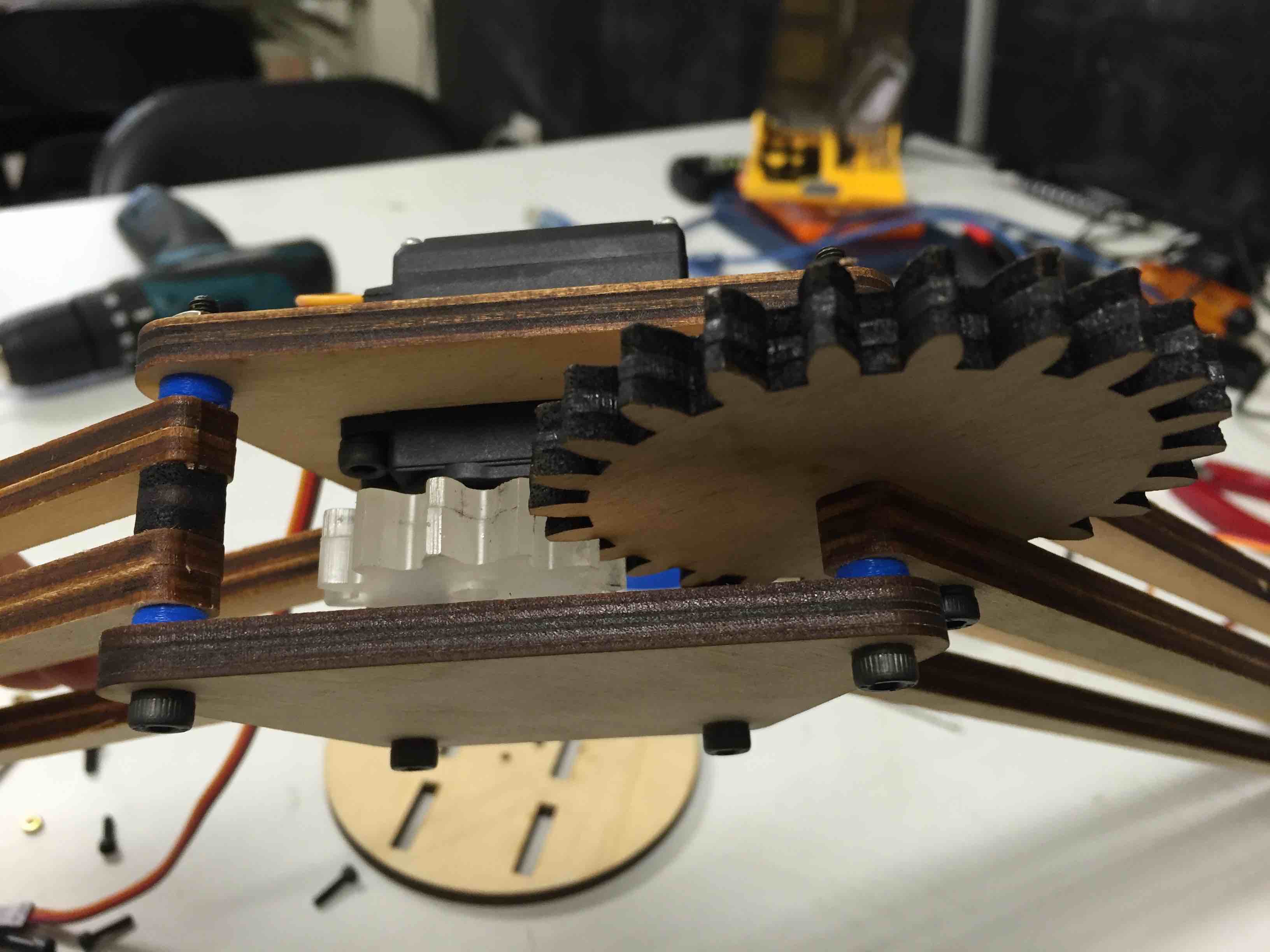 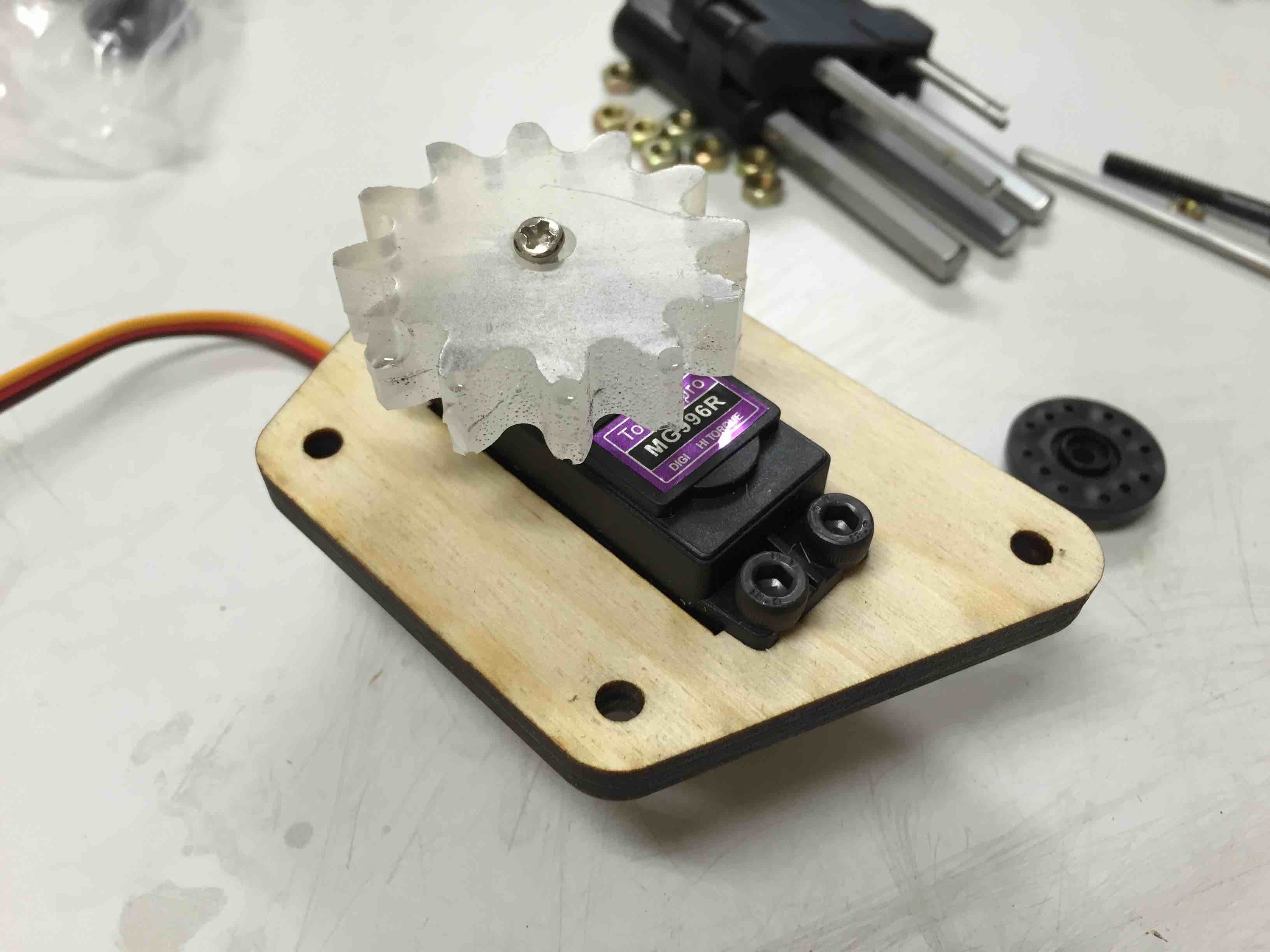 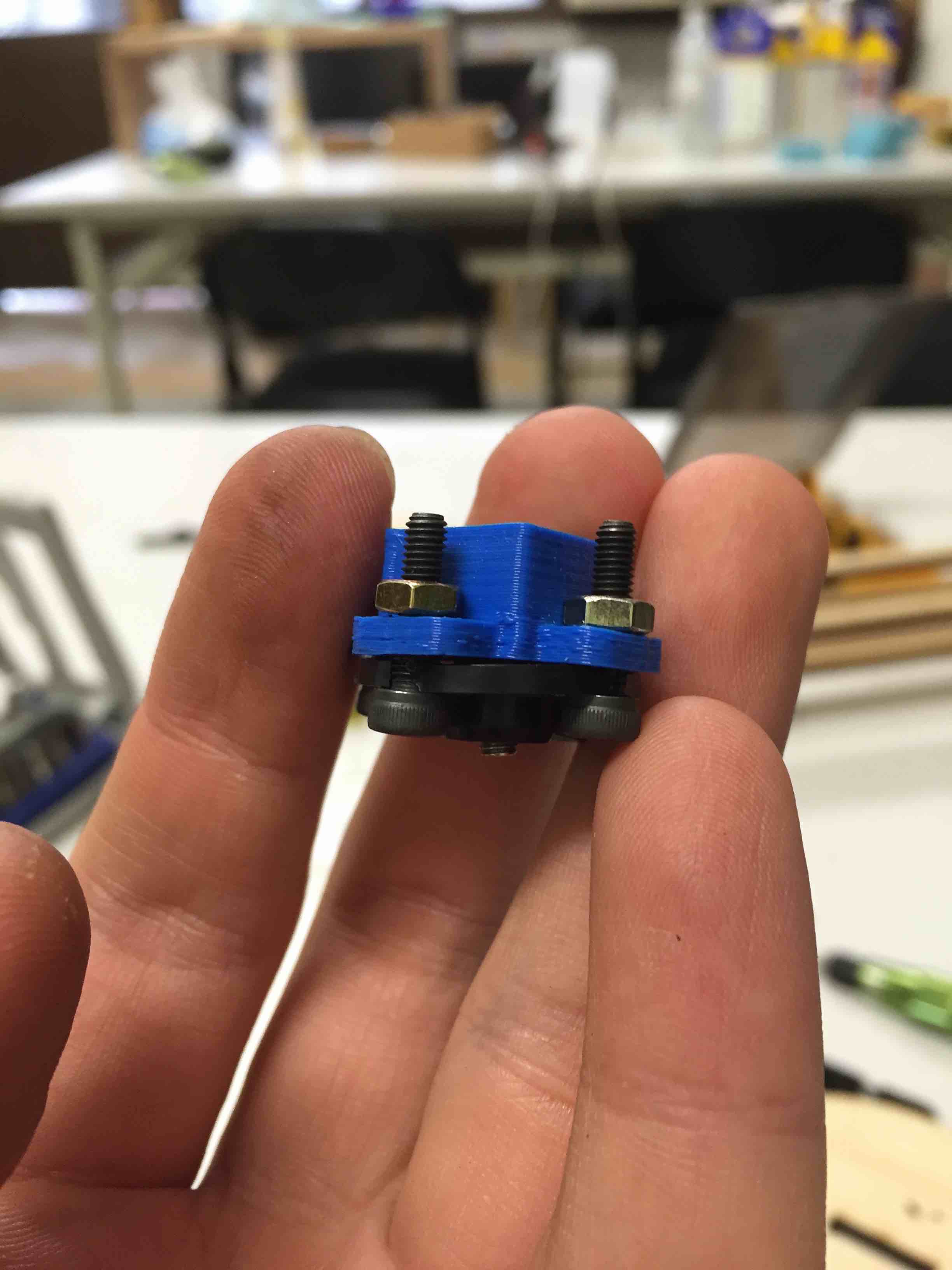 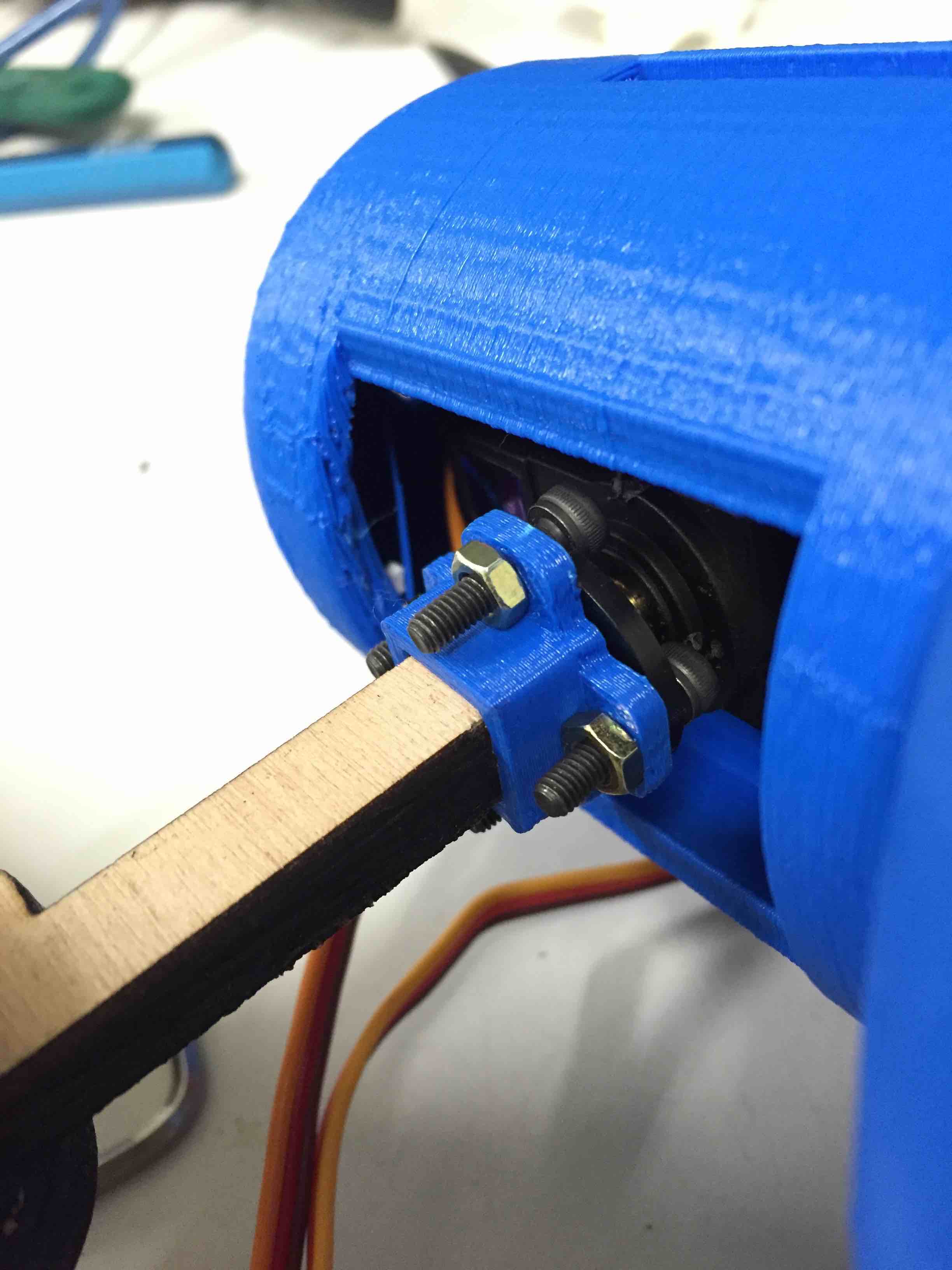 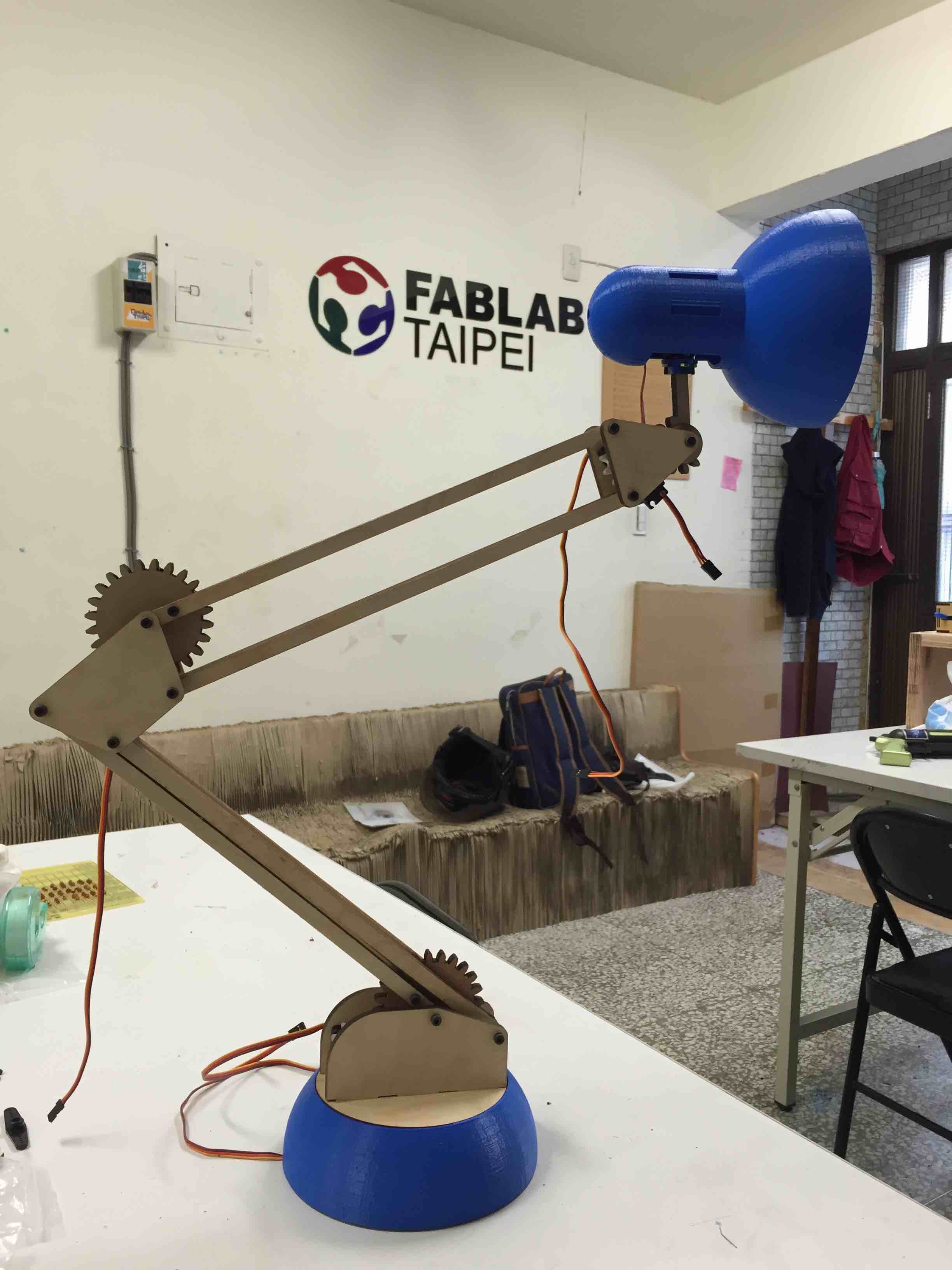 Tension Biped - A new take on a 9g Servo Walker