ERASynth is a portable analog signal generator that can generate RF frequencies from 250 kHz to 15 GHz. By utilizing an advanced multiloop PLL architecture that minimizes spurious and phase noise, ERASynth provides a clean RF output that can be used as a:

More details can be found on https://www.crowdsupply.com/era-instruments/erasynth

Finally, an affordable signal generator for everyone!

ERASynth is a high quality portable signal generator at a price point affordable by everyone including makers, students, universities, research labs, and start-ups.

While fractional-N PLLs are great for generating frequencies with fine frequency resolution, they suffer from a phenomenon called “integer boundary spurs” (IB spurs). 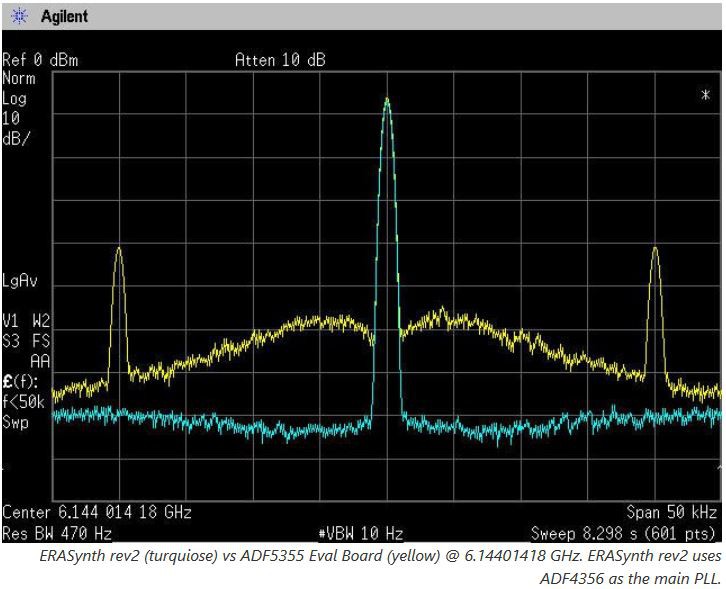 The control GUI is purely web-based (thanks to ESP8266), hence we will not provide any app for ERASynth. There are several reasons for that. Firstly, web GUI is platform independent. Secondly, it is more reasonable to support one web app instead of so many apps on different platforms. Lastly, the web GUI is very responsive and mimics apps very closely. It is almost like an app, looks and feels like an app.

Hi, did you have any stability problems with the SKY65017 amplifier? It seems to be conditionally stable between 3.5 and 6.3 GHz.

Hi, very interesting project for sure. By the way there is nothing said about the resolution... What about it ?

Long time no update on Crowd....

Hope that ERASynth+ can land bellow my xmas tree on time :D

The 2017 Hackaday Prize
An outside pole mounted aerial picks up 4G signals which are then filtered, amplified and re-transmitted through a second inside aerial.
Project Owner Contributor