A low-cost monitor for many simultaneous fermentation vessels.

Heimdalr is a system for logging and visualizing the fermentation progress of many simulataneous fermentation vessels in near-realtime over an extended period at minimal cost.

Brewing mead is a great hobby because it's fun to do, and at the end there's booze.  Lately I've been experimenting in an effort to find the perfect recipe.  I typically have 8 or more one-gallon fermenters going at one time, each one with slight variations on the same basic recipe: for example, the same basic ingredients, but each with a different strain of yeast.

I love data, and I like to record as much data about my brews as possible.  Manually recording the temperature and bubbling rate for every one of the 8+ fermenters is tedious and error-prone, so I decided to set up a brew monitor which could tell me temperature, bubble rate, and other parameters of the brew in real-time.  It could log the results and give a graph of the progress of the brew over time.

There are several other brew monitoring projects out there, but most of them have flaws.  The BrewNanny is one of my favorites, but it has two major problems.  First, the battery is only designed to last for a few weeks.  For mead the sensor has to run continuously for months at a time.  Second, it's a reasonable price if you only need one, but to monitor 8 fermenters I would need to spend over $2000!  Heimdalr was designed to scale easily up to 12 simultaneous fermenters (or more!) at minimal cost, hopefully less than $50 for the entire setup ($40 for the Spark core, $10 for sensors).

The design concept is fairly simple, thanks to a bunch of preexisting services.  I used a Spark core because it's cheap (for a widget with WiFi), and the Spark API makes it super easy to export data and make it externally accessible.  Next I set up a Google Spreadsheet with a Script which periodically polls the device for new data and adds the raw data to a spreadsheet.  I use the spreadsheet to interpret the raw data (for example, converting raw A2D readings to degrees Celsius), and whip up a pretty graph, et voilà! 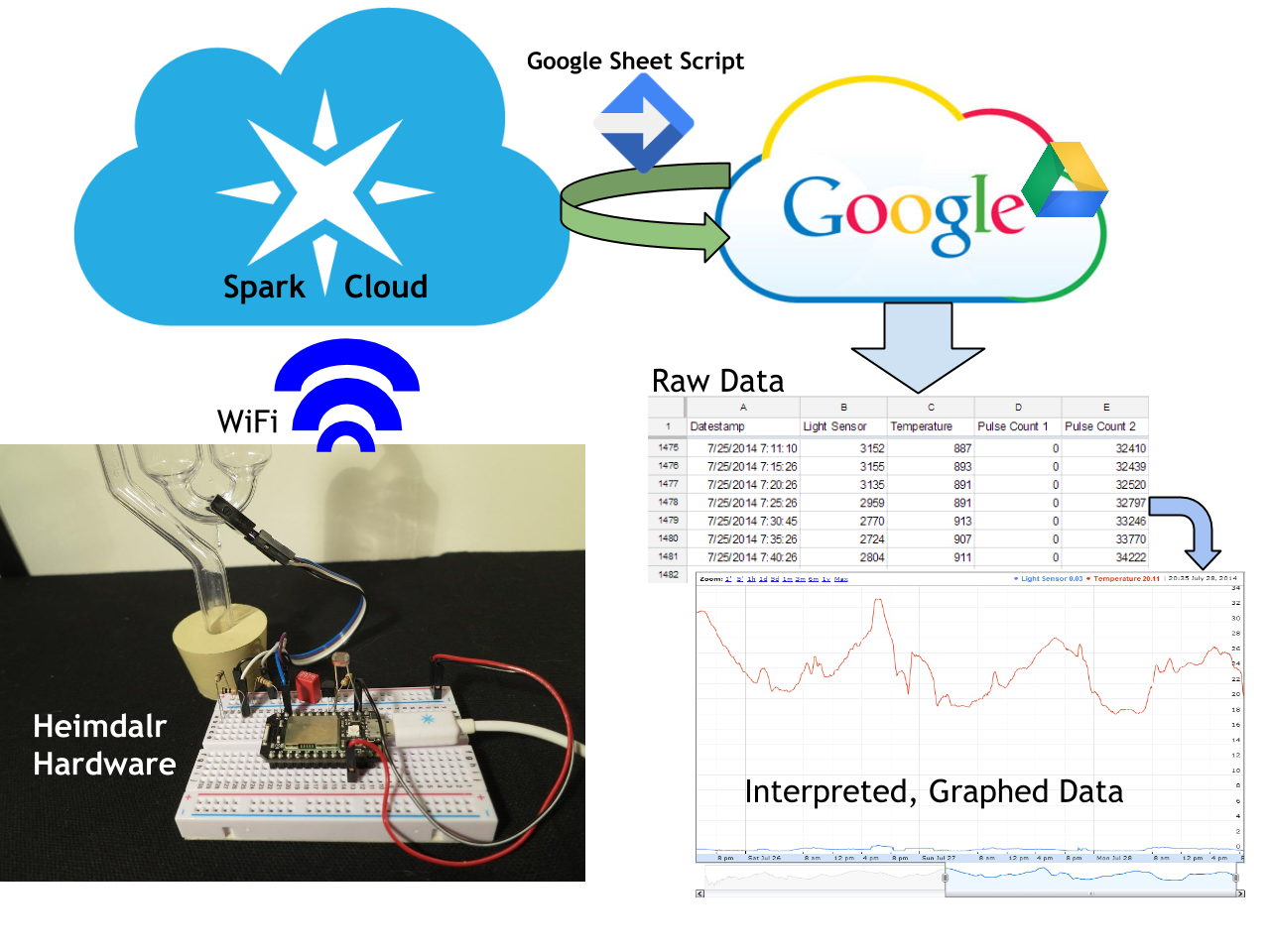