When facing the challenge of producing a small serie of parts for a pilot test with a potential client for my startup, I had to get creative (no $$$, little time and limited resources).
I've built my own version of a large 3D printer in the past that I could use, but the parts have to be substantially more resistant than regular 3D printing technique would normally allow (like supporting large gas canister weighing up to 80 kg and taking some physical abuse from the distribution people). 100% infill was a no-no both from printing time point of view and from mechanical resistance. A possibility was to use machined MDF but the CNC we could use from a local FabLab wasn't available for the time we needed it and my friend Ricardo Pereira suggested the use of polyurethane resin which sounded more fun and exotic...

Some context for a Start(up) 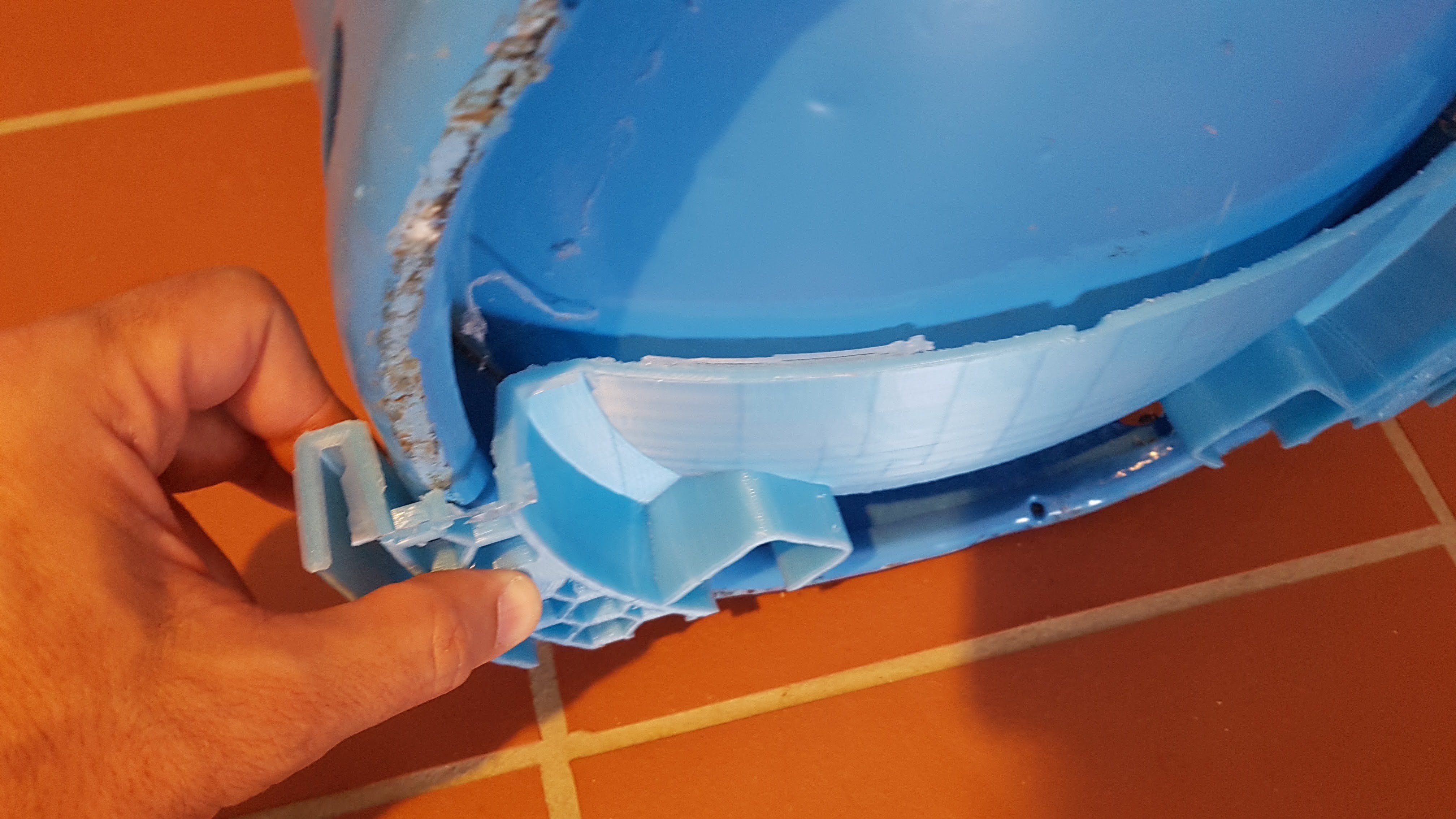 We're currently trying to turn into a real physical product a basic concept which is quite simple: using a connected scale to be able to predict the time at which an LPG cylinder will be depleted and use this information to optimize the home-delivery... More info here.

To start our pilot, we need a replicable, low cost method to put between 15 to 20 prototypes of scales on the field at some selected customers houses and/or outside. Leaving the electronics out of the equation for now (we're using a sub-1GHz LPWAN by the way) and others technicalities, it was time to figure out a cheap way of making fast iteration for the project.

We could build this out of LEGO and some cyanoacrylate, right? 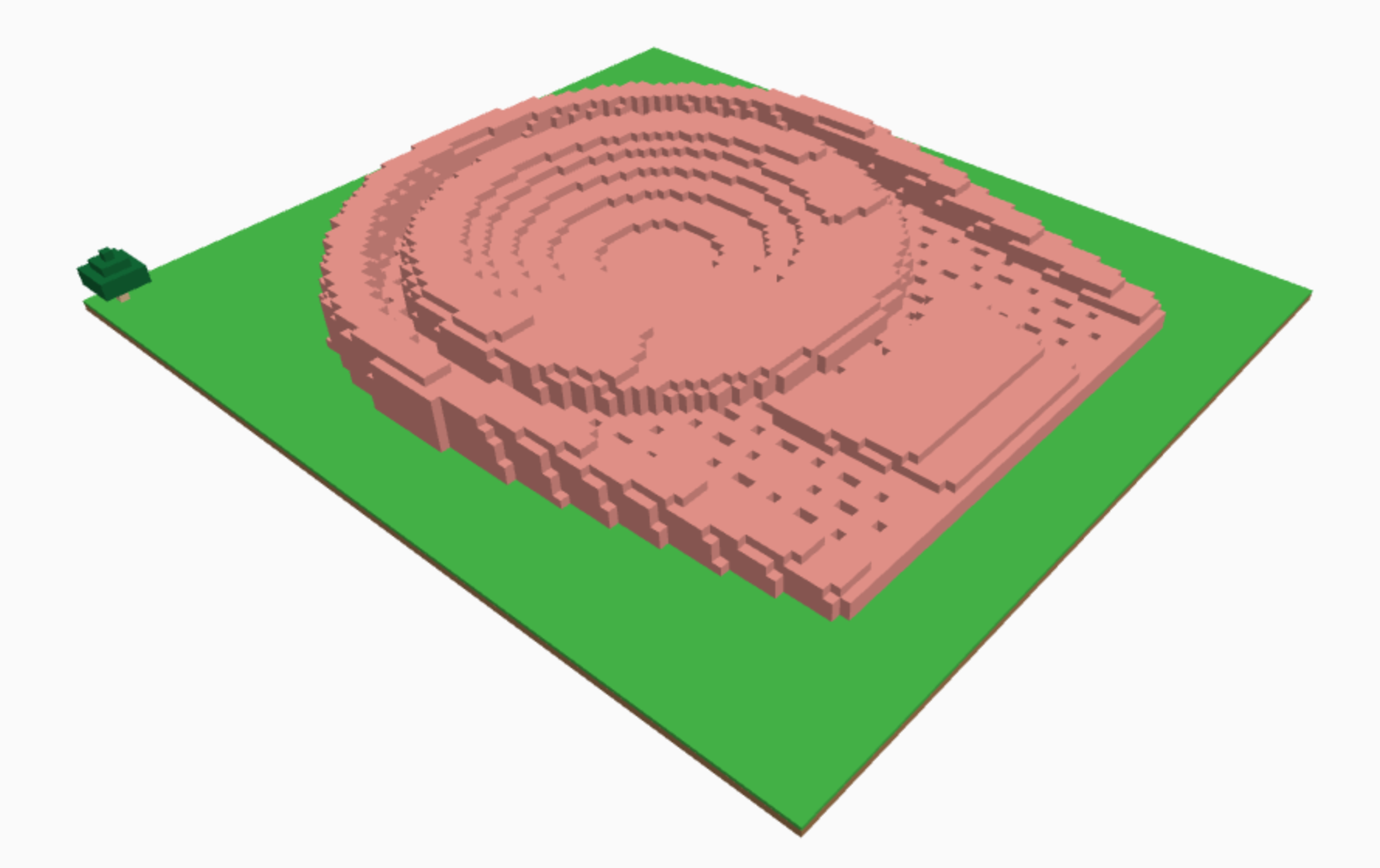 Not really... Those large bulky LPG cylinders (G110) are 80 kg. We need to find something else (it would come particularly cheap anyway).

We've made some trials with an MDF lattice (using the autonomous 3D Slicer from Autodesk), but it was still very low-fi for what we needed... 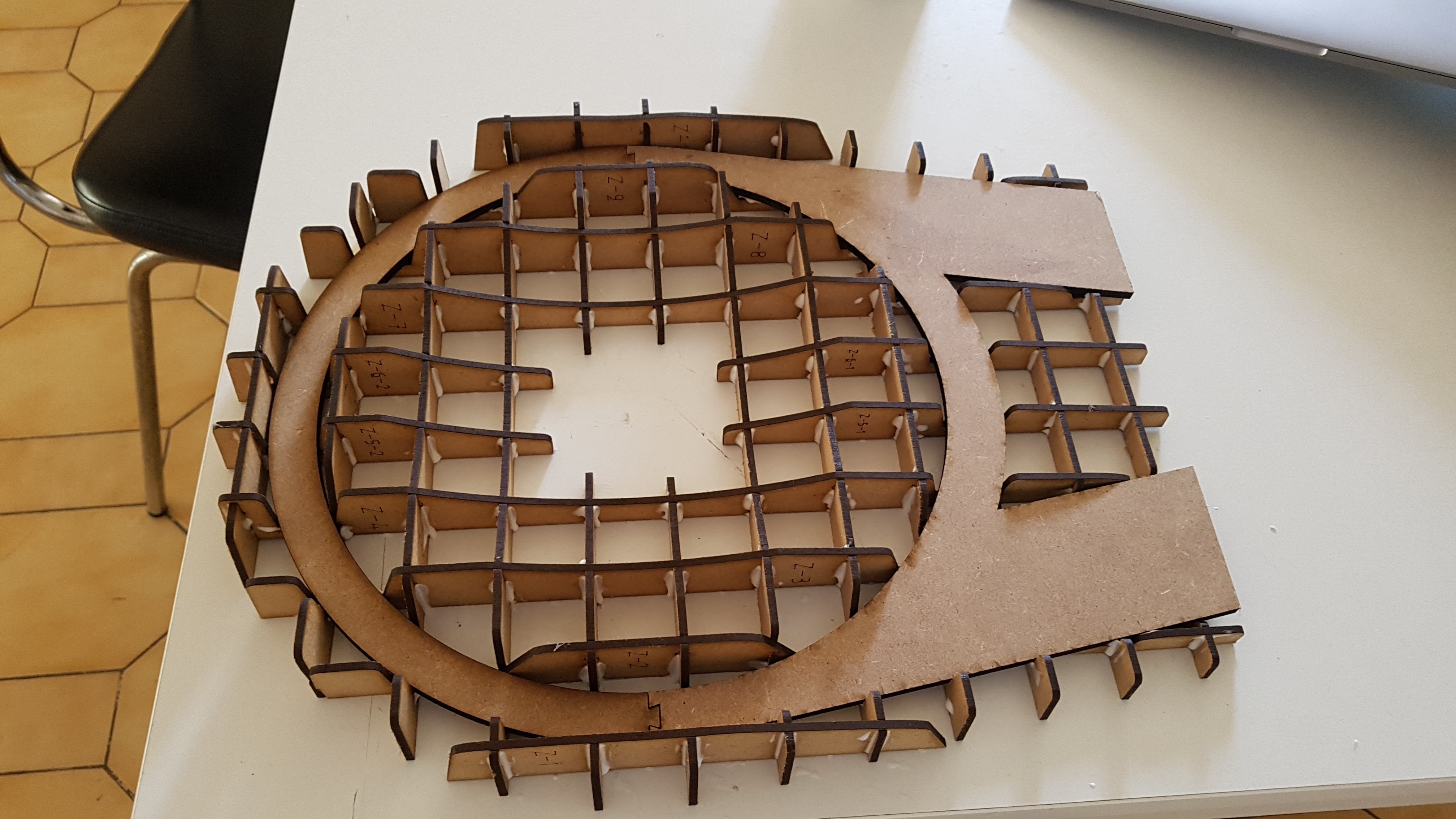 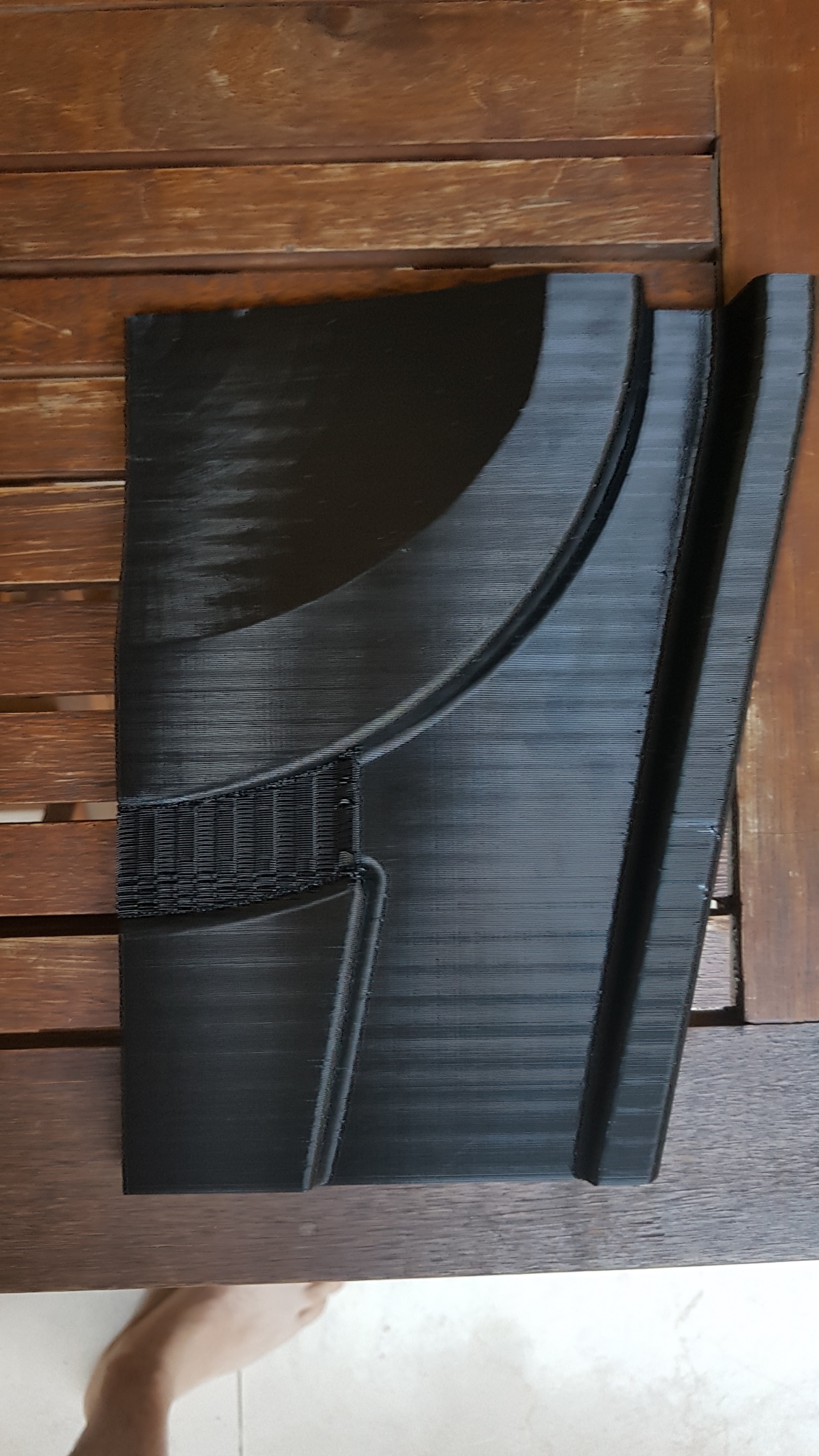 We discarded the possibility of 3D printing a mold since we wanted to leave open the possibility to change some of the geometry on-the-fly (a silicon mold from a 3D printed master would have been the way to go).

A two-components polyurethane resin was chosen to reinforce the part internally. Our primary approach was to leave the top of the part open on one side and go for a simple gravity fill... It kind of worked, but the high viscosity and the short pot life of the resin we choosed resulted in a part that was only filled partially (~60%). We had to repeat the process manually to fill the remaining voids. The resulting part is sub-optimal, but it already much closer to what we're looking for...

We also discovered in the process that:

Where the magic happen... 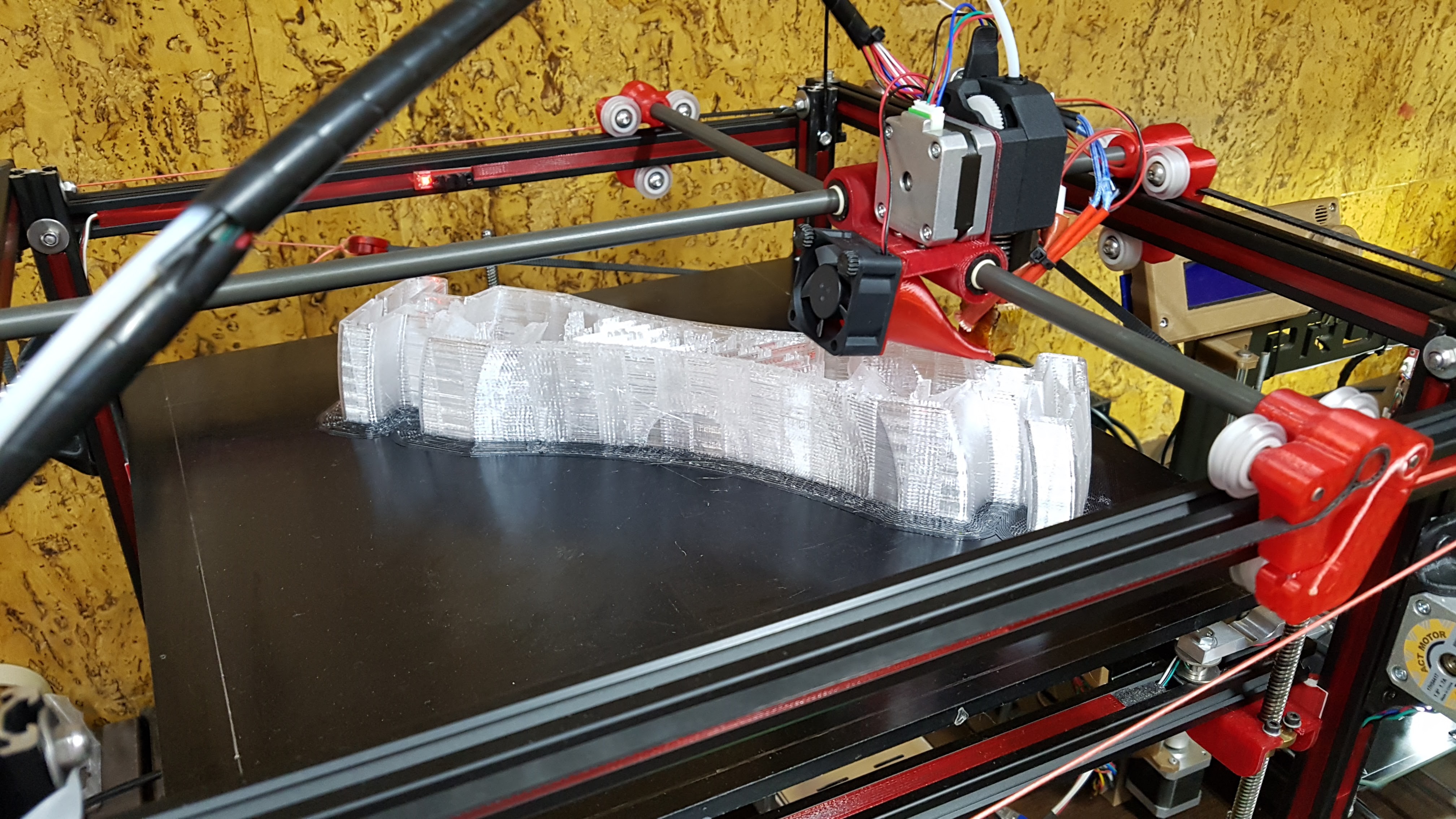 and the result (in orange) 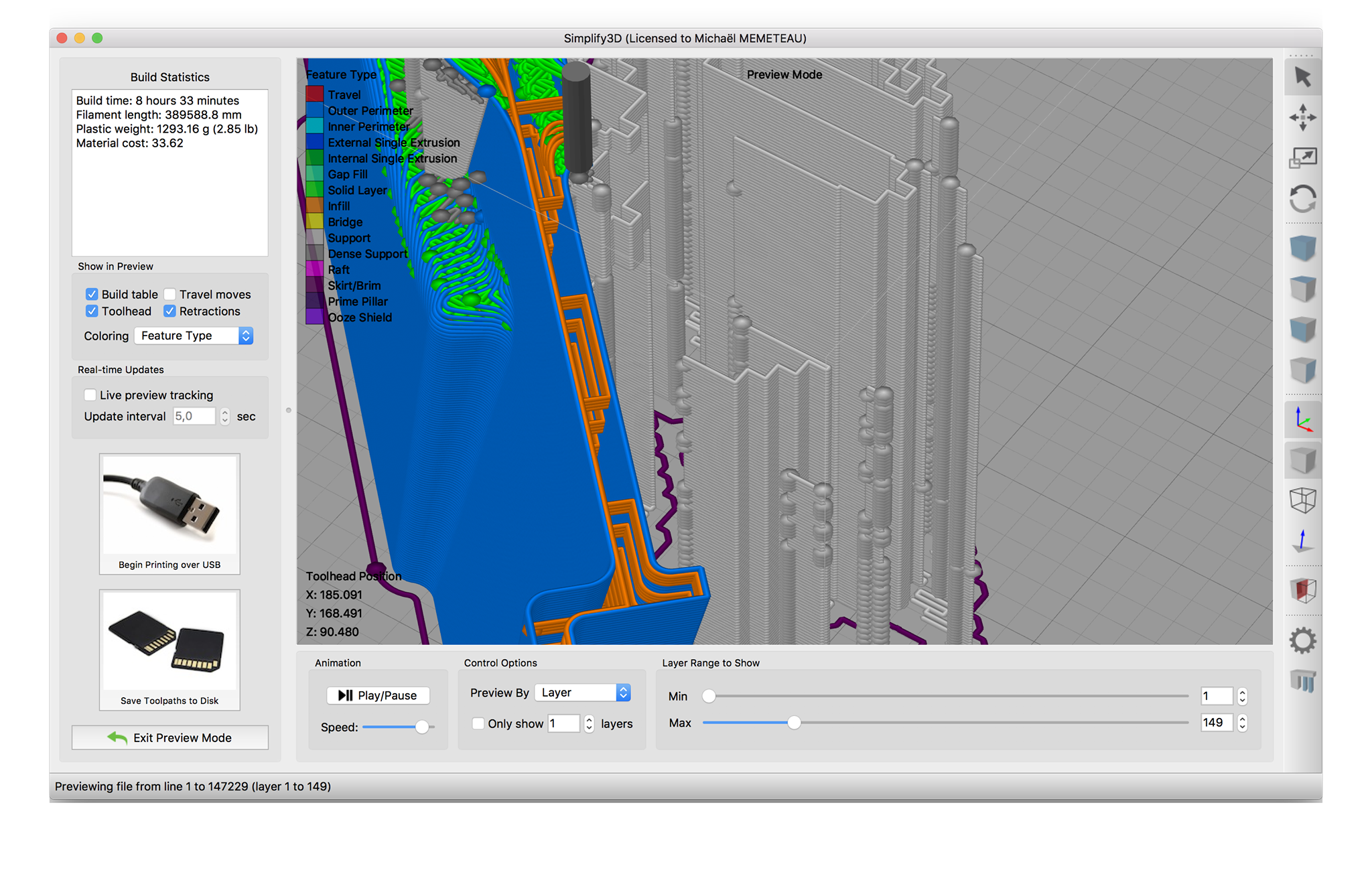 The 3D printing is still the longer part of the process (even at 100 mm/s !!!), but we now have in place a very flexible process to create and test parts in a Startup context... ;) 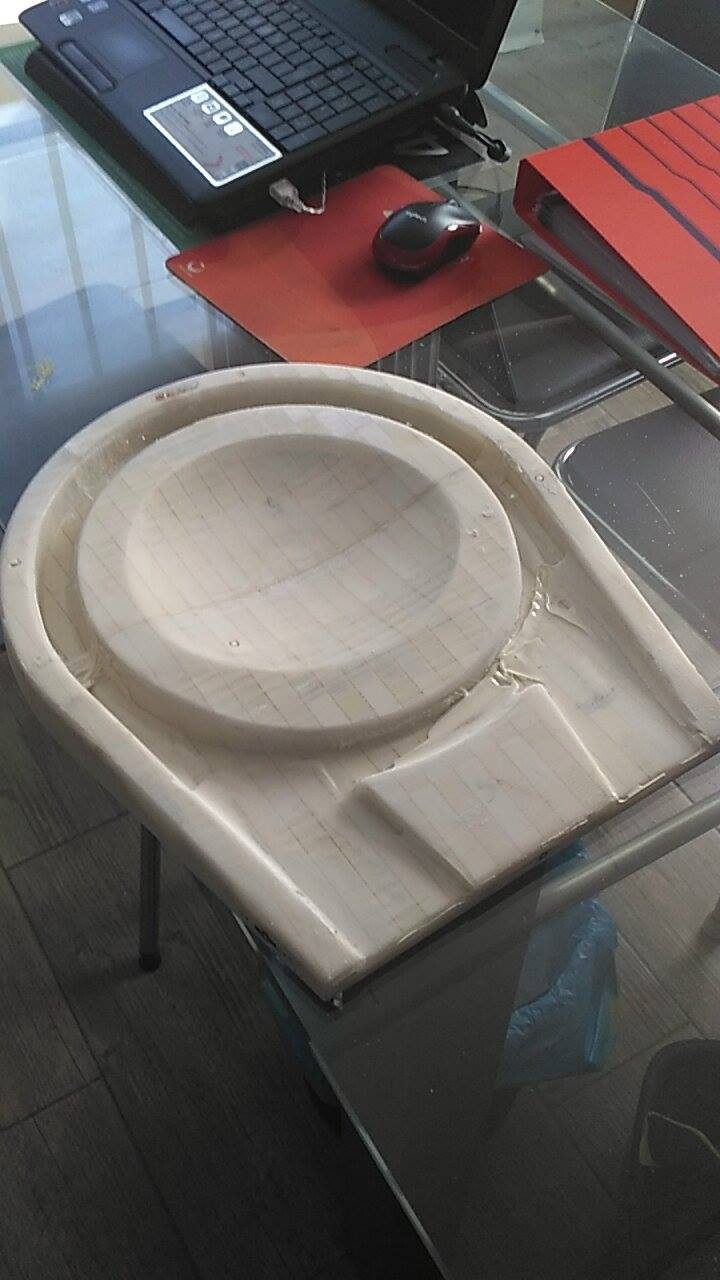 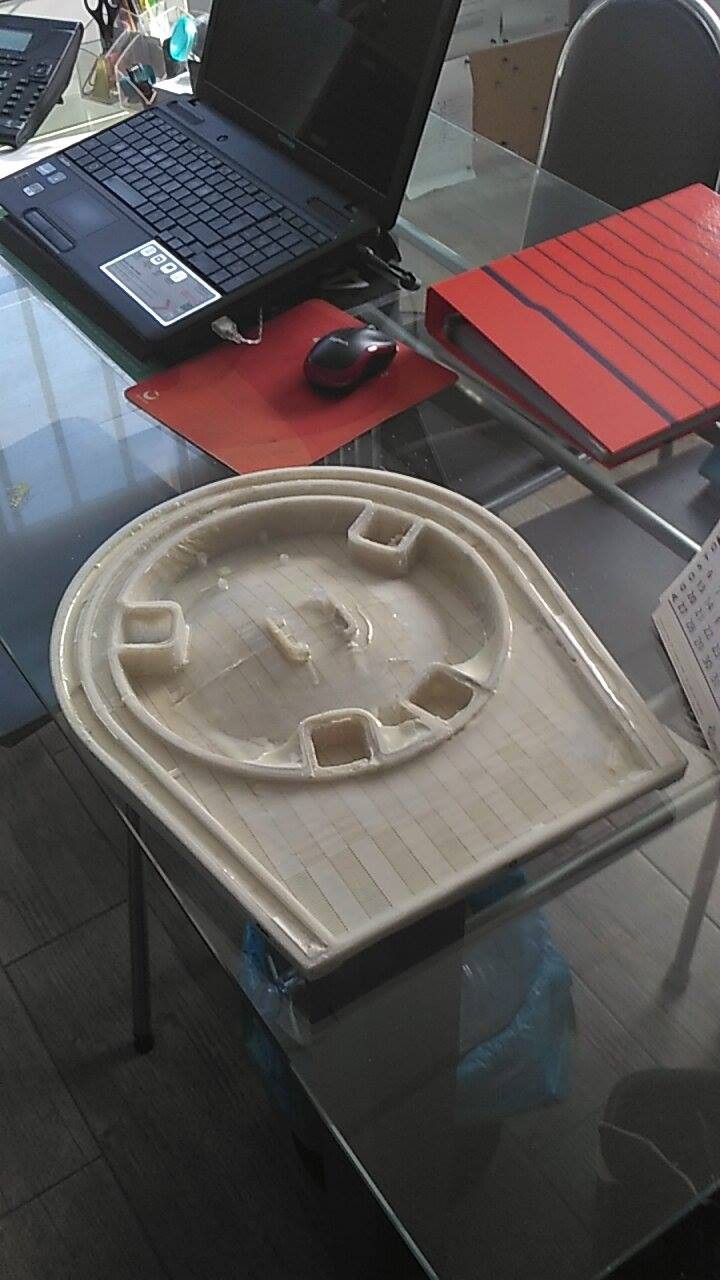 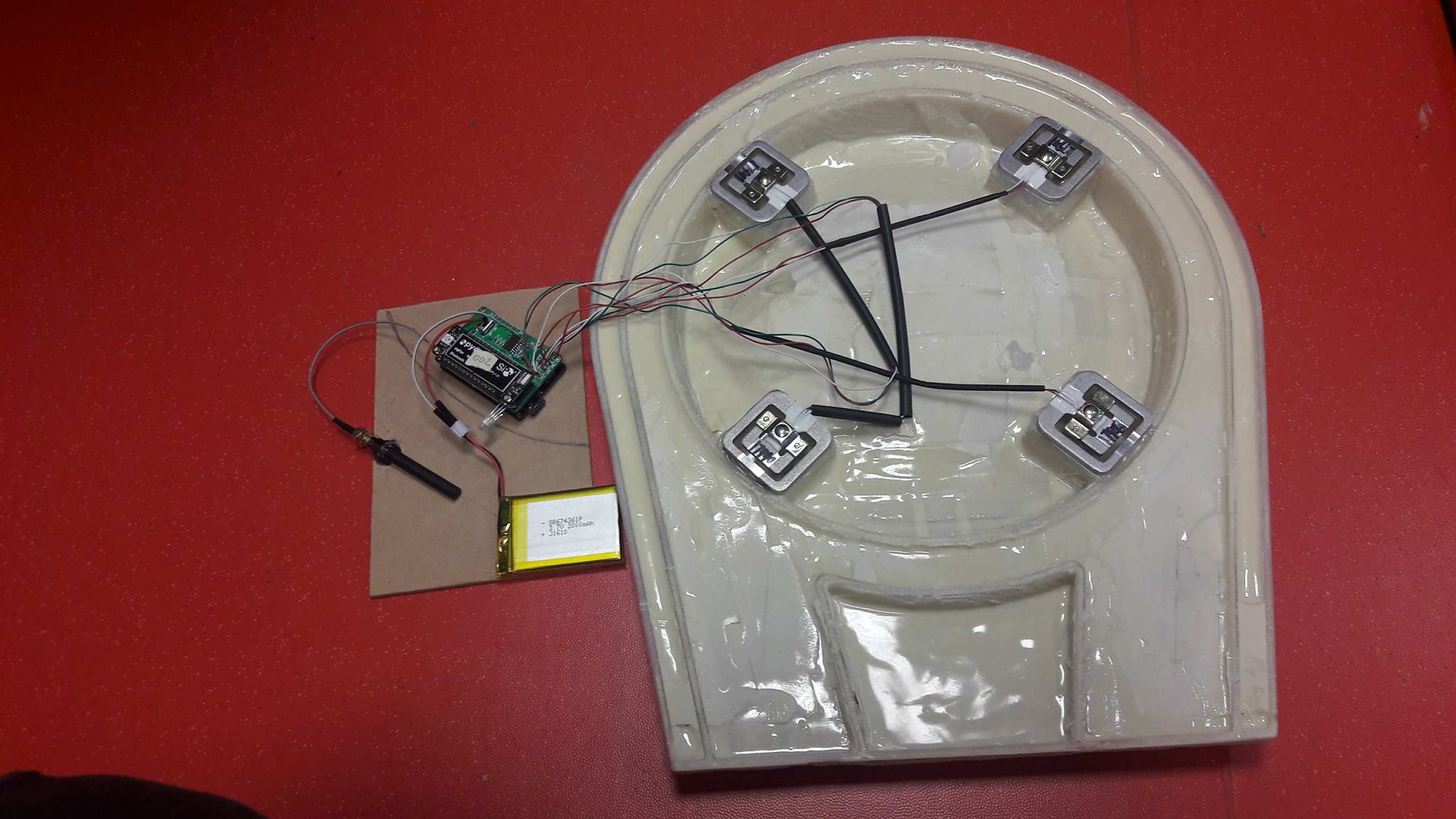 Do you really need 4 load cells?  If you had 2 solid legs on one side and the 2 sensors on the other, you can use fewer components and a card with fewer inputs.

Have you thought of using a wood base and cnc routing?

Yes, for sure it's something we've considered, but for some reason, the cheap bathroom scale are all using 4 cells. It's more accurate and less sensitive to an uncentered load. The electronics is actually the same for 4, 2 or 1 cell (HX711).
Regarding the wood, it's not an option for something that will be exposed to the elements and we don't have the flexibility to design attaching features for the sensors, electronics and other accessories.

How are you overcoming the normal "initialize to zero on power-on" of the electronic scale?

While not totally related to the case, if I understand your question correctly, it's about zeroing the scale, correct? In this case, it's just waiting for the accelerometer to stabilize and force the zero just after that.
If you're interested in more resources about this theme, here are some resources:

Top Lazy Susan metal pivot wore through, and it was old enough that replacement parts were no longer available.
Project Owner Contributor