A test stand equipped with load cells to measure thrust, and environmental sensors to get the test conditions. A microprocessor is used to record and transmit the sensor data. The vehicle is constrained vertically and horizontally for safety

Developing a drone requires testing and data to refine the design. A useful test stand will:

This Drone Test Stand is designed to try to meet those requirements.

The frame is intended be in-expensive and is over engineered to ensure safety. The frame is constructed from 2" x 10" boards with joints held together with screw so that it can be disassembled easily.

The support bars is where the vehicle is attached and transfers the weight of the quadcopter onto the load cells. 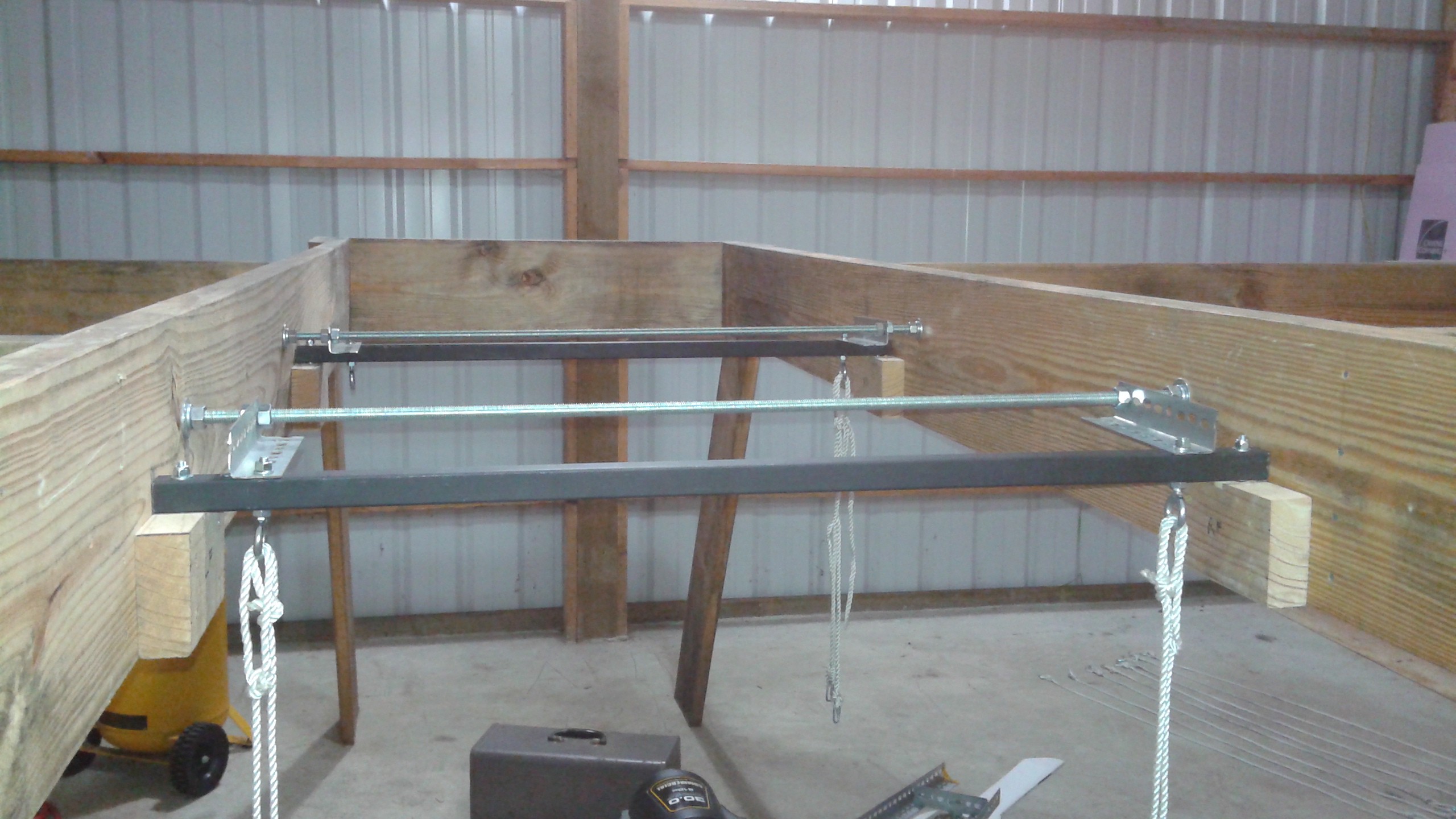 The electronics measure the static weight of the vehicle and the thrust during the test. A 5V Trinket Pro is the microprocessor at the heart of the electronics. 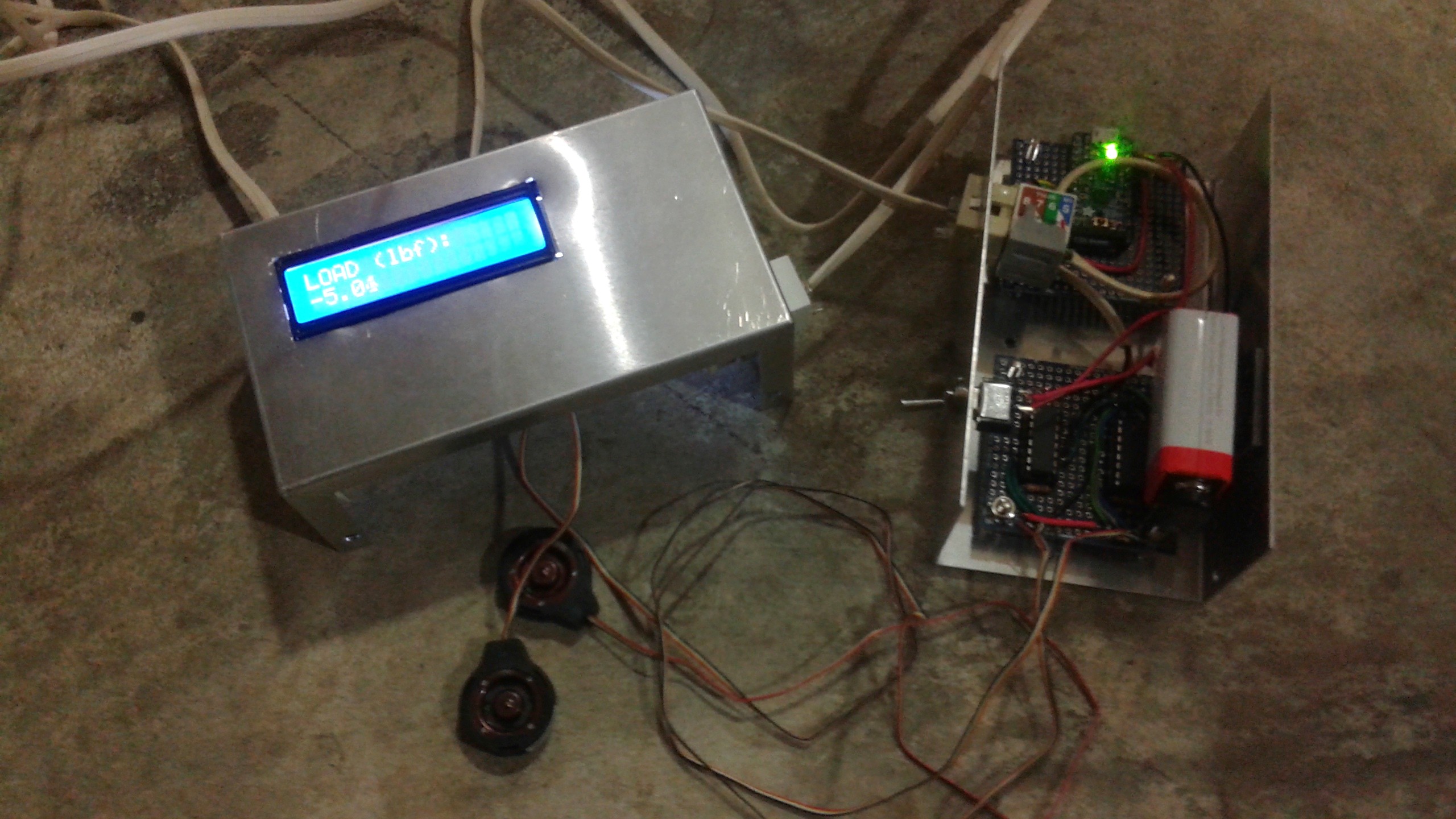 The Trinket Pro was programmed using the Arduino IDE

Hi, Just curious, how do control the prop speeds independently, with only one motor ? Cheers

Thanks for checking it the project! We're using #EVPR: Electric Variable Pitch Rotors to control the thrust at each rotor.

See, that's what happens when idiots like me don't read the whole article before asking stupid questions.  Keep up the great work !  Best regards.

Excited to see the load cell setup. One source of inaccuracy for load cells is off-axis/shear loading; good ones are designed with this in mind (as I'm sure you've found) and incorporate some kind of parallelogram mechanism to keep the faces in line. It's definitely nice to get actual thrust data--helped me out a ton!

Hackaday Prize 2019
It's not a toy! It's the device for using in industrial weight measurement systems for trucks, trains, and conveyors.
Project Owner Contributor

Are they good? What are their limitations? What is the best way to use them?
Project Owner Contributor

Determine the capacity of your battery stash...useful for battery pack and powerwall construction.
Project Owner Contributor