My girlfriend's mother, Julia, has advanced multiple sclerosis, and has been bed bound with very low mobility for quite a few years. She spends all day, every day, in a hospital bed watching whatever television channel one of the nurses turns to that day. Her movement is limited to turning her head slightly and lifting her left hand about six inches, though she doesn't have the strength to press buttons. In her words, she's effectively a quadriplegic. She lives about 10 hours from us, and the only way to reach her is to have one of her visitors call us, and hold the phone for her to talk on speaker.

Sometime last year, my girlfriend told me that all she wanted for the holidays that year was for me to find a way for her to call her mom. This project is my solution to that problem, my gift to both of them, and hopefully to many others out there.

To get started, I looked online to see if there was anything out there that solved this problem already. I found a number of 'hands free' phones that supposedly supported voice answering, but after reading whatever reviews I could find, it seemed like they were all very overpriced pieces of garbage. I didn't find any that supported voice dialing or really any features to speak of. After a while of this, I decided it was time to move on.

My next thought was go to digital, to find some kind of app that could do these things. I downloaded and tried about a dozen of these, but they were all lacking in one way or another. There really wasn't anything out there that didn't need to be handled in some way.

The last thought I had was to use some sort of hands free Bluetooth device, like one might find in a car. I decided on the Jabra Freeway In-Car Bluetooth Speakerphone, and managed to find one refurbished for cheap. It seemed to have a lot of features, like hands free dialing and answering, so I was optimistic. I picked up an inexpensive Android tablet to connect it to, remembering that the hospital she's in had WiFi, and decided we could connect them up through Skype. I was feeling pretty good about this, and thought I was good to go. When I got the tablet and speakerphone, I quickly found they didn't play well together. Yes the tablet would open Skype just fine, and it could connect to the speakerphone to talk through, but none of the fancy features of the speakerphone worked. Things weren't looking too good, and I was running out of time. We were planning to make the 10 hour drive from Chicago, IL to Birmingham, AL for Christmas, and we were days from leaving. I didn't have time to get it all finished and 3D print a nice case for it all like I had originally expected, and it wasn't practical to bring the printer with. I had to think fast.

Knowing that I'd have some some down time while we were visiting, I decided I could do what I do best (procrastinate) and figure it out when we got there. I packed up everything I had bought for this project as well as a bunch of tools I thought I'd need for the job and we hit the road.

I ended up bringing with:

When we got there, I sat down try to get to work. Immediately I noticed a fatal flaw in my plan.. they didn't have any open WiFi.. I saw that there was a locked network, so I asked the nurses about it, to which I got an astoundingly unanimous "What's WiFi?" After explaining it's wireless internet, they told me to go down the hall on another floor to access it in a Rec Room.. so that wasn't going to work. I had debated spending my time trying to crack their password, but I knew that if they ever changed it, we'd be out of luck.

After thinking about it some more, and realizing that the speakerphone still couldn't connect to the tablet even if we could get it online, the only option we had left was a pay-as-you-go phone. I swung by the store and grabbed the cheapest plan and cheapest phone with Bluetooth. I came back to the hospital and gave it a try, and the speakerphone connected up just fine! Finally a success! 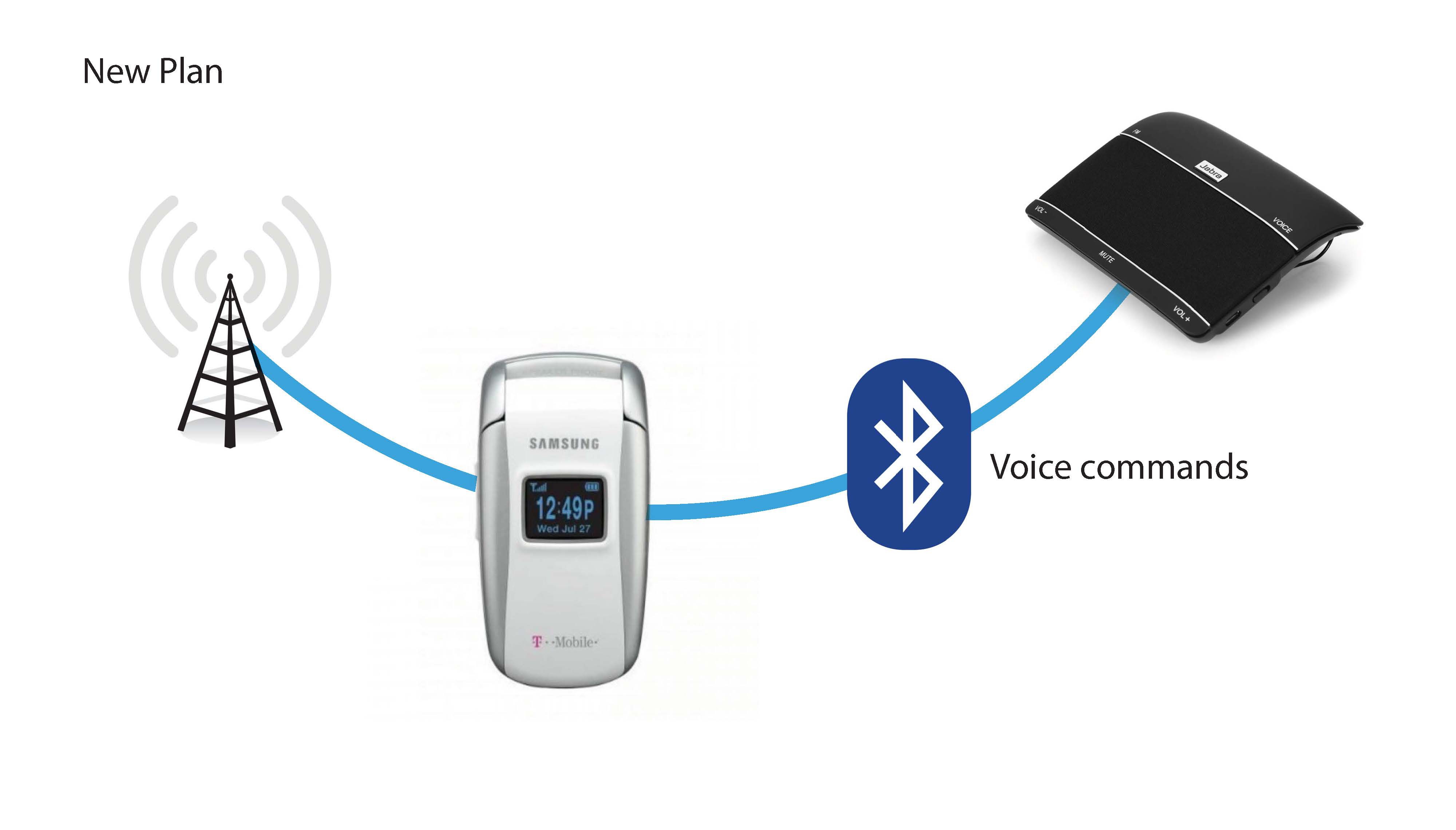 While I was hoping everything would work right out of the box, I wasn't expecting it to. The first thing that needed solving was that Julia's voice wasn't always loud enough, especially if the TV was on, to answer a call. Next, she couldn't make a call without pressing the button on the front of the speakerphone to get it's attention. Luckily, there's one button on the front that does all of this, similar to the one button on a Bluetooth headset.

I opened up the speakerphone and easily found the button on the front. I grabbed the Cat5 cable, stripped some back, and soldered it up two momentary switches (like the end stops for a 3D printer)....

Hi! I saw you present this project at Pumping Station.

Yup! Aging in Place was a good incentive to get me to post it in a timely fashion!

A modified Neo-Geo Pocket with a raspberry pi 3 and other clever hacks as its guts.
Project Owner Contributor