As the title says, a giant functional Game Boy. :D

A year ago me and the organizer of a Belgian Chiptune festival called Nintendoom were sitting in the car, he was telling me how cool it would be to have a giant functional Game Boy.

Fast forward a bit and there we have it, giant functional Game Boy.
It consists of 10m² of 3mm MDF, some wood glue, paint, a Raspberry Pi and a 19" computer monitor which I disassembled and reused and various other components.
The software is based on Retropie http://blog.petrockblock.com/retropie/

I mainly used a 180w laser cutter to cut 2D parts which I designed in AutoDesk AutoCAD.
This was all done at FabLab Brussels which is funded by the Vrije Universiteit Brussel where I study and the Erasmus High School, which is also in Brussels.
I had to do all of this in a month's time while still studying for courses. Got it done in the end. :D

Thanks to Siebe, my neighbor, for helping with the painting!

Well here's the project, finally. After so many months I've finally uploaded it!


I got asked by a teacher at the Erasmus High School in Brussels to make a Game Boy XXL for him too. I've already put some time into the new one but since I've got a few other ongoing projects together with my exams it'll be for Summer.

There were a few things I had to sacrifice with the first Game Boy since I had less than a month to finish it, the FabLab didn't have any MDF either (there were a lot of projects going on):
1. Wasn't able to finish the backside's design, it doesn't look like the original's backside.
2. Corners were done by hand, it's not perfect. Will be using a milling machine after I have drawn the corners in 3D.
3. The Raspberry Pi is unremoveable (can access the SD card however). Will have a slider system (already testing an idea I have).
4. I'm reusing the monitor's speakers, they're not powerful. Will be adding an amplifier and larger speakers.
5. The D-Pad should be a little more tense, it's too easy to move it. (fixed this last month with the first Game Boy XXL).

Thus the next version will have a nicer finish and will be even better!
It will also have the original Game Boy's colors, the reason why I went with purple is because the idea was to have it look flashy for Nintendoom. 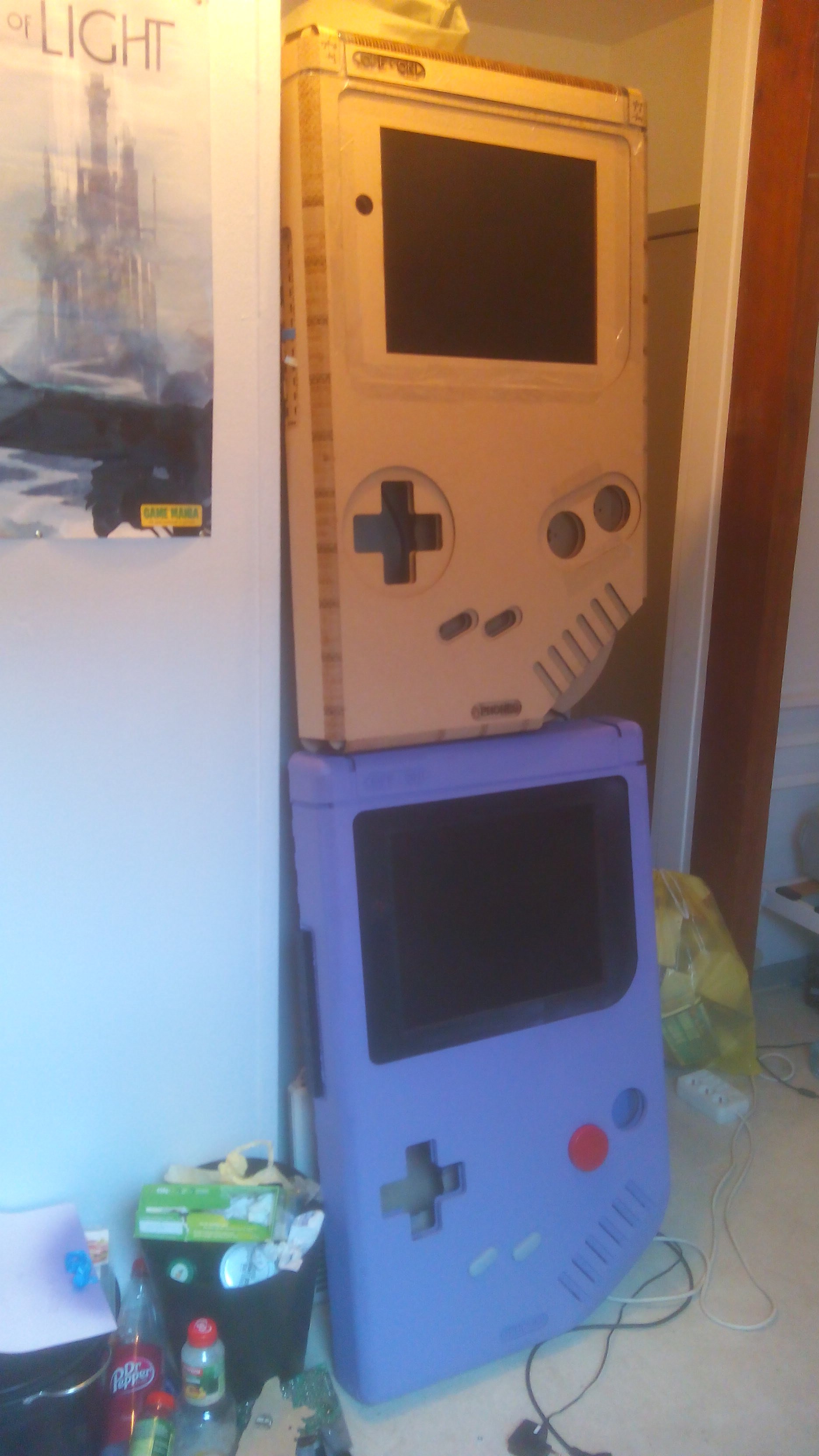 i want to buy this

awesome project. Is there any way to buy one?

Like the Sorting Hat from Harry Potter, you are judged and assigned to your own Level of Hell!
Project Owner Contributor

The Levels of Hell: Dante's Inferno 2.0