==========
The original Pulsar has been redesigned, for more details visit: https://hackaday.io/project/62215
==========
The Pulsar is a wearable electronic device that allows you to wirelessly control bright, colorful LEDs from any computer or mobile! It includes a rechargeable, long-lasting, pocket-sized battery, a tiny microcontroller with Bluetooth LE, a real-time clock, and 24 smart, multi-colored (RGB) LEDs.

To be honest, we didn't design the Pulsar with a specific use in mind. We simply wanted a way to include multi-colored lights in our projects without too much hassle, and be able to control them wirelessly.

To give you a taste for what we've built so far, here are a few examples:

From Comic-Con to Maker Faire, the Pulsar allows us to build costumes of varying degrees of complexity. An Iron Man t-shirt works great when you're in a pinch for a costume party! 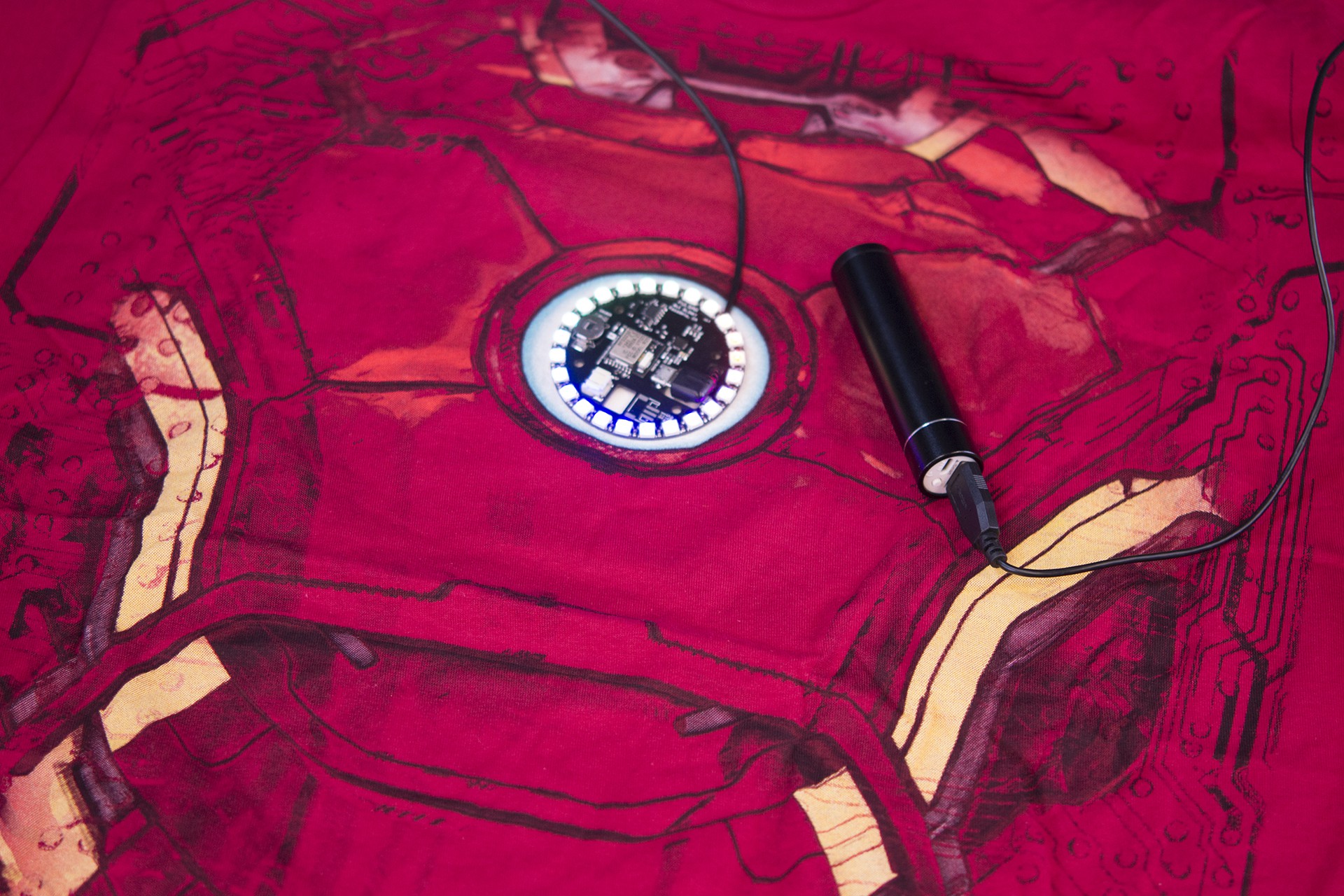 The Pulsar also makes a great addition to our 3d-printed repulsor arm! Check out the CAD model files courtesy of our neighbors at @Deezmaker!

In collaboration with the creator of ISS Above (@Liam Kennedy), we developed custom firmware so that the Pulsar would display a countdown until the next pass of the ISS using beautiful LED animations! 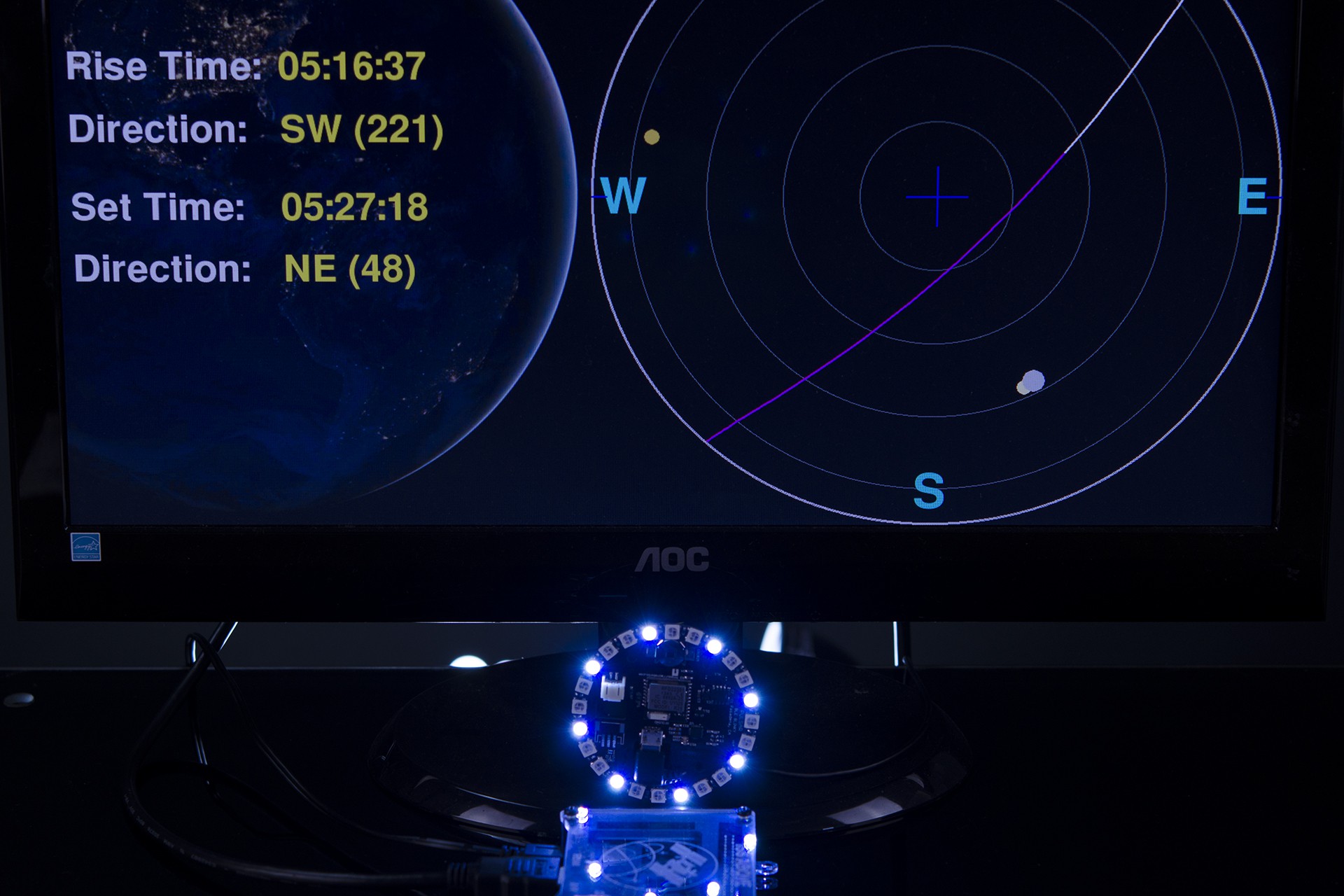 The data are loaded wirelessly onto the Pulsar from a Raspberry Pi equipped with a USB Bluetooth LED adapter!

In collaboration with our awesome neighbors over at @Deezmaker 3D-Printers we developed a 3d-printed night lamp that can be programmed as a soundless alarm clock from any bluetooth-capable device! 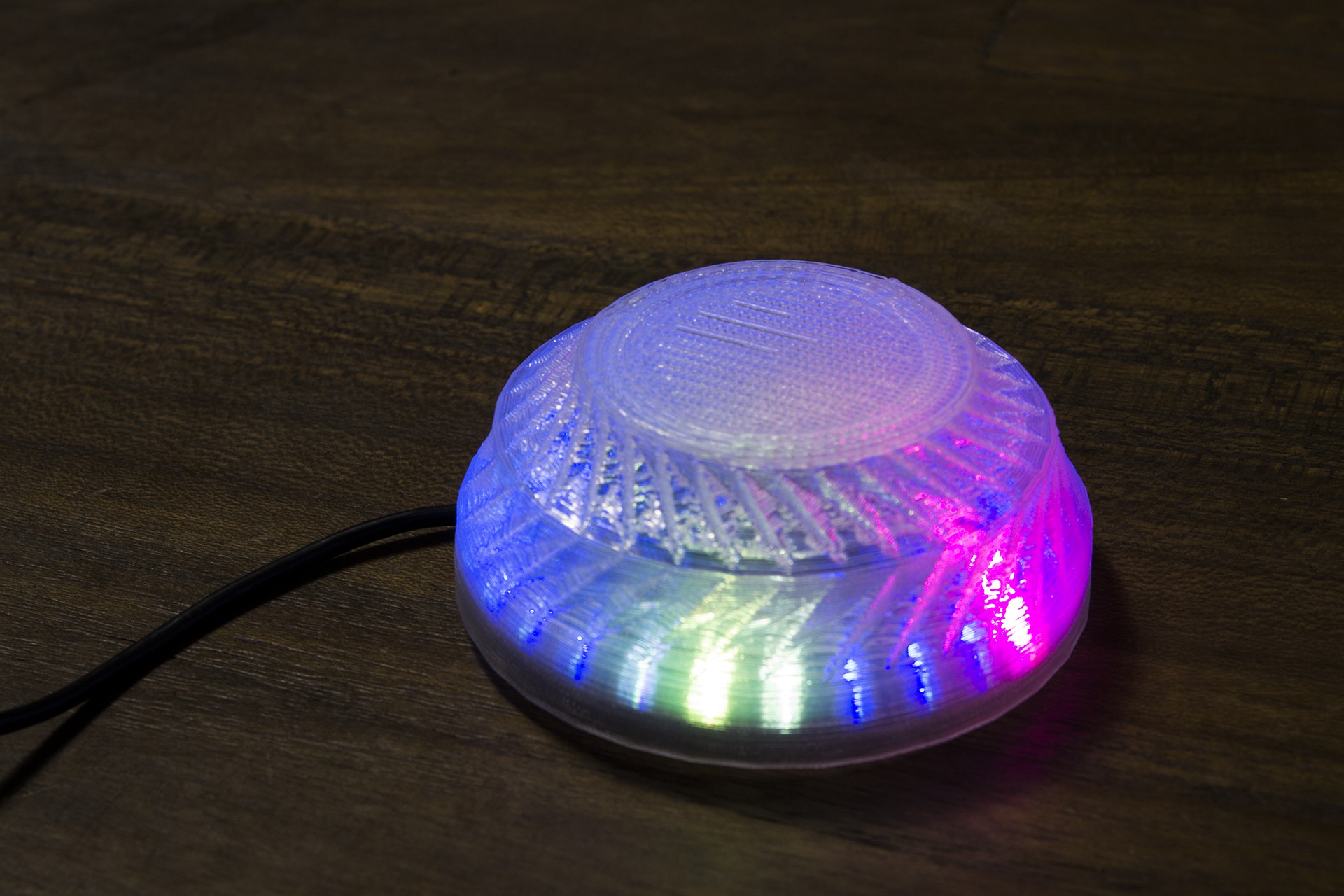 Thanks for the suggestion!

Reminds me of my hackaday  prize project last year.

I made a 3d printed sign for a friend's youtube channel. It has some addressable leds and it's controlled with an attiny85
Project Owner Contributor