It's been quite a while ago, when I needed a high-voltage divider for feedback of an audio amp with some 10 kV at the output. That is, the divider must have no phase lag and a flat frequency response up to at least 20 KHz.

One would probably say, one just needs a bunch of resistors, right? No, not so fast! The problem is because of the high resistances involved. The capacitive coupling gave quite huge signal output at high voltages. Moreover, in an unshielded design, the capacitive coupling depends on how the probe is attached to a great extent, so merely placing a capacitor across the output doesn't really fix the problem.

Why not just put a metal shield around the whole thing? There comes another problem, described in an EEVBlog video, that in a string of resistors the parasitic capacitance between resistor joints and the shield creates a long chain of RC low-pass filters, which ruins the bandwidth.
So here it comes..

This project is a subproject of #Ion wind loudspeaker experiments

Chain of resistors is long; yet, a capacitor should be reasonably short, otherwise I would have to make the plates huge. So, I decided to coil the chain of resistors. On the photo, the final layout of the divider before placing into a shield, is shown. 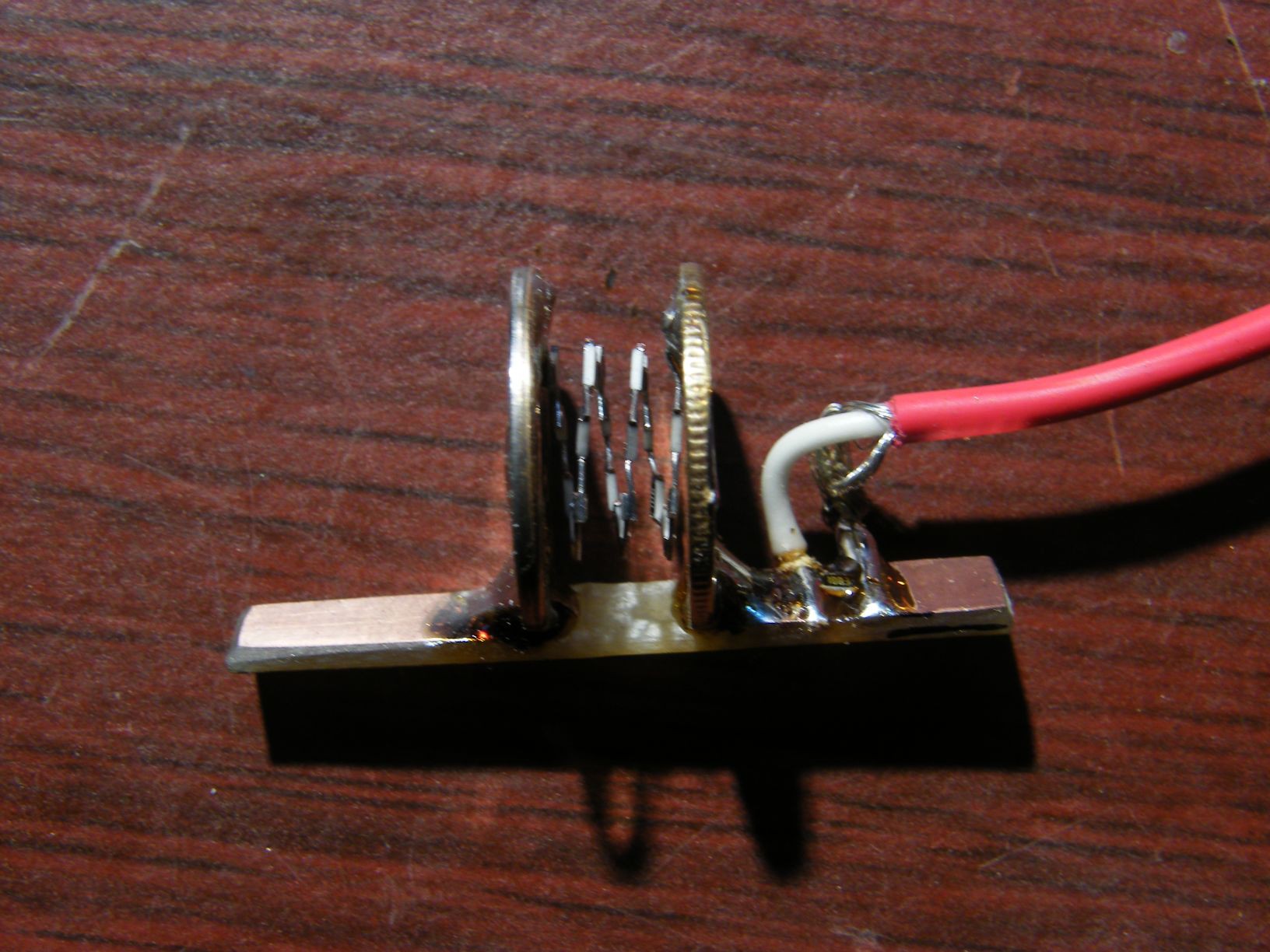 Coaxial wire is soldered to the 100k resistor. The chain of 20 10M resistors (0805) is coiled between the plates of a flat capacitor formed by two coins. Compensation capacitor is to be connected later, at the other end of the coax cable.

Then, I used a metal cup as a shield, and potted everything with hot snot (thermal glue)

Results are quite awesome. But unfortunately, it was so long ago, I can't remember the frequency of the square wave that was used for testing (I suspect is was about 10kHz) 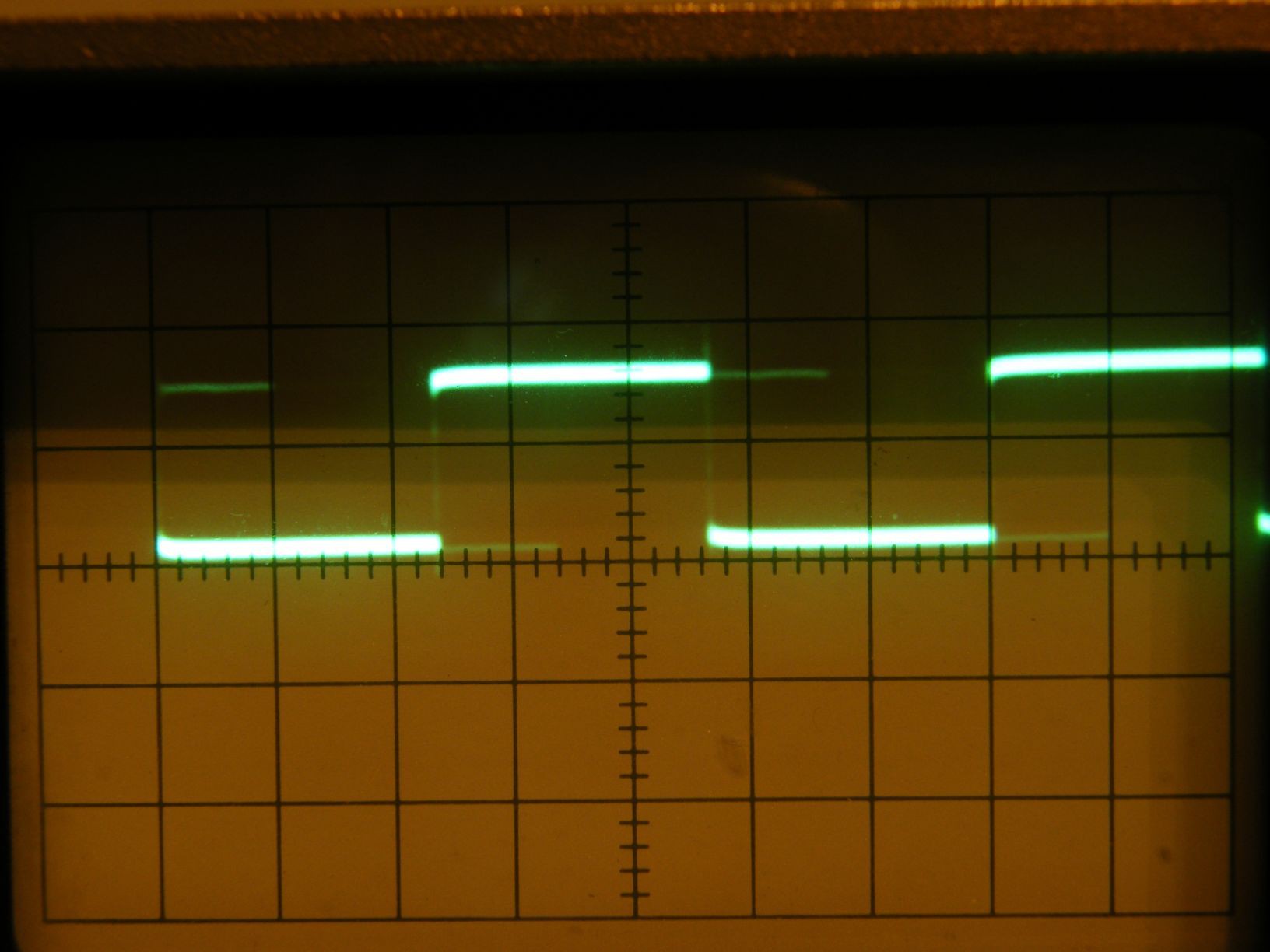 In the end, I got a working amplifier for my ionic sound experiments =)

Sorry, not much confidence here.

Bandwidth: I think it should be no less than 1 MHz. But I didn't measure it properly.

The main enemy here is heat. My intuition tells me that it should work as long as the power dissipation on the resistor chain is below about 1 watt. This is where 14 kV figure came from.

What can happen due to heating?

Next, the glue will start bubbling near the resistors. That IS a problem, it can lead to internal arcing and destroy everything.

Next, solder will melt, and the resistor chain will fall apart. The place where it snaps first will suffer arcing, which may eventually kill all the insulator. Although it may end up ceasing to function at DC, but still working well at AC thanks to capacitive part of the divider.

I did try applying 40 kV to it briefly. All I got was a huge spark from the probe to the shield across the air. Thermal glue is doing good as an insulator ;-) .

Hmm… I need a high-voltage probe (that goes higher in voltage than the Tektronix one Protospace has). This looks like a good one to build :)

Yet Another MW Radio - The Audion