We consider Energy a a Common. We're commited to build the "Internets of Energy".

DAISEE has the ambition to bring energy door-to-door, like the internets have brought information (and so much more) at our doorstep, either from a centralised system or just from your neighbour. We want to foster resilient decentralised, secured and trusted energy infrastructures giving the power to the "prosumers" to freely decide how to share energy. 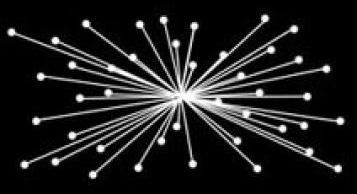 Up today, the easiest way to provide fairly important amounts of energy to a relatively big amount of people was to build big power plants (from coal to nuclear also using gas and hydropower) with heavy infrastructures (big pipes that go through the territories and more little pipes that go from the substations to homes). Such a system is relying on low-cost and abundant non-renewable resources.

With the increase of both local and global energy consumption, resources (very fast) depletion, climate change and... renewable energy costs plummeting, the system has started to evolve... So, more and more it looks like pretty much like that: 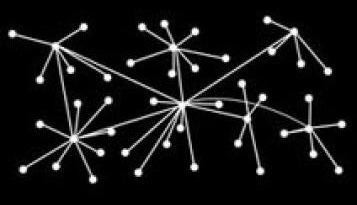 A more decentralized organization relying on diffuse renewable resources. This means that production points are more local and close to consumption points.

However, such a system is based on existing infrastructures and local electricity producers are usually not the owners of the produced good (electricity) since they are constrains by regulatory laws making it compulsory either to sell the electricity to another bigger producer or a dispatcher, or to consume its own electricity.

There are mainly 4 problems:

The are then 4 big issues levels:

The solution that is proposed here to solve those problems is to experiment and move towards a (more) DISTRIBUTED energy systems organization, like that: 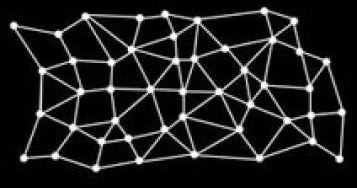 Like the internets we strongly believe that DISTRIBUTED energy systems will help to develop DECENTRALIZED AUTONOMOUS energy ORGANIZATIONS, thus providing strong and resilient answers to the here-above mentioned challenges.

What are the challenges to solve the problem?

We could access to meaningful and secured energy consumption and production data with monitoring systems like Open Energy Monitor with embedded installed Ethereum (light) clients to record energy flows on a distributed ledger ("blockchain"). This gives the opportunity to secure and validate data and to access "pseudonymous" consumption and production energy data to facilitate transactions.

Relying on peer-to-peer energy transaction through micro-grid at the local level makes it possible to significantly reduce energy losses in the grid since electricity does not have to cross the country to reach the consumption point.


Locally distributed energy systems that are interconnected one to another make it possible to take full advantage of diffuse local resources (sun, wind, hydro, electro-chemical electricity production - from plants and bacteria...) while strengthening the resilience of the system, since what's produced locally is locally consumed.

Consumers are part of the equation, if not the central and main actor while talking about energy. A distributed system makes it possible to switch from pure consumer to "prosumers", giving a way...

Just discovered your project. Very cool!! Here in the US, most of the power meters transmit their power usage at 900MHz, every minute. Searching "RTL-SDR smart meter" has posts of linux ways to decode with RTL-SDR. I think maybe CC1101 chips can decode too. My thing is running Geth, full node, on wifi routers with OpenWrt. You can run RTL-SDR programs on them too. It's another way to grab & post energy usage to the blockchain. But Proof of Authority is the best way

Long time not post ... but we were busy working on both the next version of the prototype given the
inherent technological and technical limitations of the V1 prototype,
and finding a concrete field experiment to test and iterate on the
various level of the DAISEE project. On the first step we're on track of
building the next prototype version (documentation to come soon on the
2017 hackaday prize entry; on the second step we have now a field
experiment building up in the south of France and another on track in
Villeurbanne near Lyon in France.
We're also back in the hackaday prize race in 2017 on the "Internet of Usefull thing" challenge: https://hackaday.io/prize/details#two with this entry: https://hackaday.io/project/21954-daisee-buiding-the-internets-of-energy

You can then carry on following our development on the previously shared entry.

By the way, we kindly invite you there: http://daisee.org as well as here: http://chat.daisee.org to chat on the various aspects of the project.

Hope to reading you soon,

Congratulations on this great project !!!

Is very related to my non-profit association - "solardifusio" from Catalonia

I encourage you to continue with this project

Thanks a lot for sharing :) we'll contact them in order to share and see what are the potential synergies.

We hope you've liked following us. We'll be continuing exploring, investigate, experiment and develop within the DAISEE program around the energy distributed systems.

We've finished uploading our last log for this run, final instructions have been updated and the video is online !

We've also added some of the components we used as well as documents (papers) and a video of the context and the space we're building this DAISEE program.

We've got all the necessary bricks for it to work and a prototype!

[Instructions have been added]

Some instructions about "how to install Ethereum blockchain nodes on Raspeberry PI" and about the "CitizenWatt Energy monitor" can be found : https://hackaday.io/project/10879/instructions

Please note that we've got trouble to make the CitizenWatt Energy Monitor work! If by any chance you've got some answers, we'll be more than happy to test. Do not hesitate to refer to the specific instruction process.

Hope to hear from you...

Some more updates to come into instructions and logs!

Hi everyone. Jim from Sensorica here, a open source hardware/software/blockchain development community. I  am taking a look at the project to see where I can jump in.

Tried to join but my location being Quebec, Canada forbids me from joining the project. I can lie but don't want to disqualify the rest of the team. We have *special* prize laws that are controlled by the state and everyone avoids the necessary red tape of sending a prize to citizens from our province by banning participation. :P

Hi Jim... thanks a lot for leaving a comment and getting in touch with us. Glad to here from Sensorica. Do not hesitate if you have any questions. We can quite easily set an e-meeting to talk about the DAISEE program, the work done so far and where we're heading towards... Looking forward to hearing from you.

I've juste read the latter post. I'll send you all the necessary information about the project (if @Nicolas Loubet hasn't done it yet) and we can set an e-metting to talk about it and see how it would be possible to cross-develop the projet with the Sensorica community as well :-)

[New log... we've been busy working, there are new logs to come]

Few weeks ago we were at the blockfest to prototype the first bricks of DAISEE.

The story, production and documentation are all here: https://hackaday.io/project/10879-internets-of-energy-call-me-daisee/log/43278-daisee-06-blockfest in the last log.

We would love to have your feedbacks...

By the way: we've got some trouble with the CitizenWatt set-up... details to come and help is welcome

Those past few days we've set an DAISEECamp here in Lyon to push forward the project. Outcomes are coming in logs and instructions.
Few tips about where we stand:
- still some debugging for the CitizenWatt sensor to work with Raspberry Pi 3 (works well with Raspberry Pi 1);
- Making a Raspberry Pi a Ehtereum node it's OK but for the moment we've got troubles to make the node mine (which is necessary if we want the node to validate and transmit the transaction to the other nodes). For the moment we are on a Proof of Work basis (that's the issue) and we'd like to investigate further the Proof of Stake.
Documentation, instruction and logs are coming by the end of the day.
Keep logged in ;-)

Why Mission to Mars ?

Basically, SpaceX aims at sending people on Mars and we'll be needing to build the energy infrastructure on Mars in a way that is more sustainable and resilient than on Earth.

More over, Tesla is building the future of energy storage infrastructure and energy distribution network complementing the "well-known" "conventional" grid or micro-grid.

Then we think that, given the conditions on Mars and the necessity for energy production and distribution, DAISEE could be the future of the energy infrastructure on Mars.

- solar energy (about 50% of the earth's solar irradiation)

- nuclear fission/fusion since there are nuclear fuel on Mars

Basics about Mars for grid infrastructure:

What's you thoughts about the feasibility and technical constrains on Mars to build this infrastructure ? You might have some ideas about how to work it out ?

We thought about this Mars project because it makes it possible to really think out of the box the potential application of DAISEE in a both new and known environment: new since it put some more constrains that we are not used to deal with, known because Mars is a planet with limited ressources as we know it on Earth. Thinking and building DAISEE on Mars, enables to think about innovative ways to distribute and exchange energy.

We would be glad to heard about your thoughts.

You probably want to look at VOLTTRON, http://energy.gov/eere/buildings/volttron which is built to do exactly what you're interested in - allow different parties on the grid to transact energy with each-other, securely.  It's open source, https://github.com/VOLTTRON/volttron/wiki and runs on a variety of hardware. I think the only major element of your idea not built in is the blockchain, and as you've noted, this blockchain-for-energy idea has been implemented elsewhere.

Hi Cody and thanks a lot for your message.

What Voltron is doing is interesting indeed. We'll dive into the github repo to see how we can manage to take part to this repo and enhance it with the blockchain part. The idea is to not restart from zero and build over open-source elements with open-source elements.

We've noticed that the blockcahin-for-energy idea has been tested and is on the go elsewhere with the Brooklyon MicroGrid specifically. We're interested in going deper in the understanding of their work. However, I'd stay cautious on announcing effect and I'm waiting for discussing with the team.

Moreover, peer-to-peer energy project are not new and with the blockchain lots fo project around it are emerging, it's really interesting and we look forward to working with other projects. We're a community base project and initiative, and favoring ecosystem collaboration for enhanced innovation... would you be interesting to discuss it further ?

Nice theoretical though. I like the idea. I am looking for something like that smart home/smart grid.  Home power delegation (delestage).

But, the hell of security risks. You need to use quite a communication protocole.

Hi. Indeed... First we hope that we will be able to directly push consumption and production data from sensors on the blockchain limiting the intermediary data transfer. Second, it will definitely necessitate to dive into communication protocol. Last, but not least, time to go hard :-) concrete... theory is nice indeed practice is a hell of another matter! We're starting let's see what it will look like ;-) We'd love to carry on the discussion on security if you've got some time and to know your thoughts on it. Looking forward keeping exchanging with you!

DAISEE - Buiding the Internets of Energy