A mostly hardware based solution suitable for micro controllers and other small systems.

The light weight Audio and Speech Recognition system. It is just that, a hardware based solution that with the use of a small micro-controller can perform some of the heavy lifting.

When you fire up a spectrum analyzer and look at various audio frequencies you will see that some peeks are higher than others for a given sound. These peeks are what I will call an audio signature. The question is, how much "resolution" do you really need to differentiate one audio signature from another?

That is where this system comes in, by utilizing a commonly available part, namely a graphic equalizer chip found in stereos, we can take a sample of the audio (FFT) spectrum at set intervals. This snapshot can then be compared to known values such as phonemes with the use of a small micro controller and a look up table. That controller can then act upon this signature by either performing the task itself or relaying that information to another system.

NOTE: I know this can be done easily in other ways, and in fact the project that brought this up has a pi 3 on board, more than enough power to do audio recognition on its own. This is a more "can I do it this way.. ?" project :)

The novelty of this approach is the use of the spectrum analyzer IC commonly used in graphic equalizer circuits found in your common stereo. The chip I will be using for initial testing of the concept is the MSGEQ7. This particular IC will find the peaks for 7 bands, then output those as an analog signal every “clock tick”, sequentially stepping through the bands. That analog voltage is then sensed by the micro-controller and decoded. By using this chip, the micro does not need to do the heavy lifting of performing a FFT function. It simply needs to compare the values to a set lookup table inside the controller. To account for volume differences, peaks will be converted to their lowest ratios. These ratios are then compared to the tables, taking into account a margin of error.

A couple examples of an audio spectrum for two sounds.

The first is me whistling. 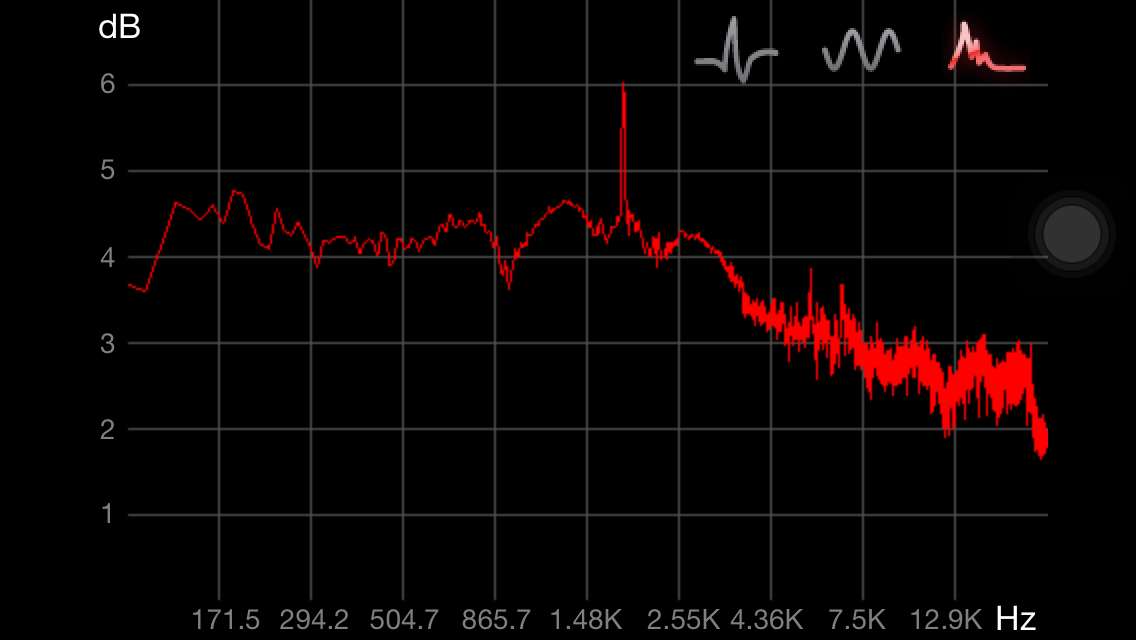 The next two are snapshots of me saying different words. 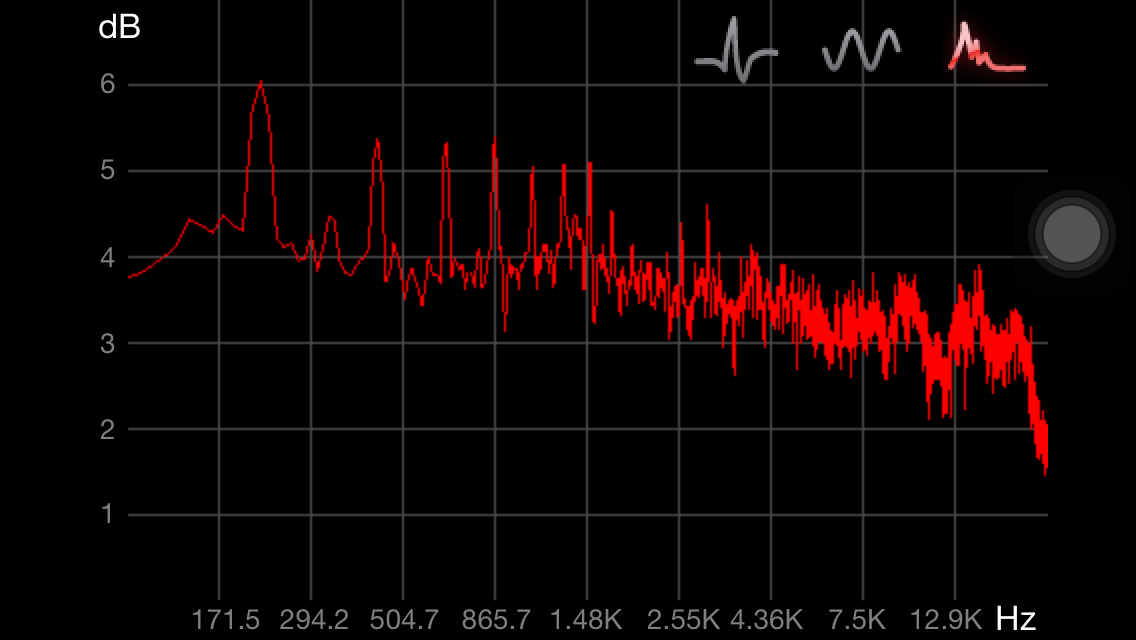 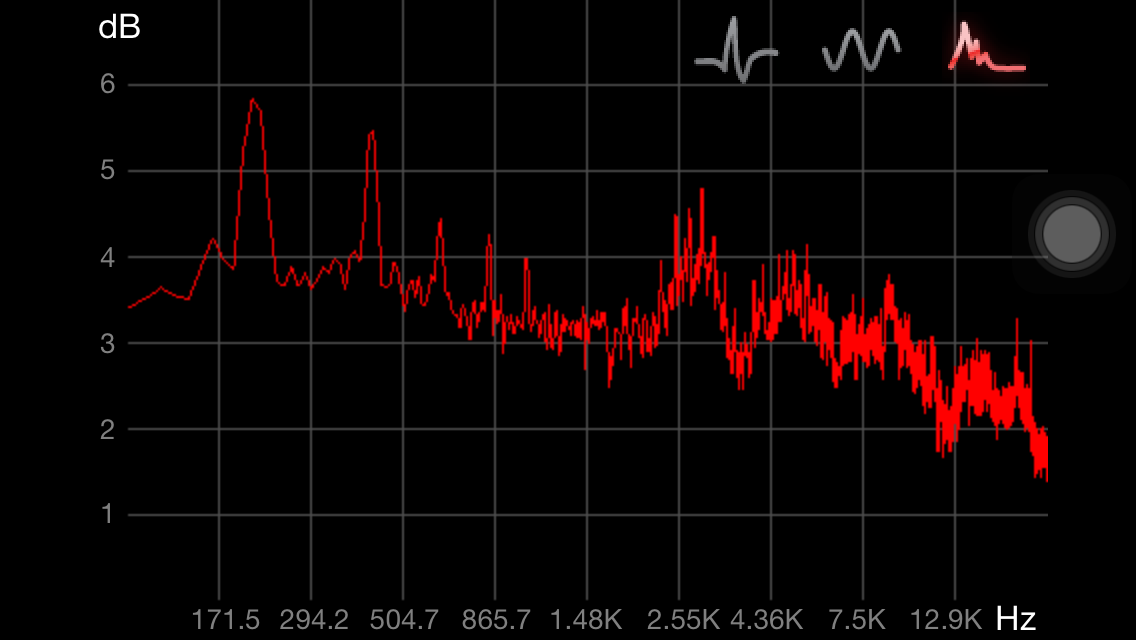 The Microchip Pic16F1459 that I am using includes a 10 bit analog to digital converter. By reading each of the 7 analog signals we can think of the whole thing as a two dimensional array of seven bands, each containing a voltage value.

Frequency Response of the MSGEQ7:

The resulting numbers are a simplified visual of the full spectrum, such as those seen above.

We then convert these 7 values to their lowest common ratio before utilizing the look up table.

This gives you a huge variety of signatures from which to choose. In the initial design the goal is to be able to recognize common words and outputting the phonemes via USB to the host system.


This project came about as a component in P.A.L, ( https://hackaday.io/project/12383-pal-self-programming-ai-robot) . From comments and questions, I have noticed that people have a hard time separating the various parts of the project. So much goes into designing and building an autonomous robot from scratch that I feel the best solution will be to break out each of the major systems into smaller project chunks for easier digestion.

This work is licensed under a Creative Commons Attribution-NonCommercial 3.0 United States License.

Sensory and then a few other companies had VR happening on DSPs and 16-bit MCUs back around 2000. The drawback was that they were pretty sensitive to noise and they didn't have a wide range of matching on a trained word. The best responses were when the known word list was short, within 5-10 words, and for each to have some unique features that allowed it to be different enough from the others on the list.

Just curious, did you make any progress on this?  Still interested?

Have not lost interest, just in the middle of moving to a new home. :)

There's a thread over on Arduino's forum where someone claims to have Matlab code which matches sequences of FFTs to templates for words.  So far, no code or algorithm details shared....

I love the idea, but doubt the implementation. Seven bands will not give you anywhere near enough resolution for distinguishing phonemes, I think. Please prove me wrong. If you can pull it off you deserve a prize.

Why not choose a microcontroller capable of quick FFT like the Teensy 3.2? You could even add the matching audio shield to handle things like microphone amplification and high resolution, fast sampling. I know it takes some of the fun out of hardware design, but you'll still have a huge software challenge left. Good luck.

BTW I am running real time FFT + sampling on my audio switch project using a lowly $0.44 STM030F4 ARM.  It actually doesn't need much horse power for that.

I will be using FFT for my Alarm Recognition project for 40Hz resolution in the 0-5kHz band.  I am more than happy to share code and hardware design.

Sure, right now though this is more of an experiment  to see if it can be done :)  I figured, why not try it and see what happens.  If nothing else, I learn something.  The project this is for actually has a pi3 on board, so it has enough power to do audio recognition on its own. ^^

Well, using an external analog filterbank *IS* a hack :-)