A high resolution Component, RGB or SCART adapter for MSX and Colecovision.

This is not a summary!

This board is designed to replace the PAL modulator in MSX computers and give you and RGB+sync or sync-on-green video output. Optionally, it can output component video too.

The reason is due to the way television detect the black-level of the signal, and the way the TMS9929A designers assumed their device would be used. This picture is from the datasheet. Figure 5-10 shows the Y channel's timing. The sync pulse is the first negative going pulse to the left. This synchronises the television to the incoming video signal. Immediately next to that is the 'back porch'. This is assumed to be at black level and the television samples this point for reference. 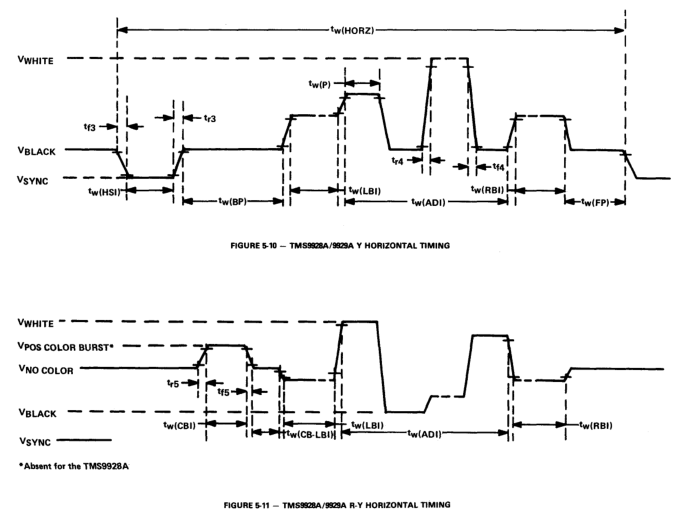 Figure 5-11 shows a pulse on the back porch for the R-Y and B-Y signals. This is intended to activate the colour burst on a PAL modulator. Unfortunately, if you connect this up to a component television, it will sample that point and treat it as the black level (or rather the 'no colour' level). Because it isn't black, there will be an offset error which causes the faulty colours.

The trick with my circuit is to suppress the colour burst pulse.

Interesting! Many thanks for sharing this project!

If I understand well the schematic diagram, what you are doing is to take the level of U signal during sync pulses as voltage reference Vref. Then, you remove the color burst pulses by replacing them with Vref.

This works indeed, assuming U and V are at the same DC offset. Otherwise, the things get complicated. If voltage level of U and V during sync differs, you will remove the color burst from U, but not from V. In V you will have the voltage of U during sync. Which is also a pulse. Bigger than the original one. Which causes heavy color distortions.

I tried this in my lab, and I can tell the DC offsets of U and V do not match necessarily. And my oscilloscope is showing the color burst removal fails for V.

This could be fixed by generating another Vref for V. But that requires one more 4066 switch, and all of them are already used. In addition, Vref is used to subtract in some op-amps. My understanding is that this is used only to keep the output voltage into the 5V-0V limits. But having a new Vref adds a new question: which one to use in the op-amps?

I would really appreciate a clarification. And again, many thanks for sharing this!

looks great, something for our new video board revision :)

but just a question about the replacement. how is your replacement board connected within MSX?
i suppose it is directly connected to the tms9929 output pins Y,R-Y,B-Y right before
the first output transistor stage (emitter follower). of course the 470 ohm output resistors have to be left in there. am i right?

and the last question, what is Vcc? is it the 12V msx voltage line?

Hi, does it also eliminate the negative colour burst pulse, or is that not an issue?  Cheers!

Here are to be some experiments with crt tv.
Project Owner Contributor

Messing around with b&w crt tv

Using a light gun to interact with a video synthesizer and produce sound.
Project Owner Contributor