Designing a claw for a claw game.

I was asked to design a claw for a friends arcade game, and I figured I would post my designs for documentations sake.

This claw was built for a arcade style claw game, and has undergone several revisions over the past few months to fit the design constraints of the game. The initial designs all started with a fixed base piece with a piston section that would move up, which in turn moved linkages that drove the claw arms. These designs varied but had the same principle.

These initial drawings show some early ideas of how to drive the claw, using a servo, and having a wedge style movement system to allow for variable tension on the claw. This idea was quickly abandon due to the lack of control offered by the rubber bands.

A rack and pinon sort of idea was allow tossed around but was dismissed to the complexity when compared to just using one small servo to drive the claw.

A leadscrew design was allow toyed with as it would allow extremely fine control of the claw and allow the mounting of the motor drive system elsewhere if a flex shaft was used to drive the leadscrew, but this was ruled out as being to expensive for the project.

This was the basic movement design that was settled on and that all the subsequent claws were based on. This design was too small and not designed for proper mounting of the driving servo. 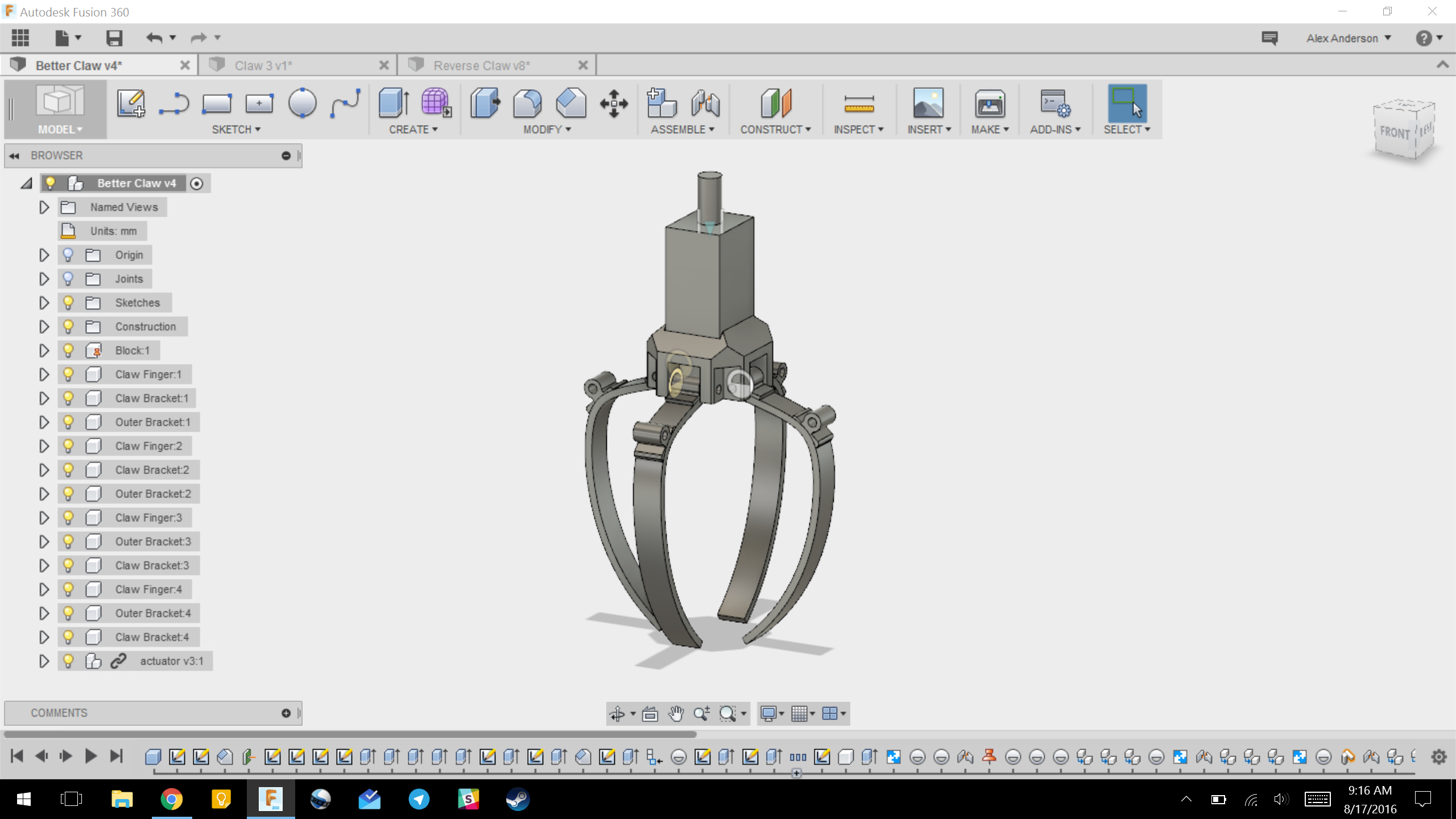 The small claw was redesigned to use an actuator instead (block on top of the claw) but the actuator didn't provide the desired style of motion for the project so the servo was again the choice for movement. This design was getting closer to the mark, but was going to be to much material (too many linkages that made it inefficient) as well as the mounting cables getting in the way as well as a rather ugly mounting system for the servo. 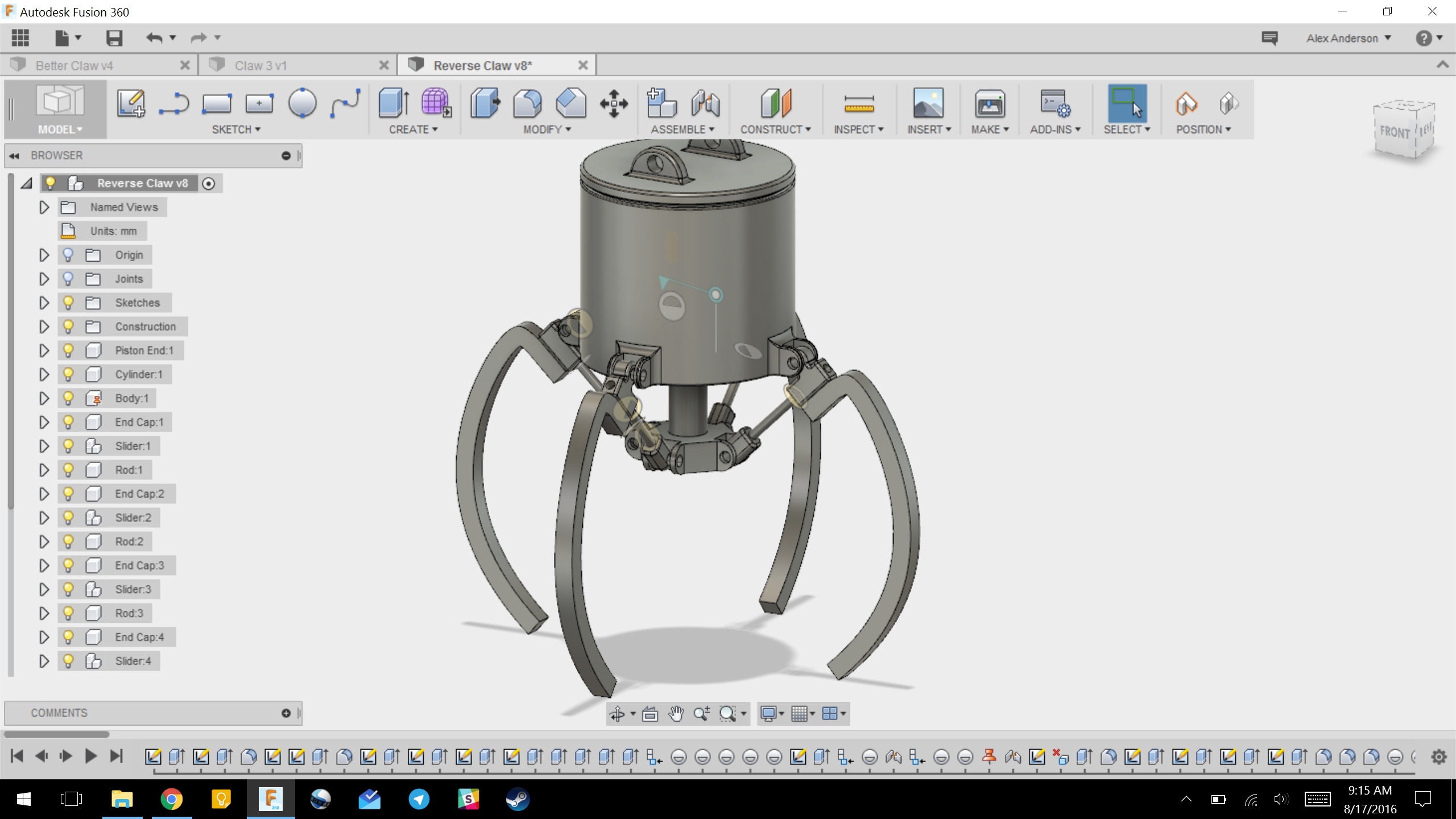 This is the final design. It is inspired by looking at an arcade machine I past a few days ago where the piston was driven downward rather than upward, allowing for easier mounting of cables and a more efficient and ascetically pleasing enclosure for the servo. The claws were also narrowed to allow for more arcade like performance.

More will be posted soon on the final build and operation.