Robot that finds and collects bottles to recycle them.

This project was done as a Master's degree semester project at EPFL in the Robotics and Autonomous Systems orientation. 5 teams of 3 people had to build a bottle recycling robot, this project won. Every single bit of information from the conception and design to mechanical parts and source code is available, published on GitHub.

We used a Raspberry Pi with an Arduino (clone) to control the mobile platform. The bottle recognition software is based on the Haar feature-based cascade classifier for object detection via OpenCV. The code on the Raspberry Pi is written in Python, it offered faster development time than C/C++, but with more overhead. This turned out to be useful as this robot won the competition just in the nick of time.

The documentation is super extensive as it was a requirement and every single detail from initial ideas to final parts and simulation files are all available.

The robot does obstacle avoidance until the camera sees and recognises a bottle, once a bottle is detected with the Python script running on the Raspberry Pi its position is forwarded to the Arduino board that hosts the main program in a state machine which passes to the next state: grab the bottle.

Once the bottle is grabbed the homing system is quite simple: it follows the direction towards the recycling area (corner of the map) using a compass and once it detects a wall (and not an obstacle) it follows it until it reaches the corner and releases the bottle. Repeat. 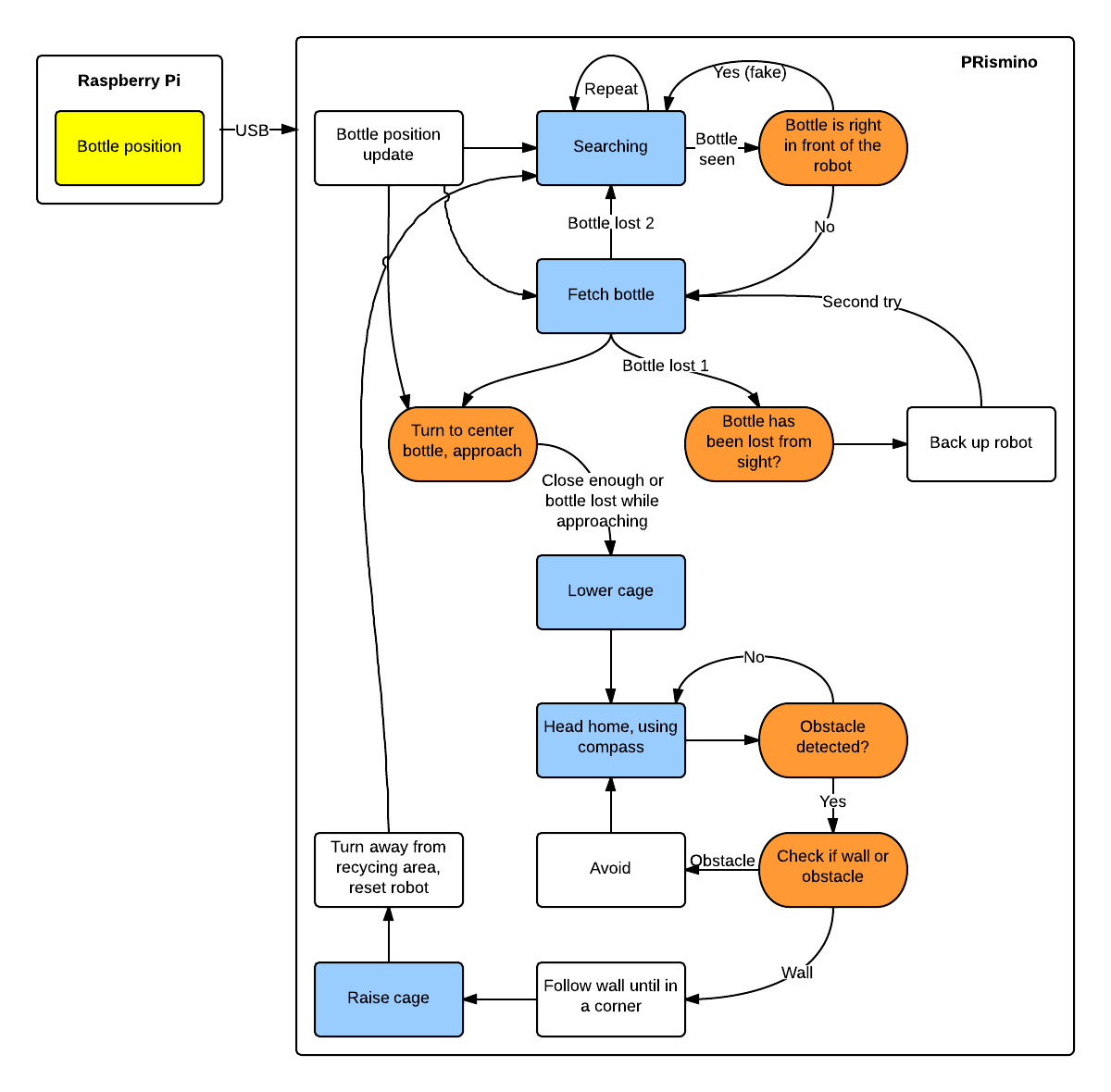 The compass sensor had a lot of trouble in its original position behind the camera, it turns out the metal bars in the floor of the building structure were influencing the compass values, mounting it higher up on a mast fixed that problem.

The full project report can be found here in pdf format: https://github.com/Nurgak/STI-competition/blob/master/Documents/Project%20report.pdf?raw=true

Adam Fabio wrote 06/23/2014 at 04:10 • point
We need more robots submitted to The Hackaday Prize! Thanks for adding this one. I love those Dago "Wild Thumper" robot chassis - too much fun. Do you have more video of the robot picking up bottles? (the project vid is great, but I'd love to see a bit more)

A tiny robot to give an interesting perspective with interacting with cats.
Project Owner Contributor