In this project, a wireless energy harvesting sensor network monitors key locations to ensure safety of users in need of assisted living.

In this project, a system will be proposed which is composed of a server and small
wireless energy-harvesting sensor modules, providing the user with safety in their own
home by monitoring key locations while at the same time not being invasive to the user’s
privacy. This is achieved through various passive sensors which gather just enough data
to make decisions about whether the user is in need of help.

To gather enough data, the following areas will be logged by sensors:
• Presence in bed
• Usage of toilet and water taps
• Usage of electric appliances, in particular ones that could pose a hazard

This is achieved with a Panasonic AMG8831 infrared grid array (presence detection), temperature sensors (water flow detection) and a custom inductive current sensor which will be described in detail here.

In this project, wireless energy-harvesting sensor nodes are developed on top of EnOcean STM3xx modules. The modules provide the energy-harvesting circuit, a battery, a solar cell and an 8051-compatible microcontroller.

The modules developed are:

Most of the technical details are in the project logs! 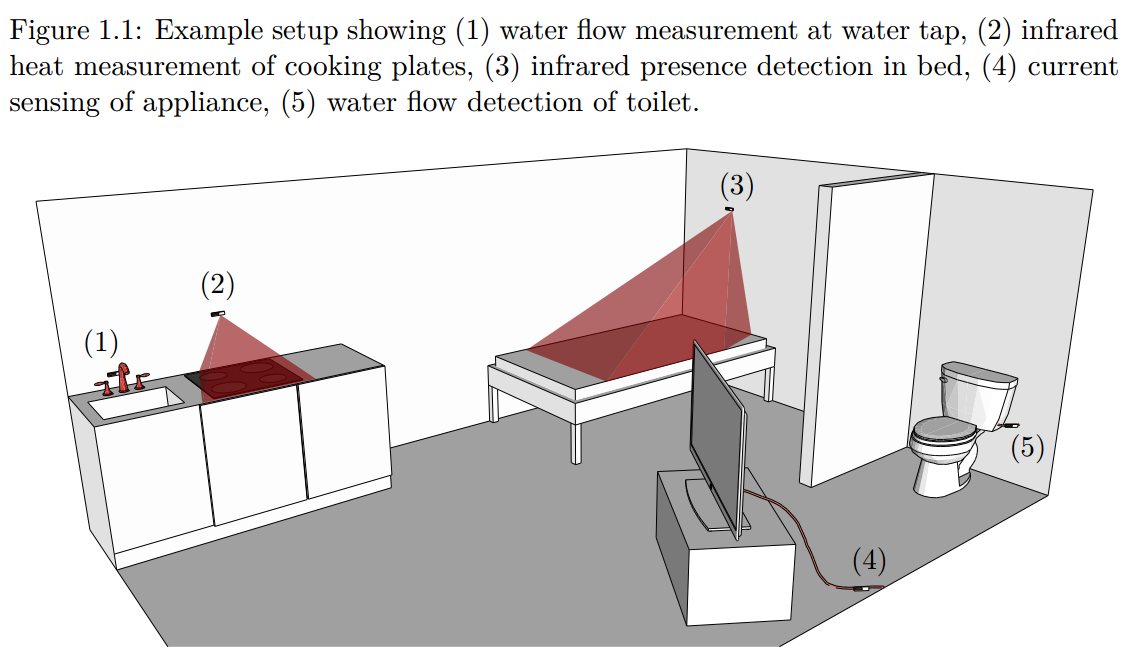 The picture above shows an example setup using the modules for monitoring presence as well as different devices. Using this data, the system can make decisions about whether the user is in need of help.

A big focus of this project is being non-invasive in 3 ways:

The sensors send their data to a EnOcean USB300 module connected to a small server, which processes the input and makes decisions. These decisions will largely depend on which devices the sensors monitor.

A more detailed view of the system setup can be seen below. 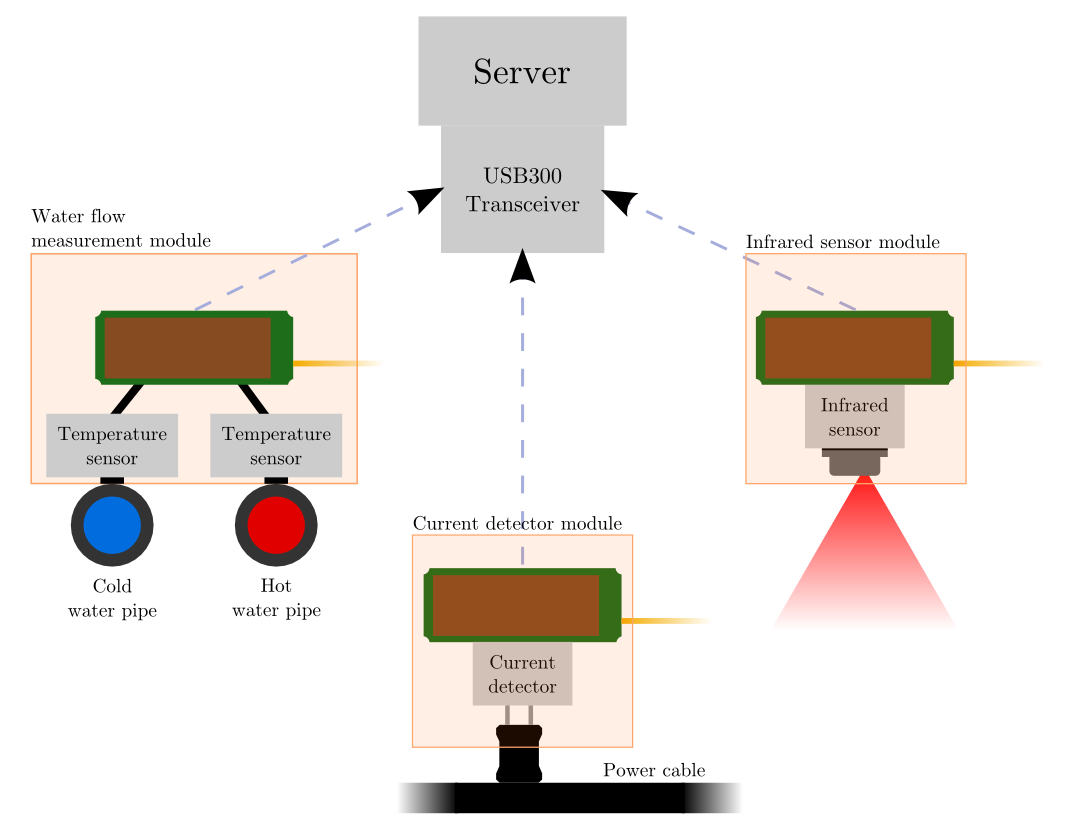 Evaluation of a ready-to-use Arduino-based device for wireless measurement of soil moisture, temperature and humidity over LORAWan
Project Owner Contributor