* NOTE TO THE READER *: Due to a text size limitation of the Hackaday. io site a few chapters have been moved to "Log files". In this case you have just to click on the link of the chapter's name to open a new tab and read it. 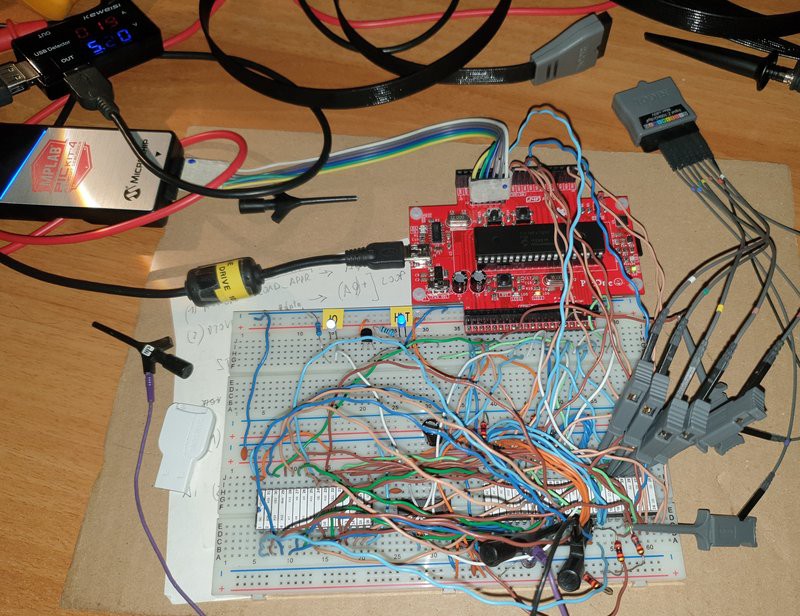 Of course nothing comes free, and the choice of a PIC18F47Q10 brings some complexities. The first is the need for an appropriate HW programmer to perform the flashing (however I've found a way to use a common Arduino Uno board as PIC programmer. See the paragraph "FLASHING THE FIRMWARE WITH AN ARDUINO UNO AS PROGRAMMER" below). The second is the constraint to use...

How about a version that would run OS9-68K?

Just build successfully the full version. You do a great job !

I understand I should probably use "stat" to do that but I am careful not to 'loose' the standard console and then lost control of the board if I do something wrong...

Thanks for the advice.
Regards. Philippe

Hi, not clear which configuration are you setting...

BTW: if you "loose" the console due to a wrong STAT, you can just press the reset button...

Re,
Just give a try. Works well ! I have made the test on the wrong port.

I would love to see a pure 16-bit z8002/z8004 version of the mbc2 platform. These are such great projects. Also wish they sold with a nice case!

Hi just4fun.
Is it possible to "relocate" the f83.68k bin? I did not find the sourcecode from it, unfortunataly.

Being a non-relocatable binary I have to say no.

Hi, I've analyzed the binary of F83.68K and it is a not-relocatable binary that wants start at absolute address 0x00500. But this address is inside the RAM area where CP/M-68K lives, so out from the TPA. The only way is to try to "re-generate" a new F83.68K that starts from an absolute address inside the TPA (TPA starts at 0x07A00 for the 68k-MBC).

We waiting for mobile version with fuzix ;)