How to create the best marriage proposal using a Nexus 5 phone, Google Cardboard Viewer and only about 50 of your closest family & friends

In late 2014 I decided I wanted to propose to my (then) girlfriend of 5 years, Maggie. Admittedly, a little flamboyant (some would say loud), I knew I wanted to go BIG! A designer & storyteller by trade, at the time I was obsessed with VR & Google's Cardboard VR viewer & the multitude of possibilities it offered to create new engaging stories using only a smartphone! After some research I felt I had everything I needed & started planning. Following close to 6 months of development+coordination+outreach I was finally ready. On March 8th, 2015 with the help of about 50 close family & friends, Mariachis & some very generous corporate sponsors I proposed to Maggie in the place we first met using a Nexus 5 smartphone and Google Cardboard VR viewer! This is my hackaday.io project page detailing my proposal to my wife.

To start I needed to decide on my target hardware and software. As a huge Google nerd, without a ton of money to blow on a expensive one off VR experience, I immediately fell in love with Google's democratic and decidedly "Googley" approach to VR, called 'Cardboard' - an inexpensive and low-fi technology for the masses literally made out of cardboard that anyone with a smartphone can use! After a little research and tinkering around, I found I could create the VR marriage proposal experience I wanted using only my phone! Using my existing Android phone (a Google Nexus 5), the phone's pre-installed Android Camera app and a $10 Google Cardboard viewer, I had everything I needed! I was off to the races! 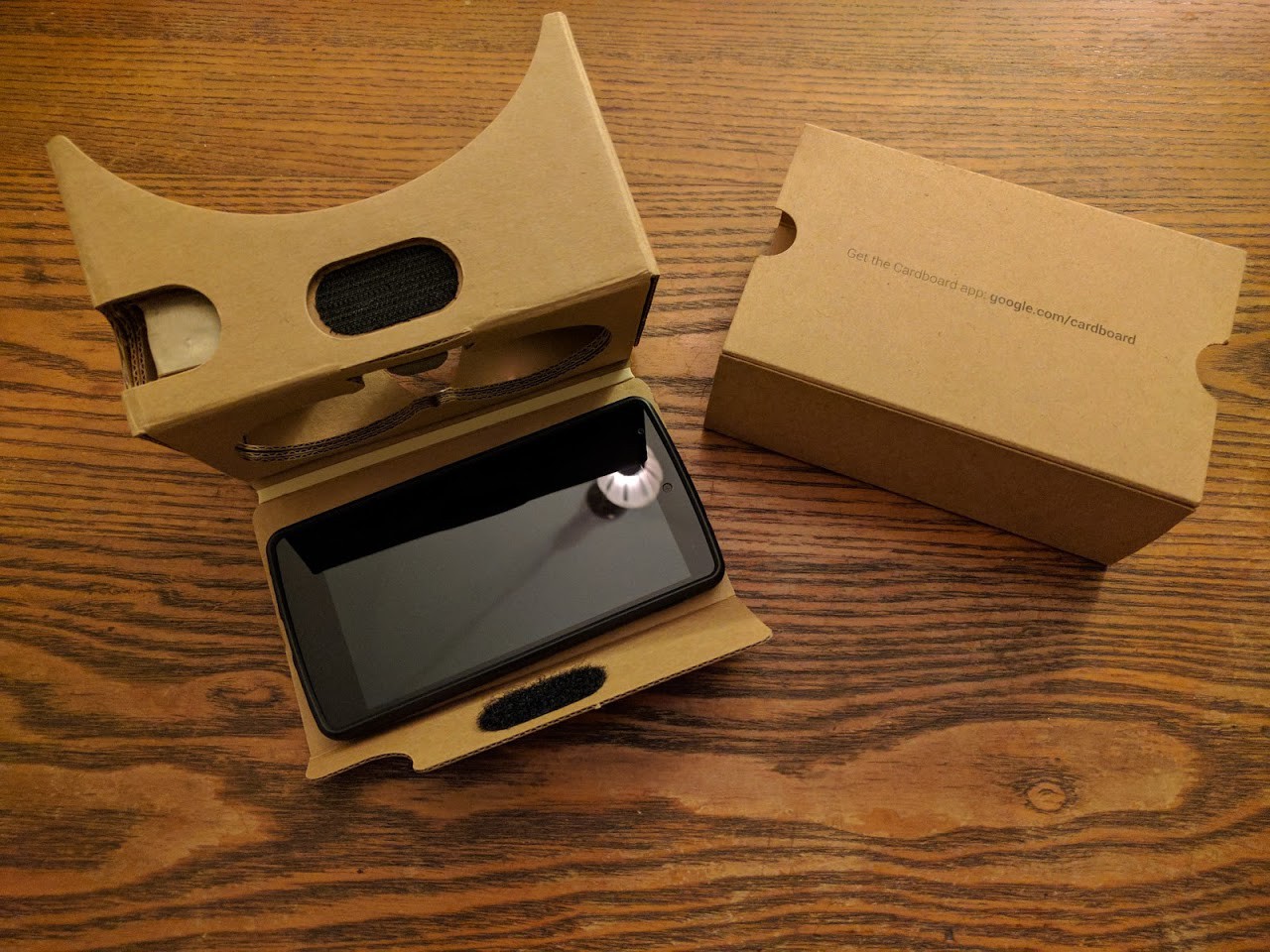 With everything decided on the hardware and software side, I next needed to test the limits of my hardware. At the time, it was still the pre wild WILD west of VR, and widely known issues like stitching artifacts and the inability to take high contrast photospheres weren't as widely known to enthusiasts like me, as they now are... Luckily I took my time and took a ton of photos in multiple environments and lighting situations to see what was and wasn't going to work. Most importantly I figured out that elements (like people and poles) within about 5 feet of the camera's lense look like SAW movie body part props floating in mid air if not photographed at a proper distance! A big problem if you're about to invite 40-50 of your closest family and friends and have them pose in and around a camera for a bunch of surprise VR photos in the grandest of grand gesture marriage proposals... 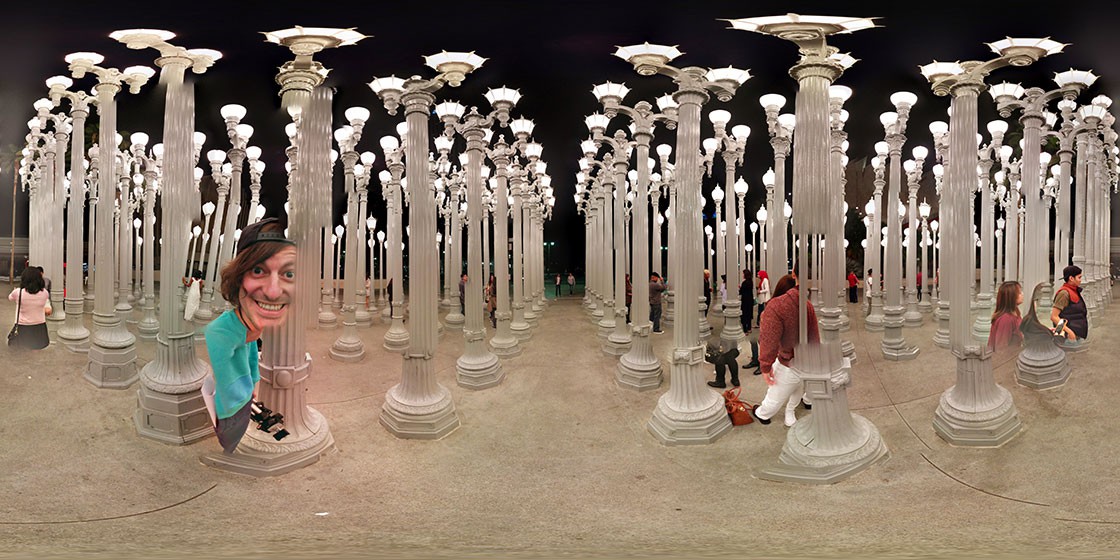 Once I felt comfortable with the technology I'd be using I then switched over to finalizing my concept. I was immediately struck with and fascinated by the implication of wearing a VR headset, and the separation of mind and body it created... I mean, you're mind and body are always one when awake, but the second you put a VR headset on your mind is transported to another place, while your body stays in place... What happens to your body and your surroundings while you're off on your mind adventure? What if I created a space within a space, and was able to directly create certain expectations tied to that virtual space that may or may not be happening in the environment she was just in (we'll just call it meat space)? Specifically, what if I was to put Maggie into a VR space representing the meat space she was just in, and I then inserted her Dad? What if I kept adding and piling on important family members and friends in that virtual space that weren't in meat space with her just a few minutes ago? What would happen to her sense of expectation if the VR space I created with the VR viewer actually came into her expectations of meat space at the end, or didn't? What if I could cram that VR space full of everyone she loved as she navigated it to the exact spot where we first met? What would her expectations be at the end of this experience as she unmasked, especially when she knows there's a proposal waiting for her at the end of it? How long could I keep her on the edge of expectation?!?

I know, heady stuff... TLDR: I could pull the best magic trick ever, and without having to invest the countless hours and hours a real magic trick like this would require!

More than anything I just really wanted to create a representative space within a space with everyone she loves around her holding signs to a jumbled message that only made sense at the end, and then have her take off the VR headset to see only me... until WHAM!!! Just kidding! They're ALL here, DANCE PARTAY!

LOOK: I see your judgey eyes... I'll have you know there was time when flash mobs were cool, and if we're being perfectly frank with each other, I still think they're cool! So now that's out in the open...

With what I thought...

Your wife is a Babe!

Thanks Alek, we're looking forward to pitching our residency project to you sometime next week, and hopefully getting a similar reaction! 😉

How I sent Rick Astley to 100,000 feet
Project Owner Contributor

The First Rickroll in Space

I'm nearsighted and my VR headset doesn't have a provision to correct for it. Wearing glasses inside a VR headset was an awful experience!
Project Owner Contributor