Turn your Raspberry Pi into a notifier device

This Project is about a small circuit board and custom Raspberry Pi case combination which allows you to turn your Raspberry Pi into a notifier device.

It all started with keiko-chan. I work in a company with some servers and the need to keep up with errors or any kind of emergency situation that might occur on said servers. And a product called keiko-chan (probably available in Japan only) was used to broadcast these server conditions to all the people concerned. You can see keiko-chan in all her glory in the second picture. keiko-chan works great. But there's one problem; The price tag. It is only after you pay $500 that you are able to enjoy the merits of server status broadcasting with rotating lights.

The thought of building a LAN alarm light system with a Raspberry Pi was rather quick to come. So we went for it and built the first prototype, then a new prototype and at last a SMD version.

Here's some video footage of the visual notify functionality:

And now some words on the usage of the Crystal Signal Pi. The Raspberry Pi is connected to the local Network with a static IP and is running as a web server (Apache).

Installing the middle ware - which will make the Raspberry Pi act as a notify device - is quite easy; Copying the 2 lines below into the command line of the Raspberry Pi will start up the installer script.

At this point a small clarification. We aren't actually selling the Signal Crystal Pi HAT outside of Japan as of yet. We just built it because we needed it in our company. This post is to get some input from the global hacker community. We are happy to read any kind of comment!

That being said, back to the usage of the Signal Crystal Pi: After running the installer script the device is ready to act as a notifier device. On any server/computer on the same network an alarm can be issued by sending a HTTP Get request with the alarm parameters encoded in it in the following fashion:

Entered as target address in any browser, the line above will result in a reddish blinking light output on the Crystal Signal Pi HAT. The alarm issuing can also be implemented on Linux machines on the same network by executing the following bash script upon error or any event which should be broadcasted.

the table below shows all the parameters and their usage.

There is also a control panel which is accessible via browser. Typing the Raspberry Pi's IP Address will bring it up. (It's Japanese only at this moment in time) 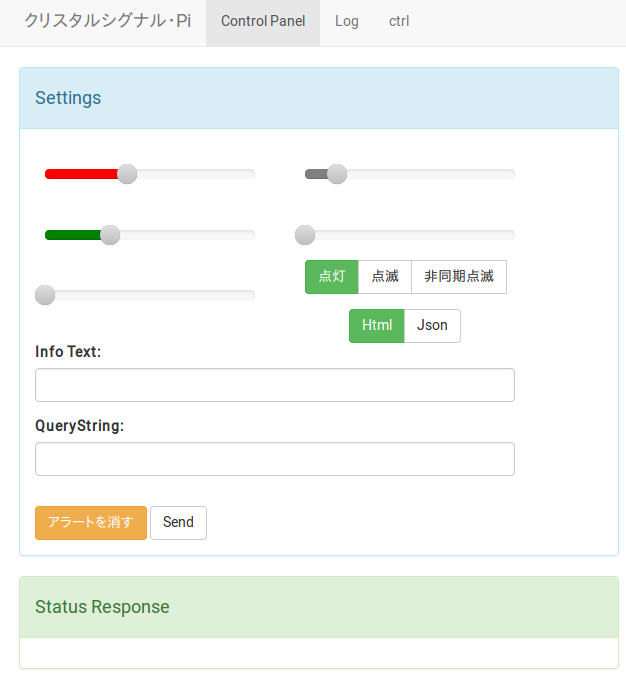 Here alerts can be created which leaves the user with the easy task of copying the created query string into a bash file or really any kind of environment. When the HTTP Get request created by the control panel gets executed the Raspberry Pi will queue the alert and notify you that somethings going on. Alerts than can be acknowledged/reset by the reset button on the Crystal Signal HAT.

Some pictures of the first prototype: 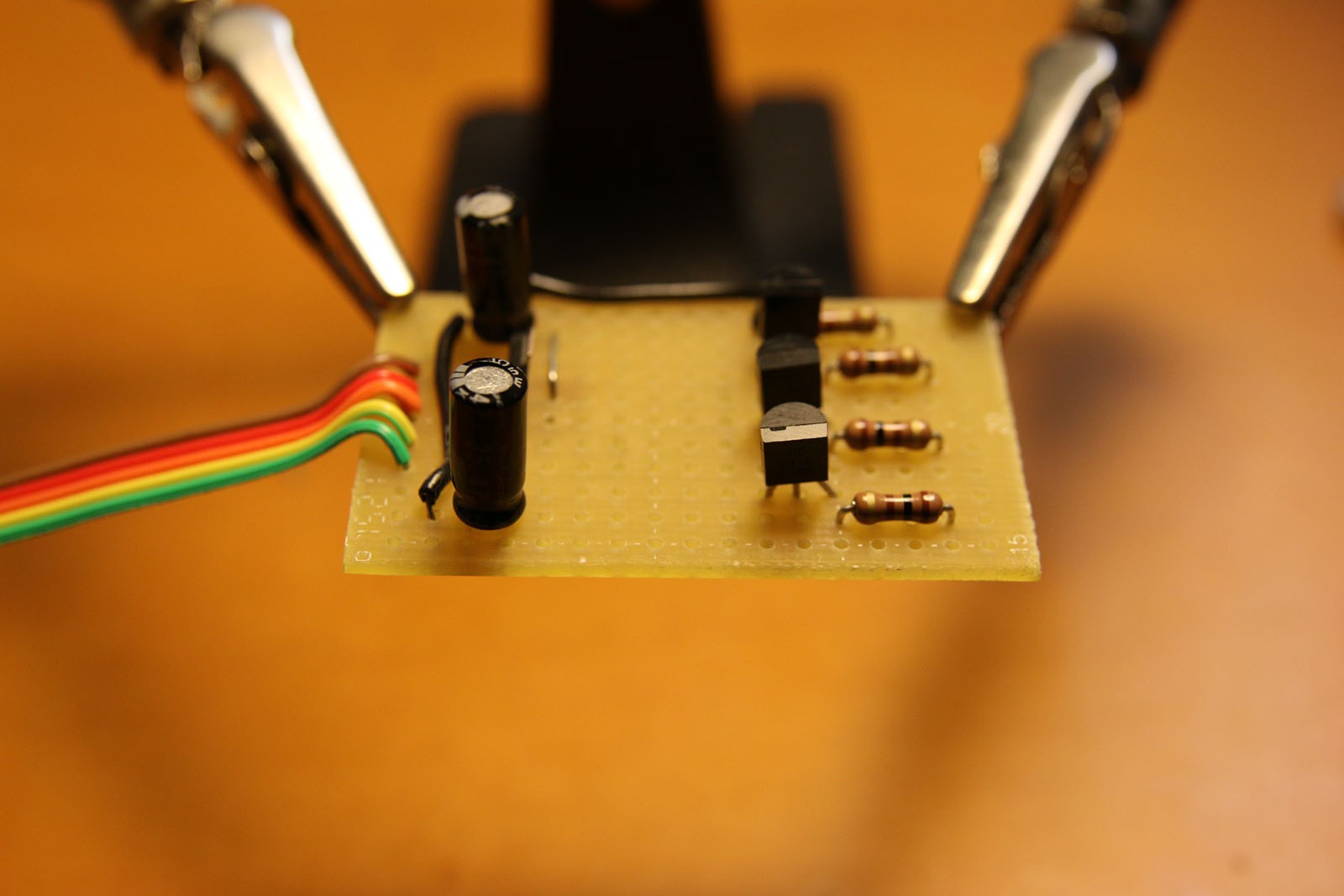 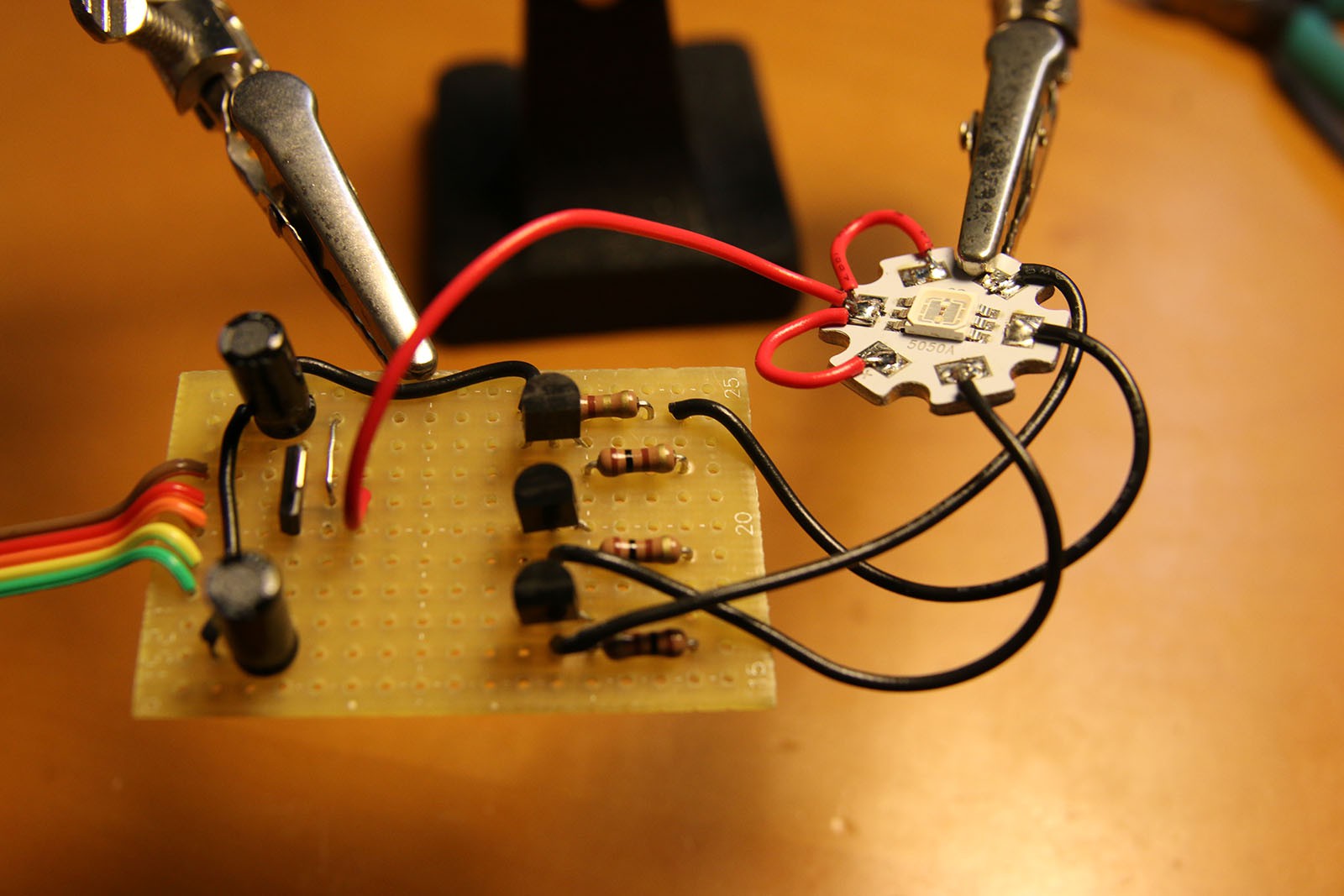 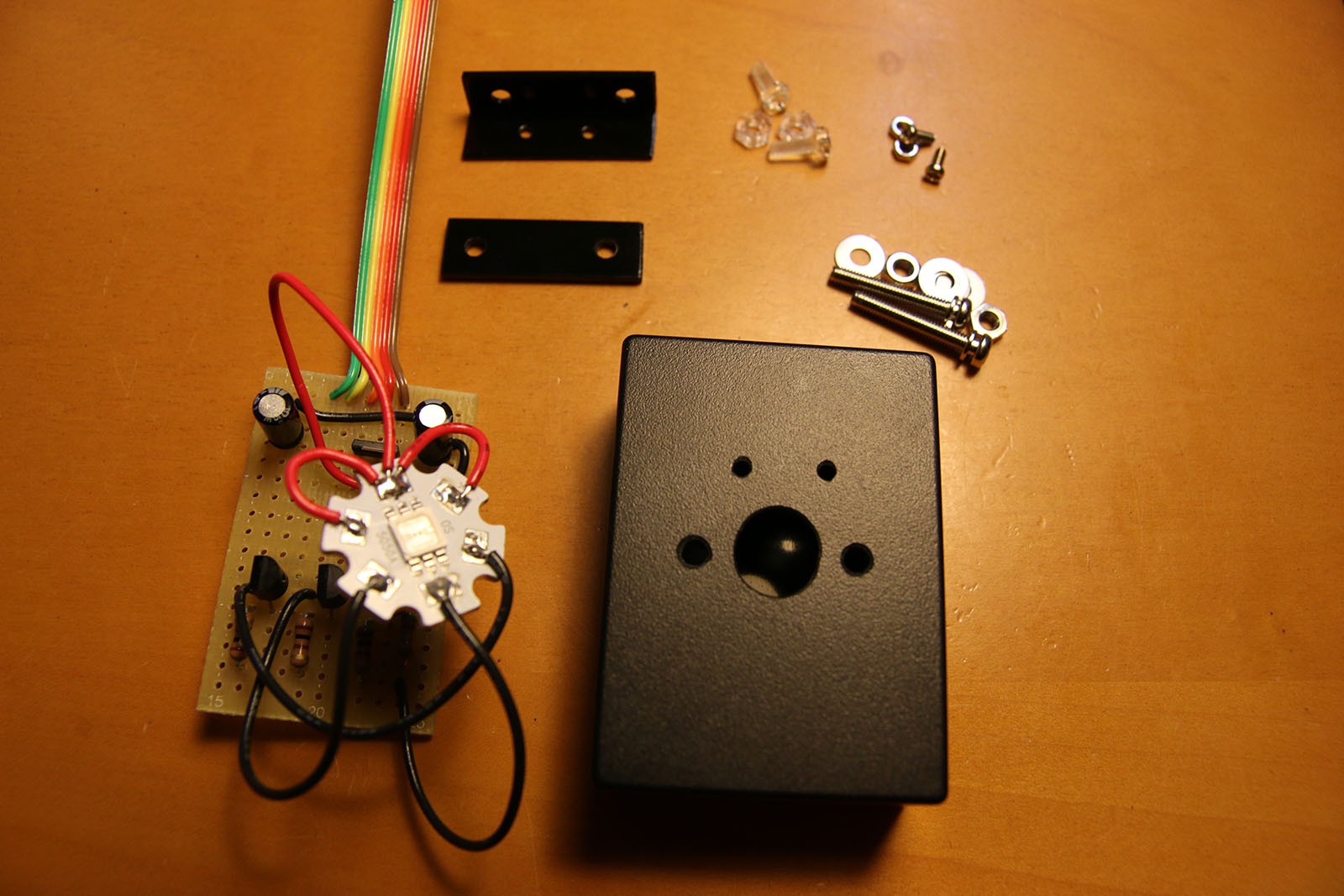 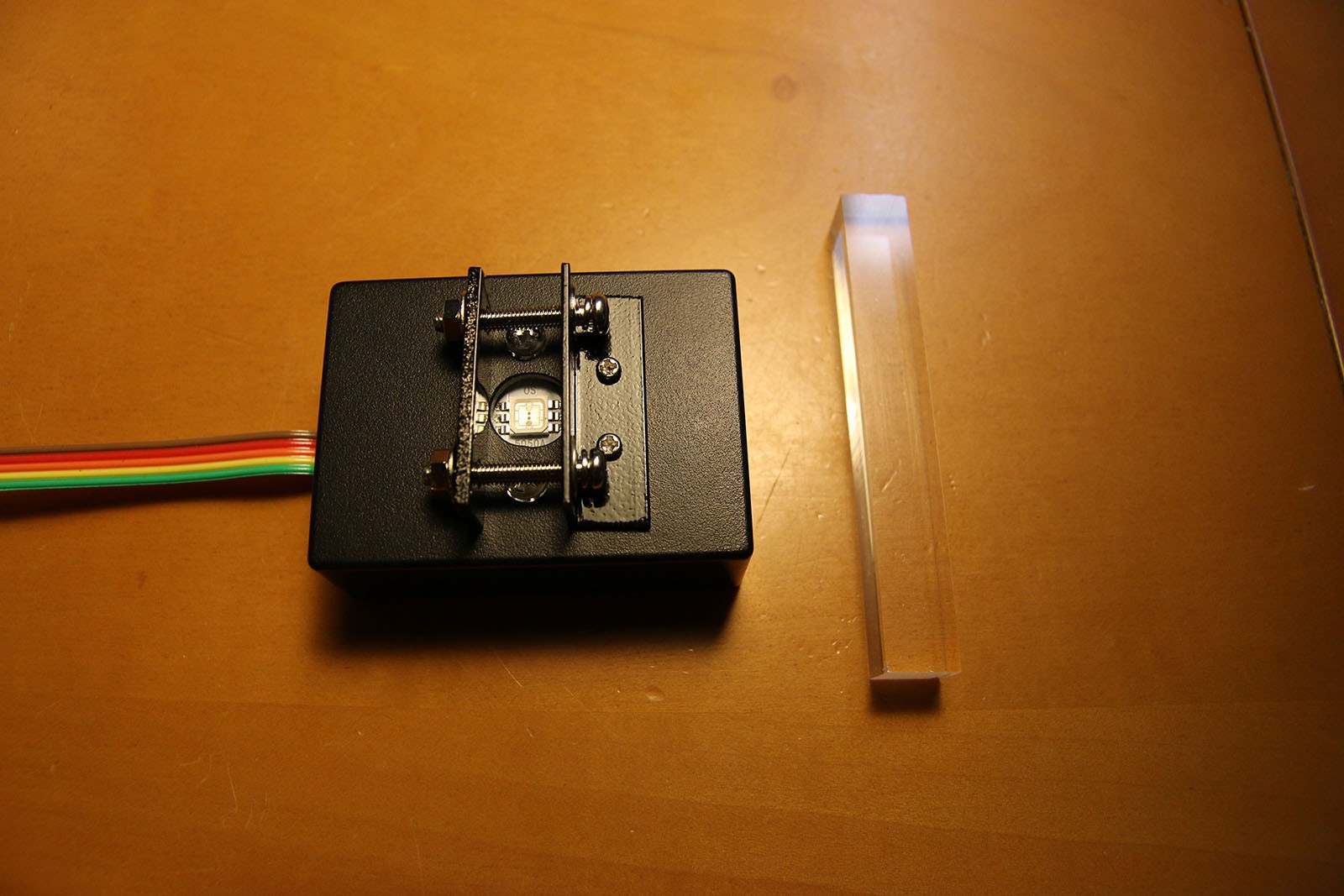 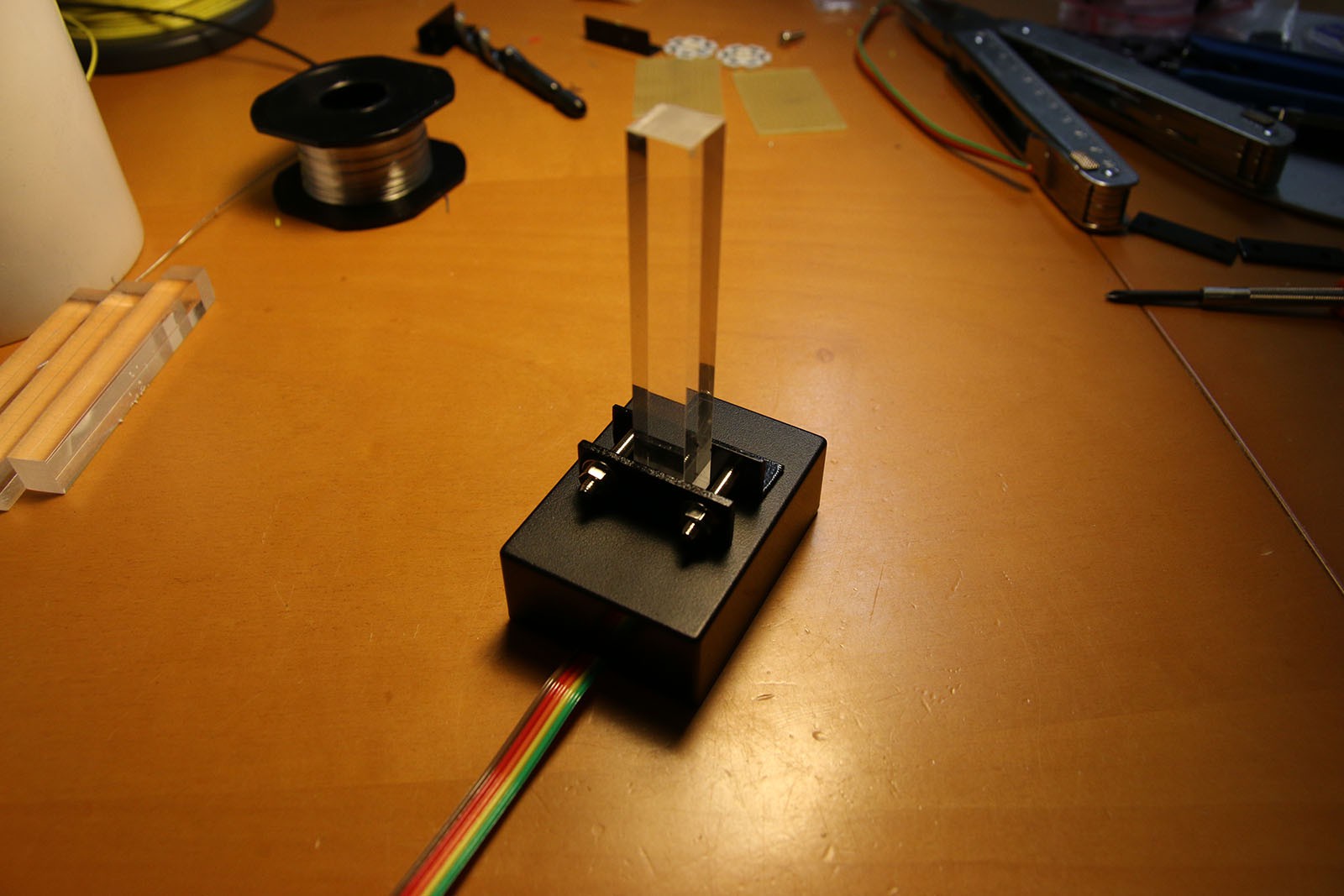 some pictures of the second prototype: 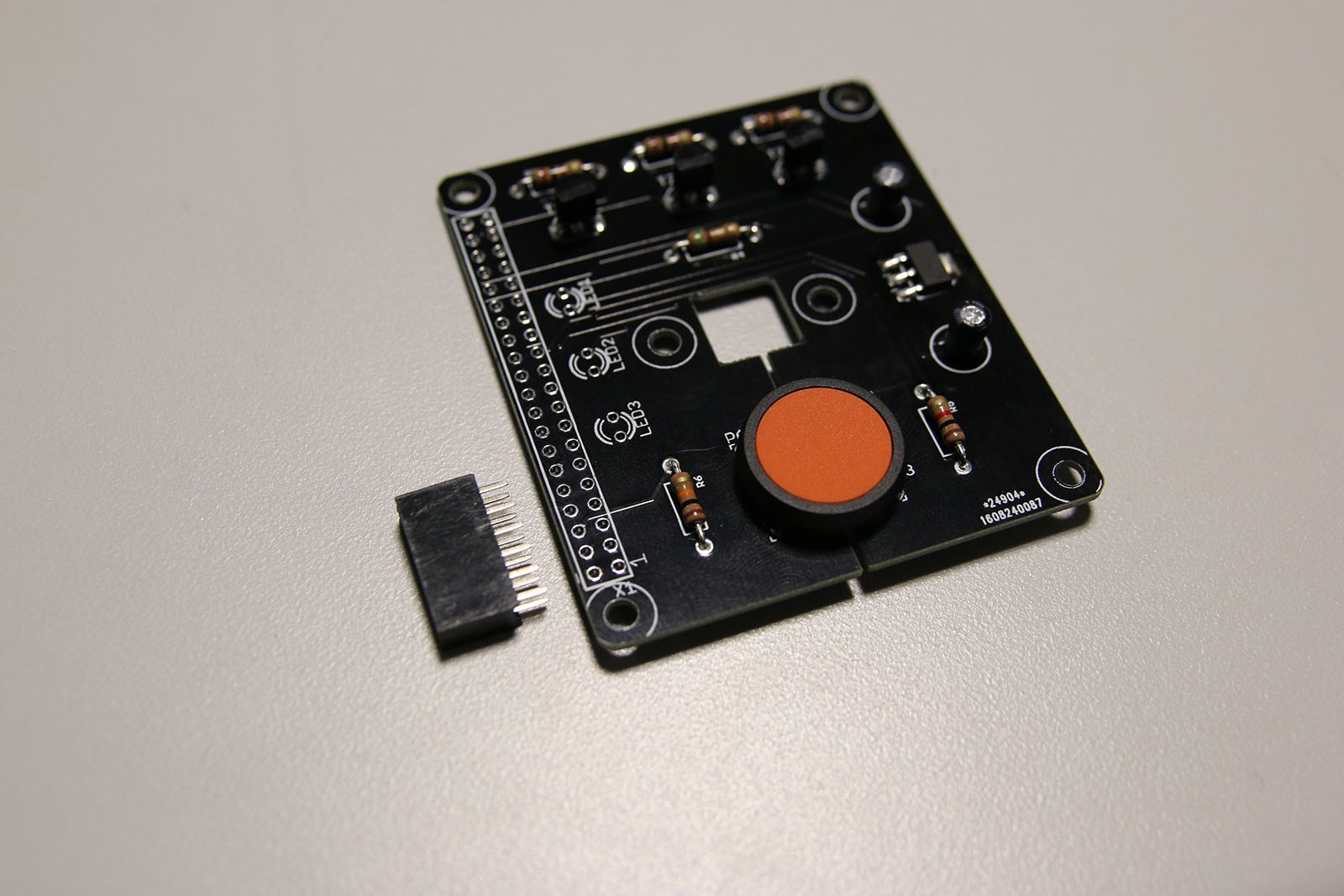 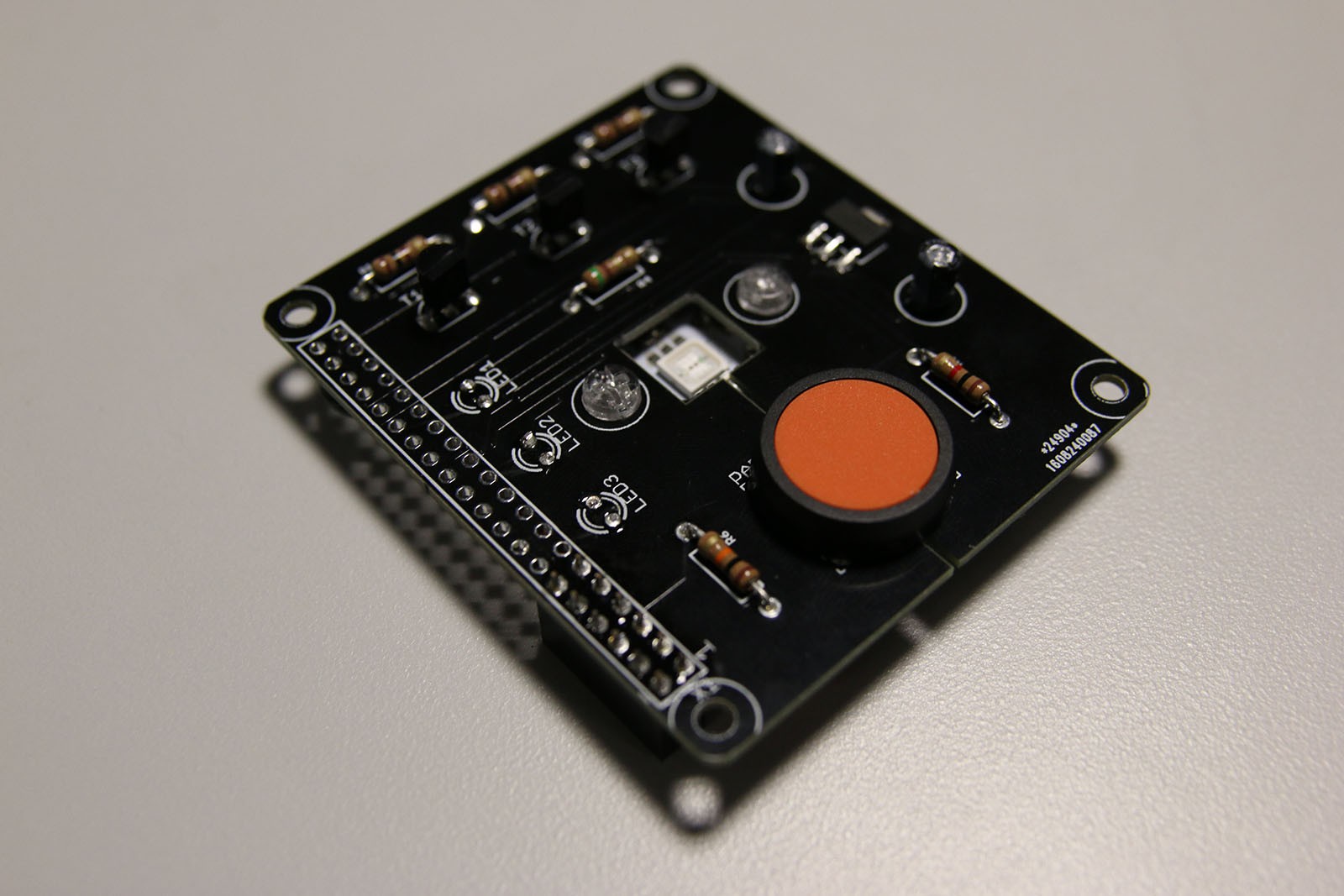 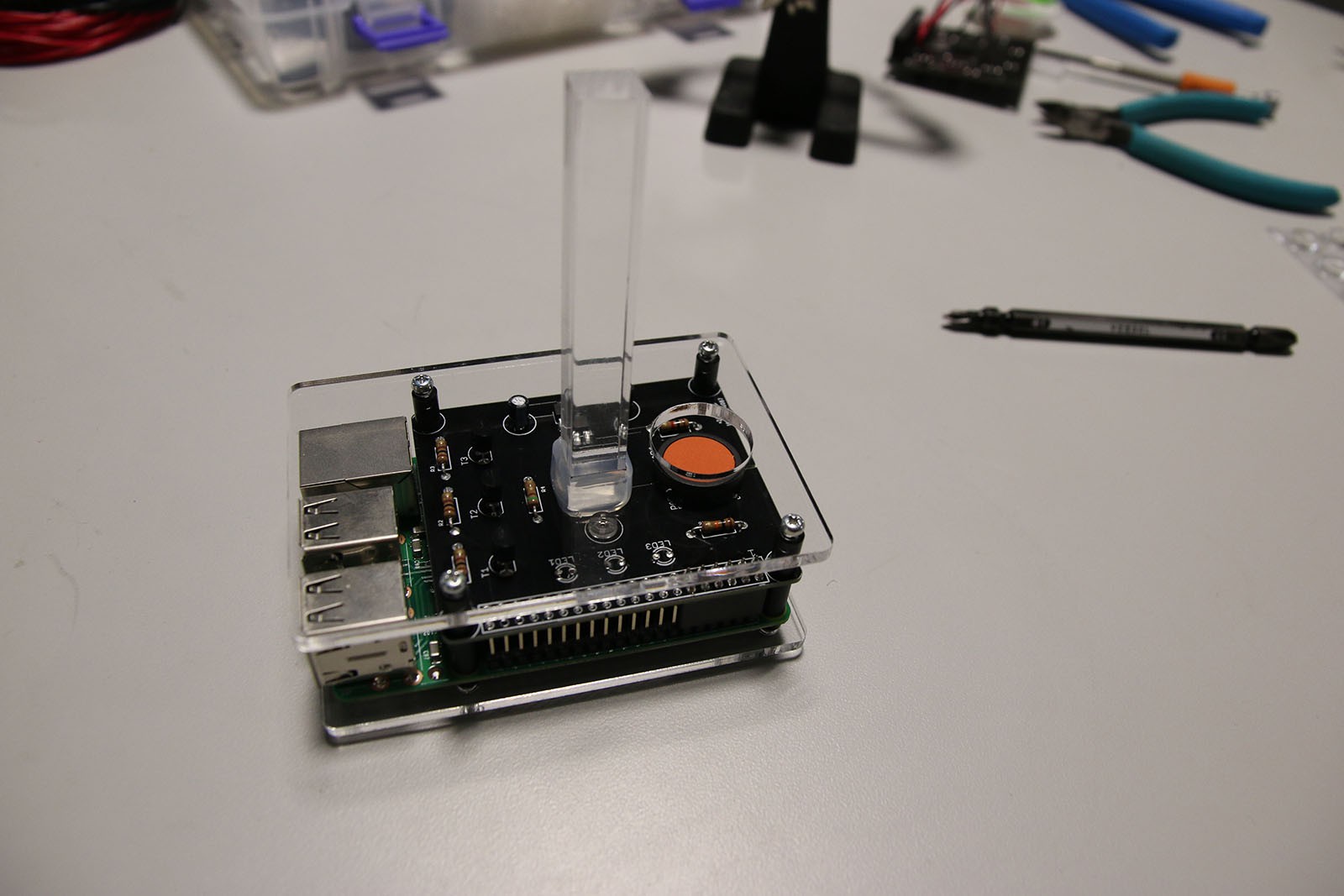 And the final version (PCB with SMD components). Sadly, there aren't many pics yet: 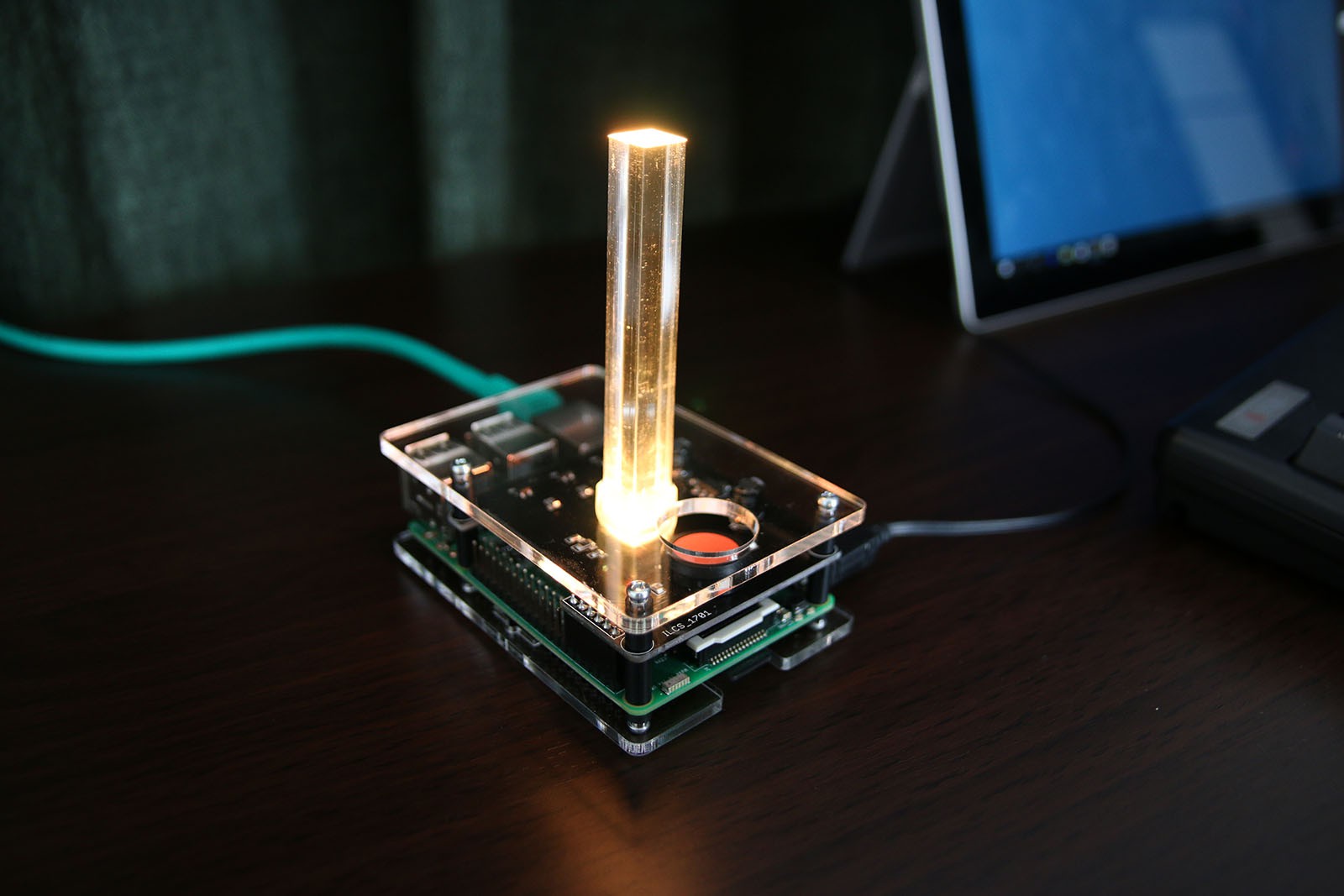 Use a rod made out of Plexiglas Endlighten, that would look even more awesome.

Thanks for the tip! I'll look into that!

Sooo, how do I throw my money at this kit? How did you build the case and where did you find the parts?

We built the case with a laser cutter. We tried a lot of things. The parts are from several suppliers. The case was actually done by a co-worker.
We plan to sell about 200 units on amazon.co.jp.

And we are thinking about ways how we to sell it in the US.

How to build a Raspberry Pi NAS?

Make your own Raspberry Pi VPN and any ARM device