stuff i want to make

SLA 3D printing is the big brother to FDM 3D printing; its faster, more accurate and enables printing of more complexed geometries. One of the draw backs to desktop SLA 3D printing is time spent printing. Like FDM, compact desktop machines trace out every contour (inner and outer) of ever layer and we all know what that is like - its fascinating to to see a machine in action the first time but it gets pretty old when you hit the 13th hour of the print! One might argue that DLP projector based SLA printers are the superior technology to rule the FDM machine but DLP projectors are expensive, have to be modified to remove the UV filter and the bulbs have limited life span. Not to mention they are pretty big.

Enter this project... Unlike FDM, using an LCD screen allows one to project a complete profile of a layer. This saves an enormous amount of time. This aligns with the philosophy of the DLP projector systems but consumes a fraction of the power and takes up much less space!

I wanted to start off the documentation of this project by getting into why I think this is worth while and what the general concept is...

Being on HACKADAY, I think it safe to assume that we all understand the concept of 3D printing and what it represents for us as makers, tinkers, experimentalists, professionals and hackers. It is a gateway to a manufacturing capability that we have never had access to and it gives us degrees and expressions of freedom that we have never enjoyed at home.

Now, I don't want to bash FDM 3D printing as I think it has elevated possibilities for many people, but for me personally, it just does not cut it - or at least not for the kind of things that I design. In my case I give you an example of a Stewart Platform based proof of concept I was developing. I wanted it to be small enough to sit next to me on a desk so that I could observe it and be accessible without moving from my chair. Stewart Platforms are intricate in certain areas, and therefore the resolution needed for smaller parts was not going to be realized with an FDM printer. I did attempt to produce these parts but I never really got the solution I was looking for. 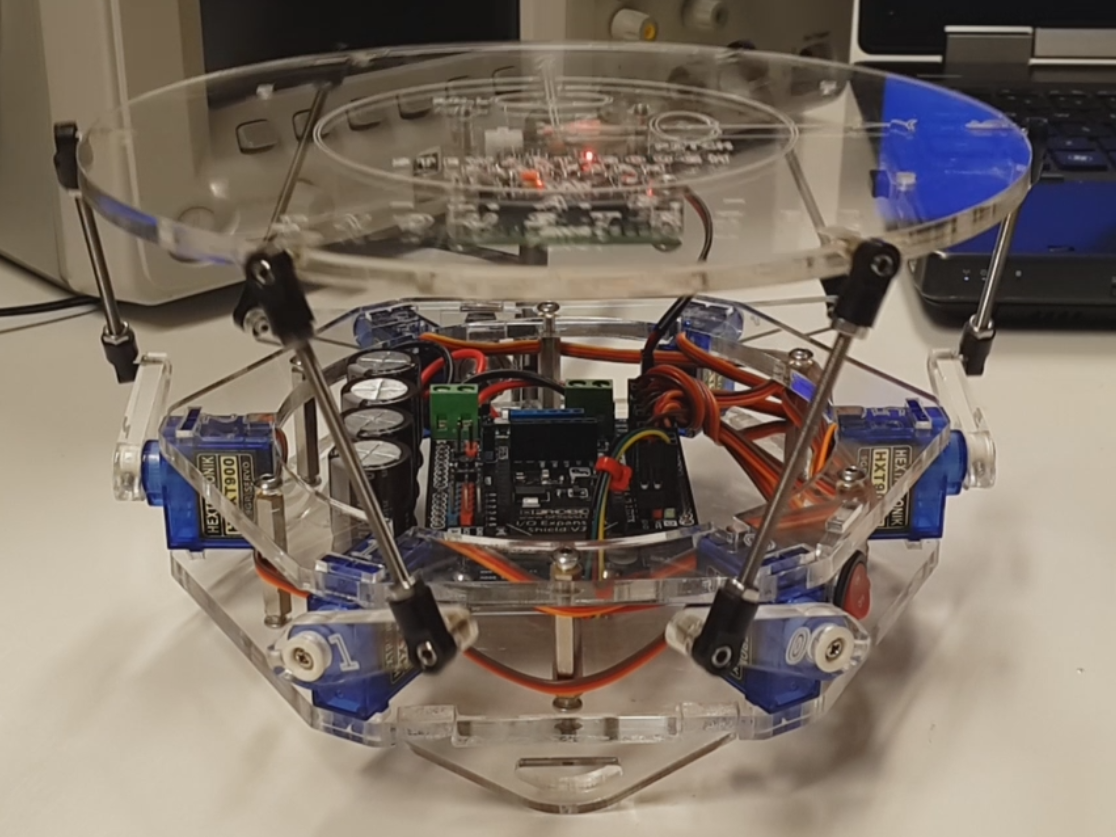 An example of what I was trying to print for the Stewart platform: 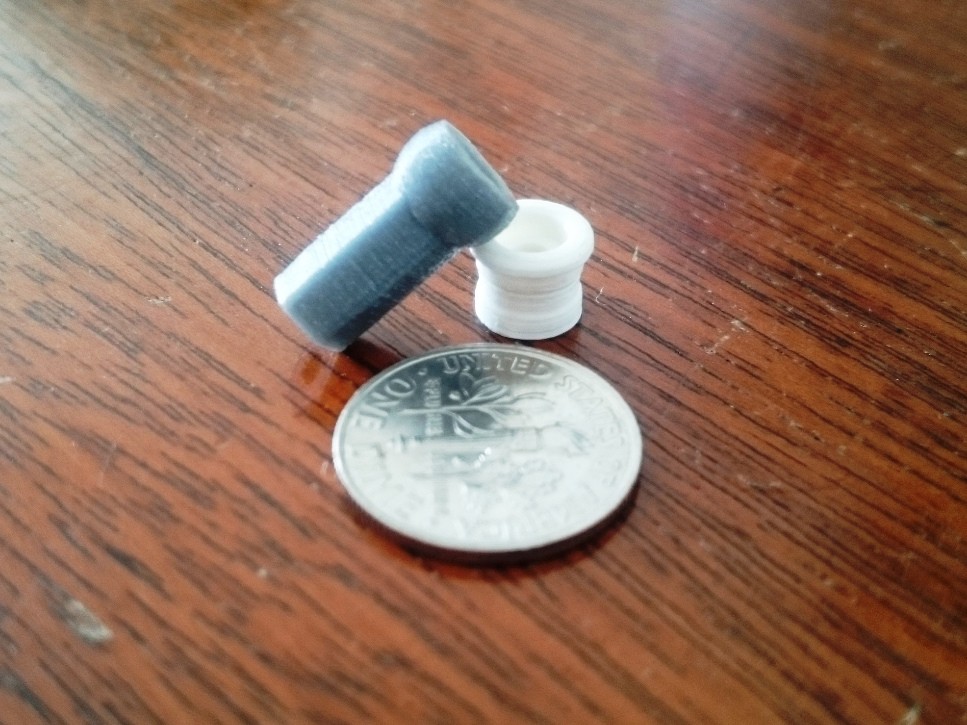 My point is, the more intricate the design and the smaller the part is, the better the resolution of the printer needs to be. The parts I was trying to print in the second picture took about 10 attempts each before I was happy that they were usable. Part of the problem was that the printer would either produce a part that was either bigger or smaller than the CAD, so I had to scale the CAD before every attempt. To my mind a machine is worth its salt when it can accurately replicate what has come from the CAD design. The machine these were printed on was an Ultimaker 2. I have attempted to use a Wanhao Duplicator 4S for other bigger parts but eventually gave up because it was simply not printing to the standards that I needed.

Being an engineer I am also very conscious of time and to me FDM printers waste too much of it. Again, as in the above samples, ten attempts to just get an acceptable specimen, then I still had to print another 20 or so of each (spares included). Okay, I have not experimented with this type of SLA printing, but I am confident that it will not waste the amount of time that an FDM printer do.

The last thing I dislike about FDM printers is the amount of filament they waste!

Like all 3D printers, the general concept of this machine is to build up an object from sectional layers. The layers will be projected onto an LCD panel which will then cure the fresh resin layer between the previous layer and the bottom of the resin vat. After each layer is cured, the build platform raises and lowers to allow fresh resin replace the previous layer.

The brains of the operation will be a Raspberry Pi 2/3 Model B running NanoDLP and an Arduino Uno R3 running GRBL. NanoDLP drives the display connected to the Raspberry Pi and also sends the GCODE commands to GRBL. The LCD display used in this project will be the LG LP097QX1 which is 9.7" with a resolution of 2048 x 1536. This translates to a build area of 196mm x 147mm with a resolution of 0.0962mm in the x and y directions and the Z-Axis has been designed to travel 160mm using a 400 step NEMA 17. All this is powered with a dual 5V 6A and 12V 2A switch mode power supply.

Can you release the CAD files?

Hey Dylan, any progress on the project?

Hello, thanks for contributing. I tried opening the file but can't seem to....

can z hiecht be increased

Nice Post, DLP and SLA 3D printers are becoming popular among 3D printing users, because of high quality prints. If anybody is interesting to buy the best printer then click http://3dinsider.com/best-resin-sla-dlp-printers/.

Any progress? Did you have the change to try if your UV LED backlight works with the screen and the idea works in general? I'm eager to construct one myself but I'm hesitant because you have not yet reported any success.

Where are you sourcing your LP097QX1 & driver?

Do the LCD screens wear out from the UV LEDs? If so, how long will they last?

Maybe include also order links in de gsheet form the parts you used ? :)

Great looking project, looks well designed so far. I have a couple of extra features you should seriously consider building in though - stuff missing from my Wanhao D7.

1- a mechanism for agitating the resin vat during printing (between layers). Some resin settles and separates really fast.

2-A means for peeling the FEP film off a newly printed layer. The D7 lifts vertically and can loosen the print from the bed over time if the resin is naturally runny. I think the Form1 has a peel feature, whereby it tilts the bed as it raises it to put less strain on the FEP so it lasts longer too.

Interesting though as is - I'll keep an eye on it.

Edit-I just read your log about the vat and noticed you already know of the tilting, but I wouldn't say just because we use FEP that tilting is redundant, if would still be useful imo.

I'm about to start a similar project and now saw yours. I'm eager to support this and build one as well. I'm a builder of hobby CNC machines for my own use which includes from scratch builds of 3D printers. Please let me know if I can help!

This needs to work. An SLA 3d printer with only one moving part for under $200 is my goal. I just did the same for a PCB mill for under $200. That should be the premise here as well. If the display and the controller wouldn't be $50 each I'd say it possible to make it even cheaper.

I actually did, but then when I signed up for the contest it added "2017 HACKADAY PRIZE" and so I removed my "2017HACKADAYPRIZE"! Ha ha, thanks for the heads up, I will do so! :)

You may want to add the tag "2017HACKADAYPRIZE" (without spaces), as everybody else did.
:o)
Good Luck!

The stock toolhead/carriage is replaced with a modular system that allows quick and easy toolhead changes.
Project Owner Contributor

Hackaday Prize 2020
Build CNC machines from scratch and learn how to write the code that moves their axes.
Project Owner Contributor