For the 2017 Hackaday Prize, I'll create several projects that combine the Raspberry Pi, or the Arduino with various science toys such as Snap Circuits that can be used by educators to teach STEAM (science, Technology, Engineering, Art, Math) concepts.

This project serves as the introduction to a series of projects that use Raspberry Pi, Arduino, Snap Circuits, and various other science toys that educators can use to teach STEAM (Science, Technology, Engineering, Art, and Math). This introductory project is actually very simple: I demonstrate how to program an Arduino with a Raspberry Pi. 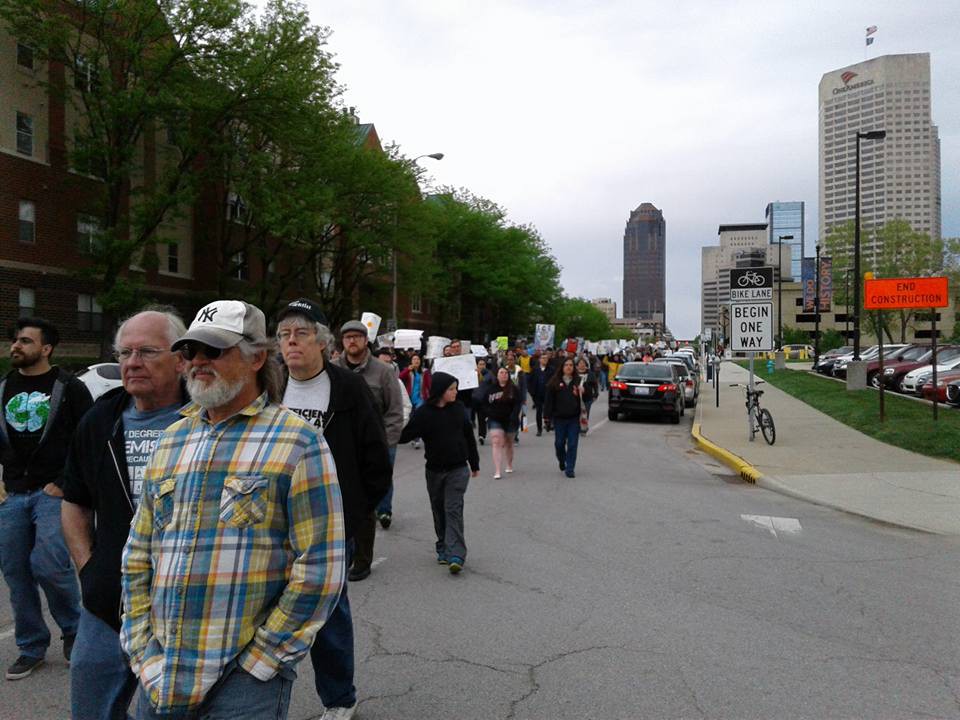 We are starting to see an alarming decline of science literacy in the United States. The US continues to be the most scientifically and technologically advanced nation on earth and continues to lead the world in science and technology output. But as Niall Ferguson, the Laurence A. Tisch Professor of History at Harvard University, observes:

“It’s certainly true that U.S.-based scientists continue to walk off with plenty of Nobel Prizes each year. But Nobel winners are old men. The future belongs not to them but to today’s teenagers....Every three years the Organization of Economic Cooperation and Development’s Program for International Student Assessment tests the educational attainment of 15-year-olds around the world. The latest data on “mathematical literacy” reveal that the gap between the world leaders—the students of Shanghai and Singapore—and their American counterparts is now as big as the gap between U.S. kids and teenagers in Albania and Tunisia." Source

China is catching up to the United States according to the National Science Foundation. Nonetheless, though we have a number of serious issues we must confront such as global warming, we do have immediately pressing issues such as confronting anti-science movements like anti-vaccine, anti-GMO, and chemophobia (think Vani Hari a.k.a. “The Food Babe”).

Lack of science literacy causes fear of GMOs. "The application of modern molecular-genetic-engineering techniques to agriculture has provided fertile ground for fraudulent scientists — most often funded by self-interested parties such as the makers and purveyors of organic products — whose intention is to cast doubt about the safety and/or effectiveness of the products of the new techniques and products. In fact, with the exception of wild berries, wild game, wild mushrooms, and most fish and shellfish, everything in North American diets is derived from organisms that have undergone some purposeful genetic modification."

Fear of GMOs is fueled by special interests: "There exists in this country a vast, well-established, highly professional, protest industry fueled by special interest groups seeking to line their own pockets while harming the public interest. How vast? A review of tax returns of the “non-profit” activist organizations opposing agricultural biotechnology and other modern production methods reveals more than $2.5 billion is being spent annually in the United States by these professional advocacy groups to shape our beliefs and influence our purchasing habits."

There is a growing citizen scientist (amateur scientist) movement spawned from the maker movement that is similar to the Gentleman and Lady scientists that preceded the Age of Enlightenment and before the professionalization of science. Citizen scientists are doing research that often rivals professional scientists and publishing their research in open journals and occasionally in prestigious scientific journals. Of course, most modern citizen scientists usually aren't wealthy like the early Lady and Gentleman scientists but nonetheless conduct their experiments with what ever they can scrounge together.

I think the Maker/DIY/hardware hacking communities inherently understand that a gizmo may look good on paper, but once you start building it, it may not turn out the way you planned. There’s a lot of troubleshooting between idea and prototype trying to figure out what went wrong during the build. You learn a lot from failure. Probably...

Thanks for sharing this amazing project information. I want to embed it with robot paper page, you can see here my https://thordrc.com/how-to-make-robot-with-a-paper/

Looks good. I want to test this point for my Tech project of APK website, you see more detail about it.

Thanks, Bagus.arif112, for liking my project!

Thanks, Craig, for liking my project!

Thanks, Jamie, for liking my project!

Use a Raspberry Pi with Codesys to control the LED on the EtherCAT Arduino Shield by Esmacat attached to an Arduino Uno.
Project Owner Contributor