This is a wearable keyboard that uses your fingers as the keys! Conductive contact points along the four fingers allow for multiple finger combinations, which are captured by a microcontroller and converted into keyboard output. My goal is to build one for a wearable computer (to make input significantly easier than a standard keyboard), but it has applications for virtual reality, augmented reality, smartphones/watches, and normal computer use.

Straight up, here's the gritty stuff:

As it currently stands (08/20/2014), the Arduino reads seven pins and checks if any are high. If a pin is high, it saves that state into a boolean array and does not output the array until all pins are low.  It then translates the array into a decimal value, which will be the index for the scancode (how keyboards send characters) it will output to the device it is connected to.

Here's a rough outline of how it will work: 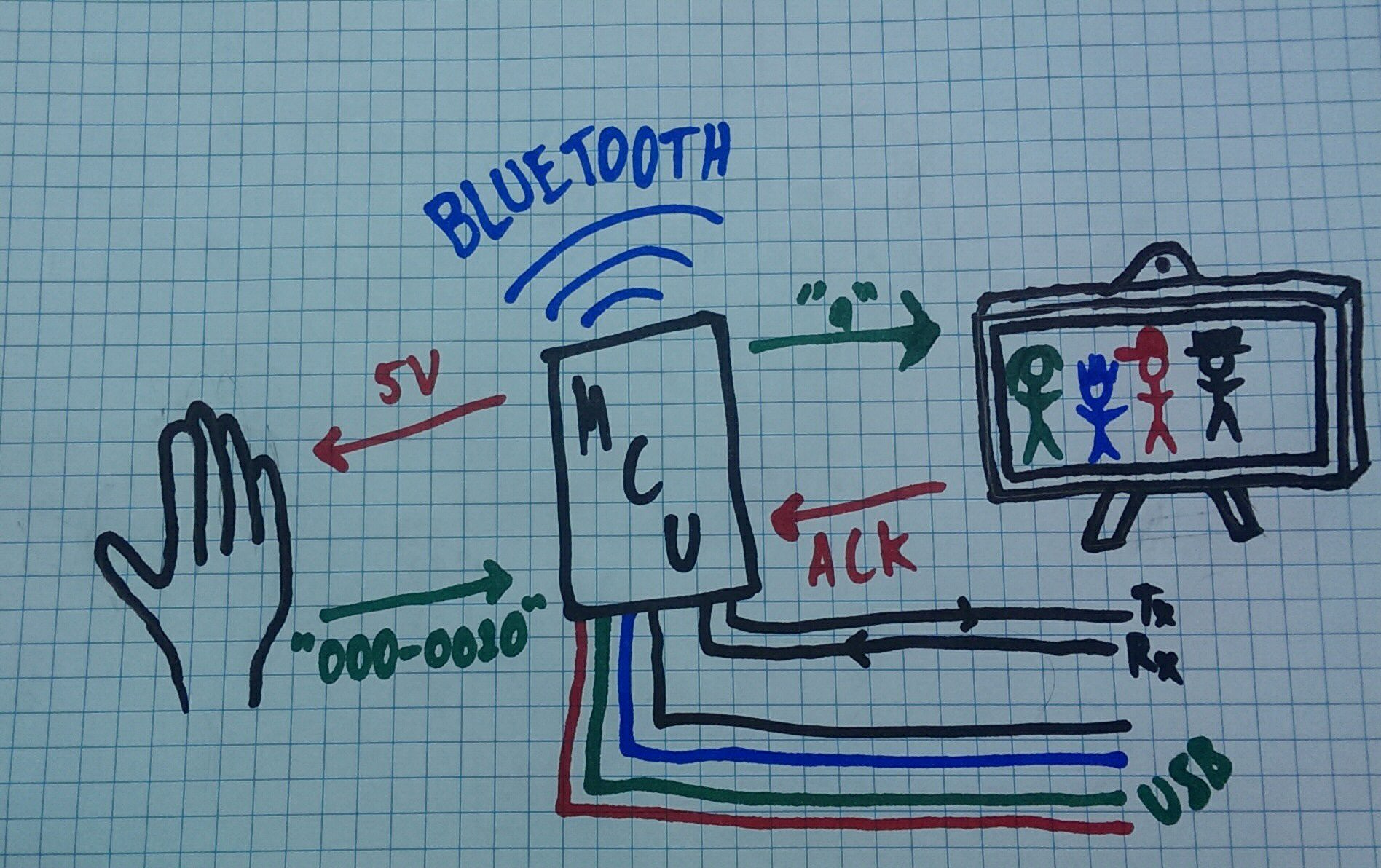 The seven pins all map to seven conductive pads on the glove, which can be pressed against two different pads (each at 5V) to raise the corresponding pins.

Now, about scancodes. Back in the olden days, near the beginning of time as computers knew it, the first keyboard communication standard was created. It is now known as Scancode Set 1. Since then, there have been two new additions to the PS/2 keyboard scancode party (unsurprisingly called Sets 2 and 3), and there is a USB scancode standard documented in the USB HID Usage Tables (I'll be using v1.11).

Making retro Atari 65XE as an USB-keyboard for a modern computer. As will leave the opportunity to use this Atari in native mode.
Project Owner Contributor

Connecting your Mod to your Android phone opens up all sorts of possibilities for in-bedroom controls and connectivity!
Project Owner Contributor

Communicating with your Mod from Android phone