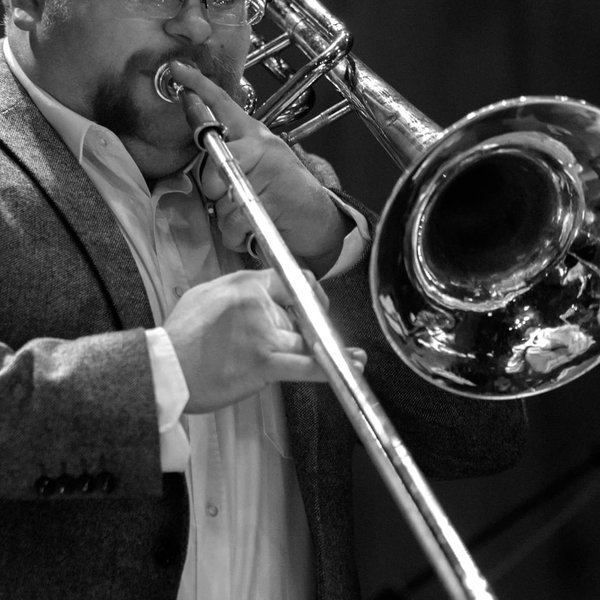 Trombone playing rugby enthusiast with a penchant for Python.

1.3k 10 6 17
A digital instrument with all the flare of a trombone, with the power and flexibility of an MIDI instrument
Project Owner Contributor

Lord Of All Things

2.8k 15 2 16
the pen is mightier than the sword but the Framework Sando, When properly applied, can bash skulls in.
Project Owner Contributor

2k 25 8 29
a tiny cyberdeck, hopefully awesomely 80s, that can show an RPG character's stats, check out the gear list, and roll some dice
Project Owner Contributor

942 12 0 16
My cyberdeck build using a 7.9"ultra-wide display and a Jetson Nano 4Gb board.
Project Owner Contributor

Jack of all Trades Cyberdeck

393 10 0 5
A modular macro pad system that can form with different elements to make a highly customizable macro pad/ortholinear board.
Project Owner Contributor

Hi Craig! Thanks for liking and following my #Megadrive PC  and #TankServer projects!

Hi Craig, thanks for your interest in my #PoE-FeatherWing!

Thanks for liking #Tindie Orders API in Python !

Hey Craig! Thanks for the Scull & for following #Workbench Assistant !! Let me know if you'd like to see any changes or new features if you have a sec to spare. All the best to you!

Many thanks for liking  the projects on my 2019 HaD prize project list.

Hello Craig! Thank you for following my #Featured Projects list.

You're more than welcome buddy.

I'm fascinated by this project, I love the dual esp32 setup.

Thanks for liking https://hackaday.io/project/157456-modular-humanoid-robot-marb, Craig!

You're most welcome mate. I love it!

Thank you for liking and following my #wESP32: Wired ESP32 with Ethernet and PoE project, I appreciate the support!

You're welcome buddy. It's a great board; can't wait to get some if/when they become available.

Please check out my projects and give them a like if you may :-)

Thanks for liking and following my project The Squid! Bluetooth motor control module.

Feel free to check out my contest projects and give them a like if you may :-)

I'm in a band called Dennis - what are the chances?!

I check out the link. WOW your band is AWESOME!!!

Thanks for following #Open Source IOT Platform . Did you build one?

You're welcome buddy, it's a great project!

I haven't built one, but one day I shall!

Please take a look at my 2018 projects and give them a little like if you like them :-)

Hi, and thanks for following my project #Kids School Control

As always, you are most welcome :)

Thanks for following my project #Smart Intercom

You're welcome buddy. You have a great set of projects on the go!

Thanks for following my project  #Smart Gates

Hi Craig! Thanks for the like and following my #Smart, 6 port USB Power meter with 4 port USB 2.0. It's a shame that I do not have enough time because of studying :( But definitely soon I'll post my updates, changes and more test reports.

Awesome project my good man! Get your studies done, get this finished and I'll definitely be one of your first buyers :-)

It's the perfect power supply for a multi-microcontroller/Pi dev setup.

Hey Craig, Cheers for the like on #Brewnel. I've been tinkering with it for years lol, thought it was time it saw the light of day. :-)

No problem buddy! I would love to get into home brewing :-)

I'd recommend a plastic Kettle and a kit to begin with, to learn how to handle the main part of brewing. There's still the actual brew, and bottling/kegging and conditioning I havent even mentioned yet...

That contains the interesting part about hangovers - its got little to do with the amount of alcohol and more with the way it is prepared that counts. This is why 10 pints of lager will have your eyeballs hanging like a bat, but the same in shots or Champagne wont. Its chemistry ;-)

Create your Hackaday.io profile like Craig Hissett and many others