I found a tiny keyboard at Apex Electronics in LA.

A while ago, I saw this project: http://hackaday.io/project/643-MiniBSD-laptop-computer and liked the tiny keyboards jaromir was using. He got those in Czech, so any thoughts of me finding one of these keyboards in real life was out of the question.

Last week, I was poking around Apex Electronics and found the exact same keyboard. The connections in the matrix were dead, so I figured I'd tear it apart. It's actually pretty interesting as far as keyboards go - doubleshot keycaps and a weird metal dome switch I've never seen before.

I'm turning this keyboard into something useful. 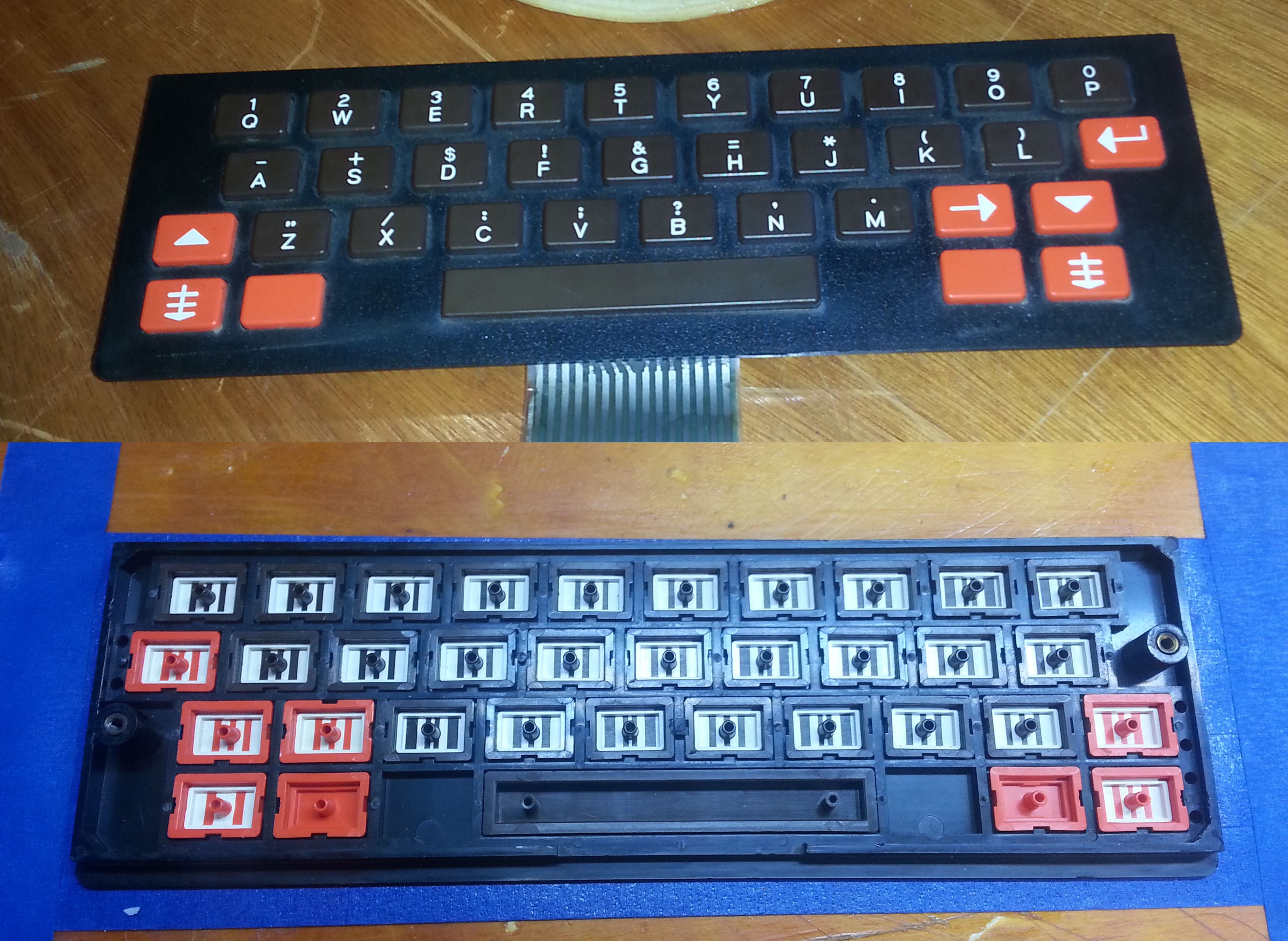 Looking forward to updates! I'm trying to use a keyboard from a HP Jornada in my project. I have a teensy 2.0 and I’m waiting for the connector I ordered from china. Tried soldering onto the ribbon but it melts too easily so I ordered the fine pitch connector.