Professional quality audio breakout board, mainly targeted towards Teensy 3.x and Raspberry Pi 2, but also should be compatible with any boards having an I2S and I2C interface broken out (FPGA boards with enough GPIO included).

Accompanying software has different licenses depending on the location; the linux kernel drivers for the Raspberry Pi are under the GPL v2 license to match other kernel drivers, and the Teensy proof of concept (sine test) code and other Teensy additions are under the MIT license (see individual source code for details).

I decided to do this project because I had been playing with PJRC's own audio board, but a lot of people on the forums had been asking about higher quality audio, and I thought it sounded like a fun design challenge.

I started the design by choosing the audio codec. The best one that I could find for a moderate price and in a package conducive to hand soldering (ie, no QFN, BGA, etc) was the Cirrus CS4272.

The CS4272 is a really high quality codec. It can do sample rates up to 192kHz at a bit depth of 24 bits. It's banner specs are a THD+N of -100dB and a dynamic range of -114dB. It is an ideal choice for a professional quality sound board.

One issue with the CS4272 is that it doesn't include the analog input and output buffers that are commonly integrated into lower quality audio codecs. This necessitates a lot of additional external circuitry that must be carefully designed to avoid compromising the audio quality of the codec itself.

Another big design constraint was to keep the Teensy side of the board fully isolated from the codec to prevent ground loops when audio equipment is connected to the device.

The testing I've done so far shows that the board is performing very well. I don't have any test equipment or audio gear that's good enough to do real testing, so I've been looping back the board's outputs to its inputs, and measuring the performance that way. The only downside is that there is no way to separate the output response from the input response, but the individual responses should be better than the overall loopback response.

Here are some plots of the testing results, along with the measured performance specs: 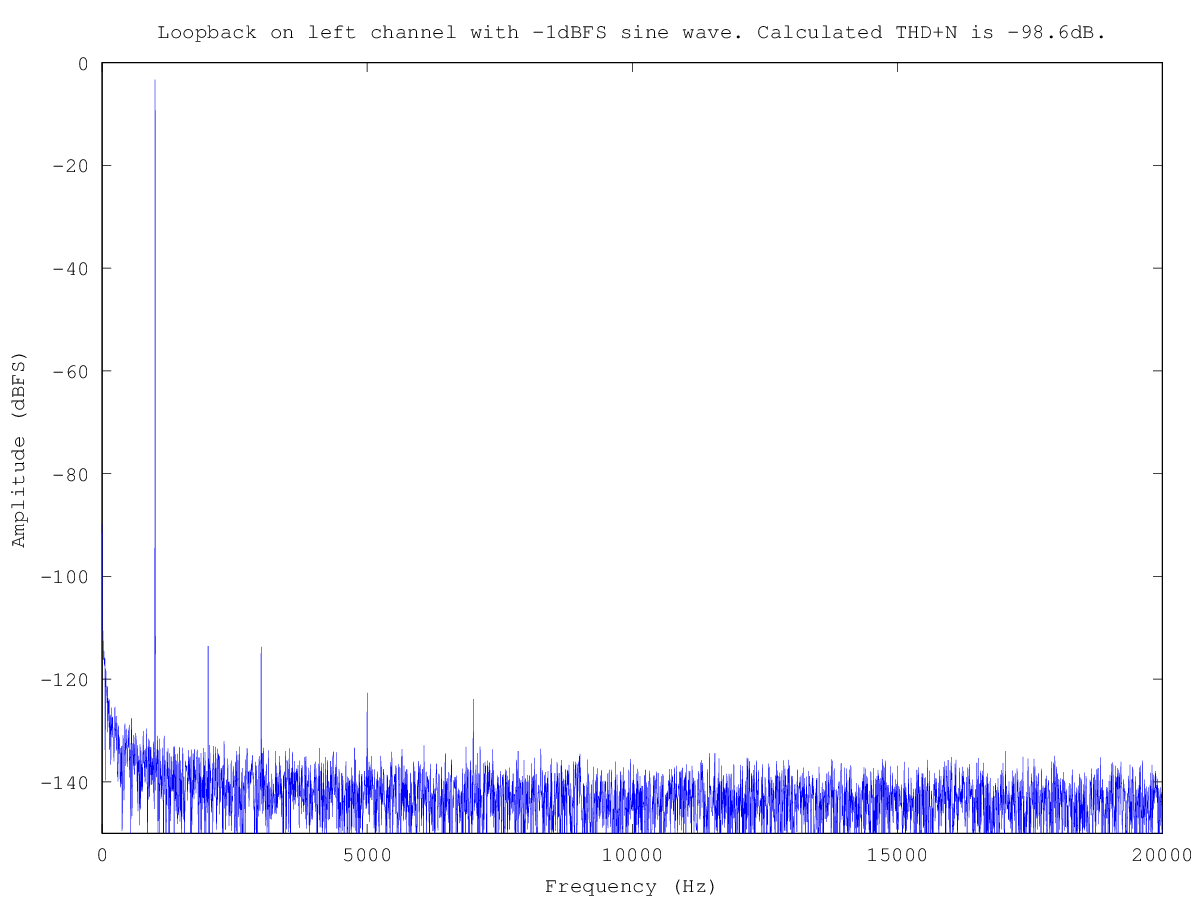 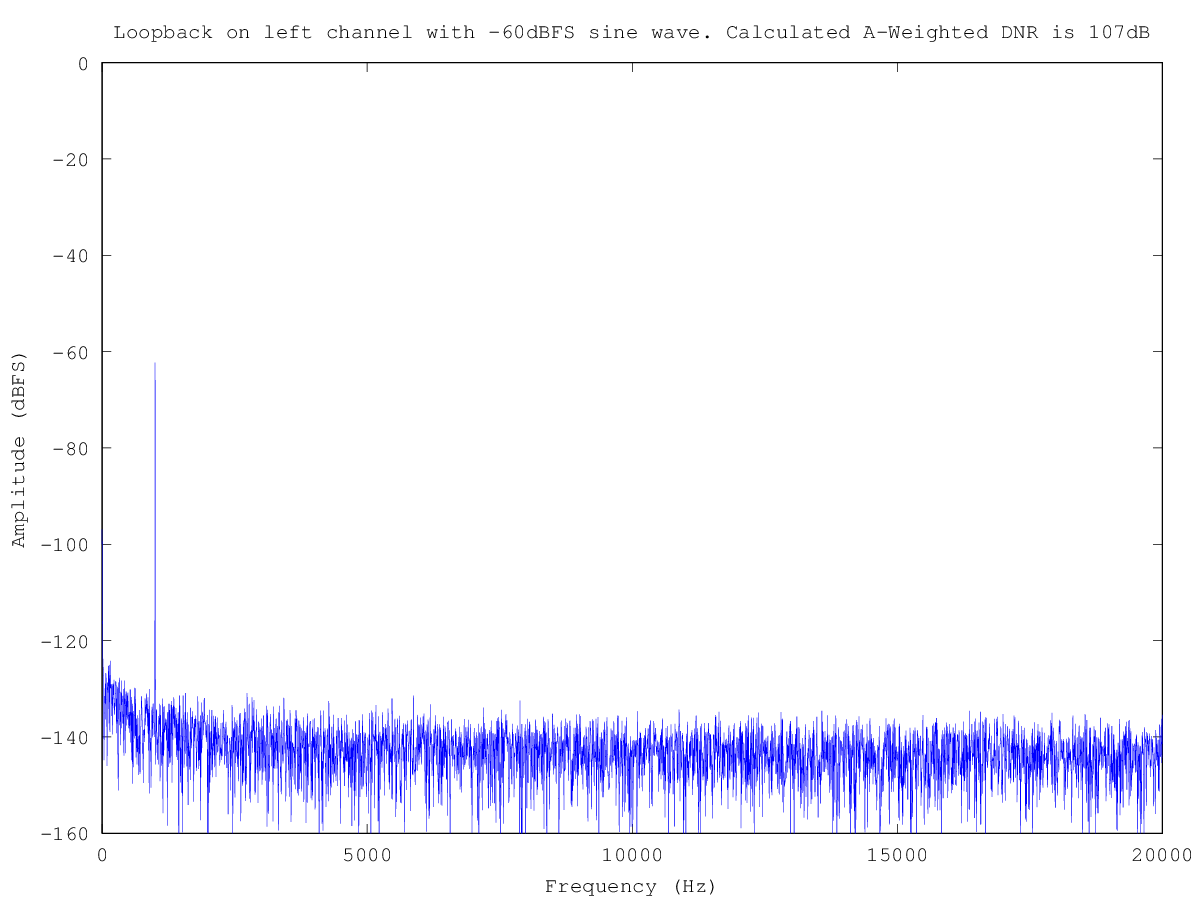 ~130dB of isolation between left and right channels 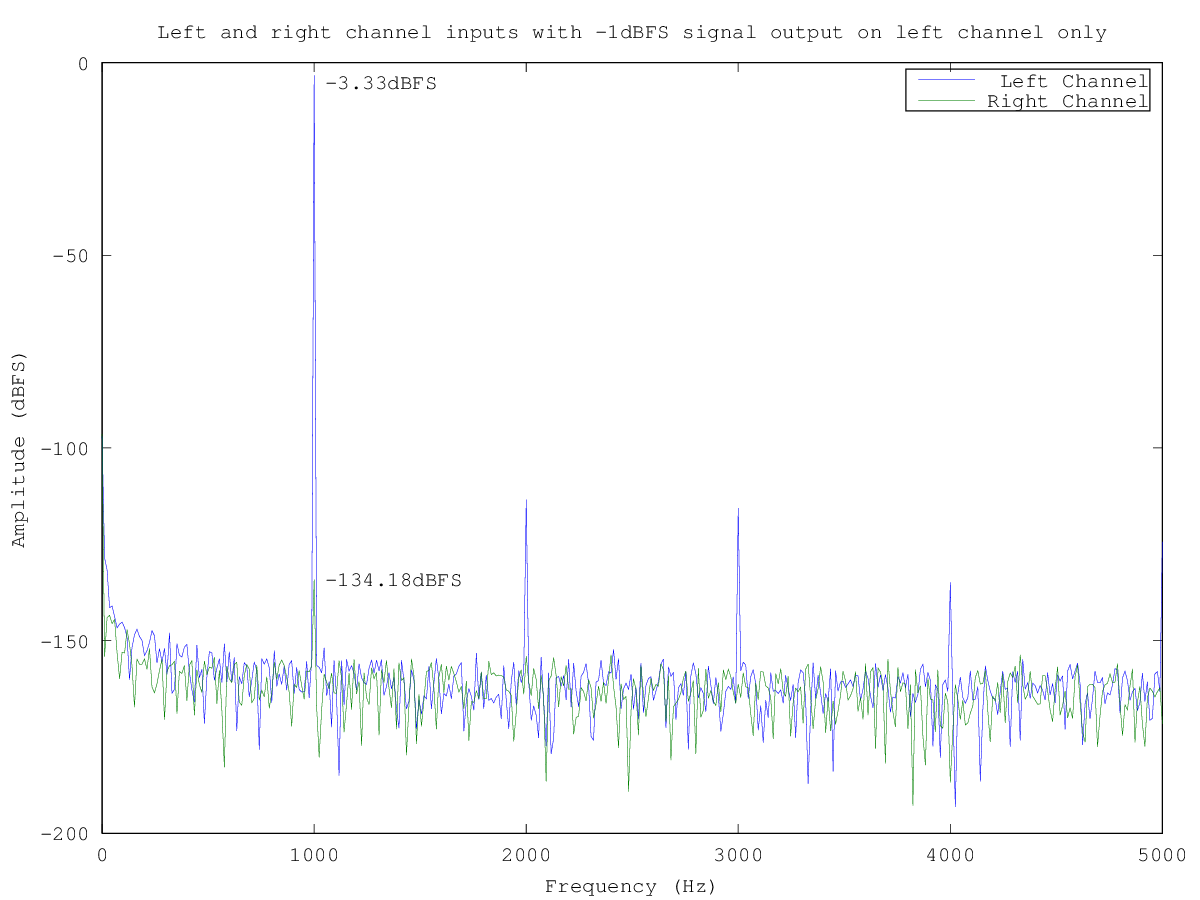 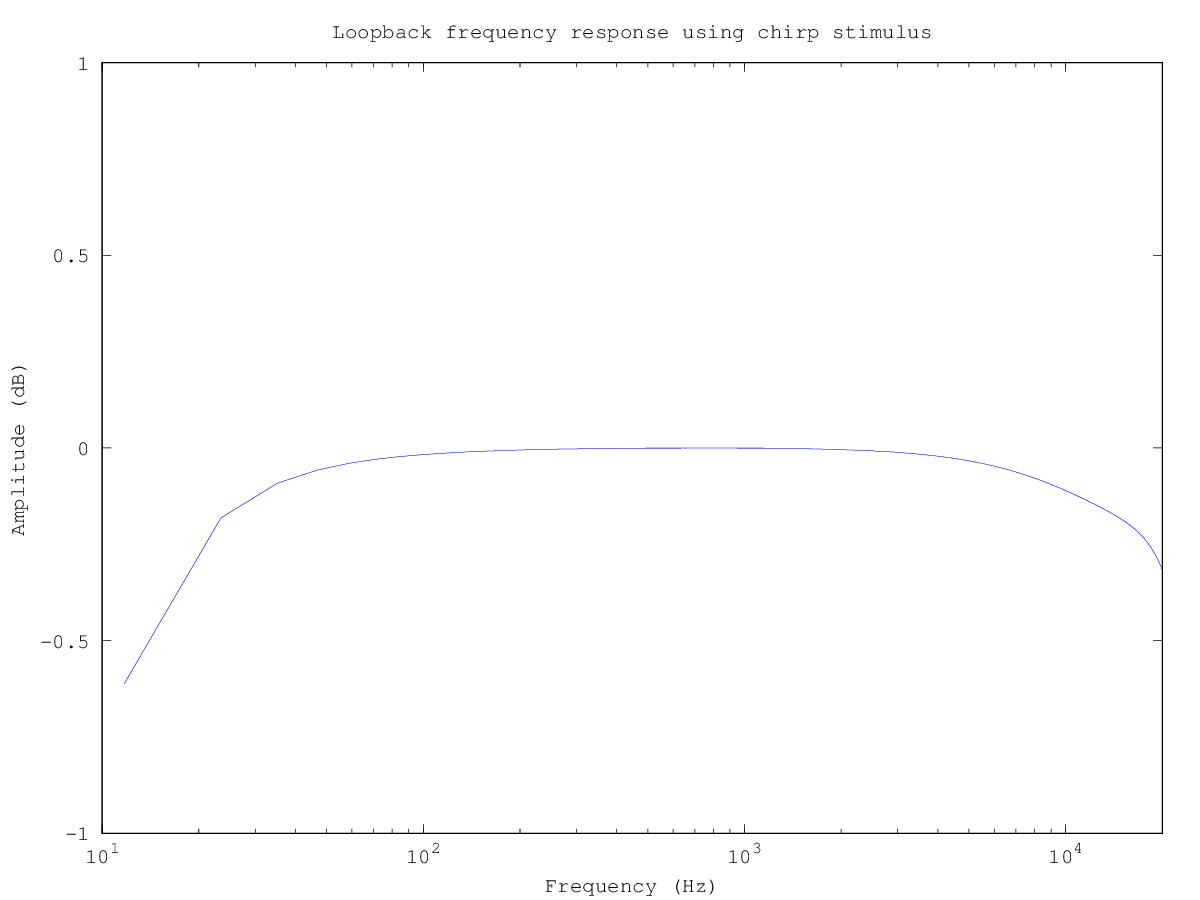 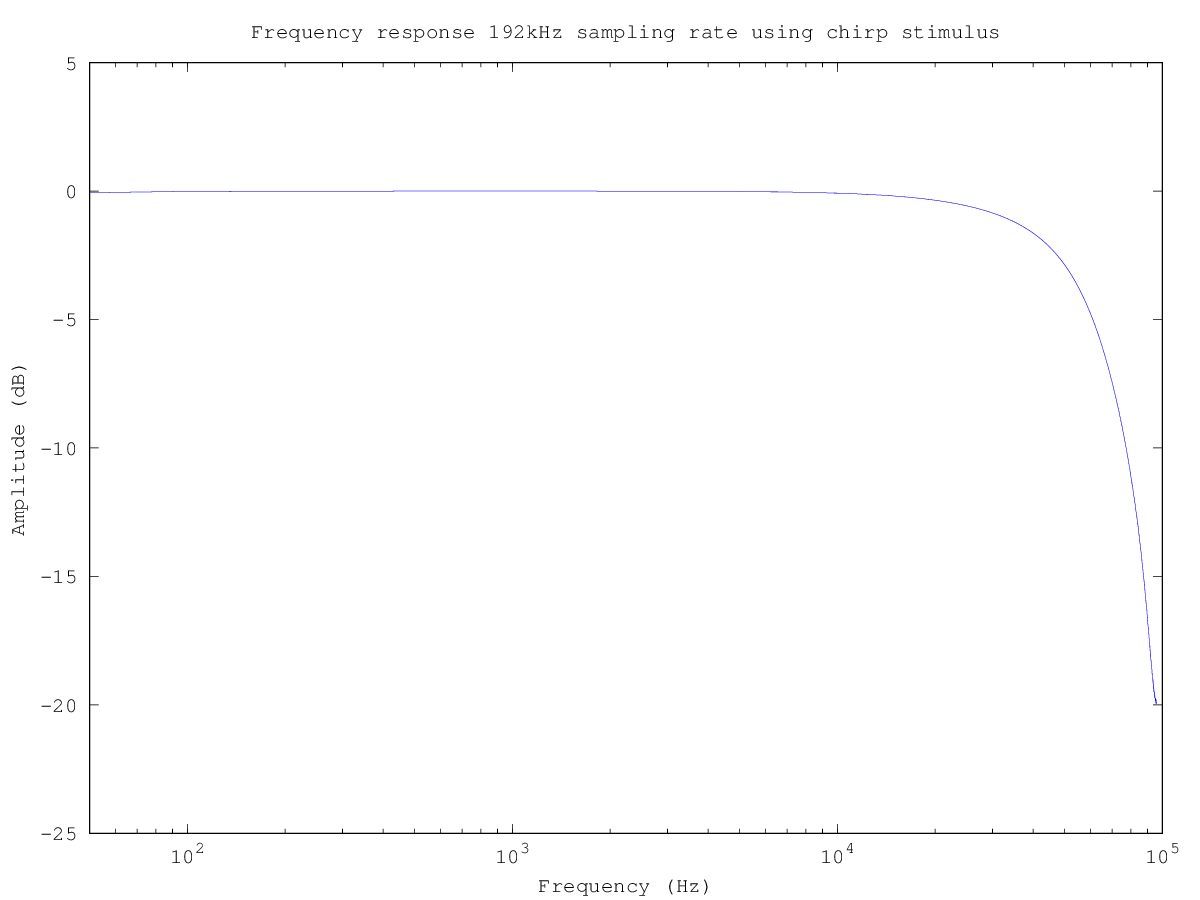 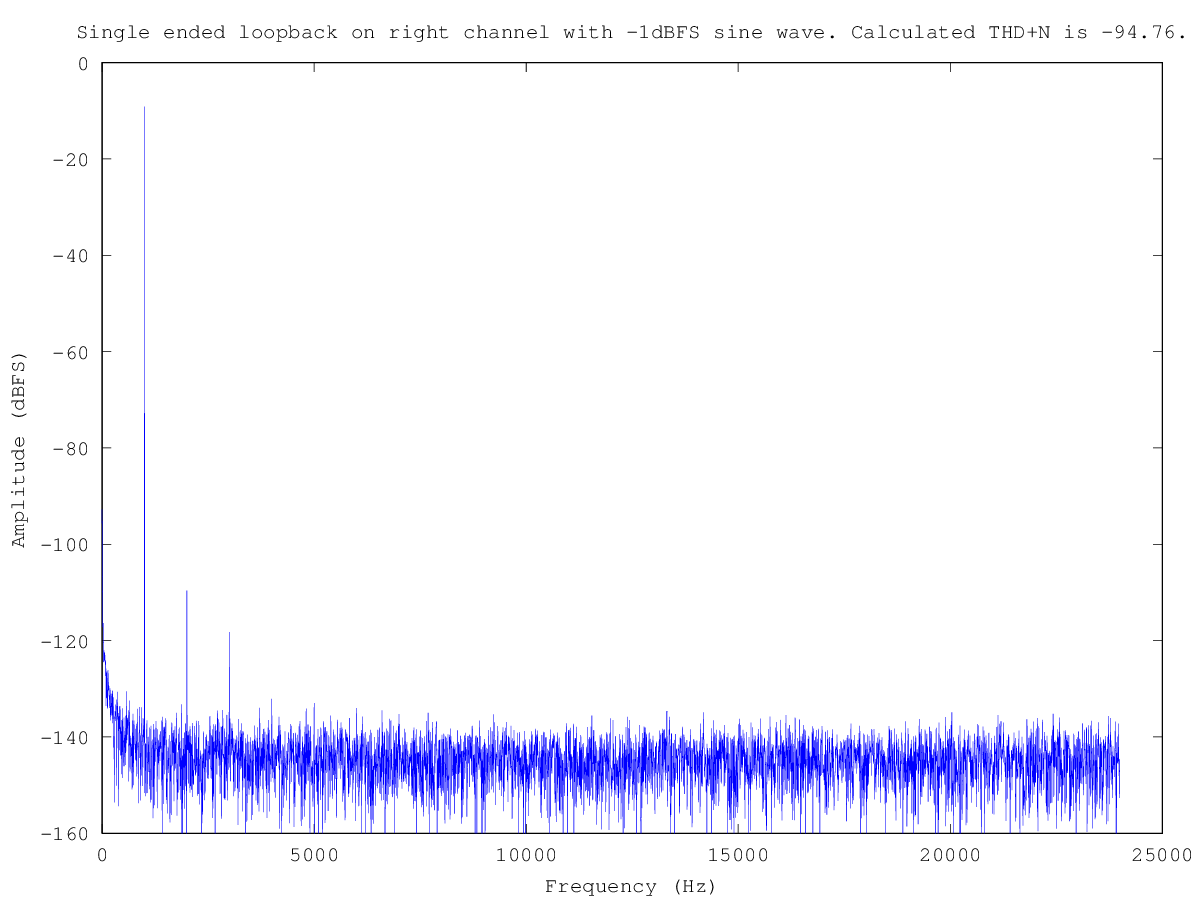 I see you are putting the overlay for this project into the Raspbian distribution and that it is available for testing via rpi-update.  Keep up the good work and keep us posted!

amazing project , did'nt know about digital issolators. going to use some kind of issolators on my dsp mixers I2C bus now I know they exist :)

Hi there, have rebuild your board twice, performance is ok, but THD a little lower (-90dB, using galvanic decoupling). I had the boards made with dirtypcbs, which was a little cheaper without ENIG finish (still have some left if anyone needs one in Europe).

All in all a great project! Thanks to William for this!

Hmmm, that's curious.  All the boards that I've made have been at least 98dB.

Out of curiosity, how are you measuring THD+N?

When you say galvanic decoupling, are you putting audio transformers on the outputs/inputs?

I wouldn't think that a different board house would make much of a difference on the performance.

With decoupling I referred to the Silicon Labs digital isolators (not sure if they offer really galvanic decoupling in the sense one would get e.g. with opto-couplers). We built one board without them just using zero ohm resistors, that had a bit worse THD.

For the THD+N I used the demo source from the Git repository and ran Matlab's thd function on the data. One can specify the number of harmonics to be included, we just used default.

awesome, would like to create a low budget sound measurement device.  Rpi and this board, attaching a class I microphone from Brule kjaer.  This board will be perfect

Sounds like a cool project.  I hope to get some adapter boards designed up for the Rpi, so that it's not point to point wiring like the picture I have up. I won't be able to get to it until after the first hackaday prize deadline, though.