Space is fun [citation needed]. How about exploring secrets of the cosmos, but without NASA’s budget?

Average shooting stars, also known as meteors, are caused by walnut-sized pieces of space rocks left behind by a comet. Observing those fragments as they ignite in Earth’s atmosphere can give us their orbits, which means you know from which part of the Solar System they came from. In cases of very bright meteors (aka fireballs), it is even possible to retrieve a fallen rock! How cool is that?!?

The goal of this project is to observe meteors, by a global network of CCTV cameras pointed at the night sky. Each camera is connected to a Raspberry Pi 2 running open-source software for video capture, compression and meteor detection.

In other words, with a meteor station attached to your house you’re exploring the Solar System’s formation and evolution!

You know we could get hit by a rock from space, right? I bet a large rock would do some serious damage though. Help us find them while they are still up there!

Every day hundreds of tons of small interplanetary objects enter Earth’s atmosphere. These tiny fragments can offer us unique view on Solar System formation and evolution. Yet, most of them remain unobserved.

The most common effect that these small objects produce when interacting with Earth’s atmosphere are meteors - better known as shooting stars. If a lot of meteors can be noticed coming from the same spot in the sky during a period of time, we call that event a meteor shower.

Besides offering a good backdrop for summer romances, the most popular meteor shower, the Perseids, are also a very interesting source of information about the Solar System. We know that they originate from the comet Swift-Tuttle. During its many passages close to the Sun it lost a considerable amount of small particles on its trajectory, which the Earth regularly passes through every year in mid-August.

But are there any meteor showers we don’t know from where they originate from, a comet or an asteroid? Can these unknown objects potentially hit Earth? The answer to both of these questions is - yes. Can we do something about it then?

We can observe. We must see what is happening on the sky and in our interplanetary neighbourhood.

With at least 2 of these systems whose cameras are looking at the same volume of the sky, meteor orbits can be calculated. That means you know from which part of the Solar System that meteor came from. 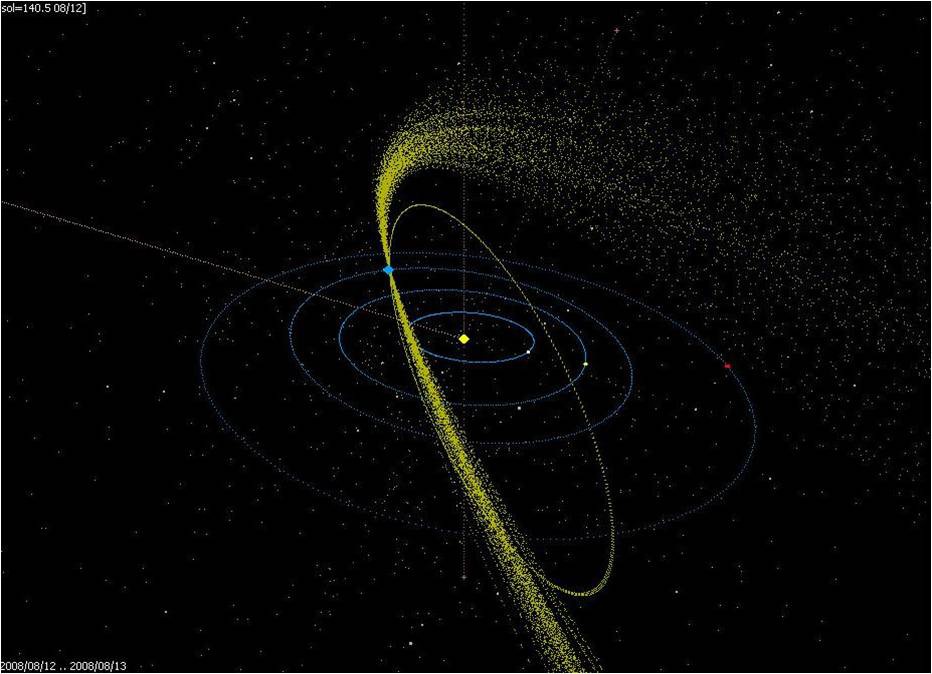 Average meteors are caused by walnut-sized pieces of space rock left behind by a comet or were chipped off an asteroid. Meteors pose not threat to us as they completely “burn” out in the atmosphere, but their orbits can be a very good indicator of something bigger on the way.

Very bright meteors are called “fireballs” and sometimes if the conditions are right, and the piece of rock that entered the Earth’s atmosphere and caused the fireball is big enough, you can recover a fragment of that rock on the ground (also called meteorite). 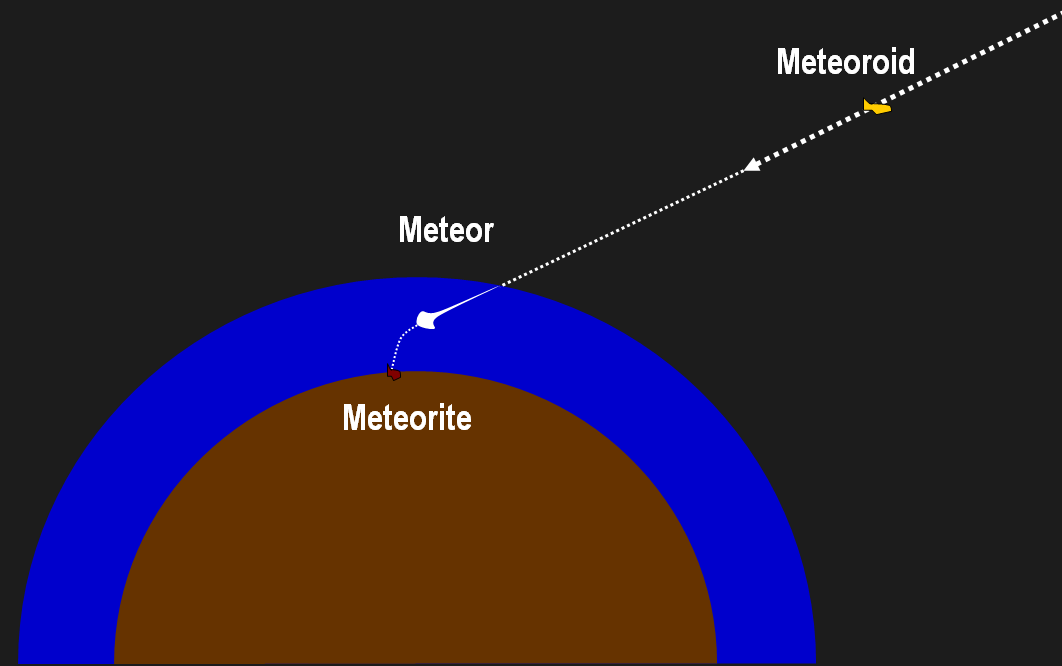 Most of the meteorites that are found today were not observed as fireballs, meaning we don’t know their orbits, meaning we don’t know where they came from. But if you observe the fall and collect the meteorite, you will hold in your hand a piece of a space rock you know EXACTLY where it came from. No need to send an expensive space probe to collect just a few dust samples.

Now the ugly part - that rock you are holding now had mostly the same orbit as its parent body (a comet or an asteroid). The trouble is that sometimes we have no idea what and where that parent body is, or if it poses any threat to us. That comet could still be somewhere in the Kuiper belt and on a collision course with Earth. Meteor orbits will help us by pointing us where to look for unknown parent bodies.

OK, enough fooling around, we can’t hide the truth. The REAL goal of this project is to save the world. But by doing that, we can maybe learn something about the Solar System on the way!

Cool project! I made all sky camera that uses raspberry pi and raspberry pi HQ camera. With Meteotux PI software it works great!

we don't have the instructions up yet, I'm thinking about providing a ready image file that can be flashed, as there are just so many details to get right.

The IMX225 can be used, we use it too, but our calibration procedures will not work with an all-sky lens. They are OK up to about 2.8mm (90x50 deg FOV), but wider than that and the calibration breaks down.

I will keep you folks updated when we have more systems to sell or when we publish detailed instructions for IP cameras.

Great !! Thank you for your answer.

ufocapture has been in the monitoring before, but

ufocapture does not support ip cams, see your project can

support ip cams, I would like to ask, what kind of camera

you are using? Can any ip cam use your program? My English

is poor. Thank you

sure, we're using IMX225, but I think IMX290 would work too. They are both CMOS. The resolution is 720p, more than that is not really feasable.

We are still working out the details and the instructions how to build your own, there are a lot of details how to get things right and we need to carefully document everything!

Any IP camera should do, but it needs to be sensitive enough to see meteors and enough stars. Also, we are focused on moderate field of vew meteors, not all-sky. This means that our calibration procedures will not work for all-sky cameras.

Hi, I have all the components to make the project, but I am a totally newbie with RPI2. Is there any guide to follow for the configuration and the run of software on it?
Sorry my poor English.
Regards.

I have sent you a private message :)

Hi, here in Brazil we have a Meteor Observation Network - Bramon (https://www.facebook.com/groups/bramon/?fref=ts). We using old PCs with HDDs.

Does a Raspberry Pi would work well, replacing a PC with an external hdd ?

I would like to know where you source your camera? Is there a reason why you specifically chose the camera for your platform?

We chose that camera because it's cheap and very sensitive (min. illumination 0.001 lux). If you can find anything better at that price range, let us know. :) We're buying it off Alibaba/Aliexpress.

How are you telling the camera apart from the fakes? I see some of the Effio's camera in the range of $20 to $300

Just a quick morning message Dario. I just wanted to say that your project description write-up, is one of the better that I have seen documented on HaD.io. When you start making more progress and have more details refined, I'd love to hop on and get a camera set up in Texas and share in it.

Thank you Chris! We'll have to get in touch soon regarding setting up a station. You can send me your email via private message, just to make tracking things easier.

Nice project! Where are you putting the USB HDD and how are you powering it? Also, which camera enclosure did you use? I'm thinking of using http://www.amazon.com/Security-Housing-Enclosure-Outdoor-Surveillance/dp/B00GP13LI6 for a garden monitoring project using a Pi Camera module.

Currently we're using larger SD card and transferring all data every day over FTP. This is to be changed ASAP. I'd suggest connecting your HDD to router, if possible, and use it over network.

Any enclosure will do fine. That one on Amazon looks a lot like ours.

How do you plan to make video capturing with the raspberry pi ?

I'm searching a sensible camera to capture stars as well, do you have some advice about a model/type ?

Looking forward to see your progress !

It really depends on what you are actually trying to achieve. Since we are targeting meteors, we need relatively high frame rate (25fps). In order to capture anything with such a short integration time, we're using high-sensitivity CCTV cameras (something like Watec 902H2 Ultimate, but way cheaper). Those cameras have analogue output. Video is fed to RPi2 via USB frame grabber (basically ADC). Look at the components list. Currently, frame grabbers represent the biggest problem, since userspace kernel drivers are far from functional.

In case you'd like to shoot long exposure photos, we guess a normal cooled astro-camera will work fine. Just make sure that it will work on Linux. Also, it depends which star magnitudes you want. Can you send us more details?

Send us PM if you'd like to setup an experimental meteor station. Some electronics and Linux skills are required.

Yes, there is a very wide spectrum of spec for cameras. Actually, I'm facing a problem with the large luminosity dynamic. I'm trying to get long exposures pictures, approx. 10min, continuously. During day and night. For daytime, I'm combining short exposures, or averaging the frames. It is working very well with the raspberry pi camera module.

I now try to get as nice images for night time. I can integrate for 10min, then I though I can get images of the stars. I reached the point where a main problem came with the Rpi camera. The automatic gain control software module don't push the camera's setting to the maximum : 6sec exp' time and 800iso, but stuck at 3.2s and 400iso. There, even with a better lens (I try a CS mount 4mm F1.4) It seems the system is not enough sensible, only very few of the brightest stars leave a trail.

That's why I think of CCTV, modern ones could make HD pictures/movie, there is often an iris on the lens, and some are very low light sensible (I saw some model with 0.01lux).

I'll have a look on Astro camera, and iris lens.

It could be difficult on my actual place to setup a meteor station as I have large mountains reducing the field of view.

Thanks a lot for your reply !

CCTV camera that we're using is B/W when in high-sensitivity mode (min. ilillumination ~0.001 lux). Combined with resolution of only 720x576 I doubt that it will fit your purposes.

For your project, hacking some old DSLR (like Canon 350d) might be a good idea. You would achieve high dynamic range trough adjustment of exposure.

Regarding placing meteor station, mountains shouldn't be a problem. FOV isn't that wide and you could just point it higher above horizont.