I made this smart mirror as a Christmas present for my girlfriend. I started to work on it right after Thanksgiving, and gave her the first iteration on Christmas. Then we spent three weeks together on a complete redesign. The second software iteration was ready by Valentines day, and the third was ready right after our anniversary, March 14th.

Now the mirror software works great and anyone can submit more apps on Github. The hardware is finished except for the hand built scroll wheel HCI (for now a Bluetooth keyboard works as a good substitute). Deploying a new mirror is straight forward with some scripts we wrote, and the entire design is open source.

You could make this mirror for around $150 of materials with tools found at a maker space.

At it's core this smart mirror is made out of observation glass, the guts of an Motorola Atrix Lapdock and a Raspberry Pi 3. The components are tied together with layers of laser cut wood and acrylic. We've finished 8 sample mirror apps and have many more apps planned related to smart routines and taking selfies.

Dreamt (ideas I'm excited about, but time expensive to prototype)

The little amount of back-end we have is written in python with flask.

Firmware for the scroll wheel is written using the Arduino Wiring framework.

The frame is made out of layers of MDF and feature a cavity to house the scroll wheel hardware.

There is also a layer of vinyl sticker applied to the back surface of the mirror to block light emitted by the electronics. 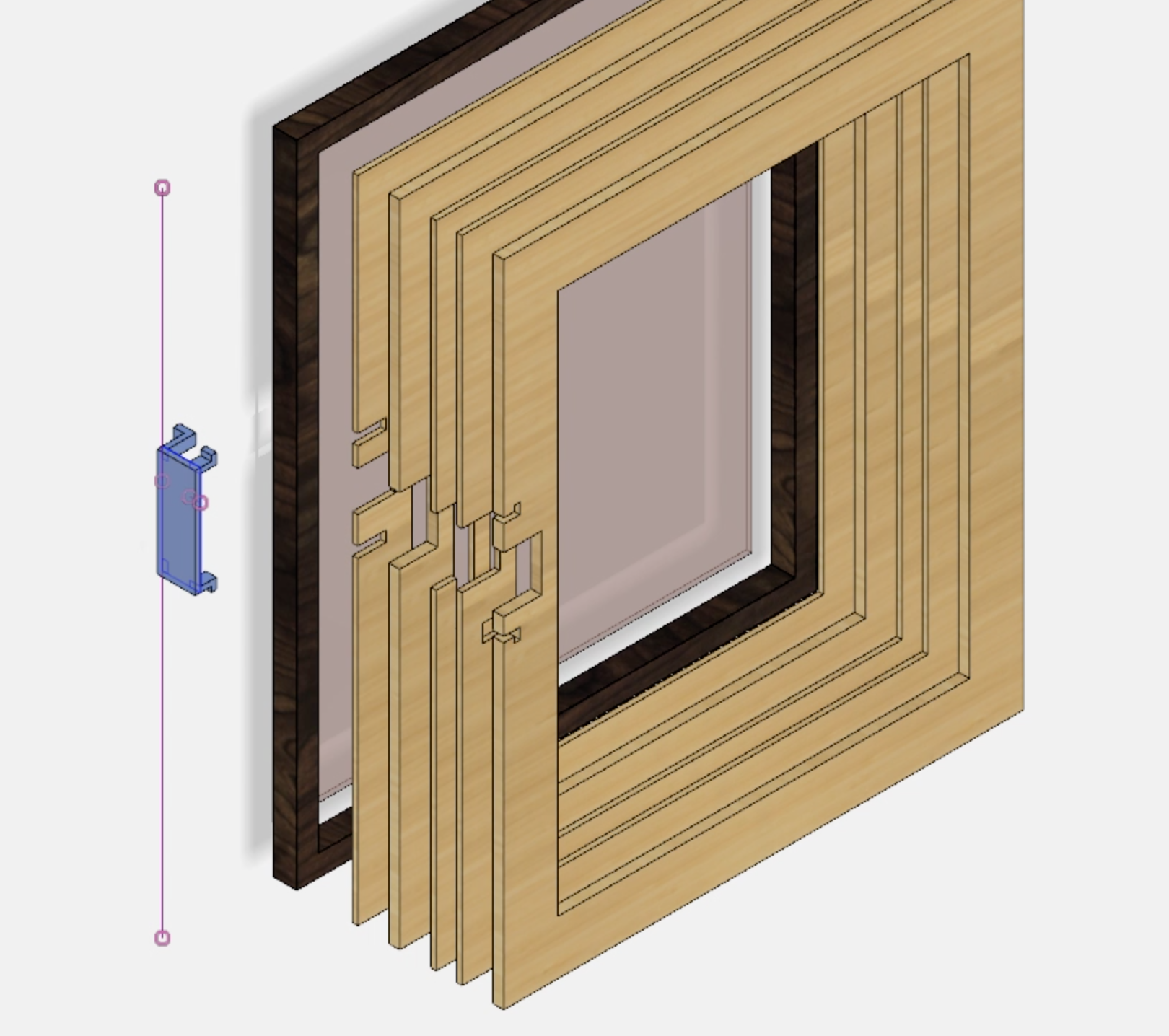 This project takes inspiration from the other amazing mirror projects on the internet. Shouts out to Evan Cohan's smart-mirror project as it was the first one I saw and it's awesome.

Hello, I downloaded your code. And now it worked in my PC. see a photo, https://flic.kr/p/GWXBTS .

Awesome! Did you have any trouble setting it up? If you wanted to add something to the software, what would it be?

^.~  I met some troubles first. It costs me about 4 hours to make it work. I am trying to redesign a part of your software. ^.~  I want to turn your Python part to node.js .

And I have a thought to control it by hand gestures.

Your design looks much better!

Oh awesome! That is something I wanted to do as well. In particular I wanted to get Google calendar OAuth to be happening in node.js instead of python and then it would be little work to port the rest of the backend over to node.js. LMK if you want help, and I'll take a look at any PR you send my way on Github.

Interesting project. To add a touch screen the best approach would be to go the surface acoustic wave route. I did a quick search for DIY touch screens and found another HAD project that you should look at which may allow you to add a touchscreen interface. The project is http://hackaday.com/2012/05/08/replicating-the-fancy-touch-sensor-that-uses-anything/

That's really cool! Does the surface need to be conductive? I wonder if the mirror acrylic has a low resistance since I'm guessing they've got metal in them, or if there's a film we can get that is transparent and conductive.

Nice work for your hack, I like the design especially the morning Quote.  Nice job Michelle!

About a year ago I set out to create a functional smartphone from a Raspberry Pi. Its been a fun adventure!
Project Owner Contributor

The rCrumbl the Ultimate RaspberryPi Phone

The 2017 Hackaday Prize
Simplify the way of documenting projects in software and hardware, based on Raspberry Pi Zero and camera module
Project Owner Contributor