The main propose of this device is to connect remote radio-studios (or live-events) to a radiostation over the Internet using an IceCast2-Server. It basically is a hardware IceCast2 Upstream-Client. It is combining various building blocks: An embedded Linux Module, a micro-controller and an AudioDSP to accomplish this task
Work has started in 2010-Hardware is finished and polished, but the Software still needs some tweaking-I'll try to release the firmware V1.0 for the device in autumn. Nevertheless there are already apprx. 40 users relying on the OggStreamer as a solid tool for audio-encoding and streaming. Most of the users are free radiostations, therefore the OggStreamer assists in the democratization of the medium radio, because it enables an easy way to implement remote studios, thus bringing radio closer to the people.
Because work was carried out over the last years I will gradually add content to this project-description as a way to retell the story of its creation.

For EDA we started with PCAD2006 - but to make the Design more accessible I asked a friend to do a conversion to KiCad - as we are trying to use accessible (preferable OpenSource) SW-Tools as much as possible. A friendly guy from the web stepped in helping converting the Design to KiCad - unfortunately to view/edit the PCB Layout you will need the KiCad-GOST version. Viewing/editing the schematics also works with vanilla KiCad - Making the PCB Layout work with vanilla KiCad is one task that still needs to be done. 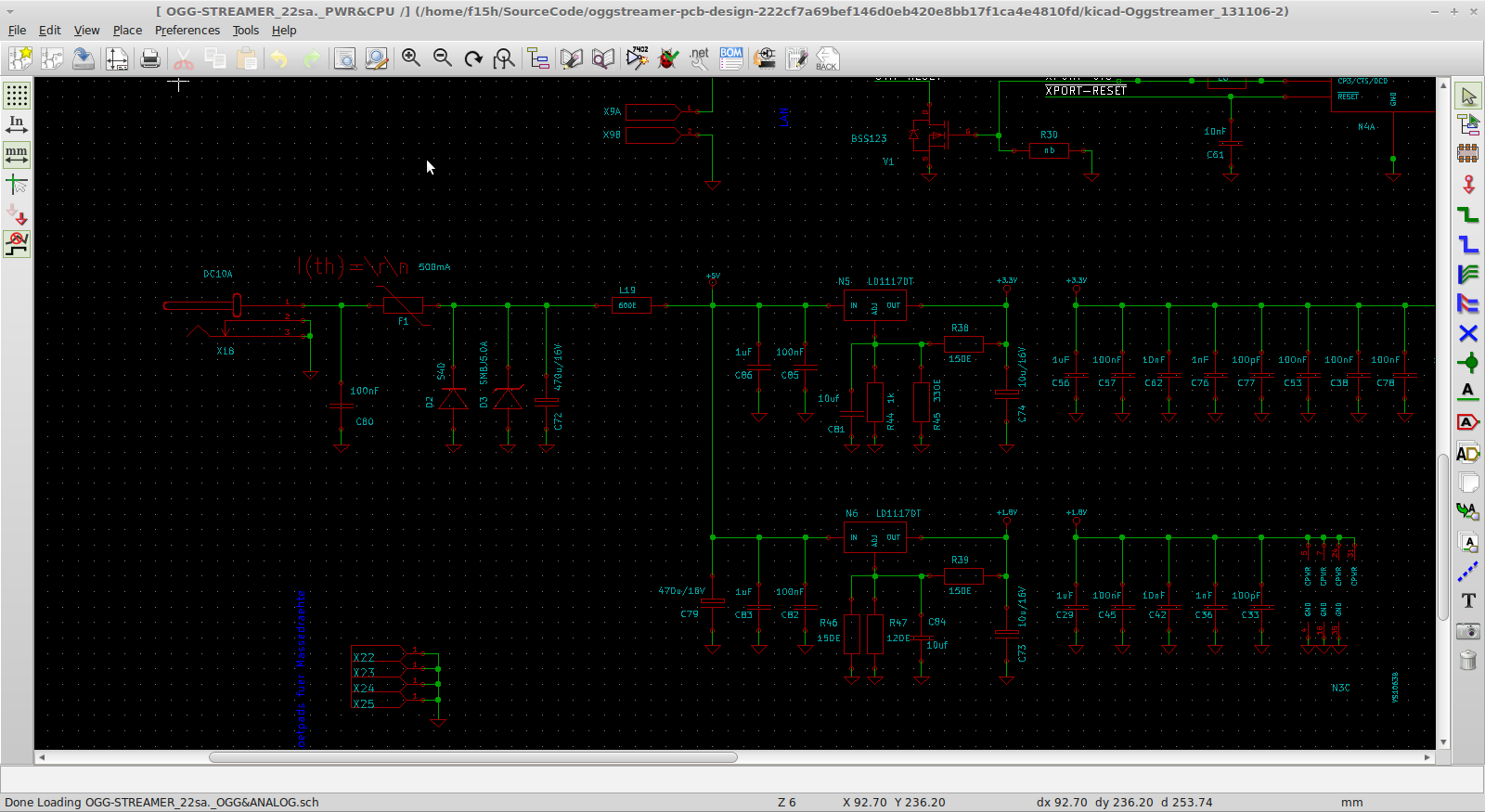 You can download the EDA-Source of this project here. (License: CC-SA-BY 3.0)

For 3D-CAD I used Sketchup (running on Linux using wine) which sounds a bit ridiculous at first - but it worked out quite well - although my old computers had a hard time to handle that number of Polygons. Sketchup isn't OpenSource but at least you can obtain a free version of it - which is good enough to work with the 3D Model of the OggStreamer - Modelling the Device in 3D really paid of as we caught two errors, which would have caused a further iteration of design cycle. 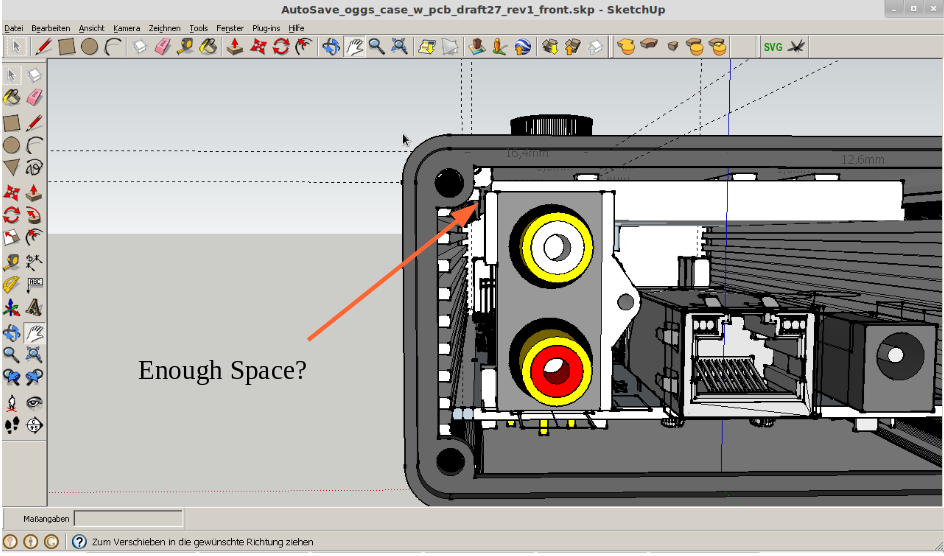 The Lasermarkings were designed by my sister using Inkscape and some additional work was done using GIMP we also decided for an OpenSource Font called Xolonium by Severin Meyer. 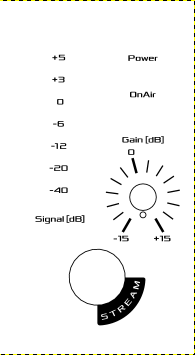 The OggStreamer consists of 3 Main Modules

An AudioDSP which takes the analog audio converts it in the digtial domain and compresses it in the OGG Format - a microcontroller (STM8) which transfers data between the AudioDSP and the Linux Module and aditionally controls the VU-Meter and Status LEDs. And finally the Linux Module which takes the AudioStream and sends it over Ethernet to an IceCast Server using the libshout library.

Additionally the OggStreamer can host an sighttpd-Mini-Server on its own – so that a limited number of listeners can directly connect to the Livestream with just with one click on the webinterface.

- License: GPLv2,Apache, BSD, LGPL, MIT and others (this is based on uclinux-dist) - contains code from Lantronix which is "/* Copyright (c) 2010, Lantronix, Inc. All rights reserved. */" - for IO Handling

Patches for the SDK:

Adam Fabio wrote 06/23/2014 at 04:07 • point
Hi Georg, Thanks for submitting your LiveRadio streaming project to The Hackaday Prize! One would think live internet audio broadcasting would be easier by now - but I've seen myself that it is either very difficult, or very expensive. It's sounds like you're pretty well into your project already, but don't forget to keep the pictures, videos, and documents flowing as you progress.