There are a ton of thoughts that go through your mind when you find out you're going to be a parent. These thoughts are developed further when you find out for the second time. This project concentrates on the realities of maintaining an active lifestyle when your new training partner's legs are a bit too short to keep up.

Pushing a running stroller at first admittedly isn't too big of an inconvenience, provided the wind is manageable and the hills are short. But as children grow and get heavier, it really starts to affect the type of training one can do. When my wife shared the great news that there would soon be two, I realized I was either going to have to seriously cut back on running or come up with some arrangement for childcare on the days I have the kids.

We joked that it'd be great for the stroller to just push itself. What follows is an exploration of how a self-powered running stroller can be a training aide to enable a continued healthy lifestyle

See below for the current project discussion. 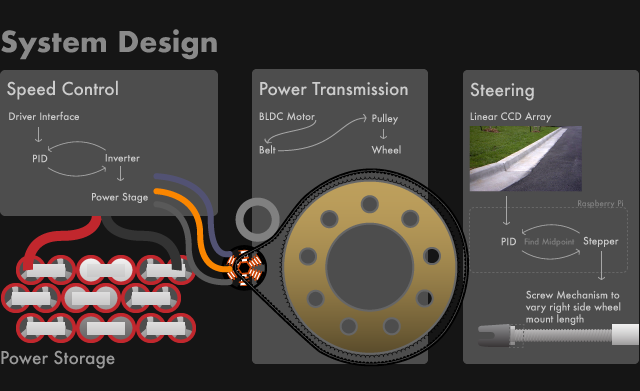 When my daughters were both little I had a front-back double buggy. That was before the invention of strollers and it was a total nightmare with its solid tryes, tiny castor wheels and upholstery. How I wished it would push itself, it was a struggle to walk. Bea got heavy and I disliked the NHS chariots...

Liked because well, some things just should be, and not just for keeping fit ;-)

Thanks so much for your warm comments. I appreciate it so much.

I'd love to hear your thoughts! How do you run with a stroller? One arm? Two? Push and glide?  Does your schedule affect your choice to exercise? How can we solve that?

Hackaday Prize 2019
Bench Grinders are everywhere. So are fingers. May the two never meet. That's where grinder minder comes in.
Project Owner Contributor