A real time display of current network usage. Data displayed on LED matrix and sent over serial UART to host for plotting.

As a geek, I like to know my network utlization when I'm gaming/streaming/bored (okay, all the time!). I wanted a device that would sit between my router and cable modem and provide download rates (Mbps) in real time. I wanted to create a standalone device that could be plugged into any 10/100Base-T network and work without any user configuration or complicated installation. I also wanted my device to not interrupt normal network operations. Thus the network usage monitor was born! The monitor consists of four main components: a PIC24F microcontroller, a passive network tap, an ENC624J600 MAC/PHY chip and a pair of 8x8 LED matrices. The MAC/PHY chip is configured to operate in "promiscuous mode", storing all network data in a buffer. The microcontroller continually empties the buffer and records how much data was emptied. Once per second, the total amount of data read from the buffer displayed on the LED matrices and is also sent via UART to a host for plotting.

The PIC microcontroller communicates with a MAC/PHY chip to receive network traffic. The PIC keeps track of the total amount of data that is received per second. Then, once per second the data is sent to two interfaces, a serial UART to a host device and onto a LED matrix. The LED matrix displays the last 16 (8x2) seconds of network usage data.

The system diagram below illustrates how the monitor connects to an existing network using a passive tap. 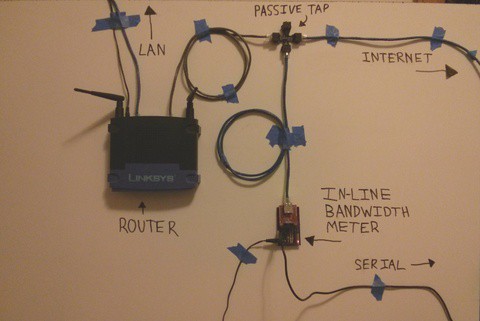 The plot below is compares the serial output (plotted in python) from the network monitor (left) against a DD-WRT plot (right). 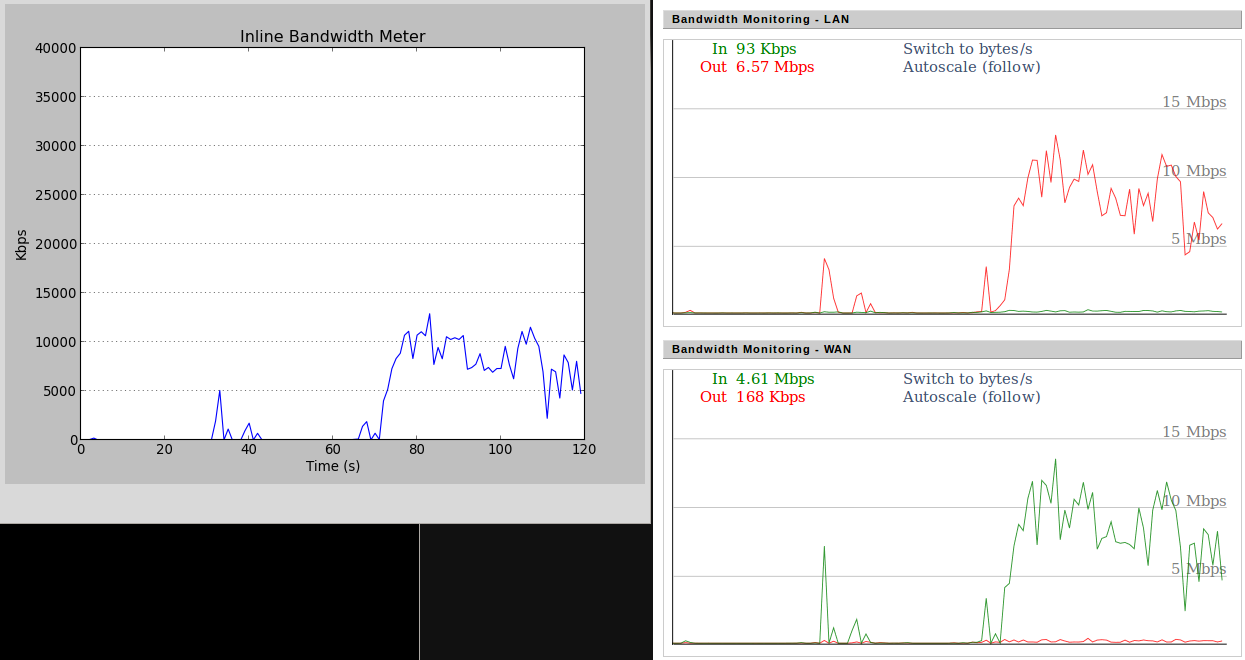 The eagle schematic illustrates how the PIC interfaces with the MAC/PHY chip via a parallel port and to the LED matrix via a SPI interface. The eagle pcb layout has headers for power, a programmer, MAC/PHY, UART and SPI. 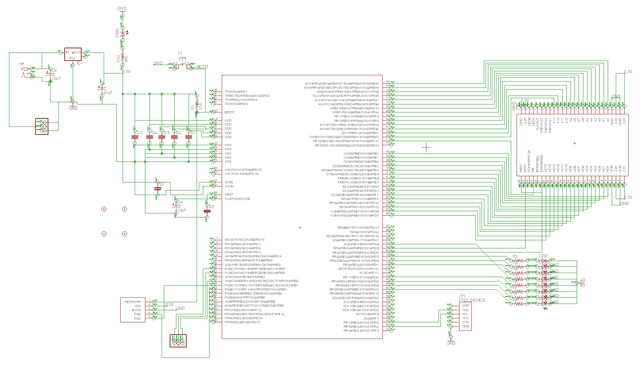 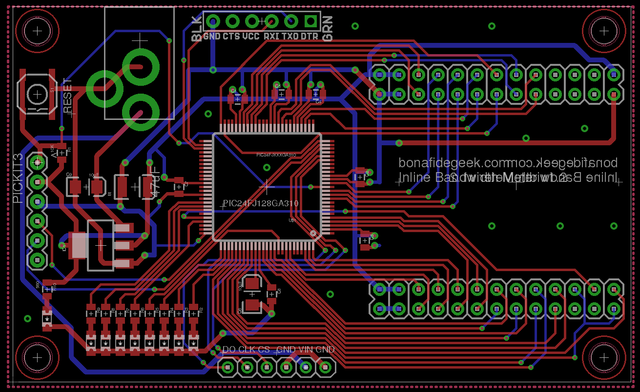 Unless otherwise specified, all posted code and designs are available under the MIT license.

This is extra ordinary you can click on the link chillicomms where they are also providing the same guidance you can take help from here.

LED screen controller over Ethernet... among others ! It's a Wiznet IP controller with a A3P250 FPGA and I/Os.
Project Owner Contributor